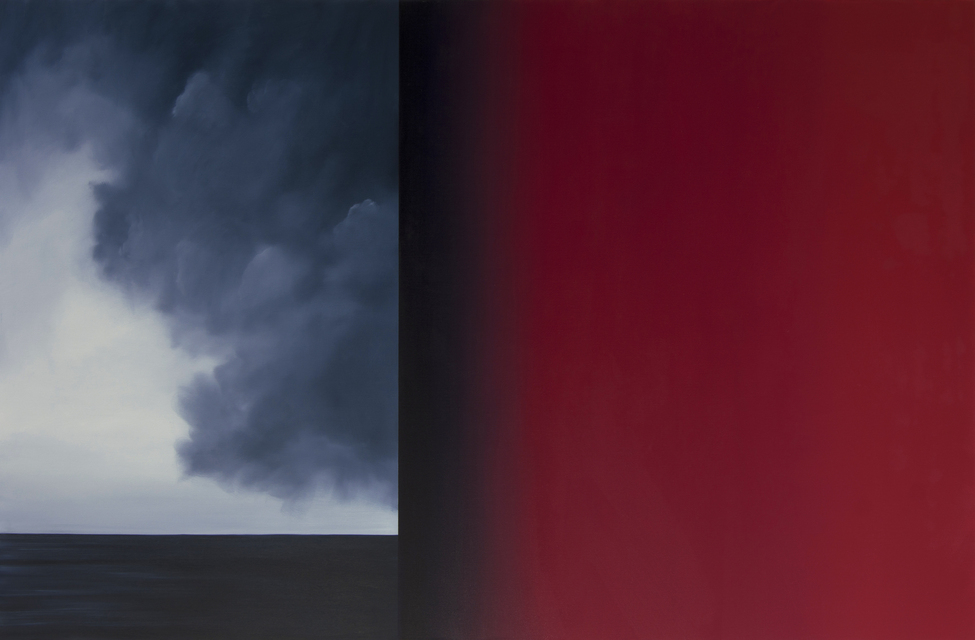 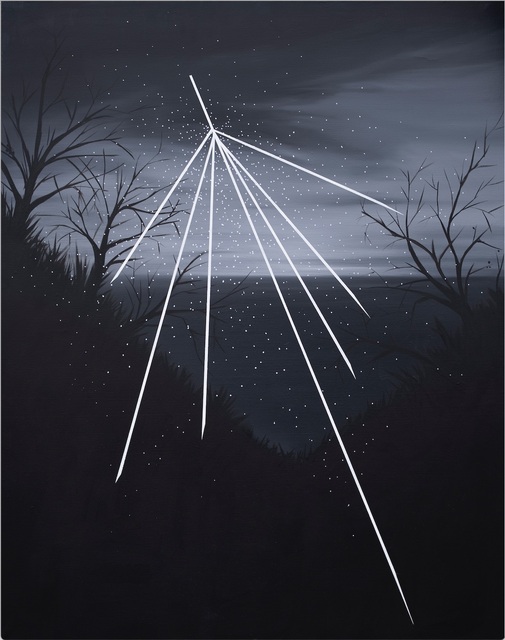 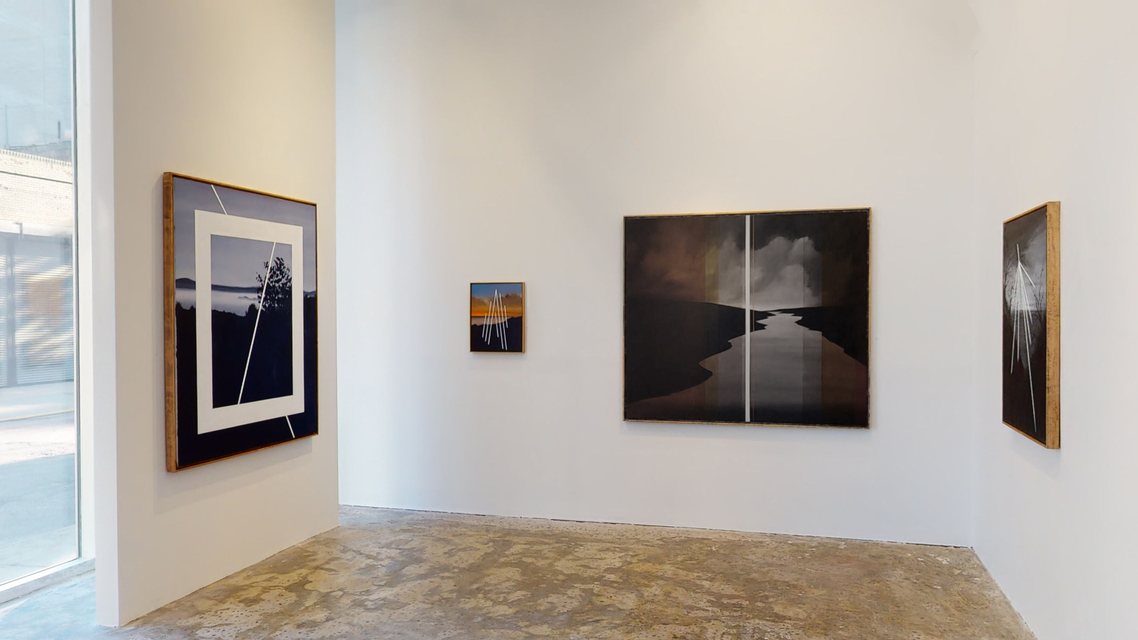 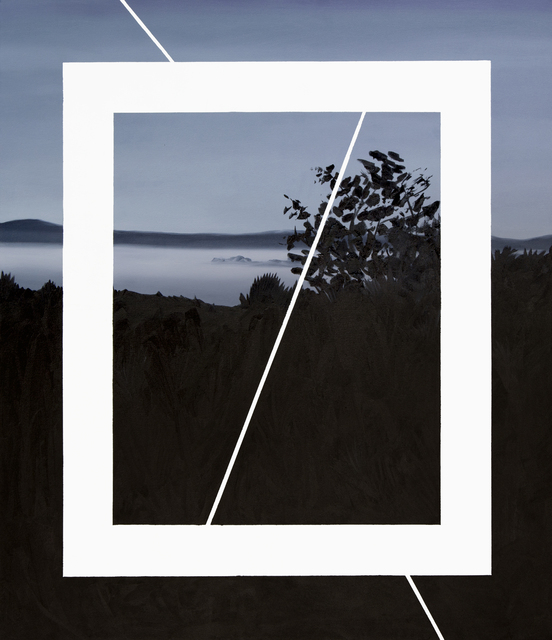 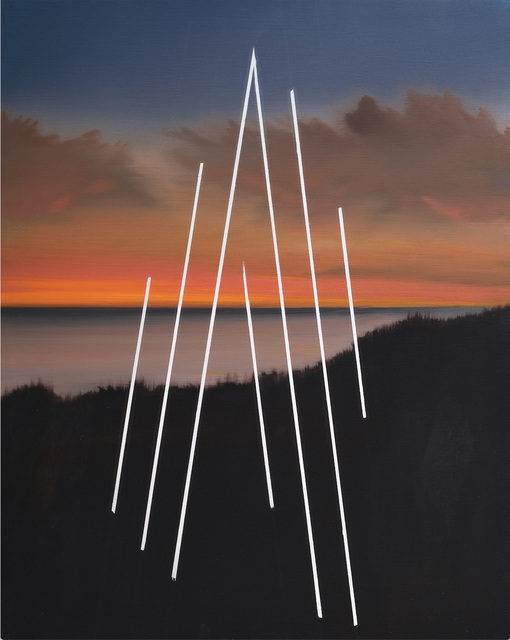 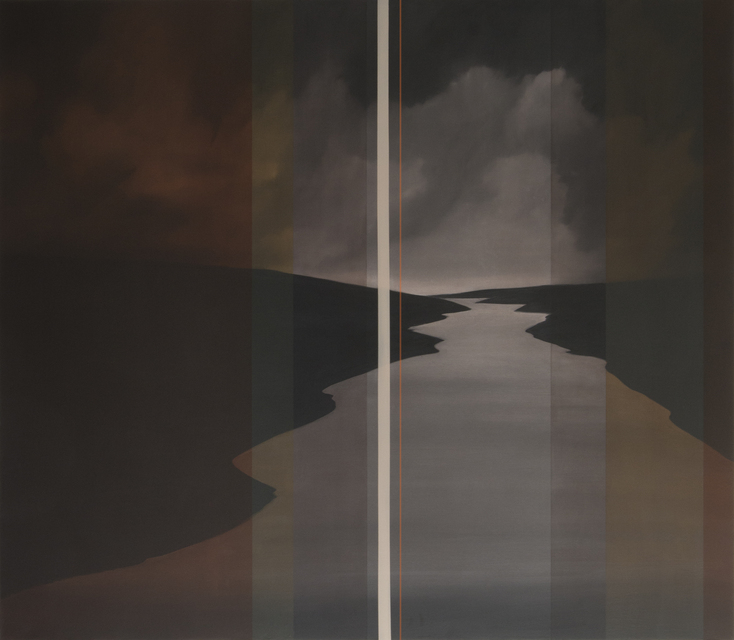 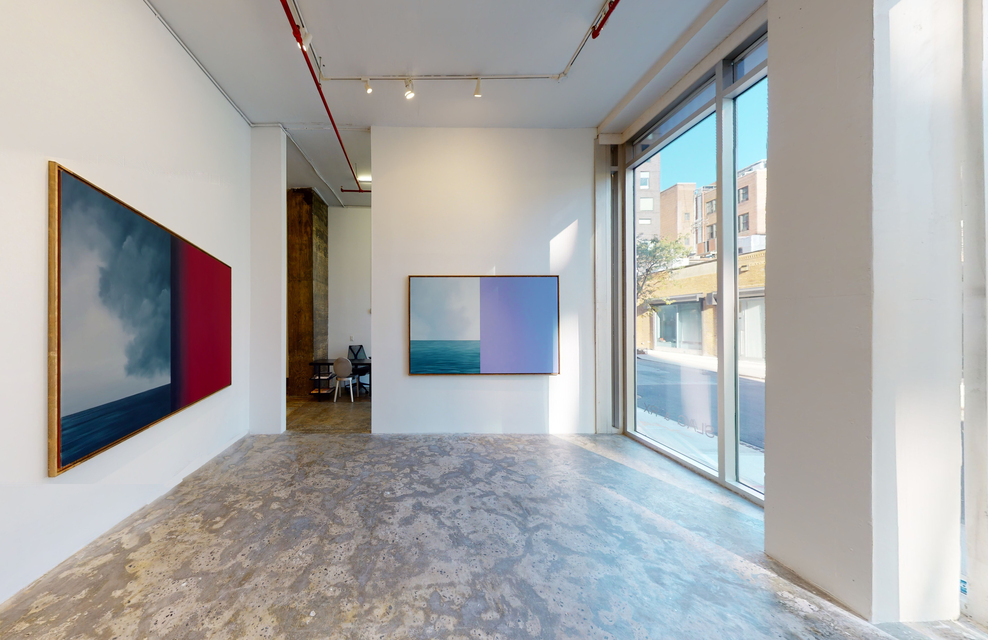 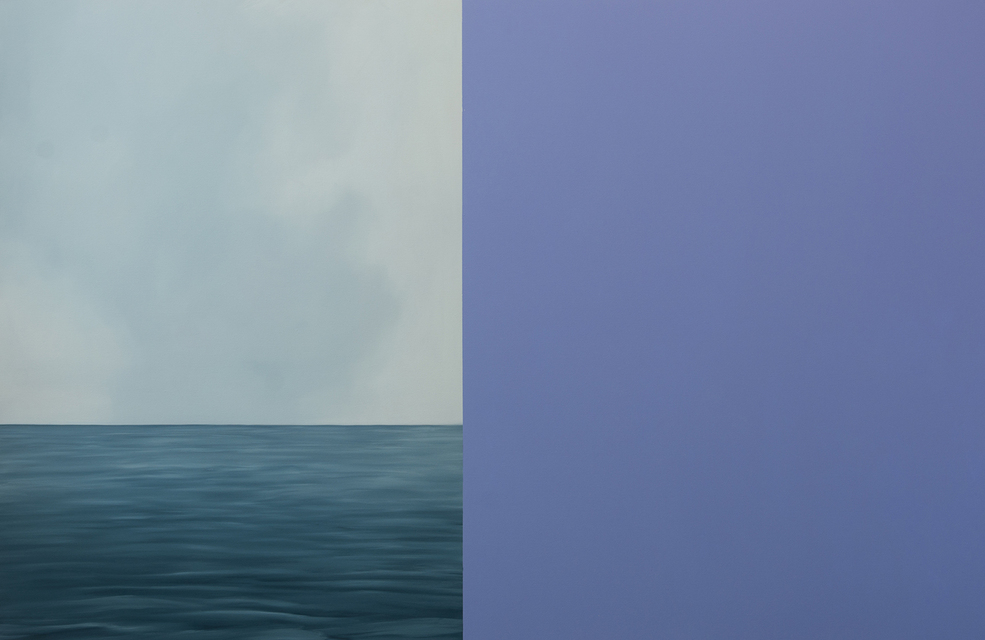 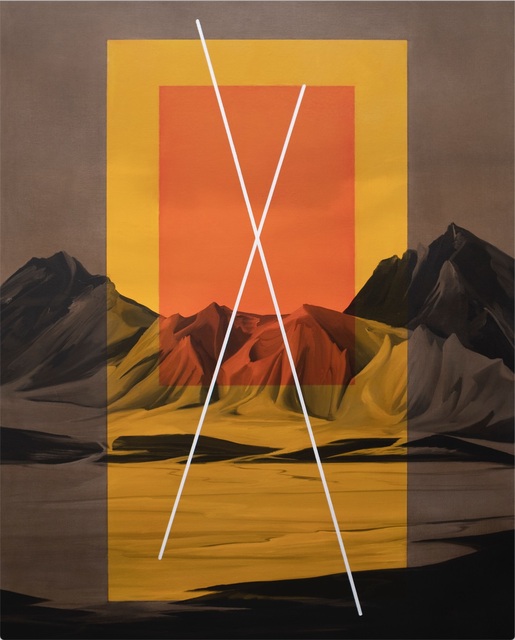 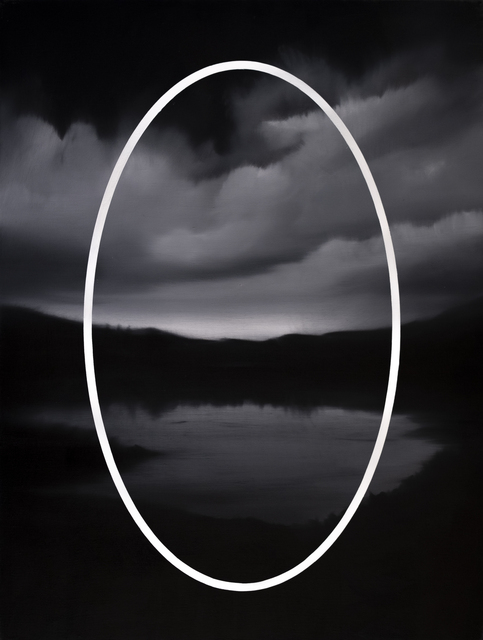 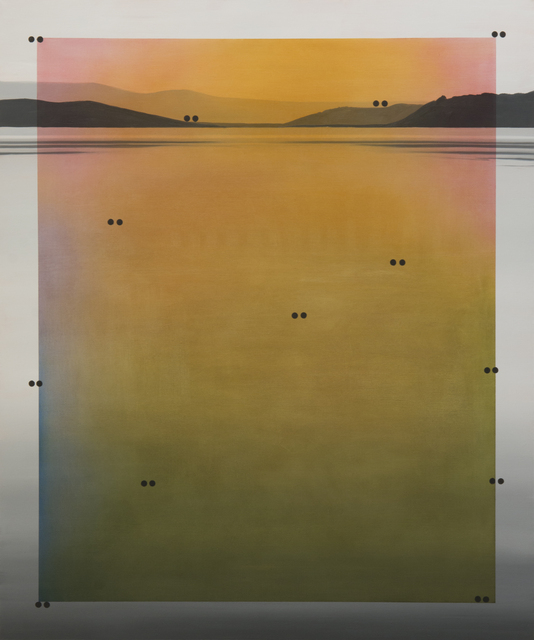 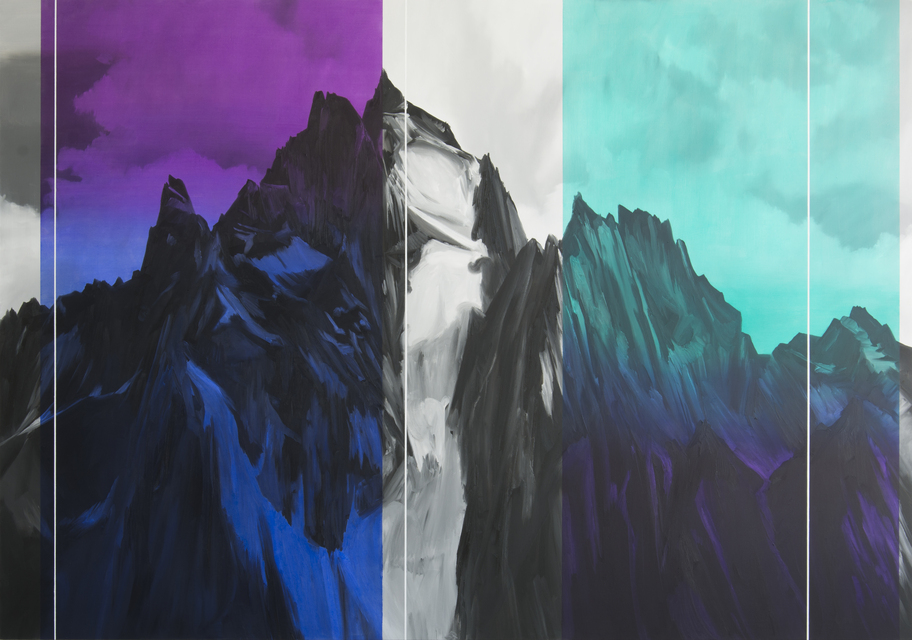 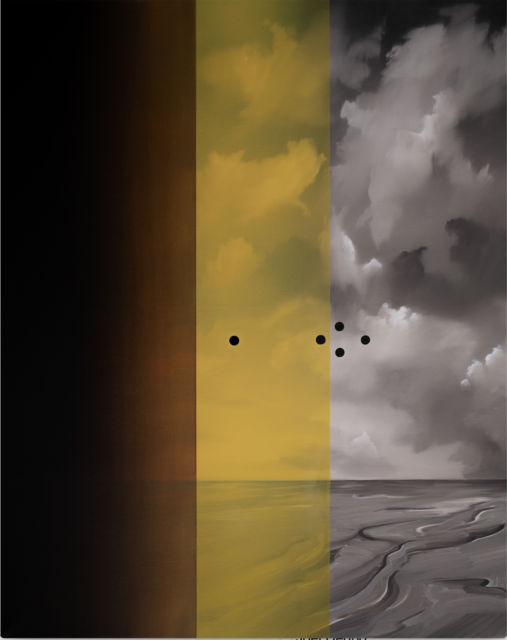 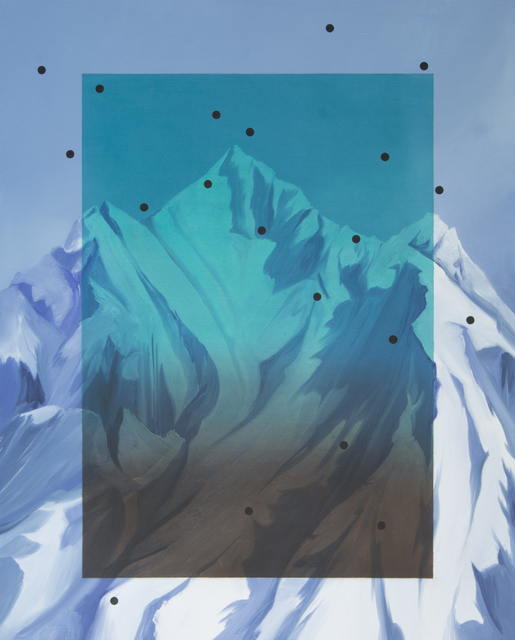 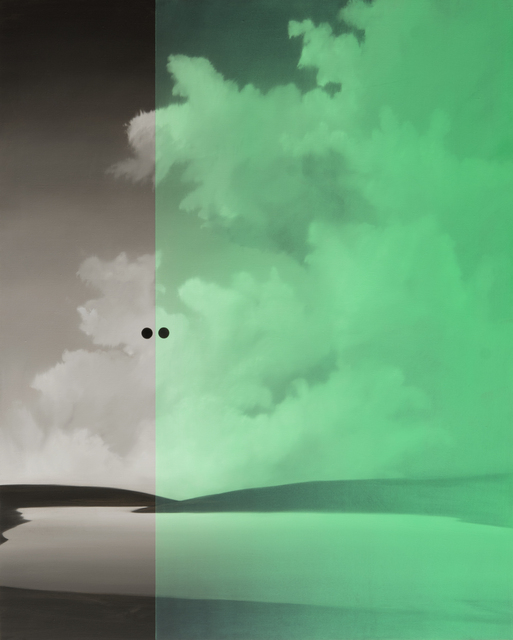 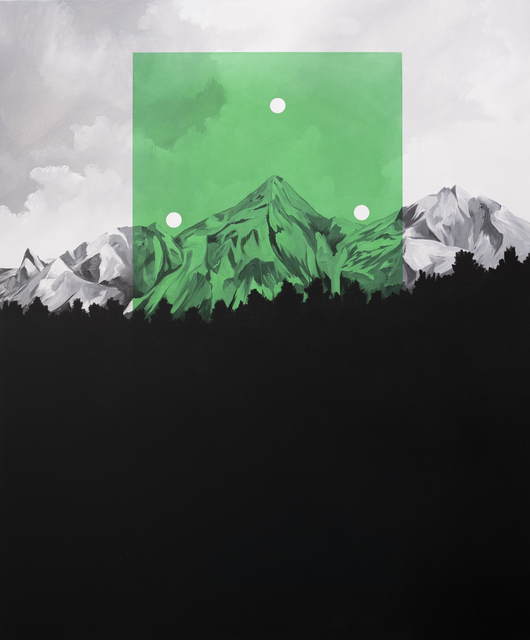 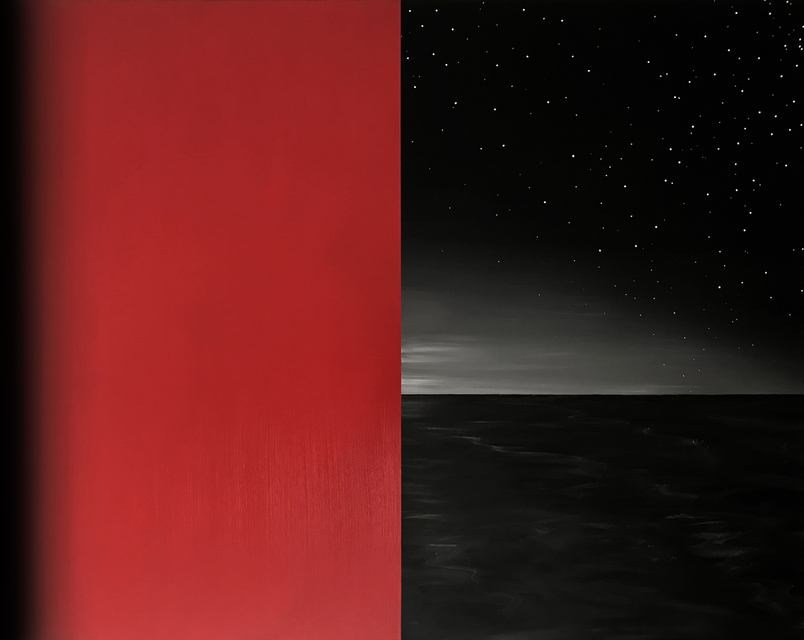 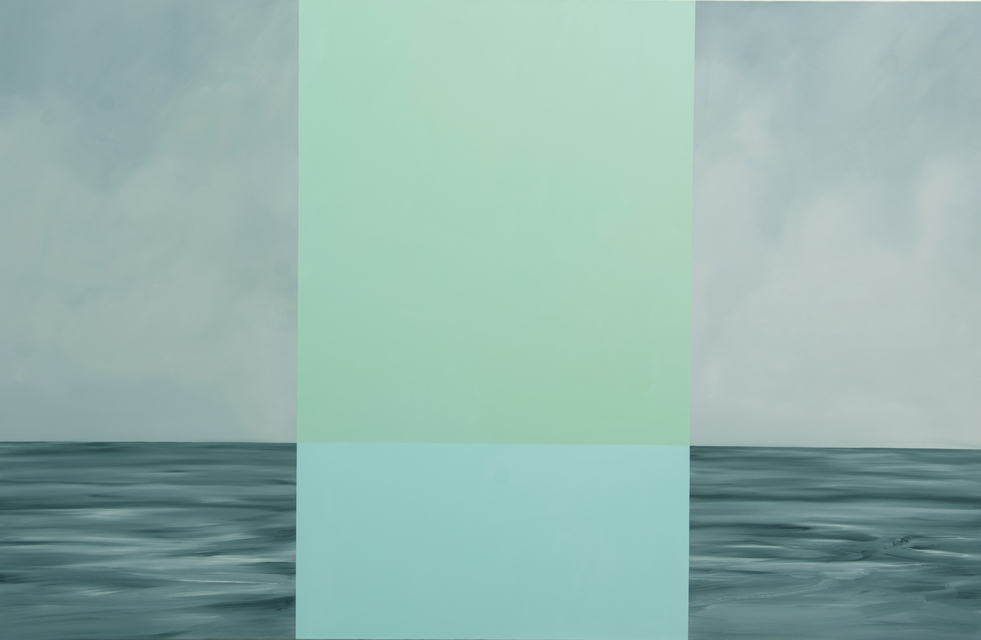 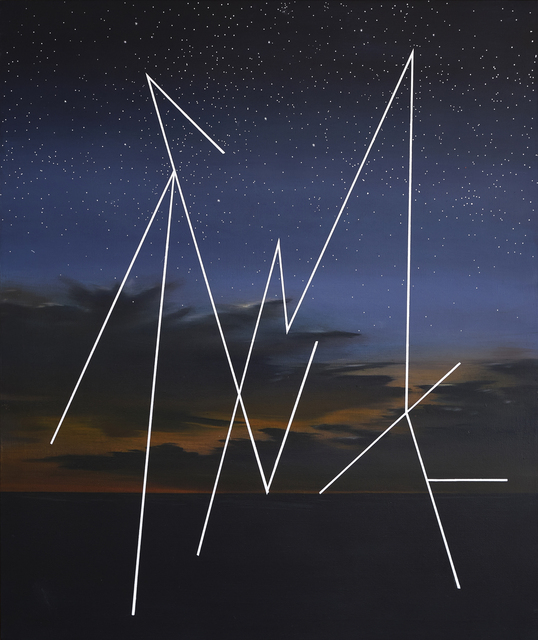 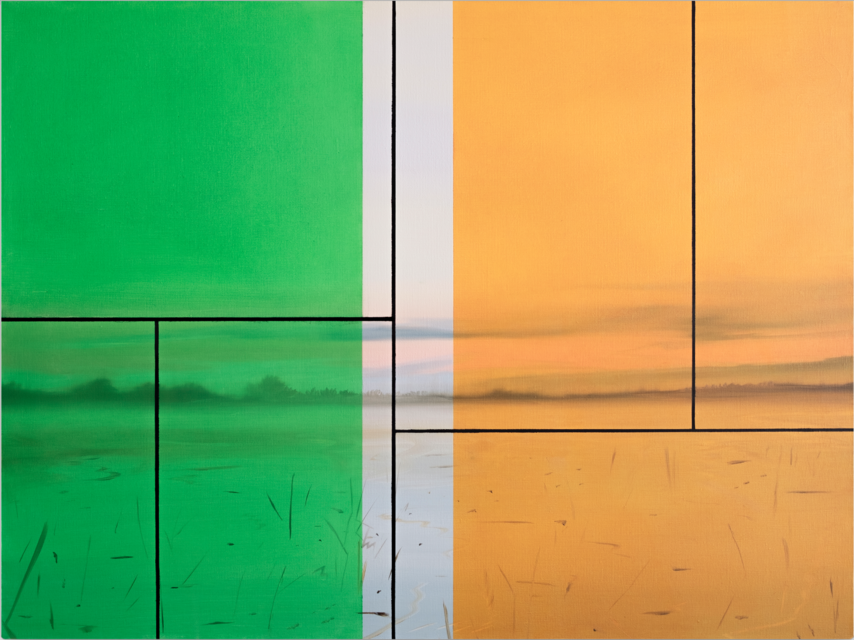 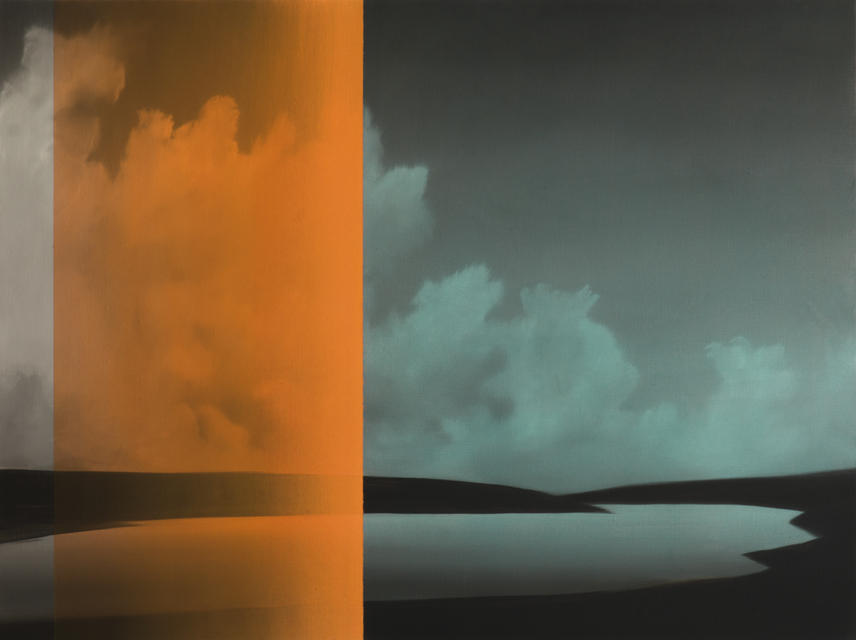 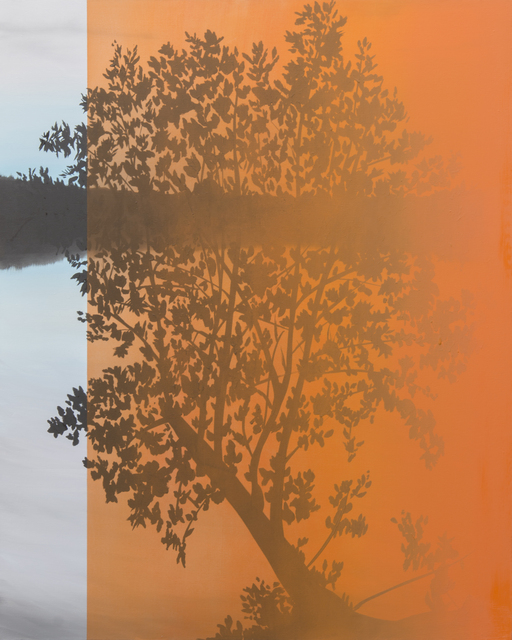 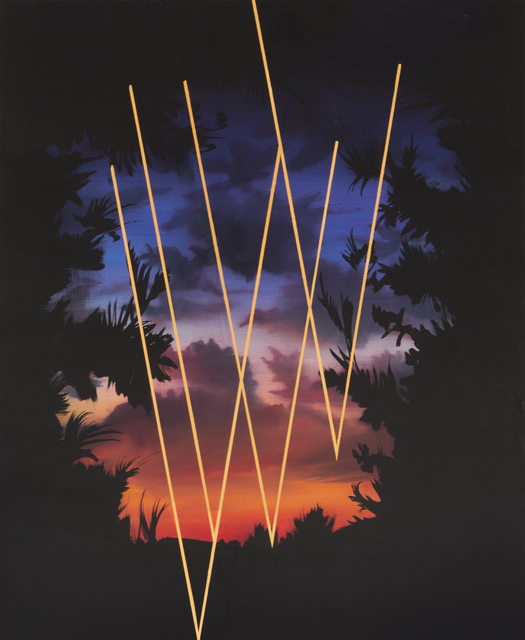 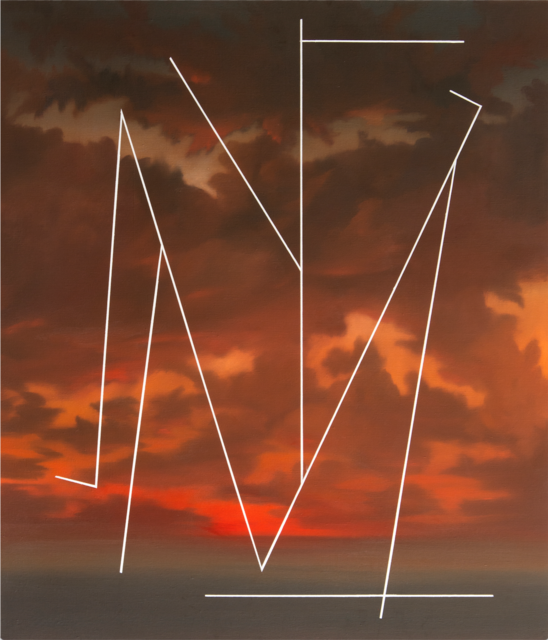 Slag Gallery is pleased to announce an exhibition of paintings by the Polish contemporary artist Lukasz Patelczyk. This will be Patelczyk’s first solo show in the United States and his first with the Slag Gallery.

Patelczyk’s painting practice—long inspired by a dialogue between nature and geometry—juxtaposes photo-realistic depictions of diverse landscapes with non-mimetic geometrical forms. Deploying an expansive color palette and a resolutely abstract vocabulary, Patelczyk invades his renderings of landscapes with a myriad of diagonal lines, rectangles, oval outlines, and dots, challenging their ostensibly bucolic nature.

The artist traces the conceptual origins of his work to the writing of the post-structuralist French philosopher Jacques Derrida, specifically Truth in Painting that was originally published in 1978. Patelczyk cites Derrida’s excerpts on passe-partout as particularly inspiring: “I understood these texts as a description of a certain phenomenon in which the frame defines who we are,” says the artist. Subsequently, Patelczyk began to think of ways in which he could incorporate framing as a pictorial device in his own painting. In one of the earliest works from the Untitled series (2010), Patelczyk placed a white rectangular form in the middle of a winter nocturnal landscape composition. In doing so, he took the composition outside of its pictorial confines, thus turning the painting into its own frame. His reliance on framing representational imagery with non-mimetic geometric forms remains evident in the artist’s most recent work. In Patelczyk’s Glass Mountain IV (2020), a monochromatic vignette of a mountain top is unsettled by a translucid green rectangle pierced with white dots. Upheaval (2019) shows a constellation of diagonal and horizontal lines appears superimposed on red clouds that conceal a fiery sunset, while in Abstract Composition VII (2018), the artist renders a calm blue seascape abstract by a inserting a solid quadrilateral form in its very middle.

Despite these and other similar visual disruptions, Patelczyk’s paintings retain a meditative quality and prompt the viewer to contemplate on the nature of the sublime. Dating back to the eighteenth century, the notion of the sublime has been used to characterize the experience of vastness and solitude in the Romantic landscape tradition and was later reinvigorated by the pioneers of Abstract Expressionism in the United States during the post-World War II era. When addressing his interest in landscape and abstraction, the artist points to a sense of synergy between these two, seemingly contradictory visual idioms. The tension between them, as Patelczyk explains, precipitates a sense of dynamism that helps to blur the traditional relationship between the frame and its content.