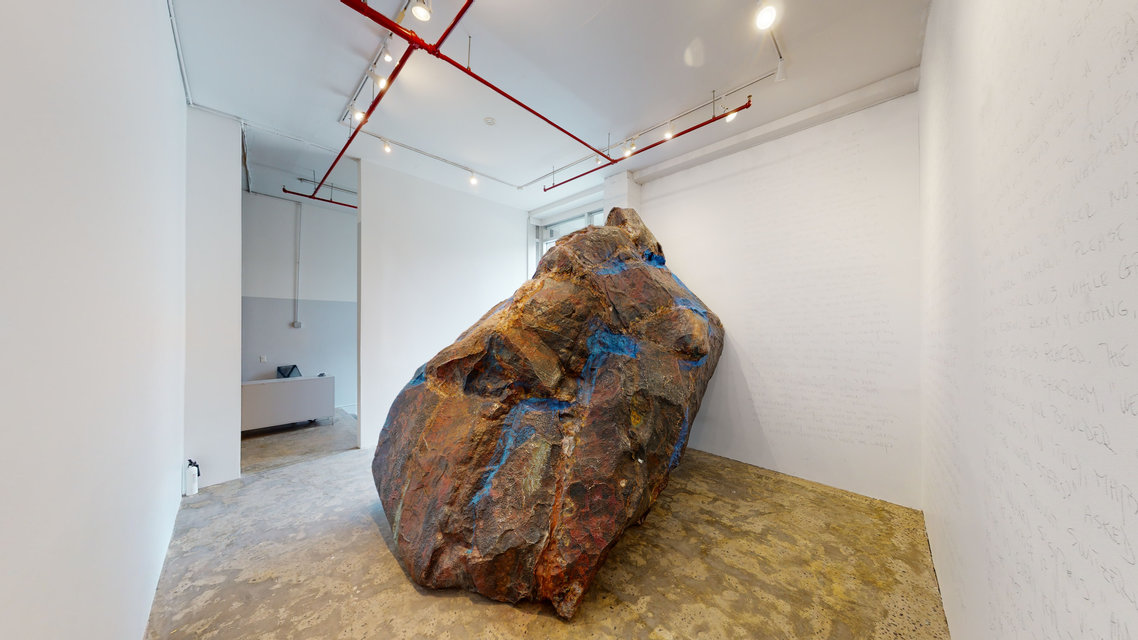 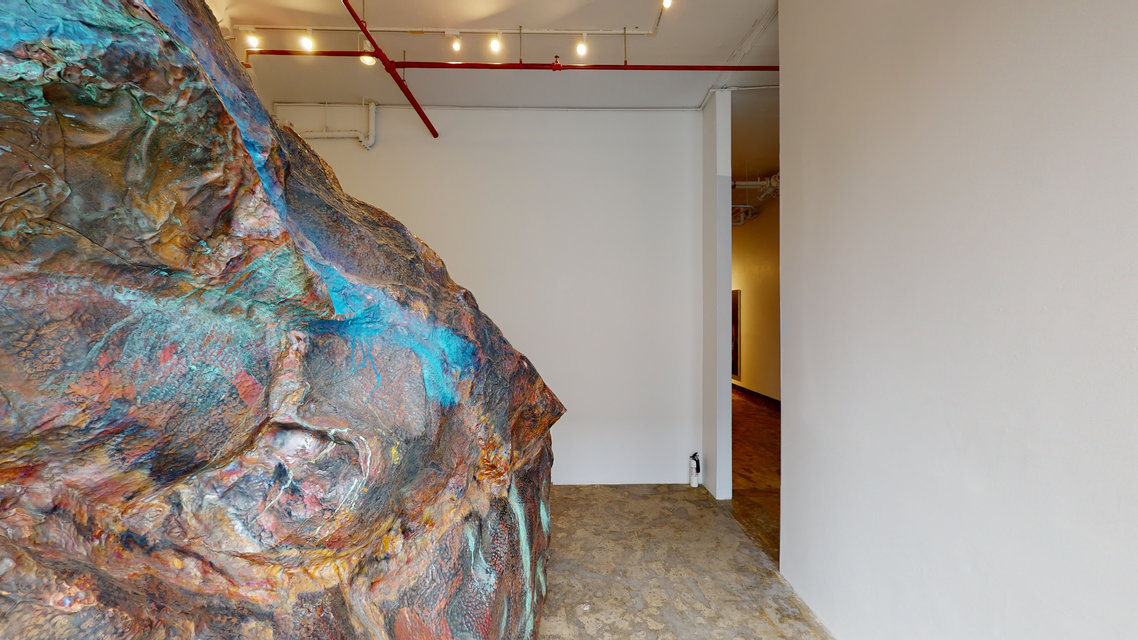 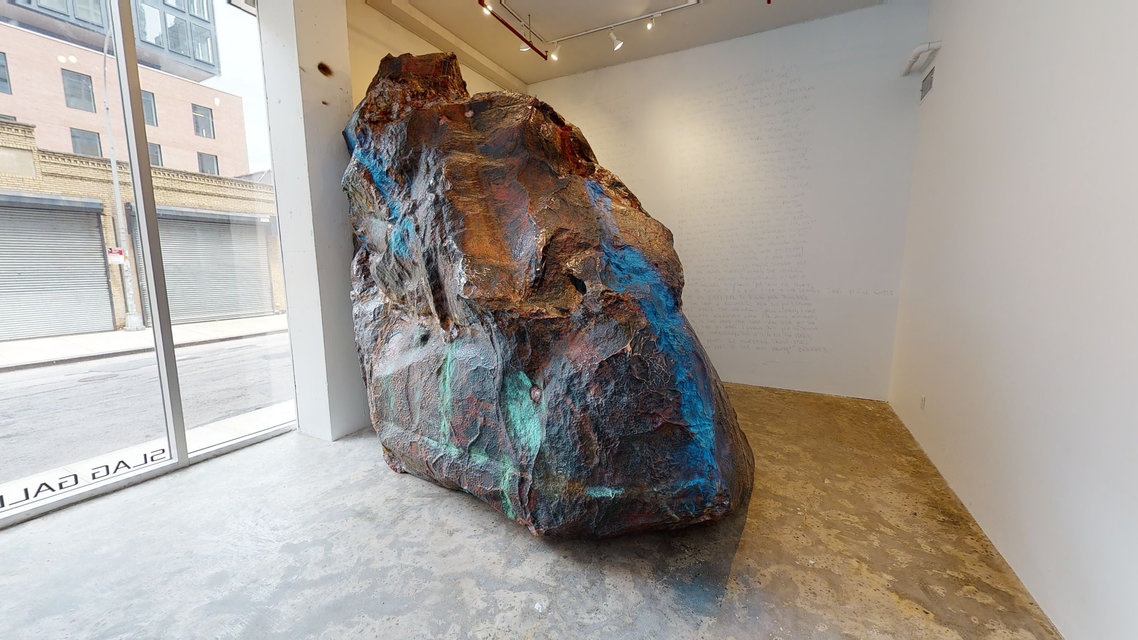 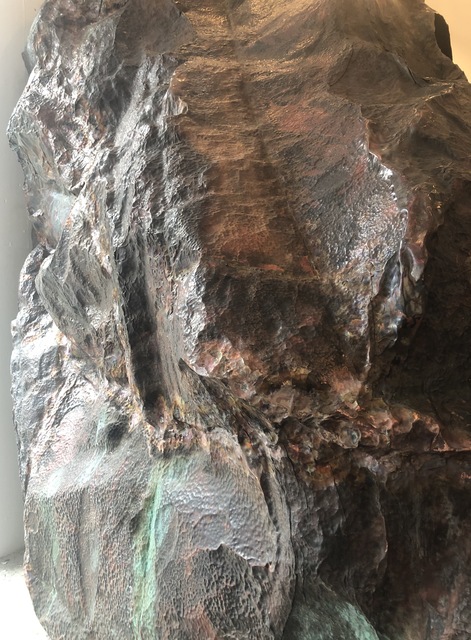 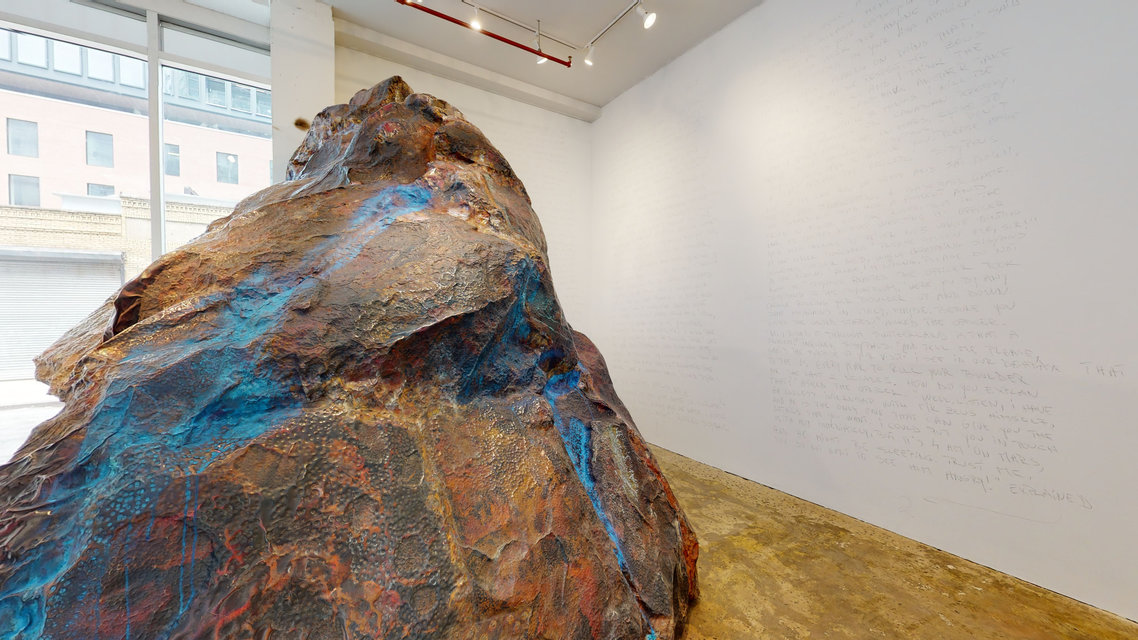 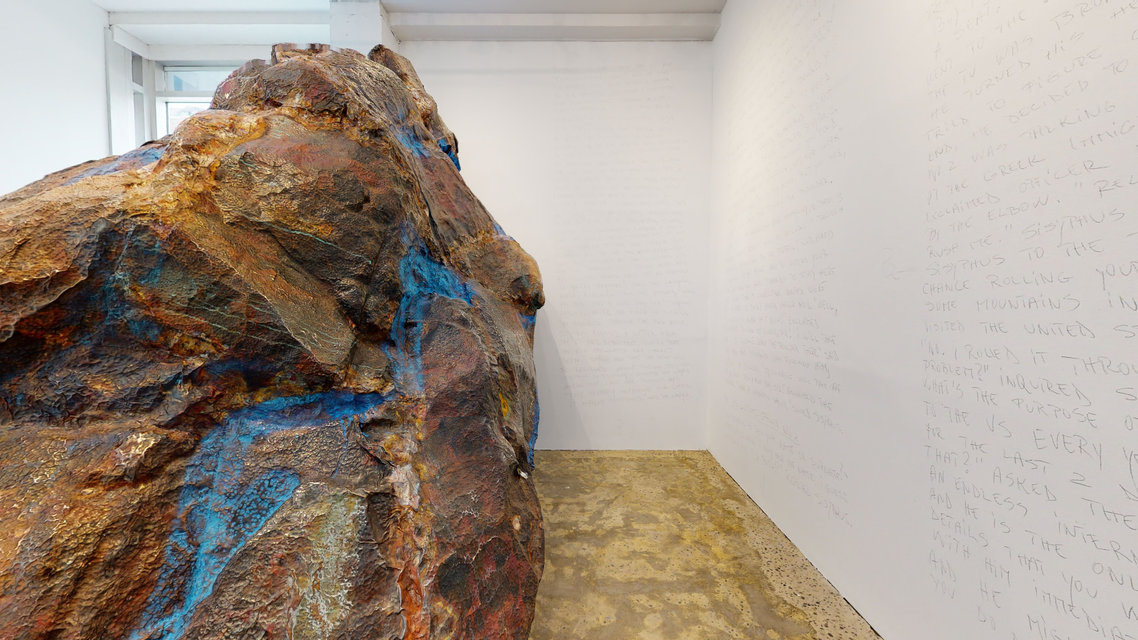 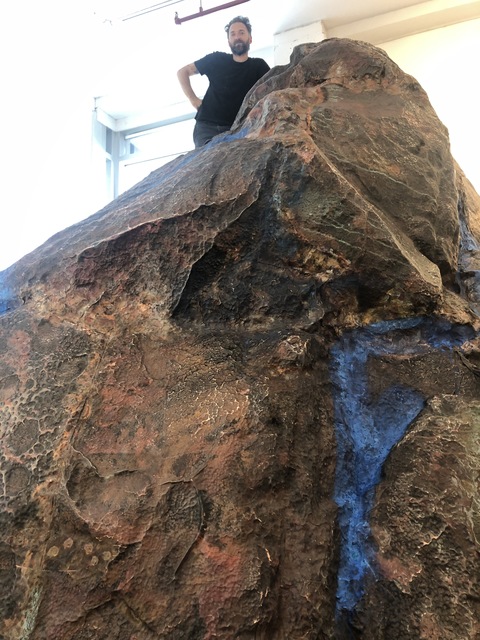 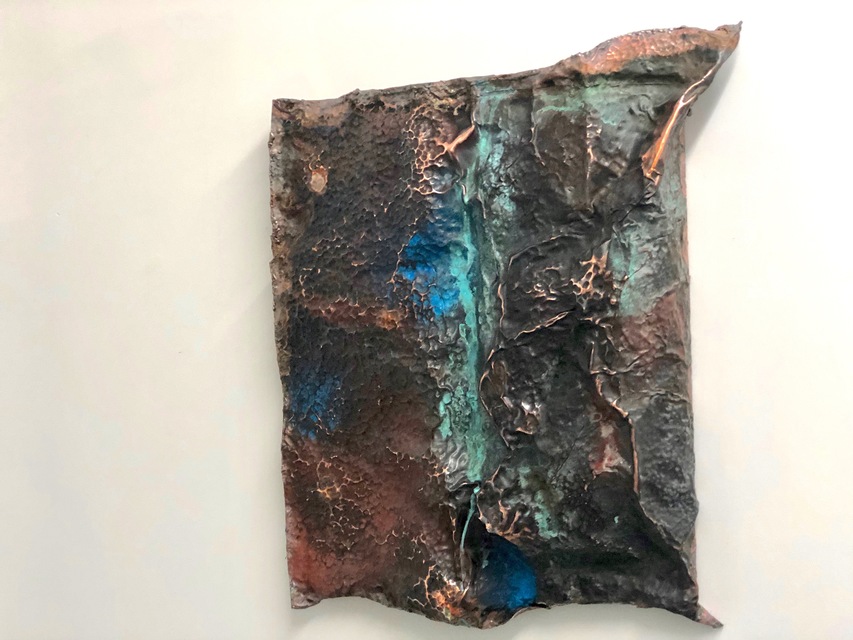 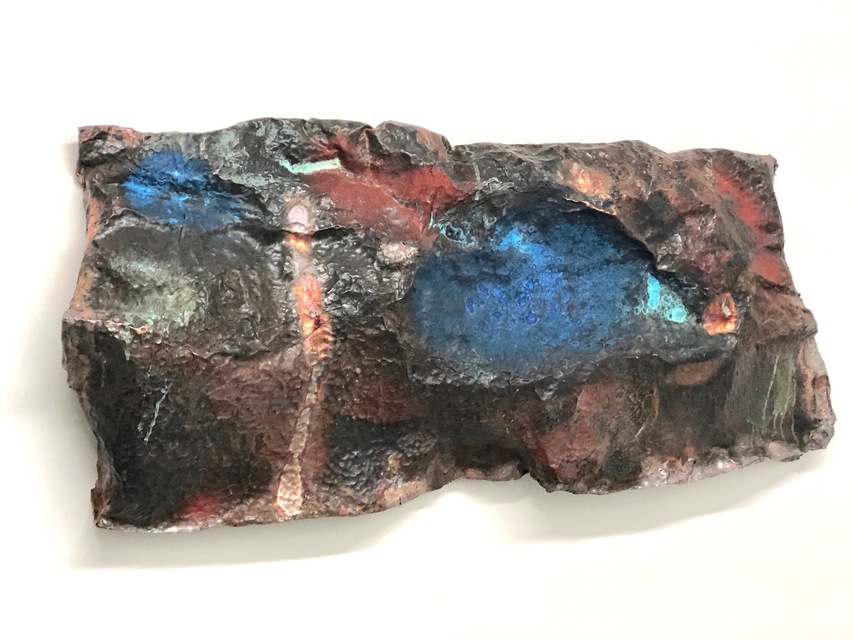 Historians have suggested that the tale of Sisyphus, king of Ephyra (now known as Corinth), may stem from ancient myths about the rising and setting of the sun or other natural cycles. But the vivid image of someone condemned to endlessly repeating a futile task has resonated as an allegory about the human condition.

In his essay The Myth of Sisyphus1, Albert Camus introduces the philosophy of the absurd by discussing humanity’s fruitless search for meaning, purpose, and clarity. He says:

"Likewise and during every day of an unillustrious life, time carries us. But a moment always comes when we have to carry it. We live on the future: “tomorrow,” “later on,” “when you have made your way,” “you will understand when you are old enough.” Such irrelevancies are wonderful, for, after all, it’s a matter of dying. Yet a day comes when a man notices or says that he is thirty. Thus he asserts his youth. But simultaneously he situates himself in relation to time. He takes his place in it. He admits that he stands at a certain point on a curve that he acknowledges having to travel to its end. He belongs to time, and by the horror that seizes him, he recognizes his worst enemy. Tomorrow, he was longing for tomorrow, whereas everything in him ought to reject it. That revolt of the flesh is the absurd. (p. 13)

Man stands face to face with the irrational. He feels within him his longing for happiness and for reason. The absurd is born of this confrontation between the human need and the unreasonable silence of the world." (p. 28)

In 2019, Ritiu began the cycle entitled "Sisyphus" by creating rocklike copper sculptures that he dubbed “meteorites” and examining the way they can be contextualized in different environments. The project has reached its 4th episode: “The Apocalypse (Sisyphus part IV).” The previous segments are: "Highway to the Moon (Sisyphus part III)," "Rock 'n Roll (Sisyphus part II)," and "Milky Way (Sisyphus part I)."

Ritiu aimed to embed in the project the absurdity of human repetitive search for meaning and clarity; with each episode, he is relocating boulders, his meteorites, around the world, from Transylvania to Antwerp, from Brooklyn to Queens, from Queens to Manhattan. Marius Ritiu, through these self-made “meteorites" that either got stuck inside a gallery space, crashed onto a shopping cart in a park or “landed” between the wall of a house and a fence is emphasizing the fragility of our existence. The work is an invitation to humbleness. It intends to be a reminder that each of us is here, on Earth, for a brief moment in time; that humanity has existed for only 300,000 years (which is nothing compared to the estimated to be 4.5 billion-year-life of Earth, “our” planet); that our existence is insignificant when compared to the forces of nature, and that natural disasters are not discriminating when it comes to nationality, race, religion, sexual orientation, gender, and social status. If a meteor the size of the work presented at Slag Gallery collided with Manhattan, it would turn the island into ash. Now, this outlook invites radical revisionism.

"I consider myself not only a sculptor but also a storyteller, one who wishes to create somewhat open-ended tales, later finalized in the mind of the viewer."

The US Customs Officer no. 1:

“Good afternoon, sir, welcome to New York. Could you please show me your passport?” said the officer, while rubbing his black latex gloves together.
“Hello, how are you?” Sisyphus said, reaching for his passport.
“What’s the purpose of your visit, sir? Are you here on vacation or for business?” asked the officer.
“Vacation,” said Sisyphus.
“And what’s with the round boulder behind you? Is it yours?” asked the officer.
“I need to push it for eternity. Technically it’s not mine; it belongs to Zeus,” replied Sisyphus.
“Is Zeus your employer? I thought you told me that you’re here on vacation, not for work,” said the officer.
“He is my boss, but you see, I don’t get paid for pushing the boulder. I am doing an internship. And hopefully, within 3 months from now, I will be rolling it through Canada, depending on the traffic,” explained Sisyphus.
“So you might have to extend your visa, in case you were planning to stay here for more than 3 consecutive months. Were you aware of this?” asked officer no. 1.
“Well, I guess I’m aware of it now!” exclaimed Sisyphus.
“Follow me please, sir! I will take you to my colleague. Leave the boulder there,” said the man, and Sisyphus was following him, without the boulder.
“My colleague will take care of you now. Have a nice day, sir!” exclaimed the officer. “Have a wonderful day, sir,” sighed Sisyphus.

The US Customs officer no. 2:

“Mr. Sisyphus? Is this your name or surname?” asked officer no. 2.
“I only have one name. I guess you could say it’s both!?” replied Sisyphus.
“So tell me more about Mr. Zeus, please. My colleague mentioned the fact that he is your employer? You are not allowed to work for anyone on American territory. You stated in your visa application that you weren’t planning on doing that,” said the officer.
“With all due respect, Mr. Zeus lives on Mars, sir, and I think the Martian immigration laws have another take on that. Plus, within 3 months I will be rolling my boulder on Canadian territory, and 1 month after that on Mars, close to Zeus’ house,” answered Sisyphus.
“I don’t buy it. I will have to google you. Please have a seat!” ordered the officer.

Sisyphus went to the last row of seats and sat down. The TV was broadcasting a baseball game. He turned his head for a moment and tried to figure out the rules, but in the end, he decided to stop watching it. Officer no.2 was talking to Officer no.3 while pointing at the Greek immigrant.

“Please follow me, sir!” exclaimed officer no.3, while grabbing Sisyphus by the elbow.
“Relax, I’m coming. Please do not rush me,” Sisyphus reacted.
The officer took Sisyphus to the backroom.
“Were you by any chance rolling your boulder up and down some mountains in Italy, maybe, before you visited the United States?” asked the officer.
“No. I rolled it through Switzerland. Is that a problem?” inquired Sisyphus.
“And tell me please, what’s the purpose of your visit? I see in our database that you’ve come to the US every year to roll your boulder for the last 2 decades. How do you explain that?” asked the officer.
“Well, listen, I have an endless internship that I’ve negotiated with Mr. Zeus himself, and he is the only one that can give you the details that you want. I could put you in touch with him immediately, but it’s 4 a.m. on Mars, and he might be sleeping. Trust me, you do not want to see him angry!” explained Sisyphus.
“I don’t think that you are being completely honest with me, son. I’m afraid I’ll have to put a stamp on your passport. You have 1 month to push your boulder through the United States of America. You can ask for a visa extension at the Consulate. Enjoy your stay!” ended the officer, with a grin on his face.

Although disappointed by the way he was welcomed by the customs officers, Sisyphus took his boulder and entered the city. Once he laid eyes on New York’s skyline, a smile invaded his face and he forgot about the circus at the border. Soon enough though, he had to continue his journey through Bureaucracy Land, and he ended up in an elevator taking him to the 36th floor of a Manhattan tower, where his immigration lawyer’s office was. He ended up spending part of his last savings to pay the lawyer who promised him to get the visa extension that the officers at the customs told him he should get.

“Sign here and all will be taken care of! No reason to worry anymore,” said the lawyer, while reaching for the money.
“Thank you and have a good day, sir,” Sisyphus replied.

After one month of pushing the boulder through the Big Apple, Sisyphus received a letter from the US State Department, saying that the visa application fee hasn’t been paid and that the file will be returned without being processed. Sisyphus immediately contacted the lawyer asking him what the problem was.

“They probably misplaced our check. It happens sometimes,” said the lawyer.