The Substance of Earth: O Sertão 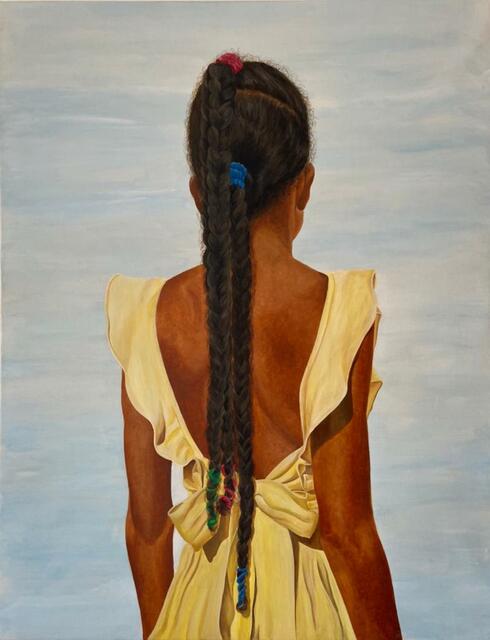 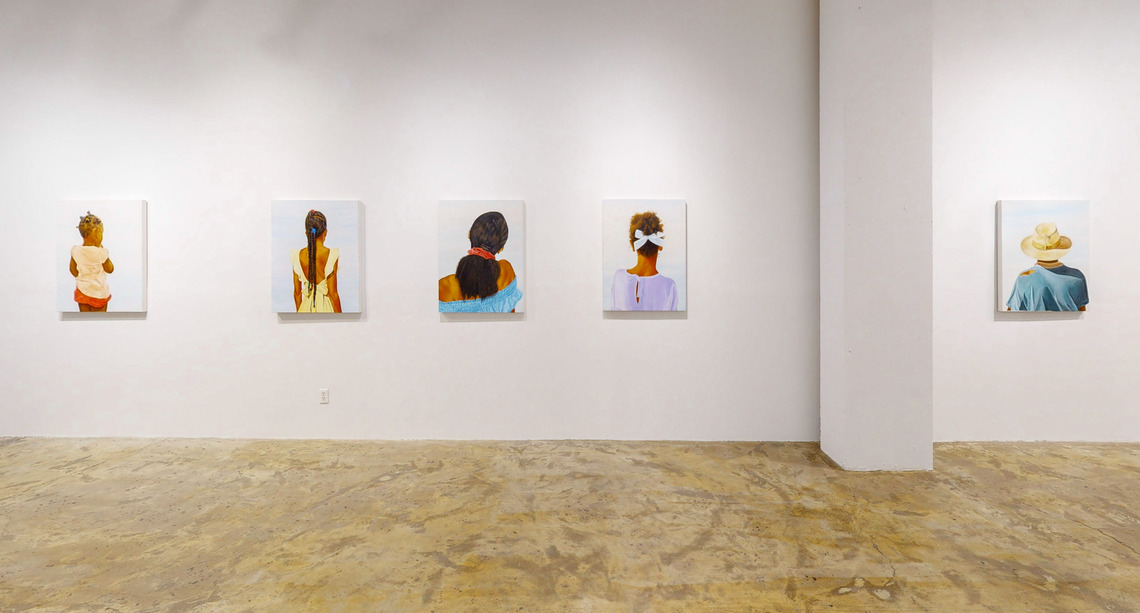 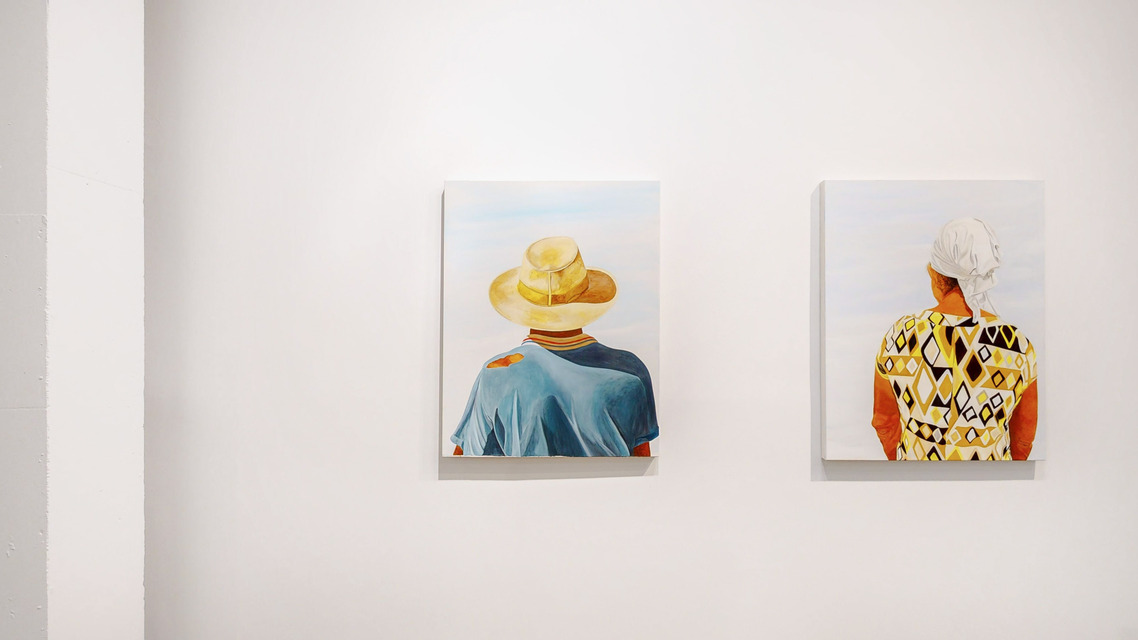 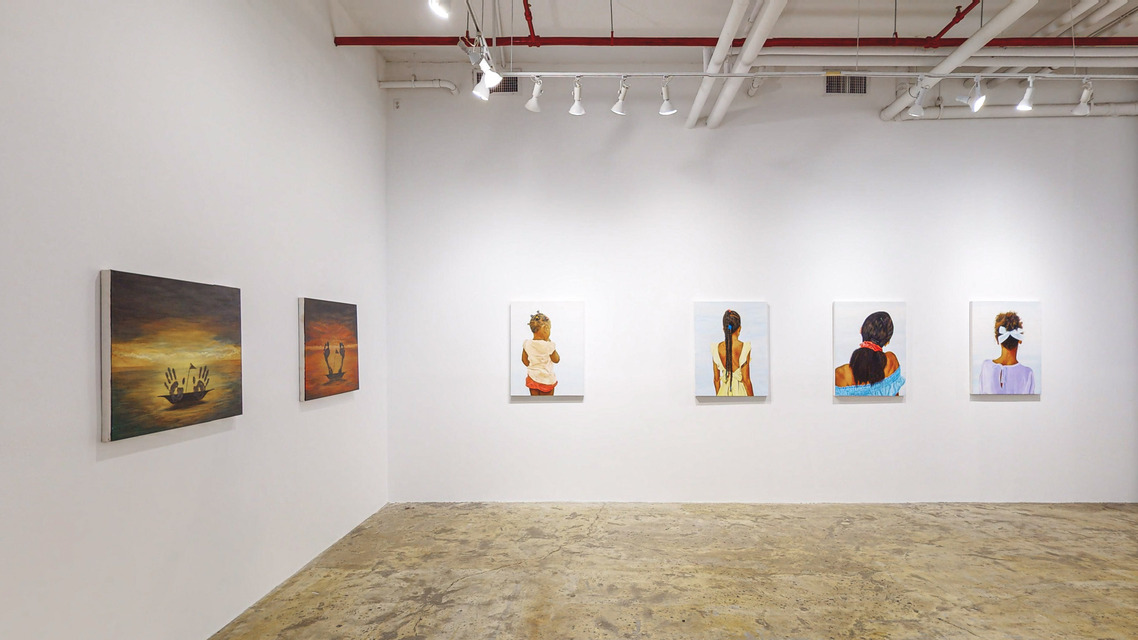 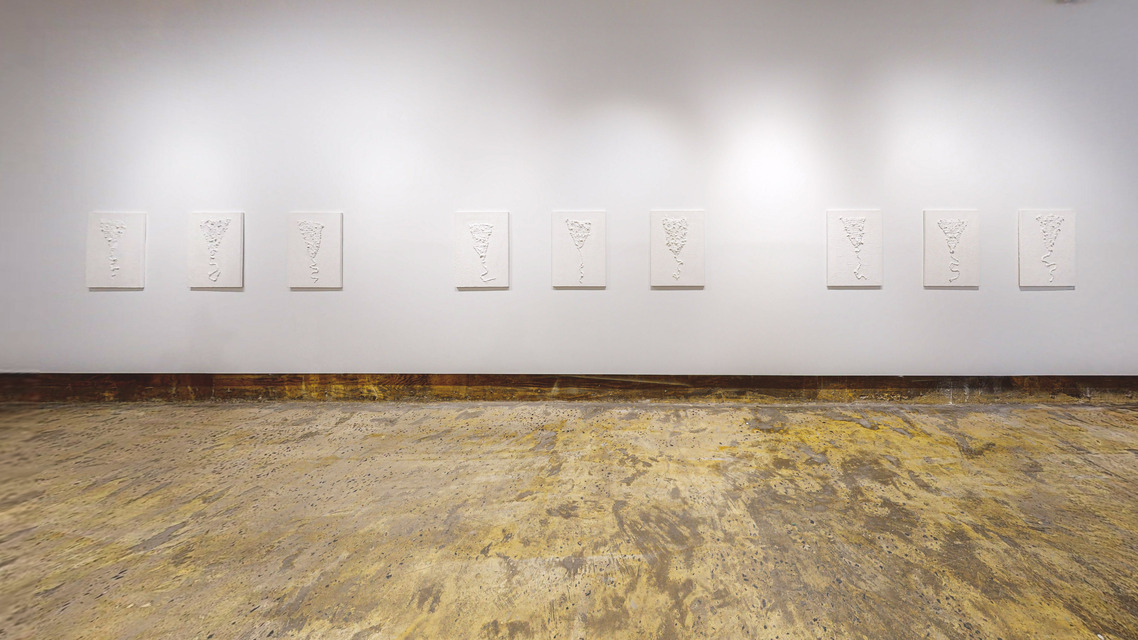 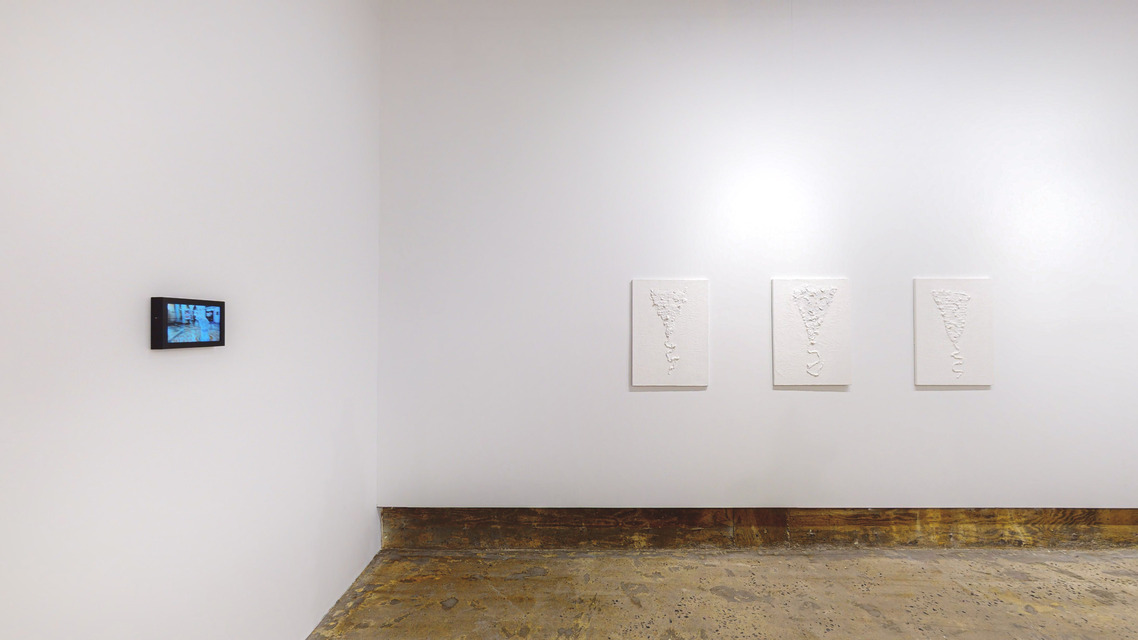 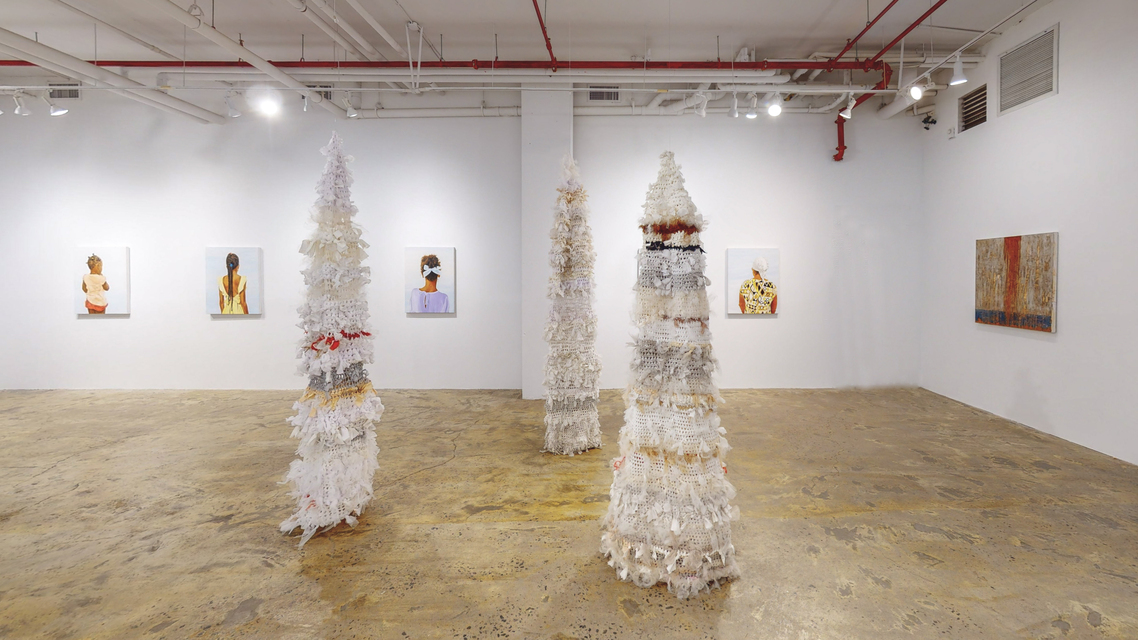 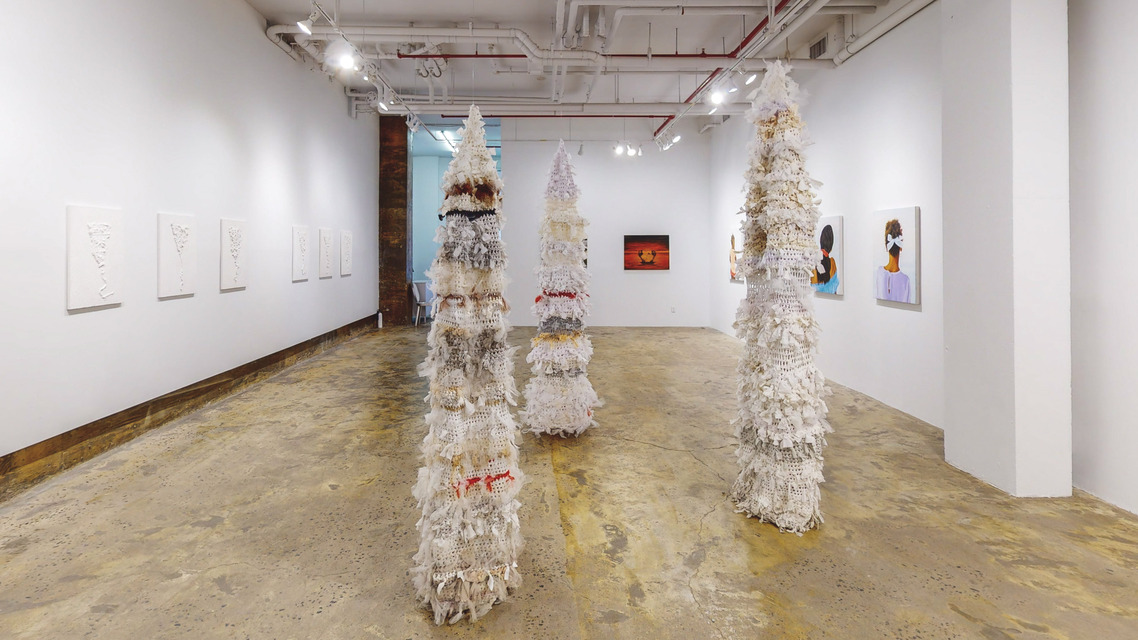 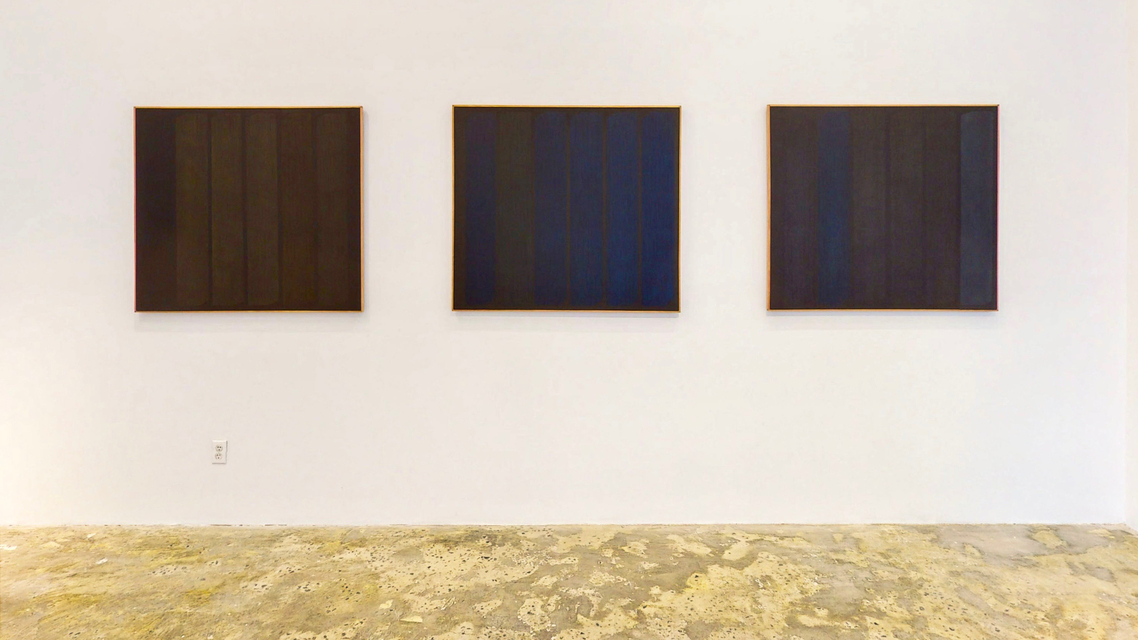 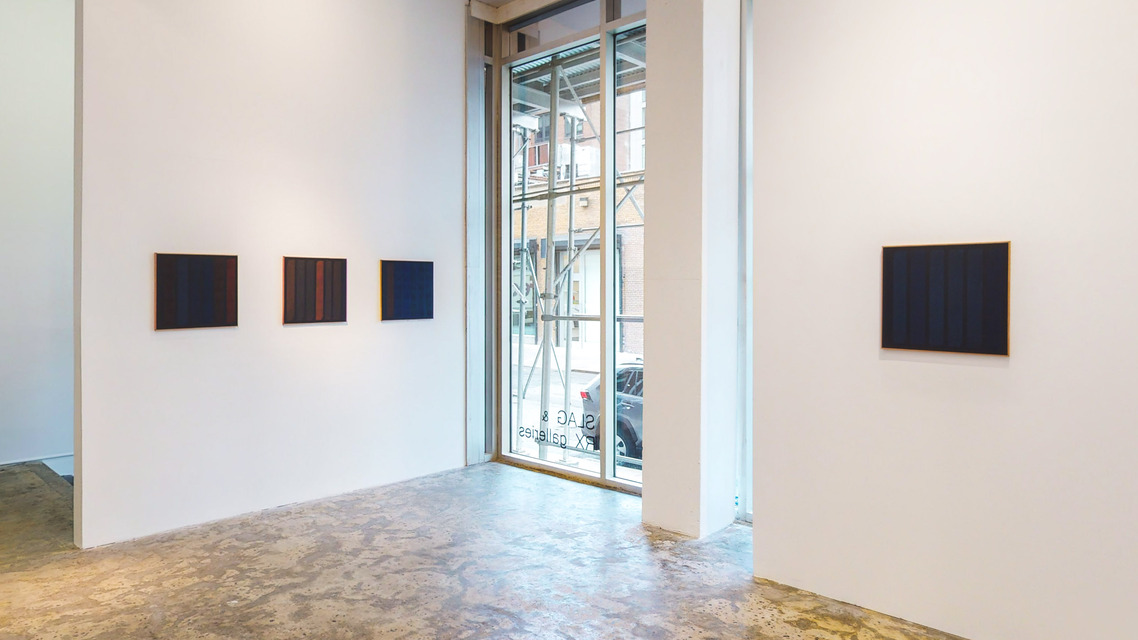 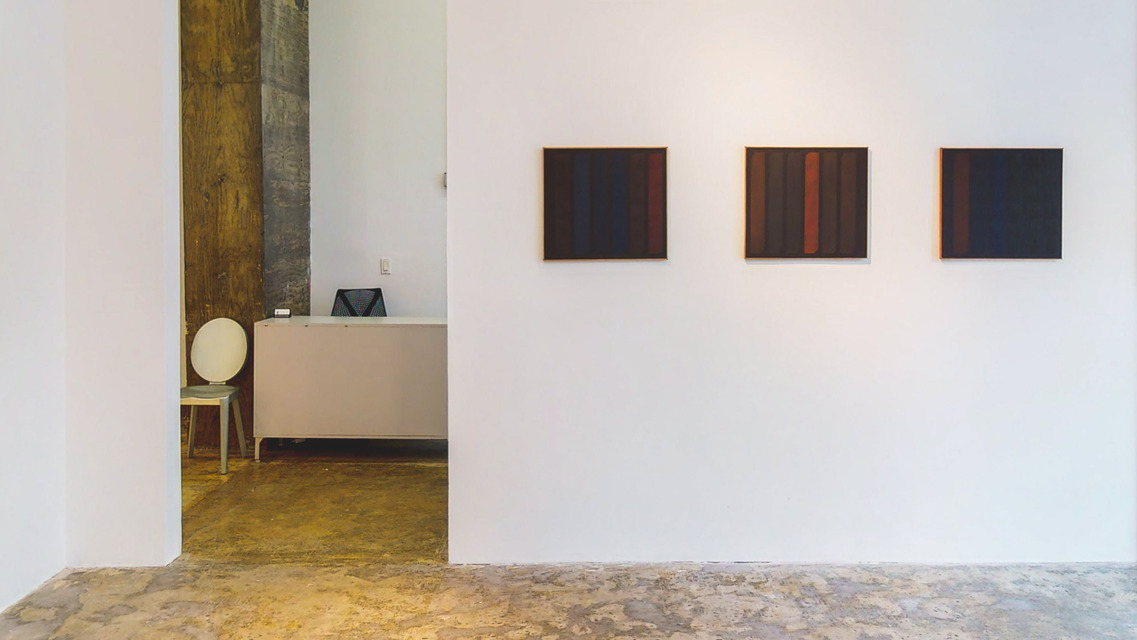 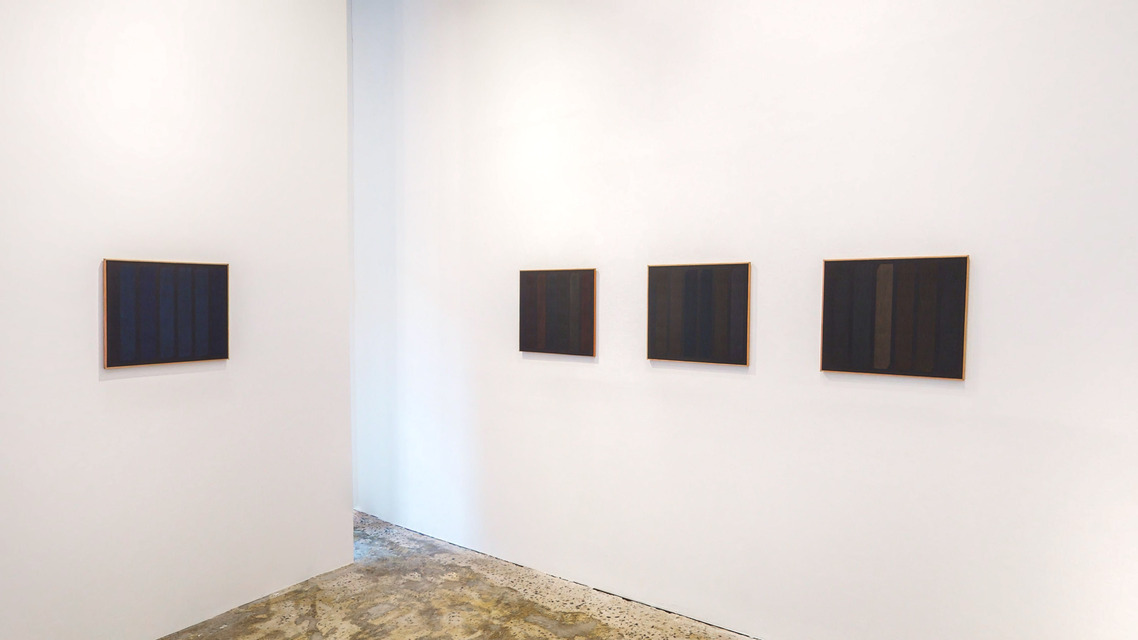 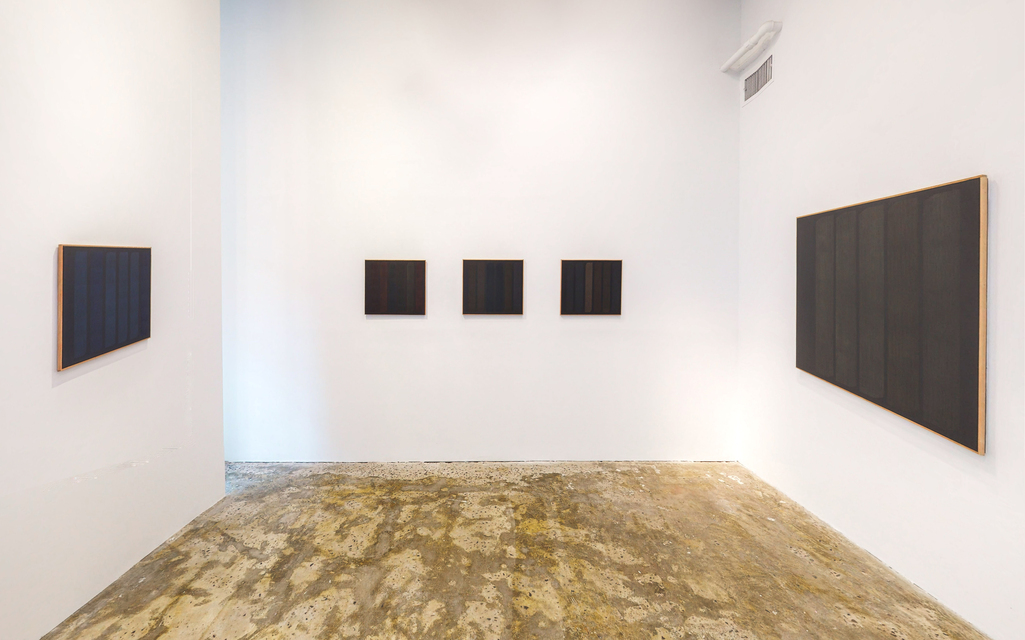 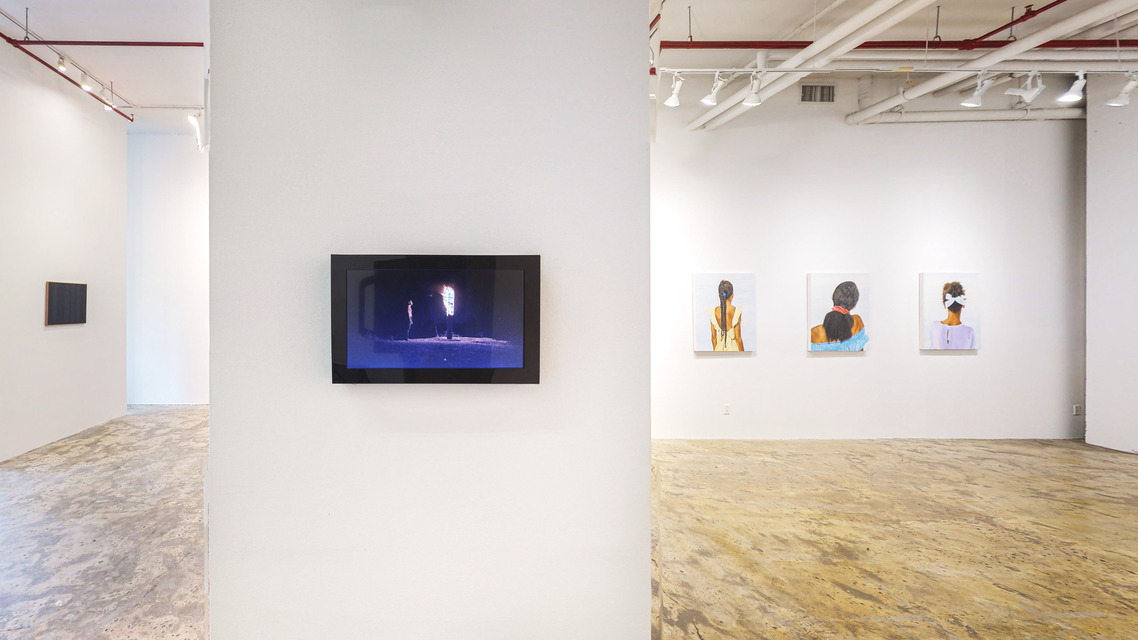 The works on view include Leandro Júnior’s figurative portrait paintings of Afro-Brazilian residents of quilombos (communities founded by runaway slaves), silhouetted by a blue sky; Lidia Lisbôa’s encaustic paintings, soft sculptures, and a video performance “Dawn,” all of which depict a mysterious undulating, silkworm-like figure; and João Trevisan's sensual, black “Intervalo” paintings of vertical columns, and a video performance that alludes to the artist’s rhythmic meditation while walking along railroad tracks.

Far from the lush pleasures of Ipanema and Copacabana beach, so often representing Brazil in the media, the sertão comprises hundreds of inland miles, a vast interior territory punctuated by dusty farms, cattle ranches, and mines-- a place more akin to west Texas, Nebraska, and Oklahoma. It's an austere, rugged landscape peopled by friendly inhabitants whose outsized spirit is undimmed by the clearly difficult economic circumstances of the region. And it’s a region with a deep connection with Brazilian history, as this is the location of the original, 16th-century Portuguese mining operations that were fueled by countless generations of enslaved Africans.

Leandro Júnior is a figurative painter and sculptor who draws inspiration from the strong culture and intimacy that is uniquely fostered in the rural valley of Jequitinhonha. He is an emerging Brazilian artist who has been developing both his painting and sculpture using regional clay as the main raw material. The artist mines the clay himself from one of the region’s quilombos (the small villages that were founded by runaway slaves), then liquefies and paints with it, to emphasize the Afro-Brazilian memory of the Jequitinhonha Valley, Júnior’s recent portraits poignantly sound notes of sadness as well as empowerment-- the joy to be found in a humble yet emotionally warm and self-sustaining rural community.

Lidia Lisbôa is a São Paulo-based artist making encaustic paintings, soft sculptures, and performance videos. The themes in her work reflect the people and landscape of her upbringing. Her sculptures and paintings reference much of the landscape seen throughout South America (as well as Africa and Australia), in which fields are dotted with red earth mounds made by termite colonies, sometimes as large as hillocks. Mysterious, playful, and otherworldly, her delicate “Casulo” sculptures represent her life-long mediation on the theme of the anthills, which are found throughout Brazil. The exhibition includes “Dawn," a video performance staged inside São Paulo's famous turn-of-the-century train station, Estação da Luz. The video opens with Lisboa dressed in one of her seven-foot-tall fabric “Casulo” sculptures. Hers is an undulating performance suggesting a giant silkworm going on a walking journey among the mystified throngs that daily use the station for their commute. Lisbôa’s most recent works are white encaustic wax paintings she calls “Borboletas” [Butterflies] that allude to her performance costumes and sculptures, but have a sense of the lightness of a kite taking off.

João Trevisan makes sensual, black paintings, wooden railway sleeper car sculptures, and performance videos. His most recent “Intervalo” paintings have a meditational, nocturne-like quality and a rich blackness that seem to allude to deep space. In an essay published earlier in the year titled “O Ritmo da Noite” (The Rhythm of the Night), the Rio de Janeiro-based curator and critic Ulisses Carrilho suggested that these paintings evoked a twilight of habit, repetition, and rhythm. For the artist, the painting process is deeply meditative and involves brushing the surface of each painting more than five hundred times, to obtain a desired almost skin-like sheen. For this exhibition, his wood lumber sculptures are alluded to in the performance video. Made from large wooden railroad sleeper cars, the sculptures have a rustic quality that seems to date back to the 19th century, when freight trains thundered their way over Brazil’s network of railroads. Just by watching this video, as the artist walks along a railroad track, we understand that the wood and metal depicted is physically heavy and relates to themes of repetition found in his paintings.  -- Simon Watson