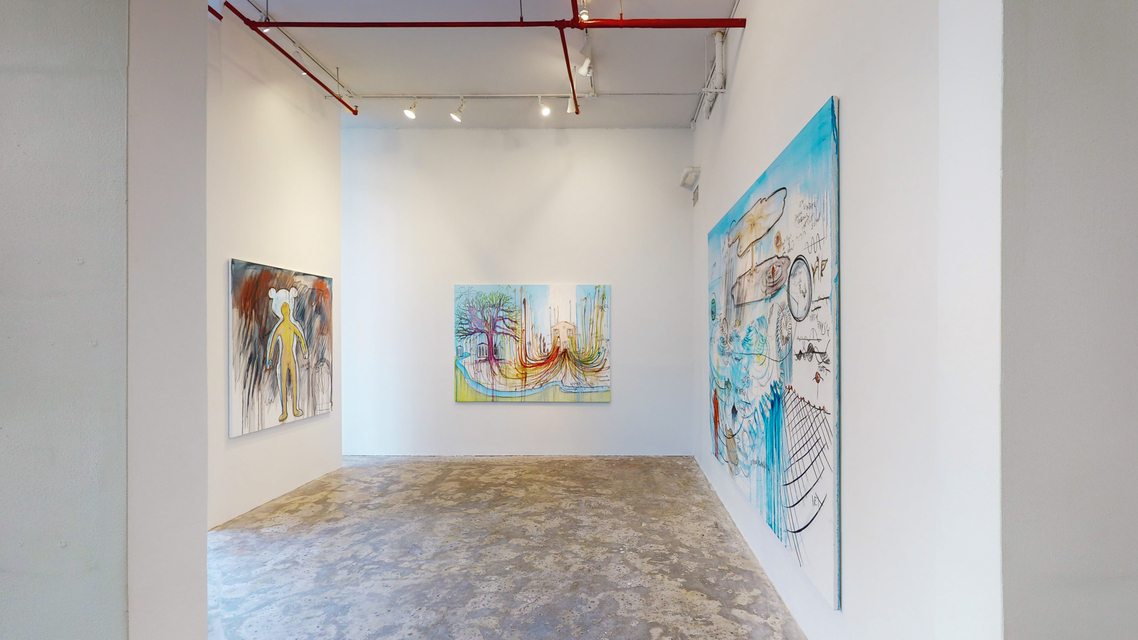 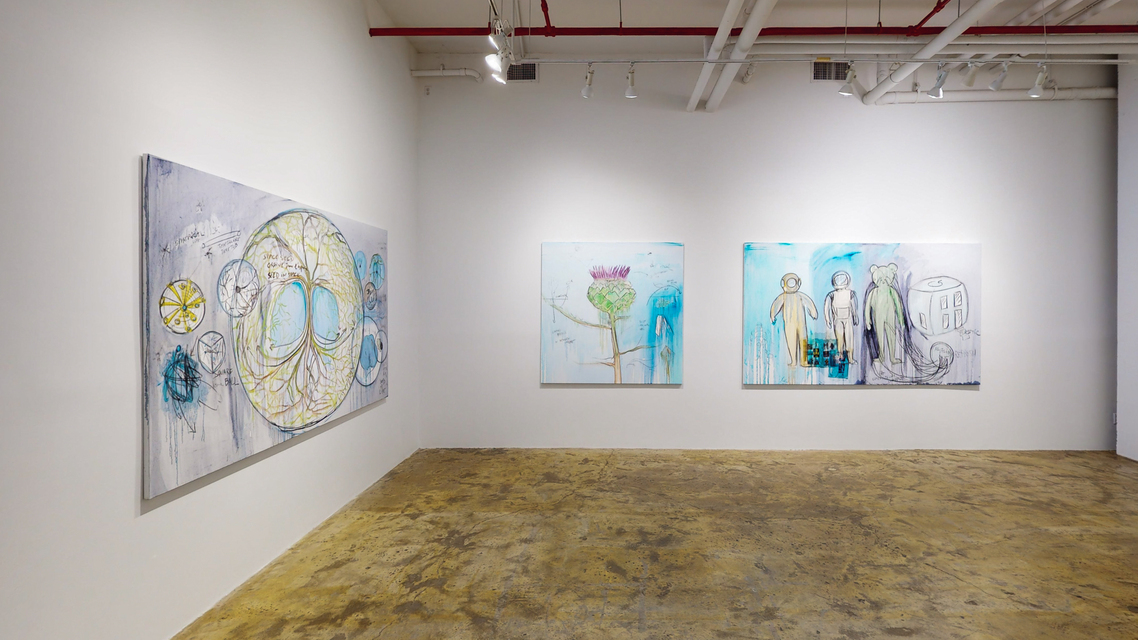 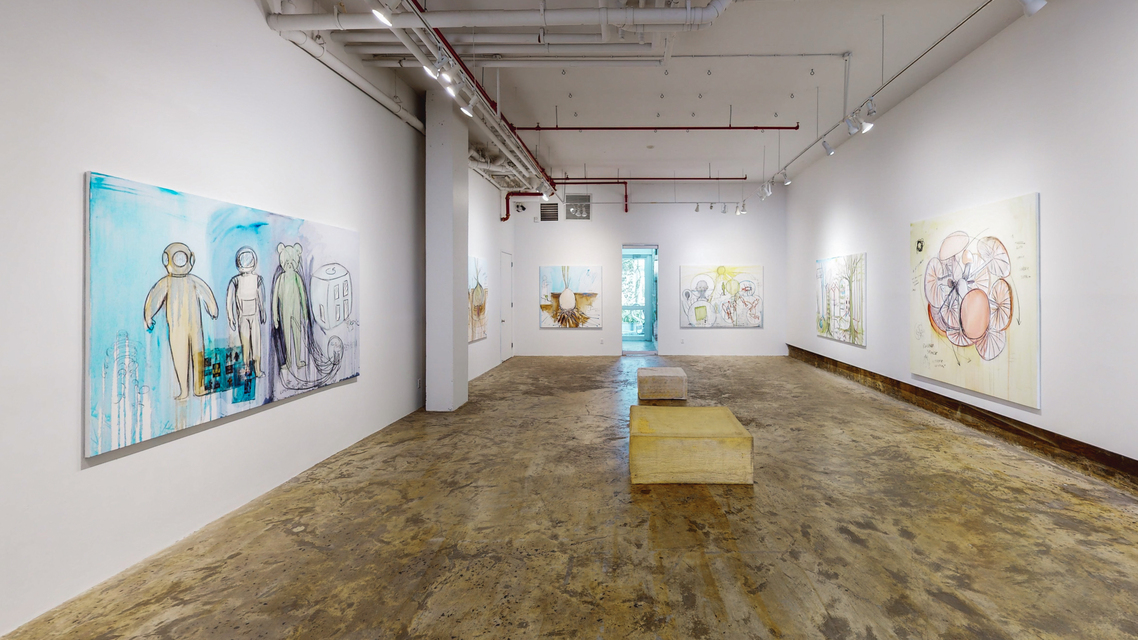 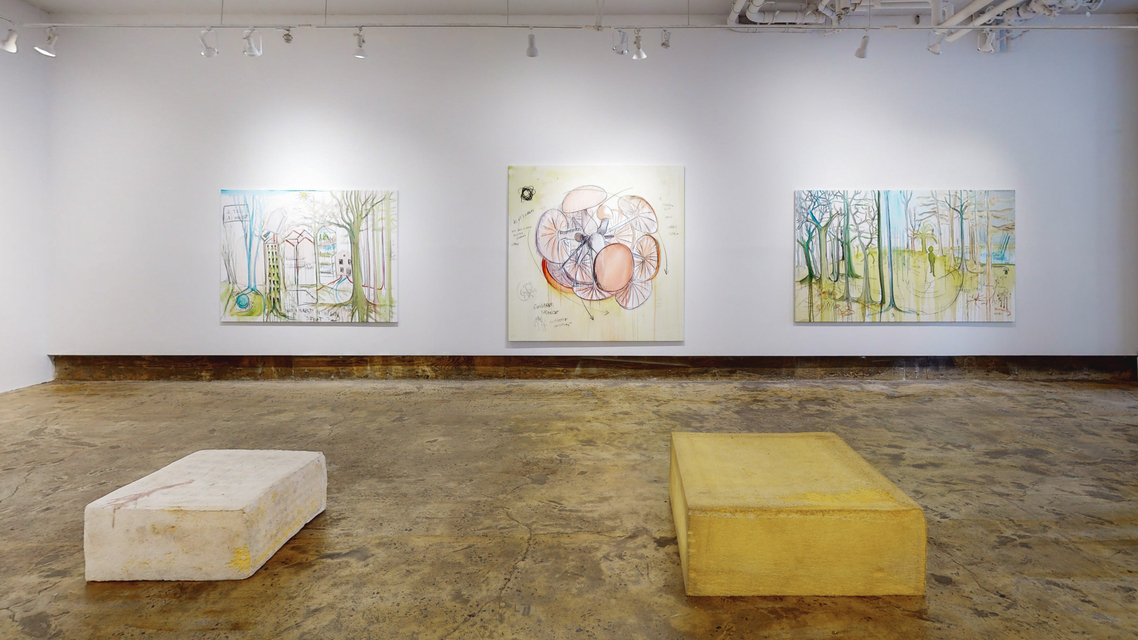 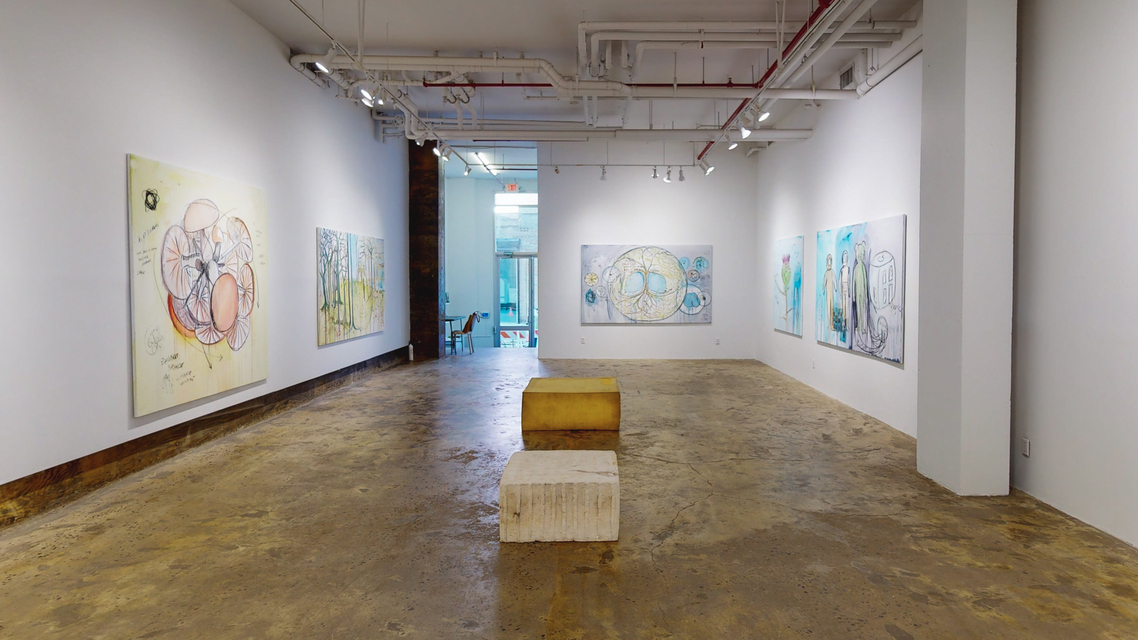 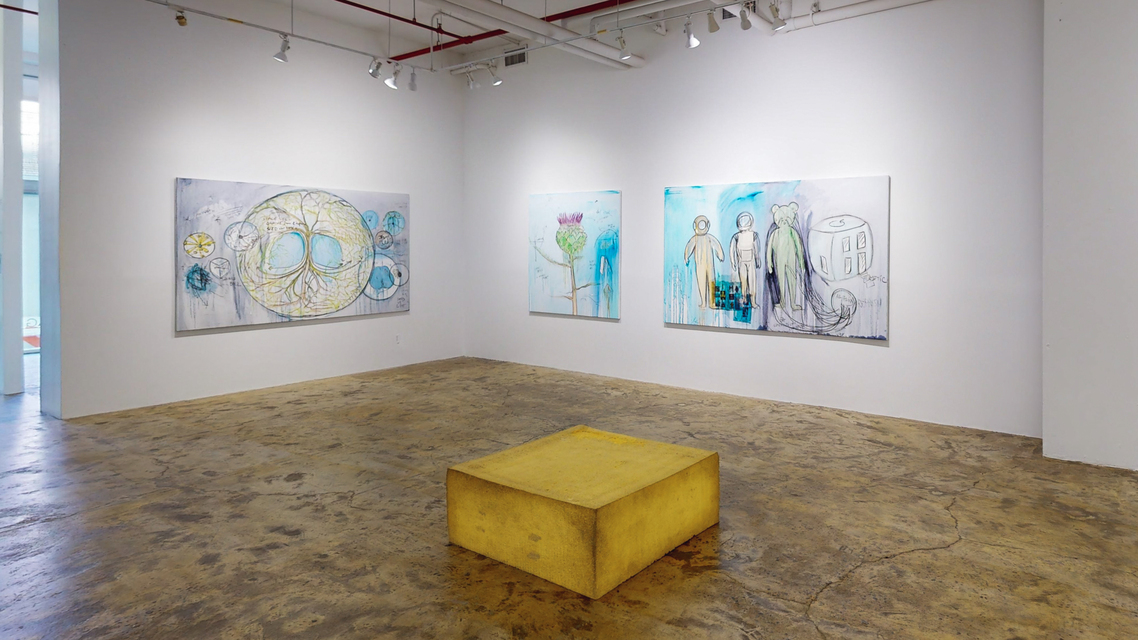 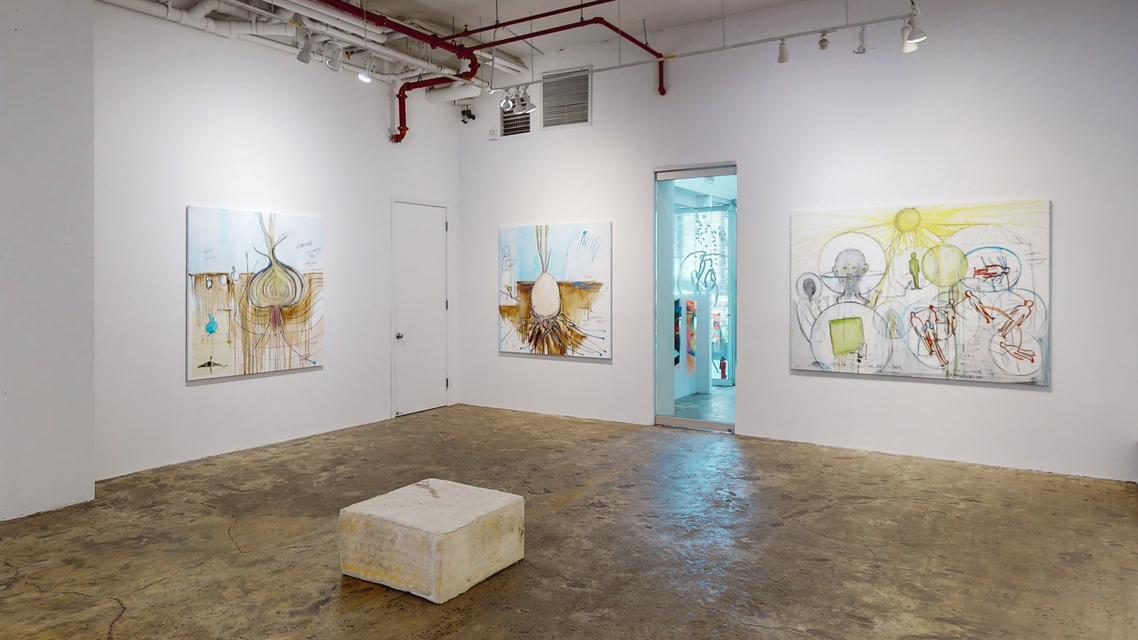 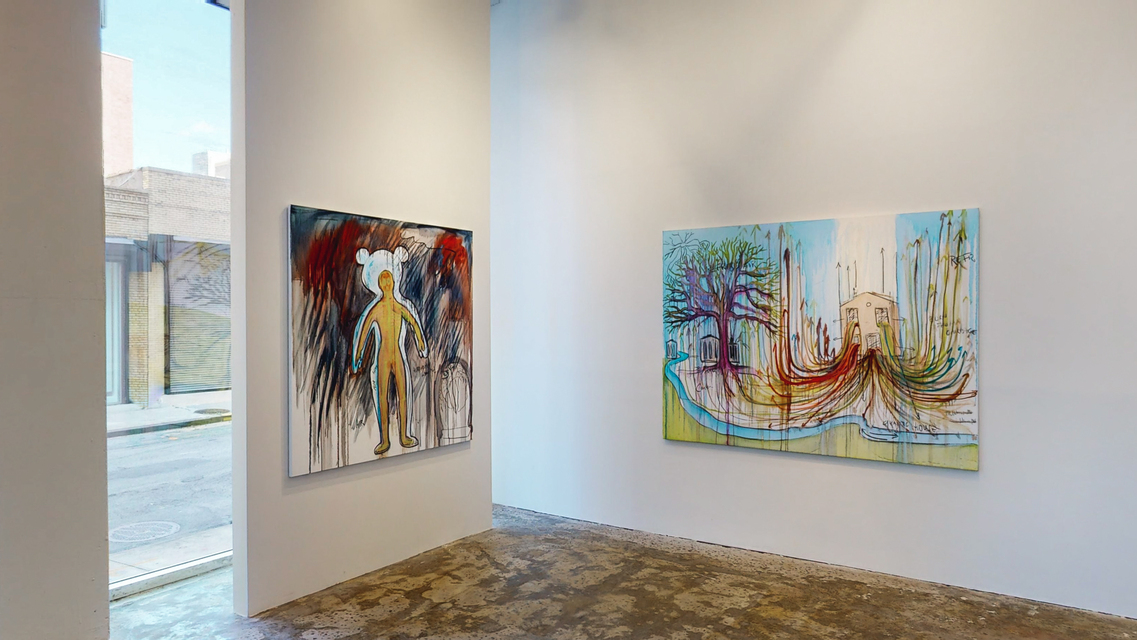 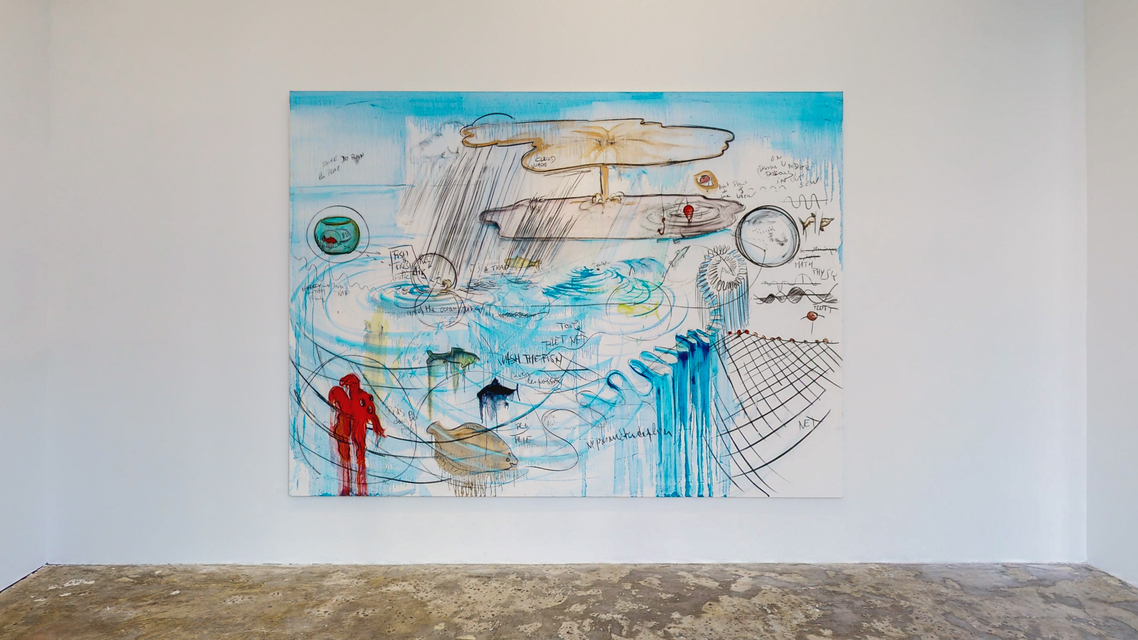 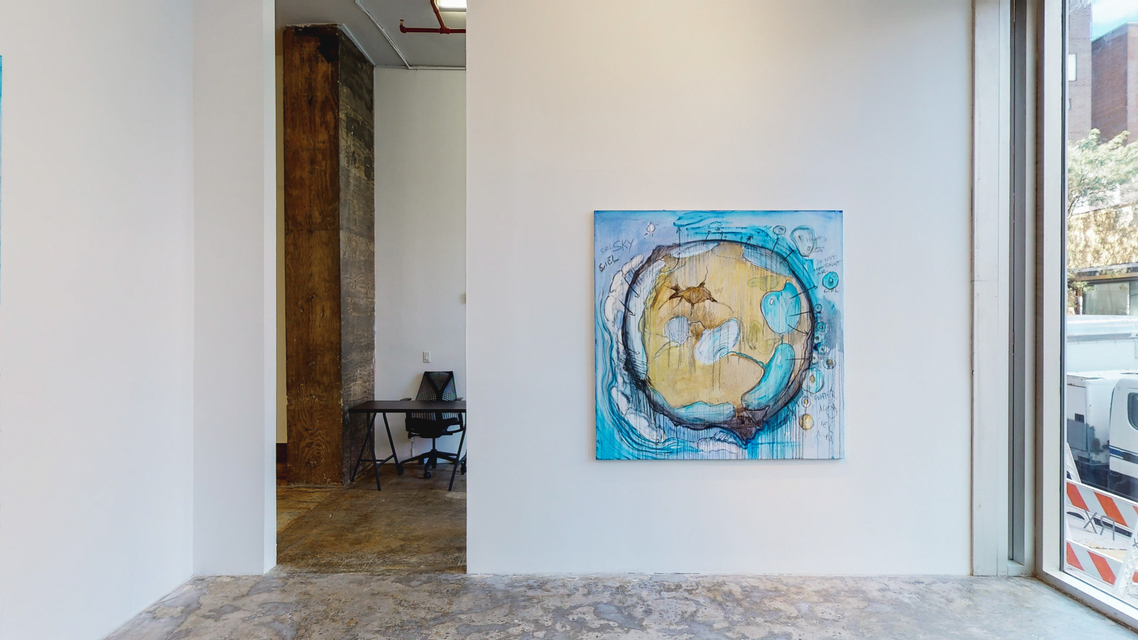 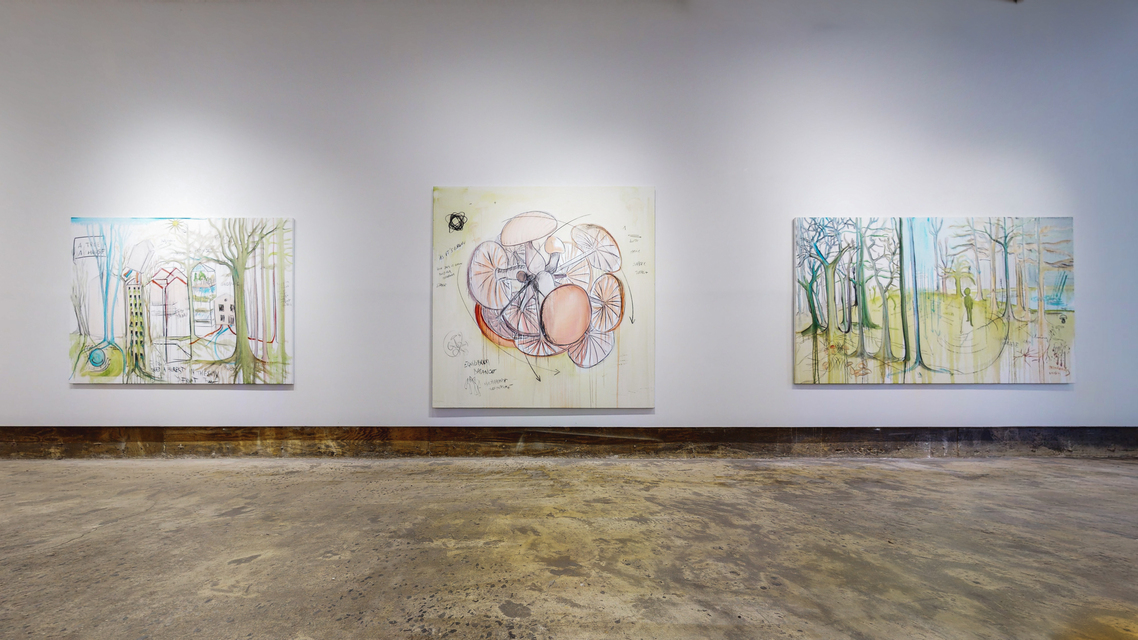 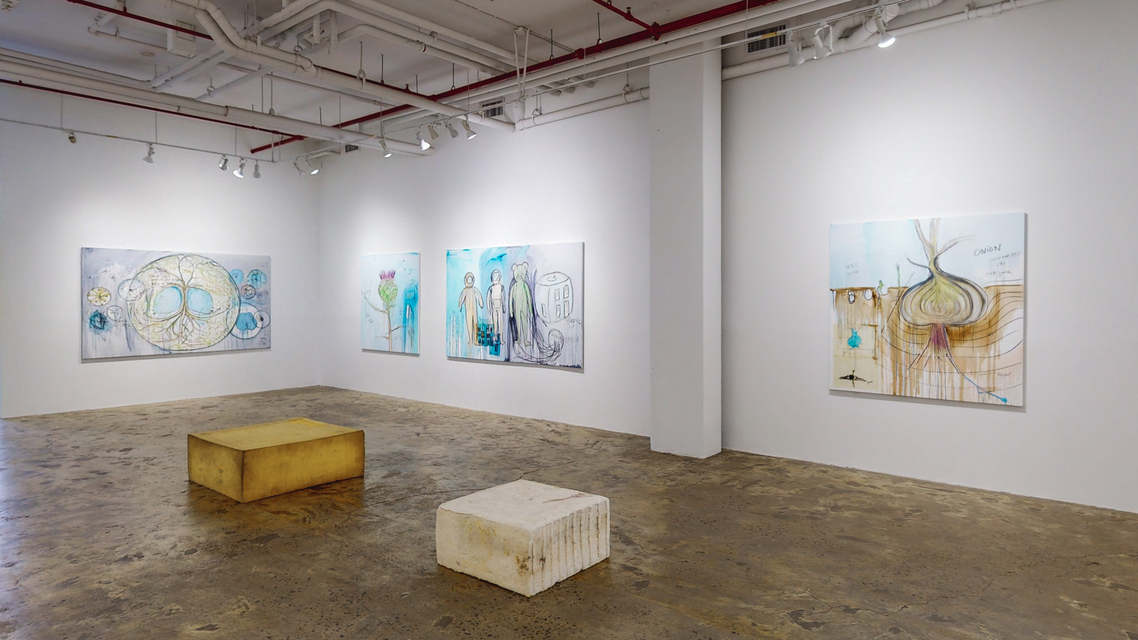 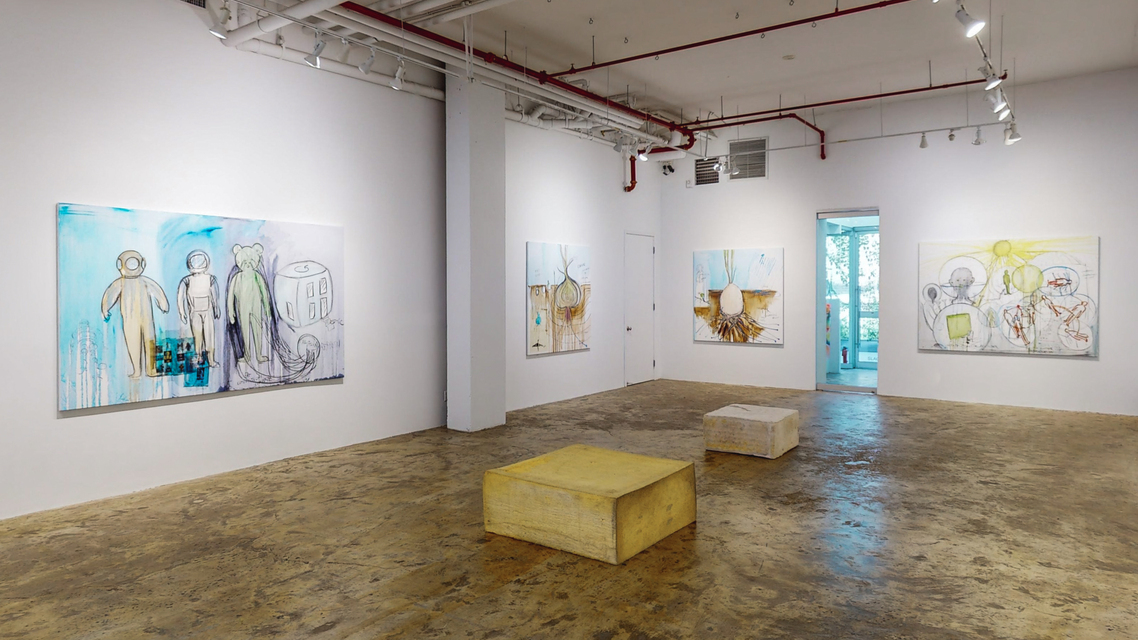 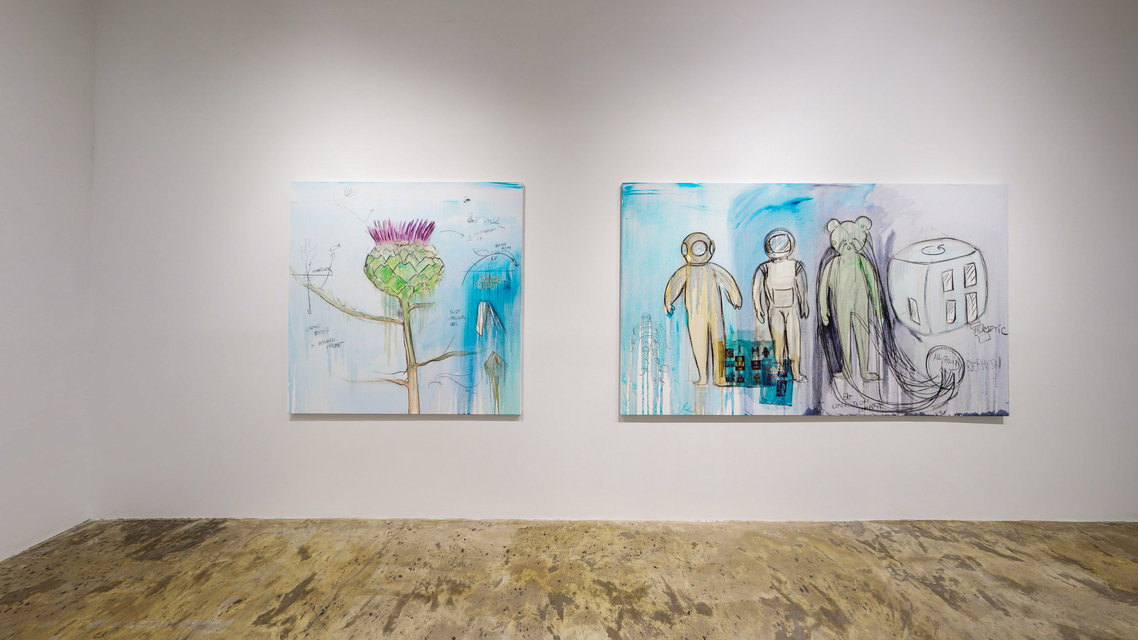 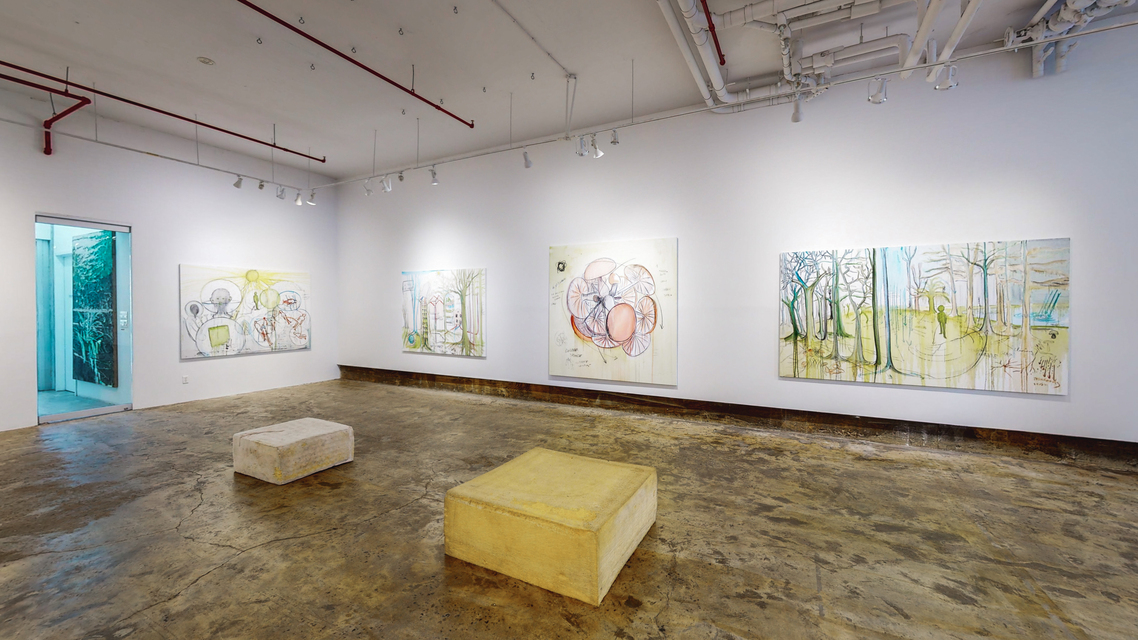 Slag & RX Galleries are pleased to announce the upcoming show, Fresh Air, featuring works by Fabrice Hyber. For his first solo exhibition at RX Gallery in New York, Fabrice Hyber returns to the United States, particularly to New York. The gallery has chosen to double the event by featuring him at the same time at the Future Fair in Chelsea. The two presentations are a head start for the rich news that is already coming in 2022 for the artist on American soil.

A faithful watchman, catalyst, or revelator, the artist speaks of our world. For this exhibition entitled "Fresh Air," Fabrice Hyber starts from an observation: "People are anxious about the virus, about war, about pollution, about nature... We try to protect ourselves from everything, and I told myself that it was perhaps the moment to give solutions and ask the right questions," he explains. That all these sources of anxiety become sources of enchantment. Relentlessly at the crossroads of science and art, the artist invents projects he dissects on the canvas, transforming into the painting of a scientist who explains his formulas, inventions, and research. Mixing poetic, utopian, metaphysical, but especially pragmatic proposals, he insists, he makes complex, unique, informative, speculative, and rich works: "they must make us think about everything, not to forget anything, to always redefine, they are quantum works ... " he says. Hyber's experimental drawings allow us to enter the artist's mind as they are all linked together and part of a more global, rhizomatic system unfolding for over 30 years.

A question of survival

The exhibition begins with a Ted Hyber, the image of a plastic teddy bear that he presented in New York in 1998, which we put on like a second skin, a protective and vital shell that filters the air as we walk, and which is now at the SMAK in Ghent. The black Ted Hyber has become a possibility to protect oneself from external aggressions... Then, when one finds oneself in a vacuum, the question of food, breathing, agriculture, heating, survival, relations with others arises: hence these houses, which are both shelters and production systems. The shape is not totally that of a house anymore... The series of vegetables are flesh, almost animals, bodies... the original vegetables come from the Vendée valley where he resides (in the west of France). The valley he transformed partly into a forest in the '90s, sowing seeds of hundreds of thousands of trees, is his essential lieu of inspiration for a global experience. Hyber creates and lives the hope and ambivalence presented and represented in these stories. Hence, the house spewing waste paradoxically feeds the landscape from which emerges the vital energy materialized by arrows. Language completes the list of these essential foods for our survival. Furthermore, in series such as "Fish and Fresh Air," the artist transforms the ocean so the fish, to escape their environment, go out of the sea during heavy rain yet just to be trapped into novel parameters.

Fabrice Hyber lives throughout the exhibition.

In addition to historical works that respond to the exhibition's purpose, Fabrice Hyber will be present throughout the show, thanks to a screen and new technologies. Live from his studio in France, he will interact with the visitor who will discover the backstage and see him working. The artist employed the same principle of presentation at the Venice Biennale in 1997, where he received the Golden Lion, and in Tokyo, at the Wacoal Art Center, Spiral TV, which broadcasted a daily program live.

About the Artist, Fabrice Hyber

Fabrice Hyber was born in 1961, in Venndeé. He works and lives in Paris and Vendeé.

The activity and artistic thought of Fabrice Hyber, who defines himself as a quantum artist, are constantly crossed by the notions of mutation and transformation.  Scientific training before entering the Ecole des Beaux-Arts in Nantes, the artist designs his work in the form of a gigantic rhizome that develops on a principle of echoes. Invariably starting from the practice of drawing and painting, he invests all modes of expression and constantly disseminates his work from one medium to another: "No matter the materiality of the work, only its ability to trigger behaviors."

The living and nature are explored at will by the artist who has made green his favorite color: "My green obviously refers to nature and ecology, but it is not that of ecologists who tramples on often more than they advance which is the opposite of everything that leads me." Intermediate states, mutants, hybrids Hyber surrounds himself with new heroes and gives birth to a multitude of animal plants, running trees, or sponge men/women. In Cahors, he plants two hundred fruit trees "the trees of our cities are there like images while the fruit trees provide information." And since 1995, his ideal forest has been growing in the Vendée valley of his childhood where the artist sowed thousands of trees: "The trees are not planted, I prefer to sow them, it is the least traumatic method for the plant and the earth, it is also that of the complete learning! And too bad if it takes time. That's life!"