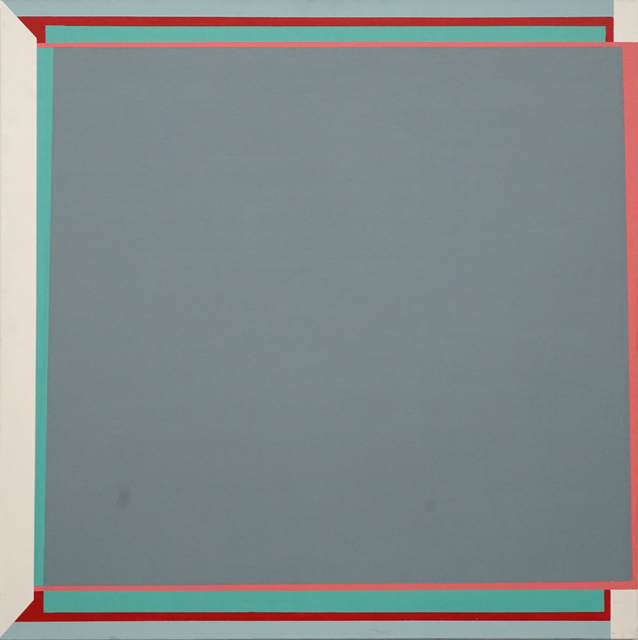 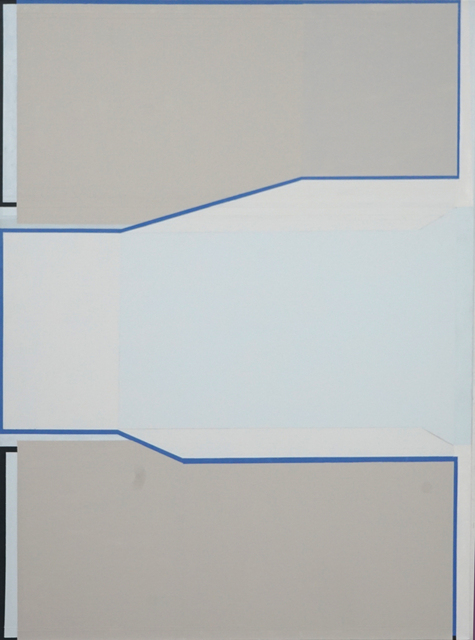 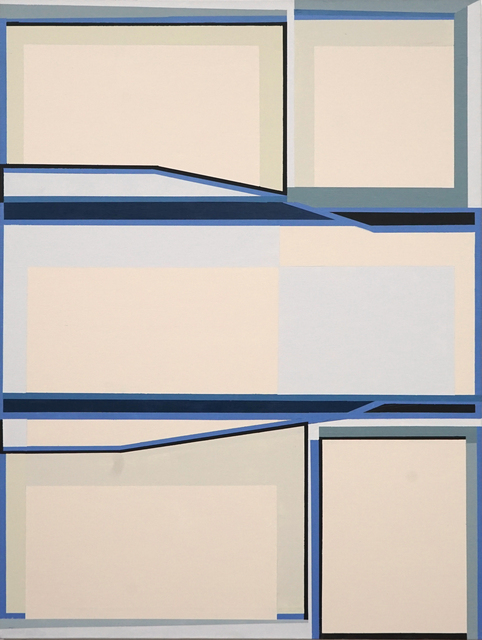 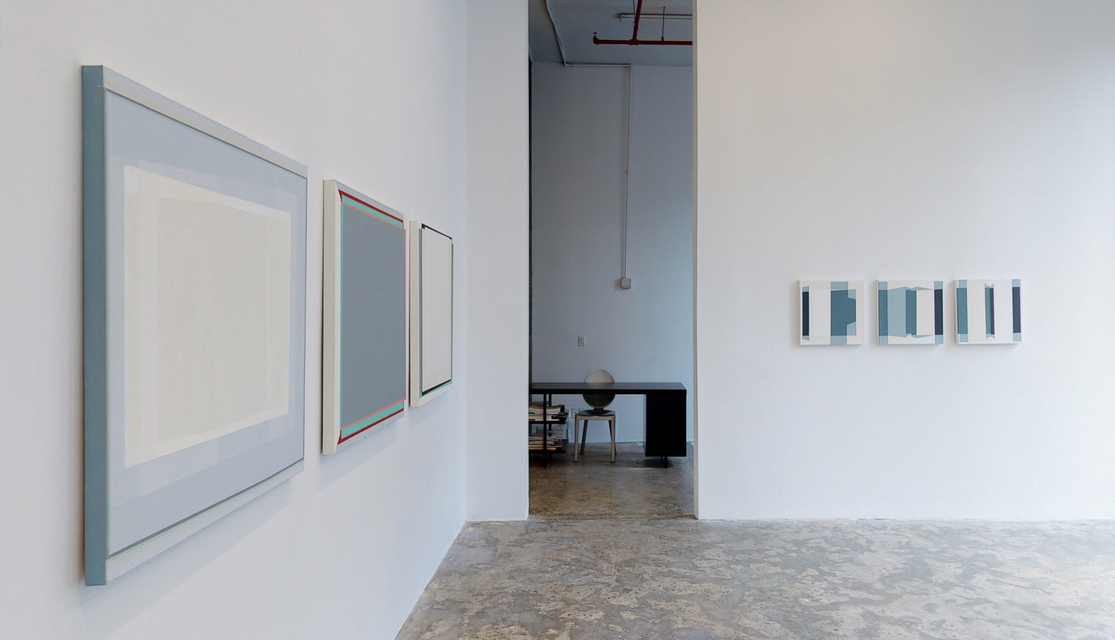 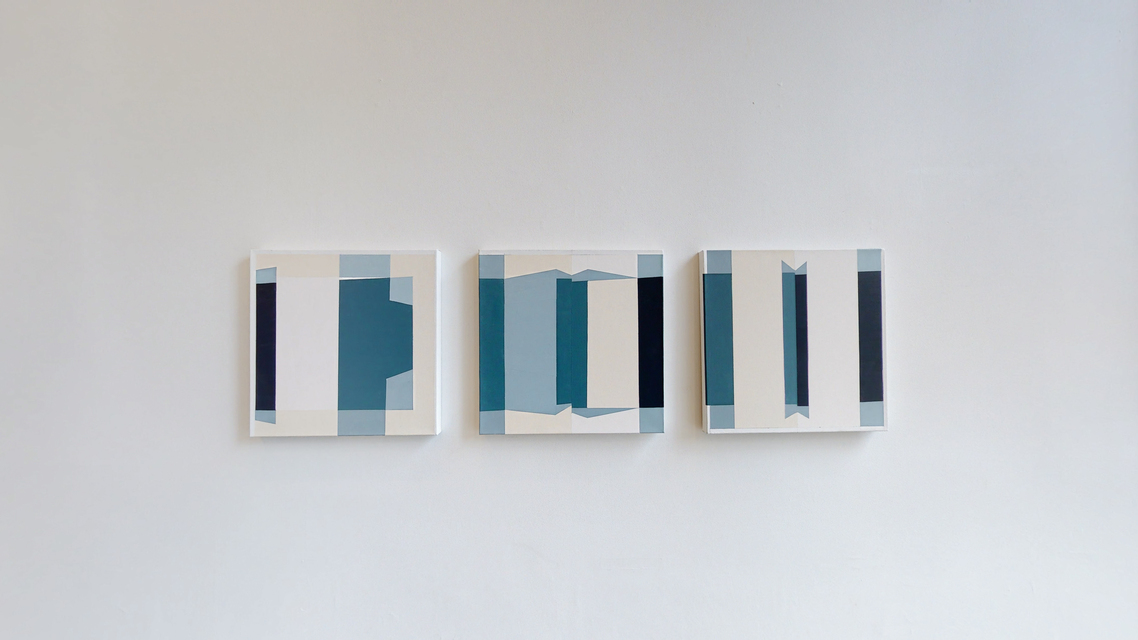 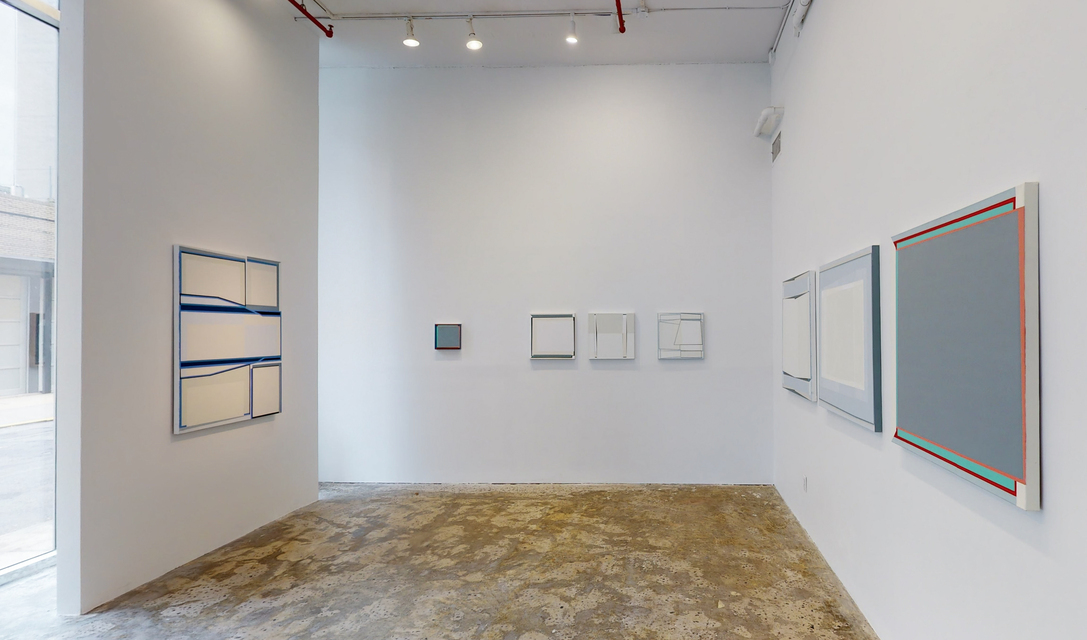 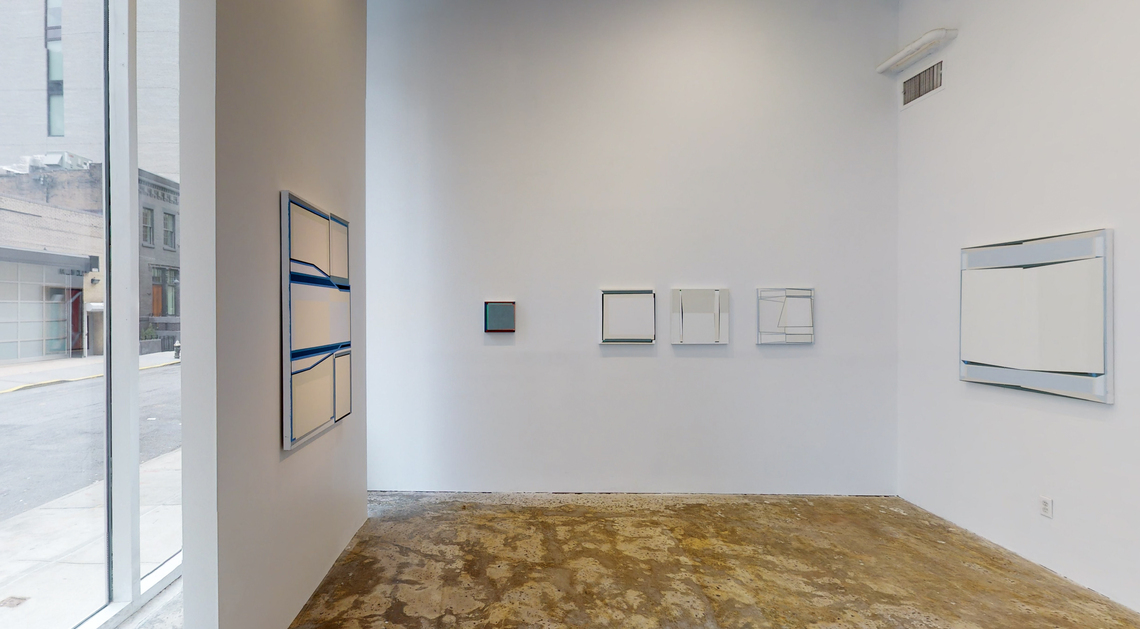 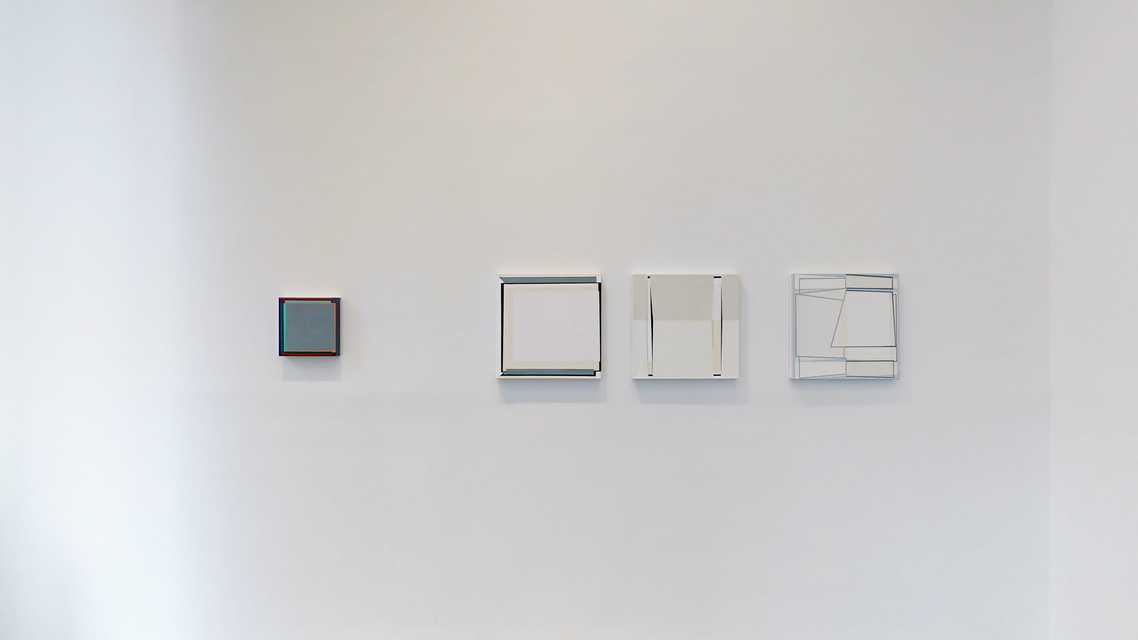 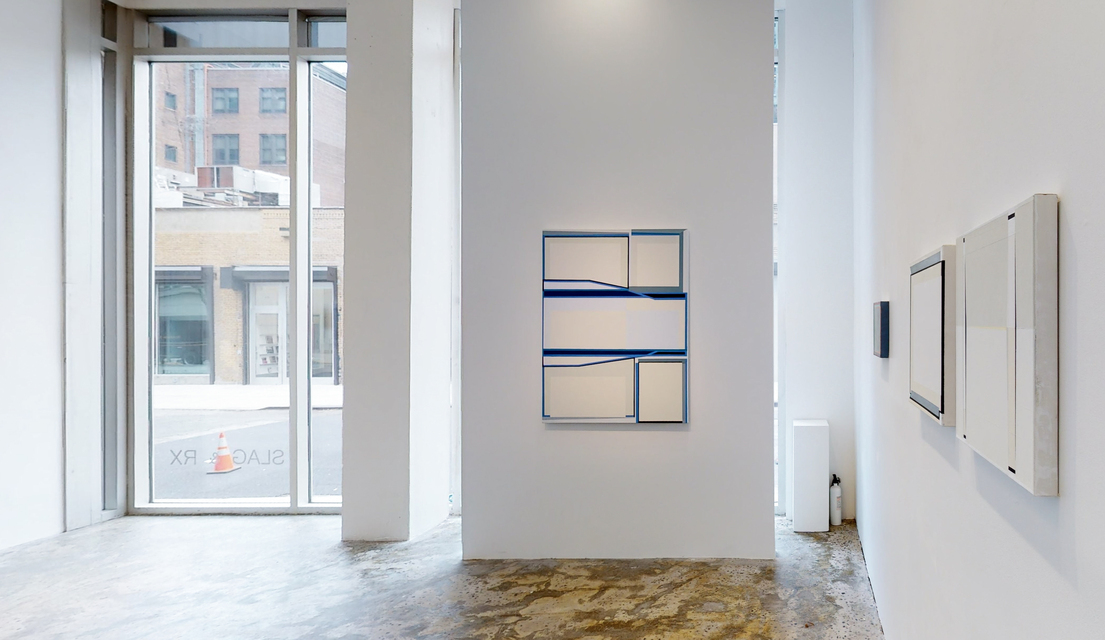 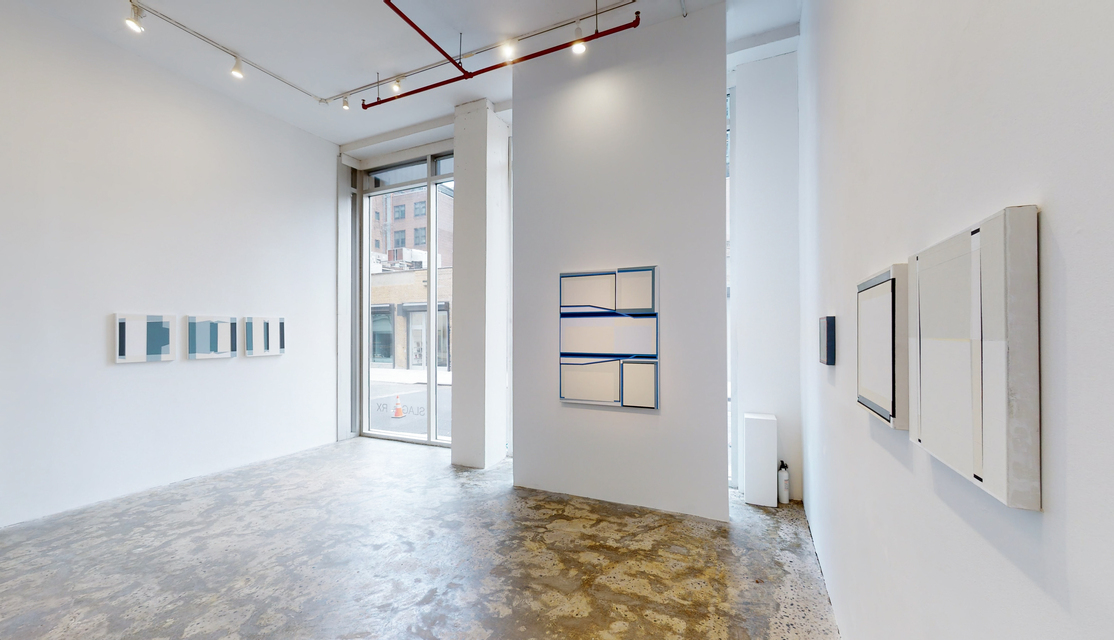 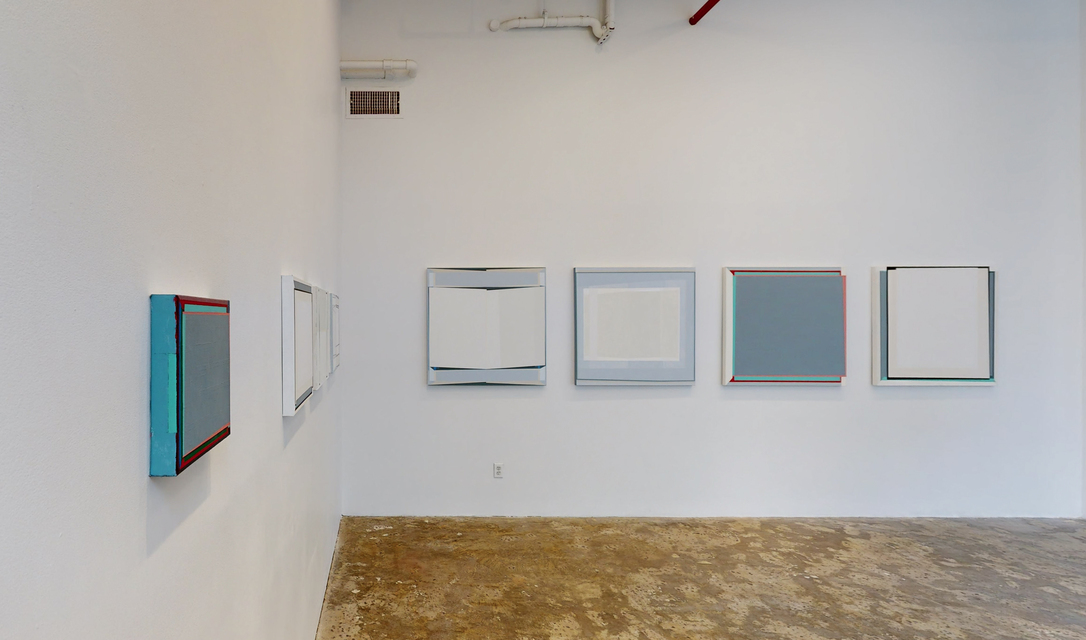 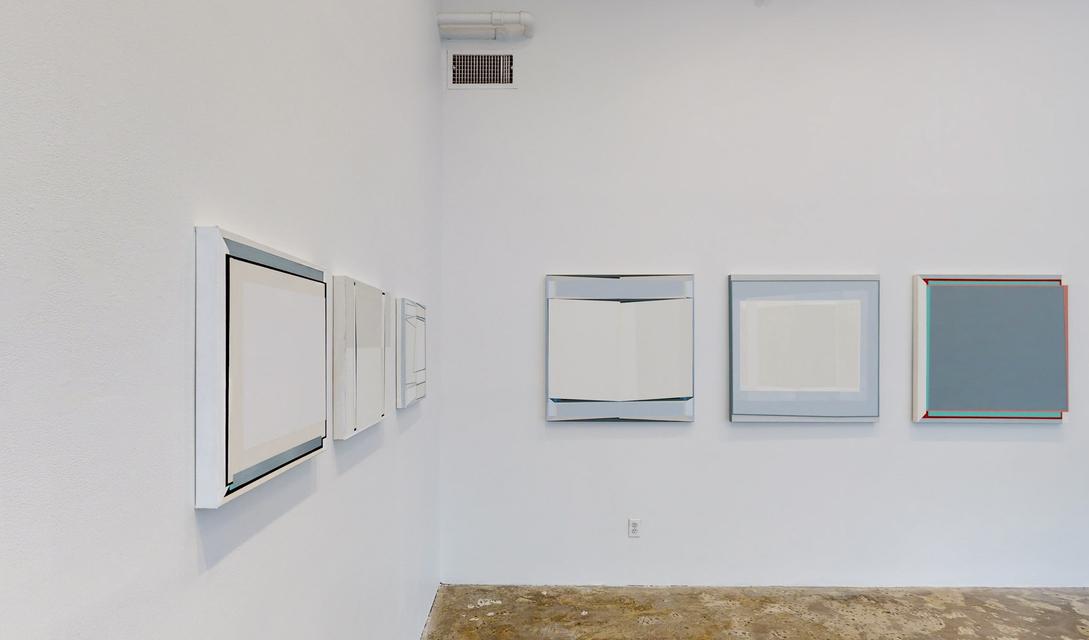 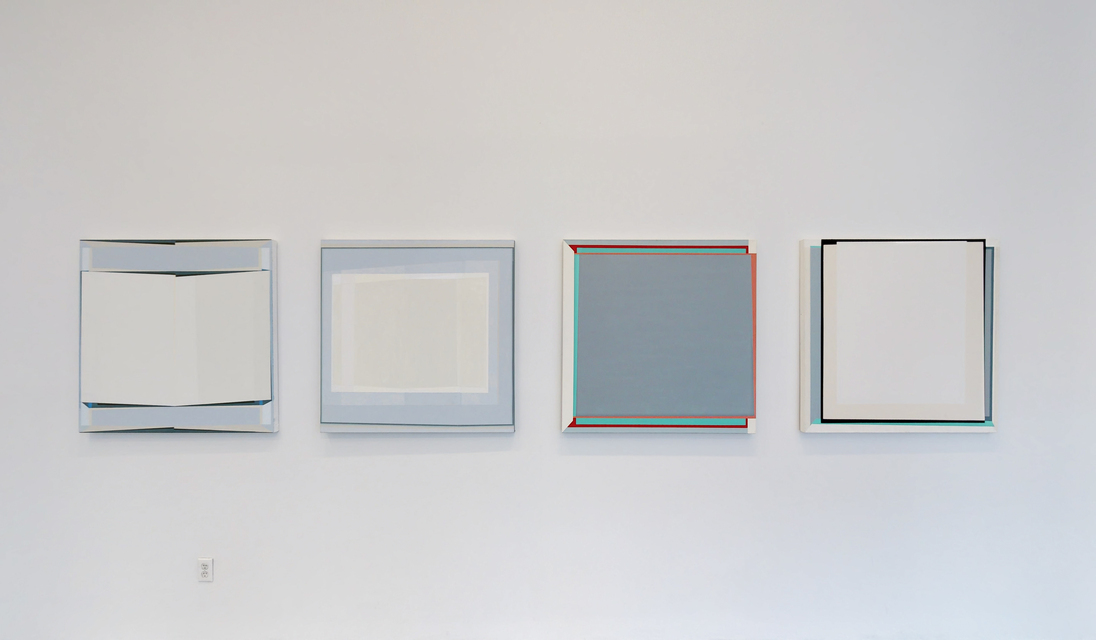 Slag & RX Galleries are pleased to present Slipping Space, a series of paintings by Larry Greenberg. This will be

These works are the culmination of Greenberg’s vision, honed during a lifetime of intensely looking at art and the rectilinear New York cityscape that he grew up in, while, in the solitude of his studio developing his unique sense of the mysteriously shifting intersections of color, edges and space.

Greenberg’s influences range from Giotto and Piero della Francesca to Ad Reinhardt, Giorgio Morandi, and Philip Guston who taught at the studio school in Manhattan when, as a very young man, Greenberg studied there in the late 1960’s.

Drawing was essential to him. “We would draw for eight or nine hours a day at the studio school.” Greenberg recalls. “And doing this, I became attuned to how edges correspond with space, how empty space is activated by the edges.” From there came the natural transition to “drawing with paint,” as Greenberg does so incisively
in Slipping Space.

There is a surprising amount of emotion in these paintings. The palate is pale, creamy, muted- blocks of color planes that slip back and forth. Shapes interact with each other, the center pushing out the edges that hit and then seep into adjacent planes. When he embarked on this series, Greenberg went through a process of what he calls “emptying out, simplifying everything I had internalized over the years.” He approached these paintings with a hard-earned combination of knowledge and purity, and one can feel the tension between them.

Greenberg’s long path to Slipping Space was unconventional. While raising two daughters in Brooklyn, he worked in his family’s sheet metal business near the Williamsburg waterfront, a tough, no-nonsense Milieu during the decades prior to gentrification. He existed in two worlds, with two brains - the practical small business owner and the restless evolving artist. In this sense, he belongs to an American tradition that includes Charles Ives, the groundbreaking composer who worked as an insurance agent by day, and the poet Wallace Stevens, an insurance executive who, with quite a relentlessness, perfected his literary craft. Like them, Greenberg is a formalist in the coolly rigorous modernest tradition. With this show, he emerges whole cloth, as a sophisticated, fully formed artist. Larry Greenberg lives and works in Brooklyn.