Click for more information on Estate of Alain Kirili 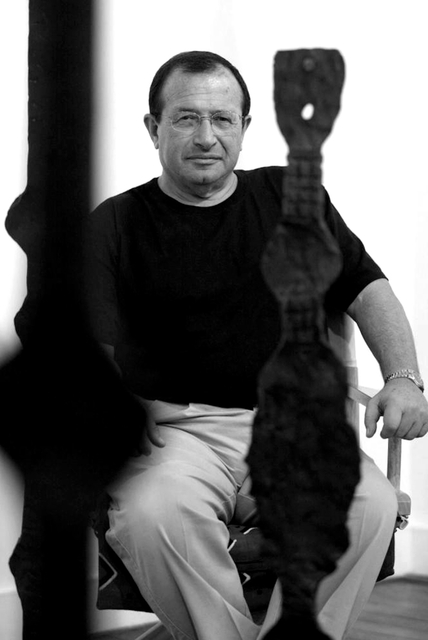 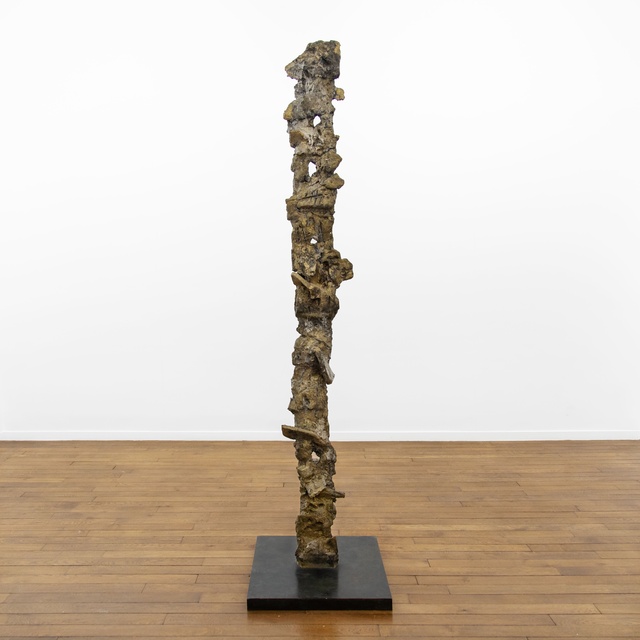 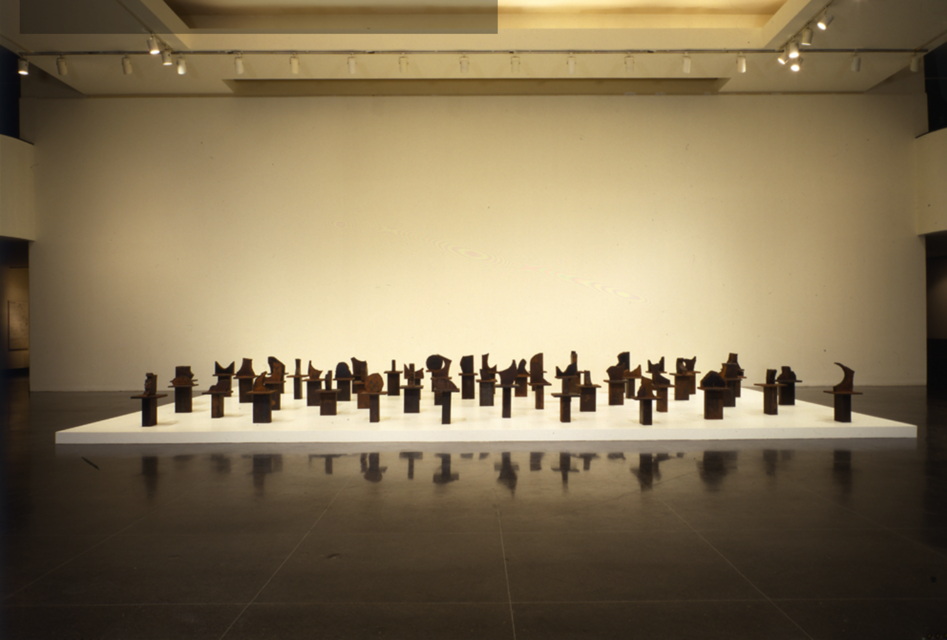 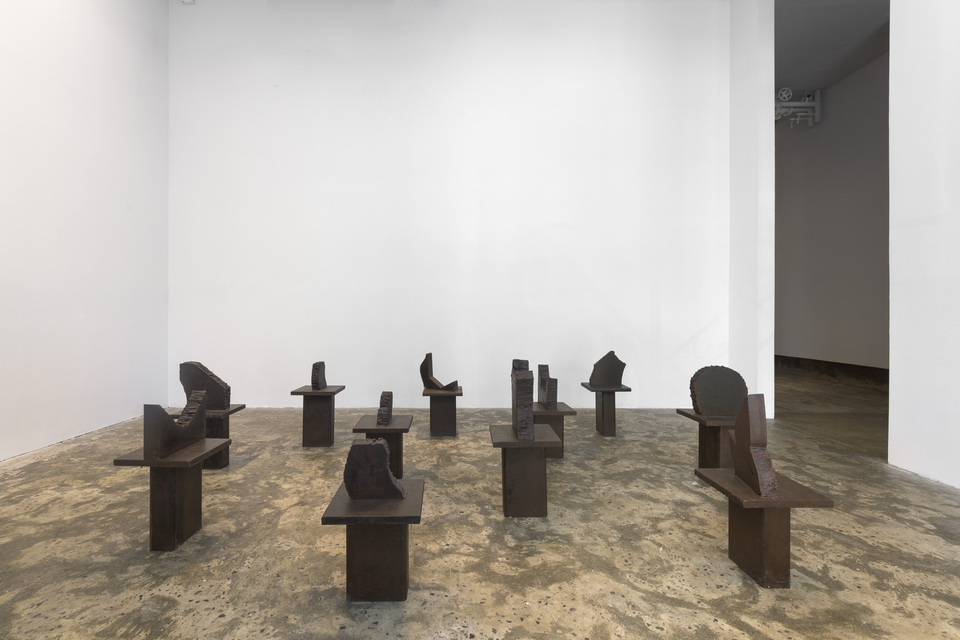 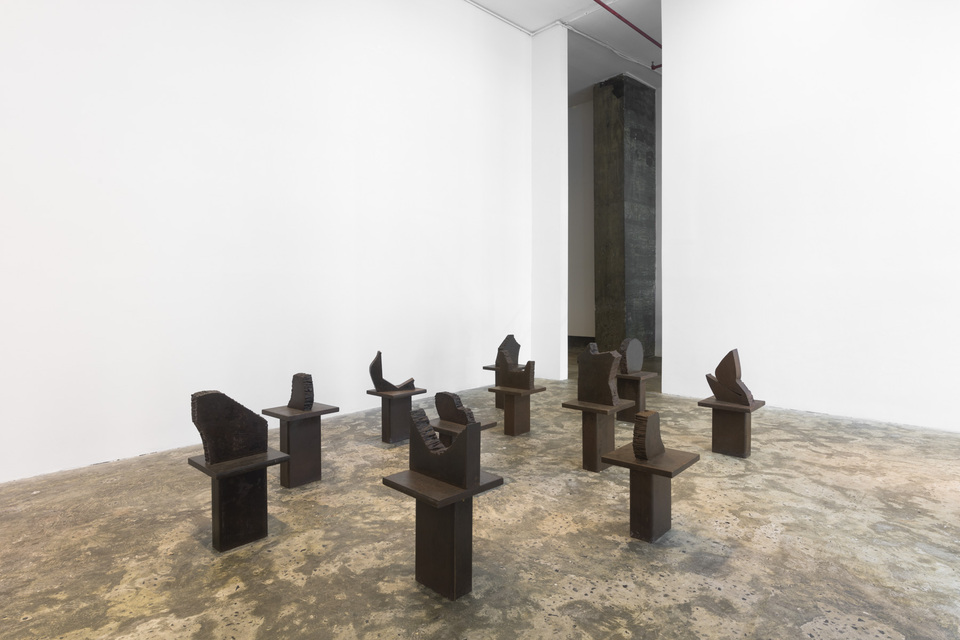 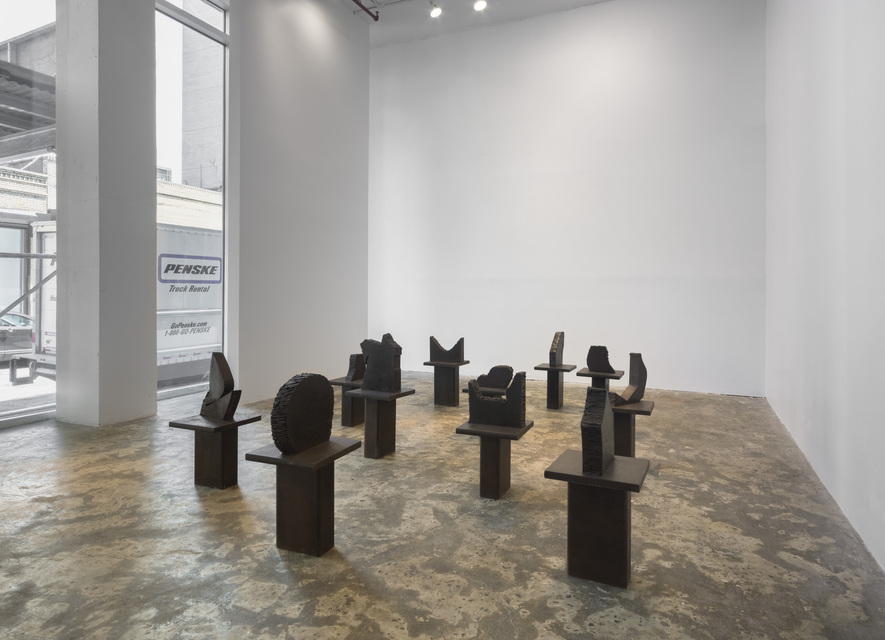 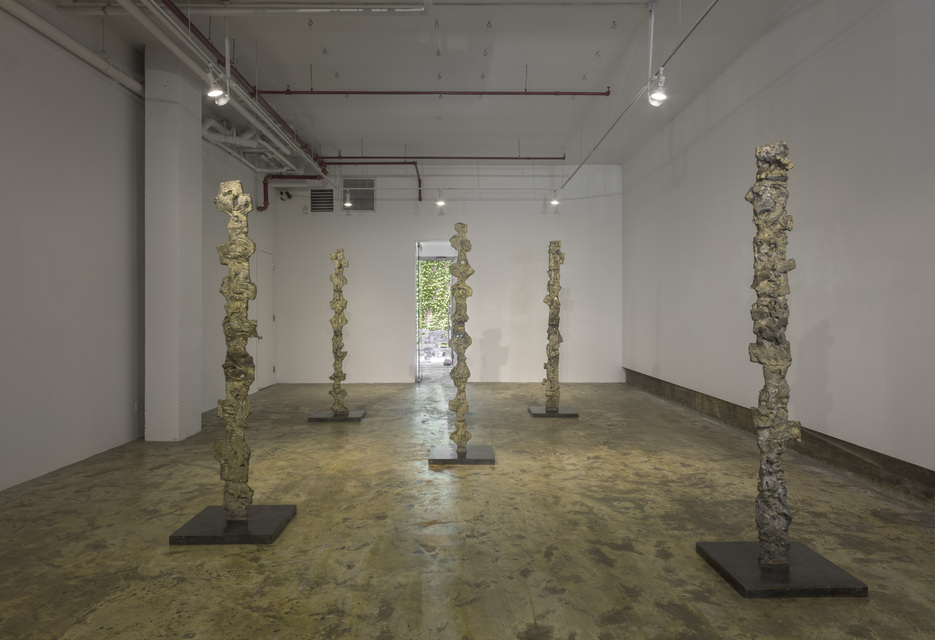 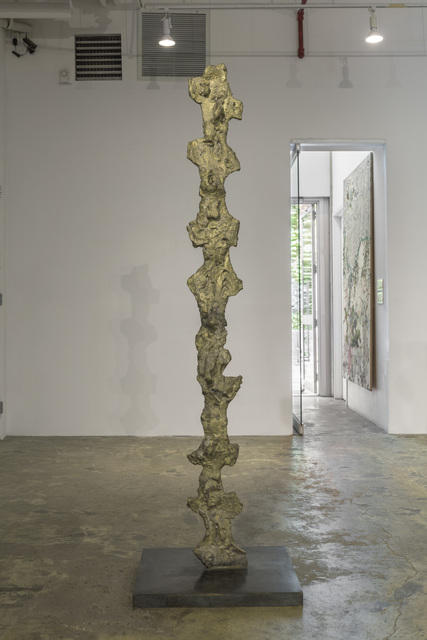 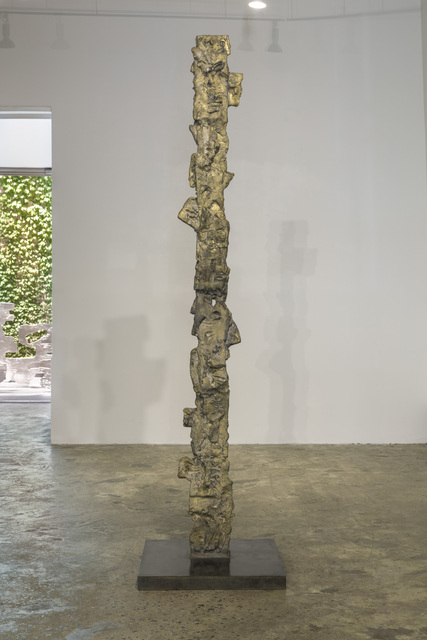 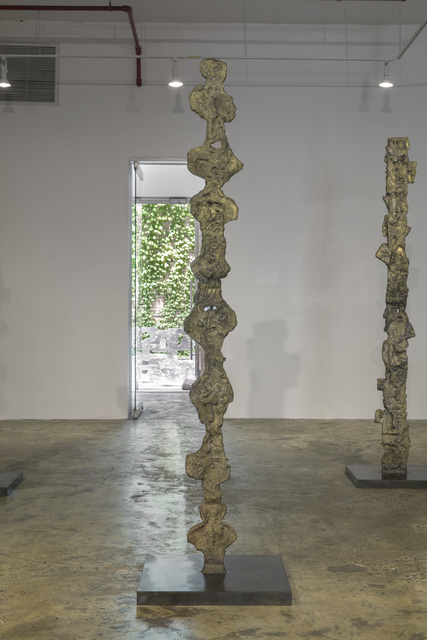 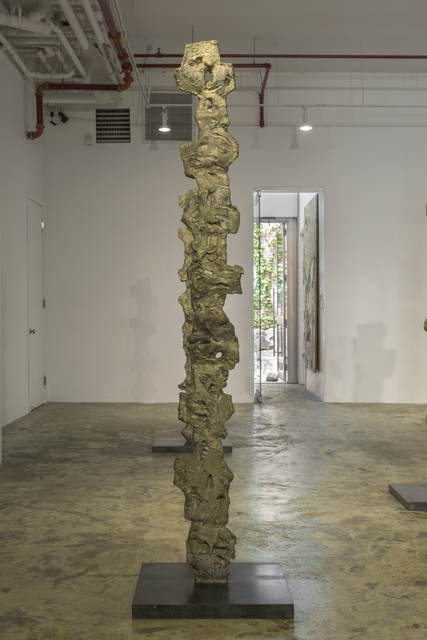 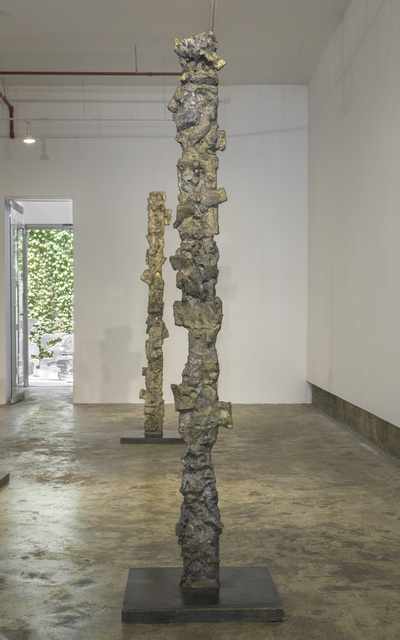 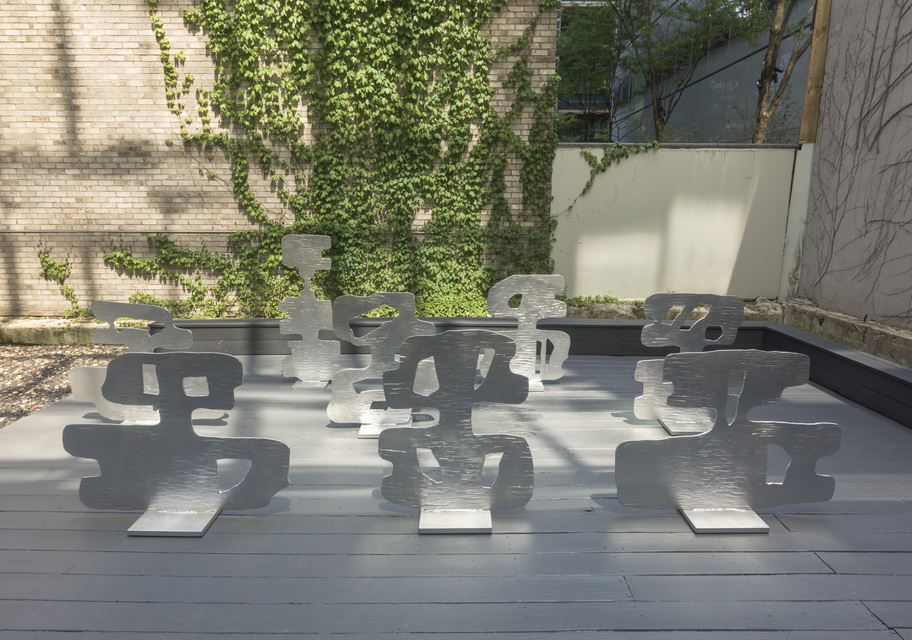 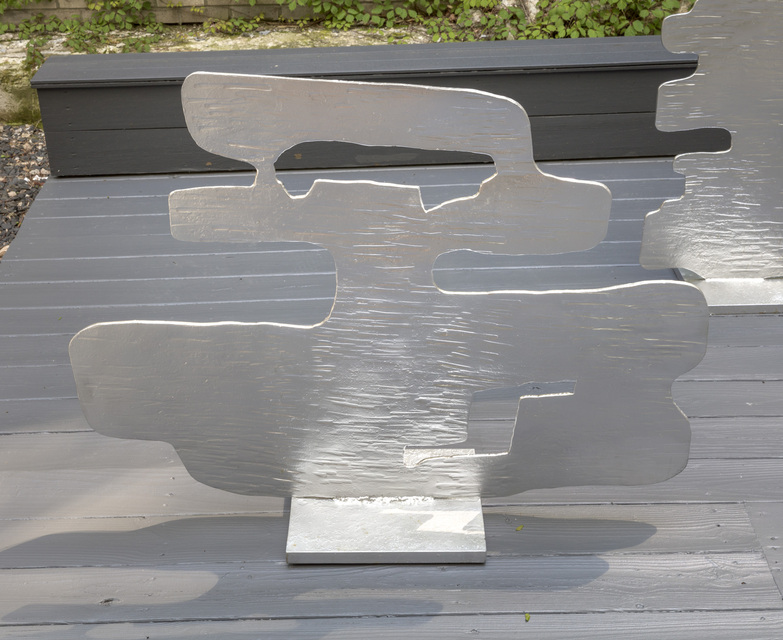 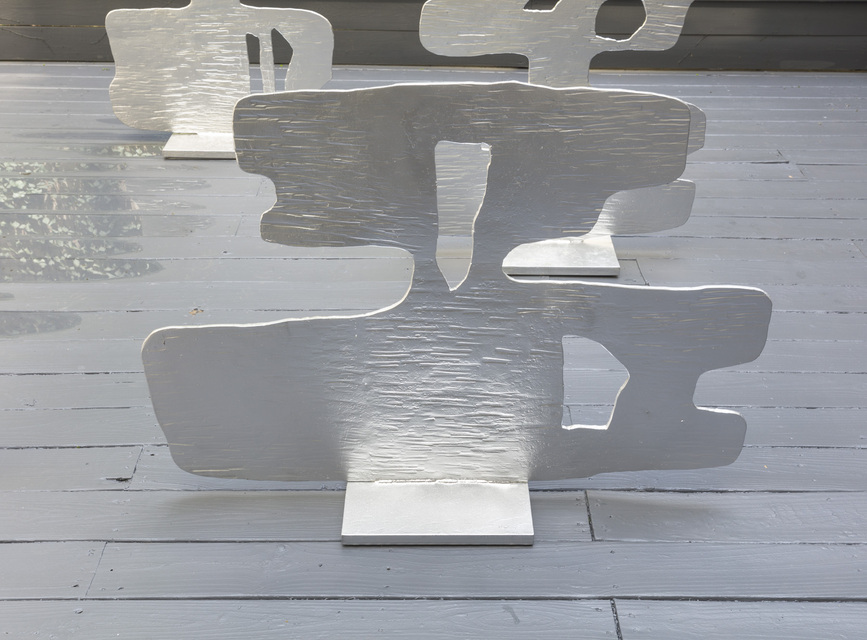 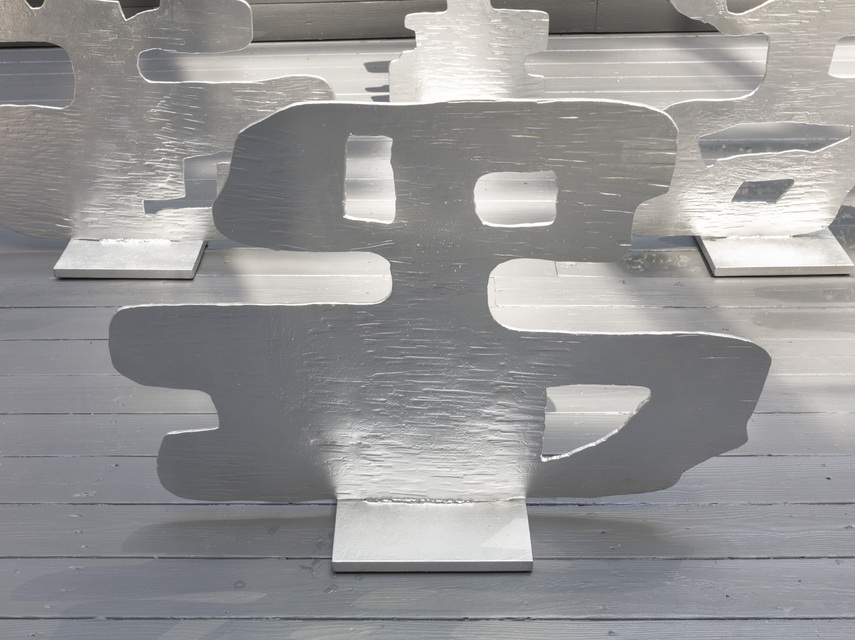 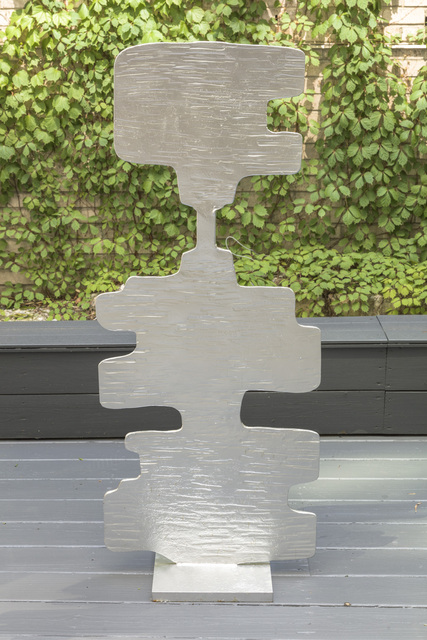 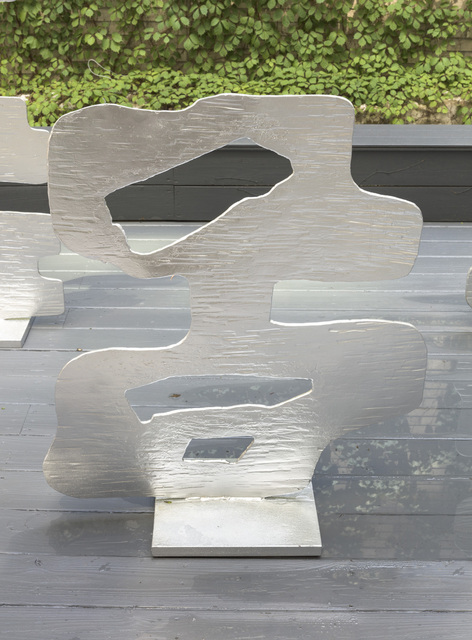 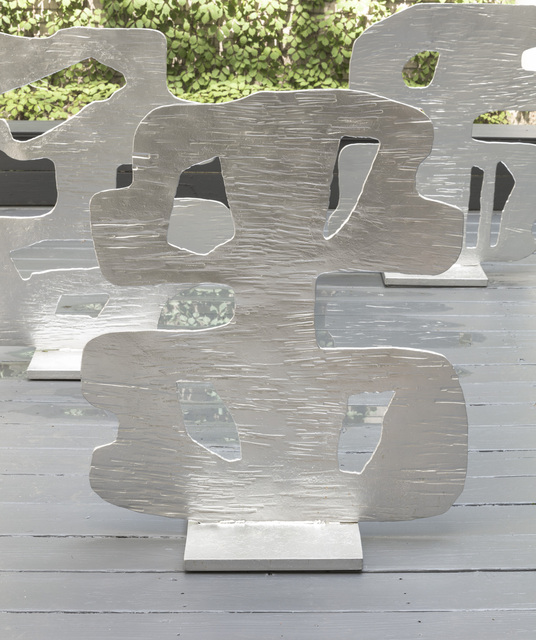 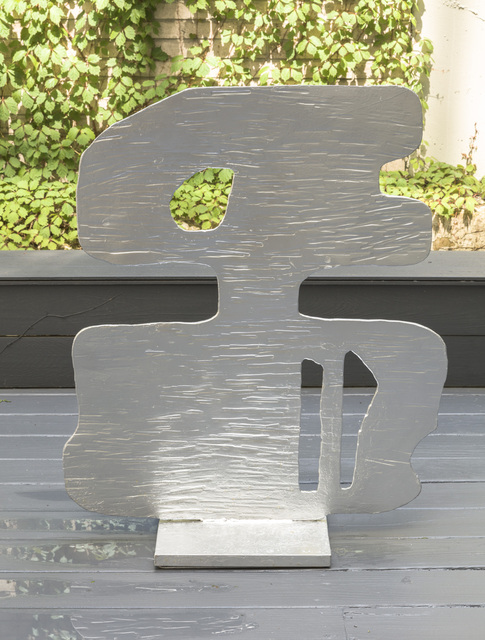 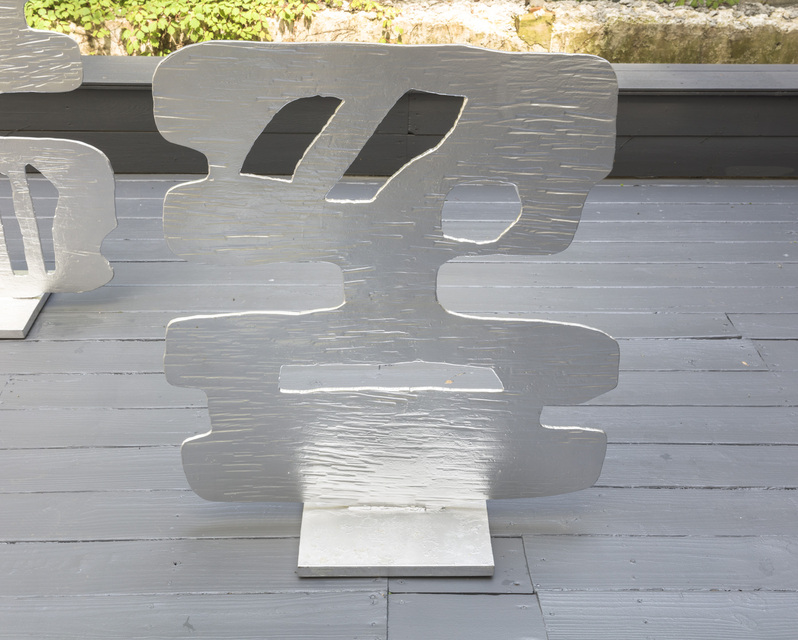 "I am a calligrapher in stone, in earth,

I am a calligrapher in iron '' - Alain Kirili

SLAG & RX GALLERIES are honored to pay tribute to Alain Kirili (1946-2021) and present a solo exhibition featuring three groups of sculptures spanning over three decades. Special thanks to Ariane Lopez-Huici, his spouse, for her assistance and trust.

This commemorative exhibition will present three bodies of work:

Commandment XVI (1991) is one of Kirili's most important series. The works in this series resemble "mystical fonts" and "abstract alphabets" composed of distinct geometric forms rising to 38 to 90 centimeters.

Kirk Varnedoe addresses the question of the symbolic value of elemental forms, particularly when it comes to glyphs, signs, and texts, which refers to Kirili's fascination with sacred texts and his affinities with them with Roland Barthes' entourage: Philippe Sollers and Julia Kristeva.

Open form (2005) refers to the sound composition and three-dimensional elements that can find infinite combinations.

"It is a living situation, without a beginning or an end, which keeps the creative process wide open. [...] I am reacting against a new form of repression, a world of excessive virtuality. That is why I am so involved in a selection of music, poetry, and sculpture. It's an alternative that I would like to see live on because it's a project that is part of human dignity. As a sculptor, I enjoy putting tactility up against virtuality. I like the: Please touch."

The series Totem was presented in the gardens of the Palais Royal in 2005. The group of six three-dimensional signs, sculpted in a repetitive and random rhythm, represents a hymn to verticality and lightness.

Although these sculptures were poured in bronze, the forging technique required him to work quickly and spontaneously with his hands, while the iron was hot and malleable. The imprints, marks, and traces of Kirili's rapid and intuitive manipulation can be seen in the holes, gestural 'stains,' and indentations left on the copper surfaces of Totem (2004). [...] (extract from Brooklyn Rail)

Kirili spoke fervently about the need for art to rise, both literally and figuratively: "I need verticality; it is part of my means of survival, of my own dignity. These contemporary obelisks have a scarred surface and a broken and unfinished touch; this energizes their verticality."

About the artist, Alain Kirili

Alain Kirili, born and raised in Paris, was quickly captivated by American expressionism in discovering David Smith's sculptures and the paintings of Barnett Newman. The artist translated, into his sculpture, inspiration from several cultures:  American expressionism, Korean calligraphy, and the original Hebrew alphabet, which was at the origin of his series, "Commandments." Traveling through India added a spiritual and sensual dimension to his sculpture by understanding the Hindu concept of Yoni-Lingam.

Furthermore, Jazz and Afrobeat music played a significant role in his creative process denoted by improvisation and rhythm. Speaking about sculpture, Kirili said that the music and dance speak in communion in his workshop and exhibitions.

In 1972, Alain Kirili had his first solo gallery exhibition in Paris at Ileana Sonnabend. There, he met Robert Rauschenberg, who invited him to New York. Debuting in 1976, a chain of exhibitions anchored his international career, which started with P.S.1, New York, then Kassel's Documenta 6 (1977), his first solo exhibit in New York with Ileana Sonnabend (1978), followed by the first acquisition by the MoMA (1979) then a second (1984), and a solo exhibition at Galerie Beyeler in Bâle (1980).

Maria Mitchell is a skilled and expressive dancer, and her very presence on the stage is mesmerizing! She has shared the bill with such jazz greats as Joseph Jarman, Leroy Jenkins, Billy Bang, and other innovative musical improvisers. Mitchell's expressive style, fierce energy, and sensitive timing display an impressive range of dance training and other influences on her work.

Ned Rothenberg is an American multi-instrumentalist and composer. He specializes in woodwind instruments, including the alto saxophone, clarinet, bass clarinet, flute, and shakuhachi. He is known for his work in contemporary classical and free improvisation.