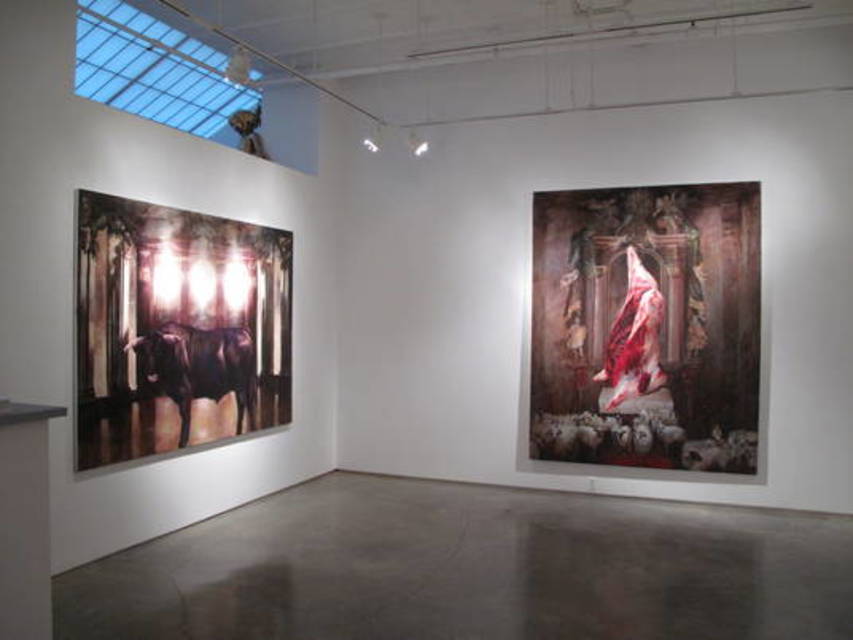 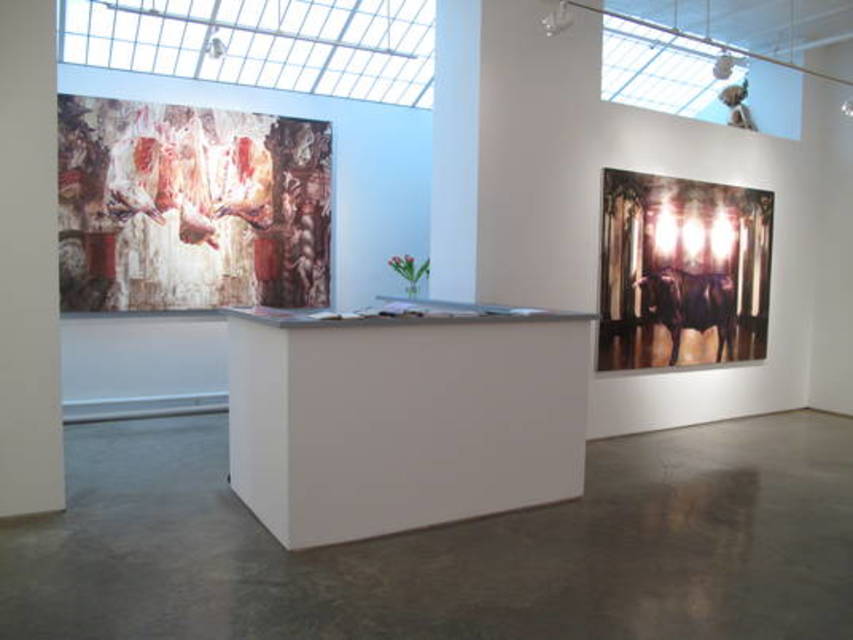 Gheorghe Fikl's  striking images and the violent tones, in which the antagonistic symbols of absolute piety and aggressive carnality explore each other from a distance, and reveal a permanent and almost unbearable psychological tension that focuses especially on a “no one’s land” in between them.

Fikl’s approach is starkly uniform. His compositions are almost always balanced, with a central elongated animal figure set against a symmetrical background. The central figure is lit dramatically, with a single source of light from above, as if taking center stage in a theater production. Indeed, his works seem plucked directly from the theater, with a complex drama unfolding in each painting. They are like sinister operas rendered in paint.

“Strange worlds meet on the surfaces of Gheorghe Fikl’s opulent paintings. The grand and awe-inspiring kingdom of Life, of animals and nature, is set against the luxurious backdrop of lavish objects and decadent settings. In Fikl’s paintings two forms of bounty collide to produce a hybrid world in which glory, beauty, and elegance reign supreme.” —from the catalog essay by Chen Tamir

An illustrated catalog including essays by Lyra Kilston, senior editor of Modern Painters, and Chen Tamir, independent curator and director of Flux Factory, will be published in conjunction with the exhibition.