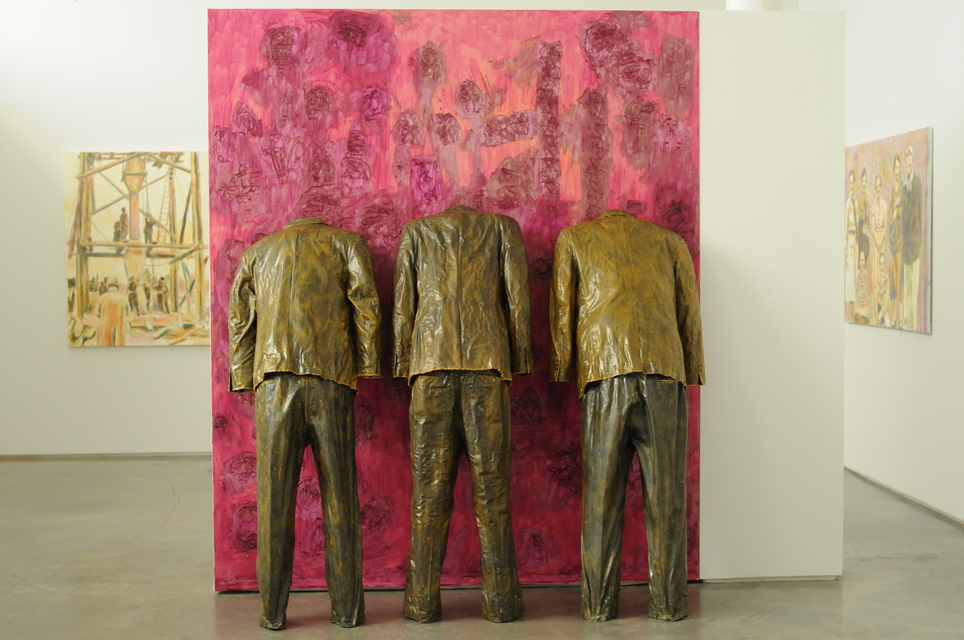 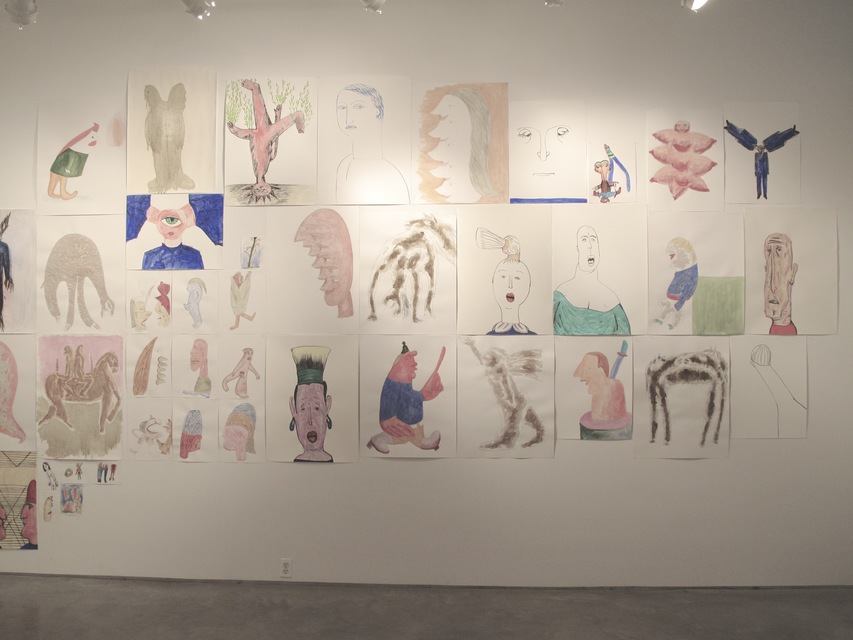 SLAG Gallery is pleased to announce the opening of “Core”, new works by Dumitru Gorzo.

With this new body of work, Gorzo has concocted a formula of clay and glue on paper and canvas as his focal medium. For him, the use of paper is extremely important—its’ properties possess a vulnerability, or permeability of sorts, that literally allows the surface to vibrate with feeling. Given the earthen qualities of these materials, it is no surprise that the artist often drew with mud as a child and found the Romanian landscape as an early inspiration, further pointing to his works’ direct connection to his homeland. The intensity of pigment attained through oil or watercolor coupled with the tactility of clay, coalesce in a way that could be seen as bringing sculpture to canvas or paper.

The salon-style hang of works will allow for a ‘choose your own adventure’ book-like experience of
sorts, suspending narrative and allowing for multiple readings between the vast array of characters on display.

An illustrated catalog including an essay by Amy Owen, an independent curator based in New York and Director of Exhibitions at Artists Space, will be published in conjunction with the exhibition.