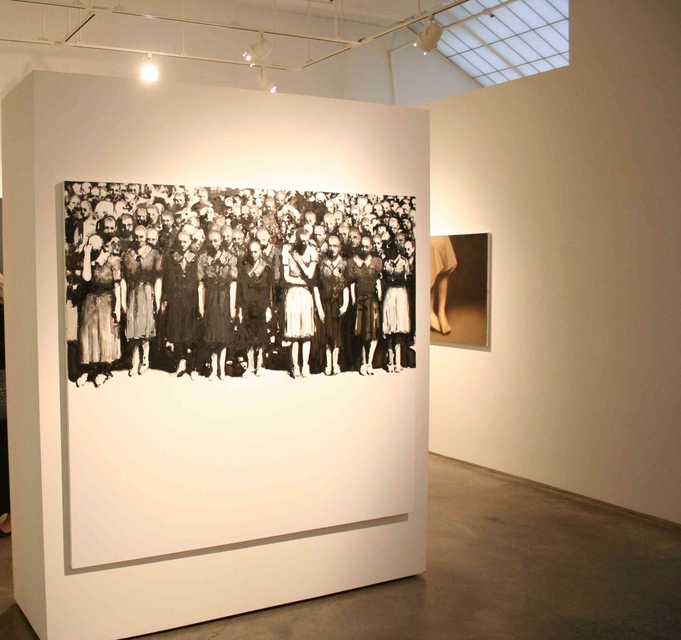 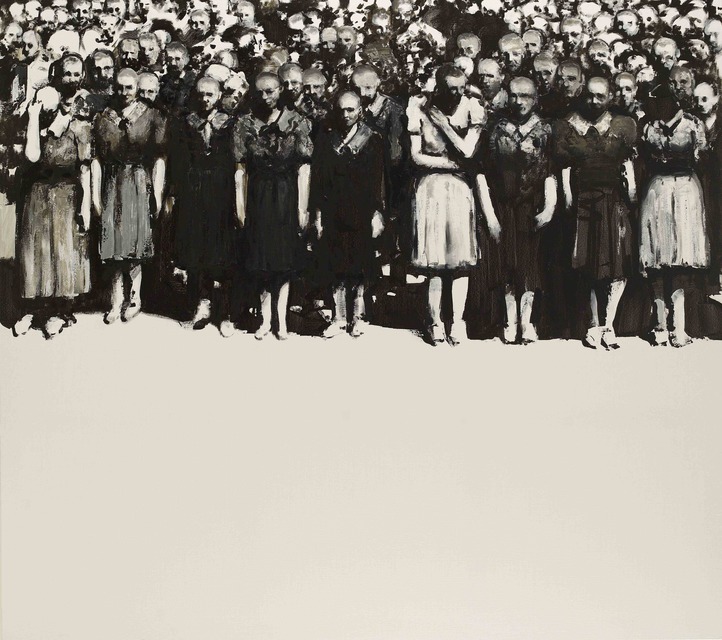 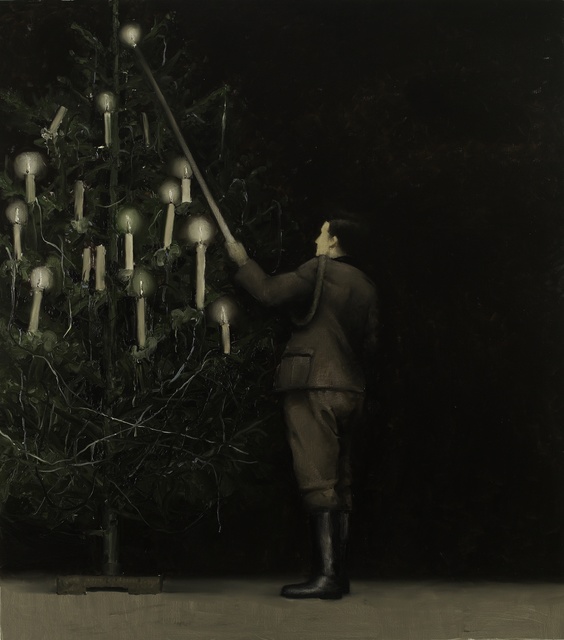 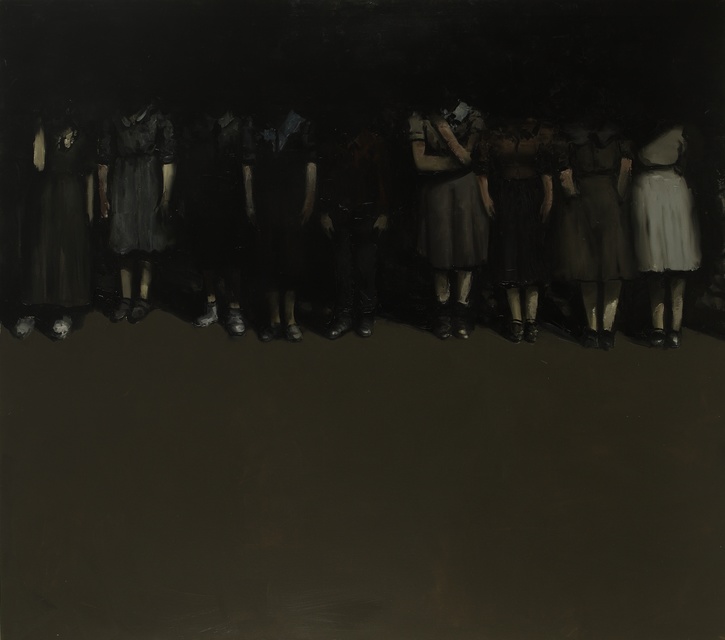 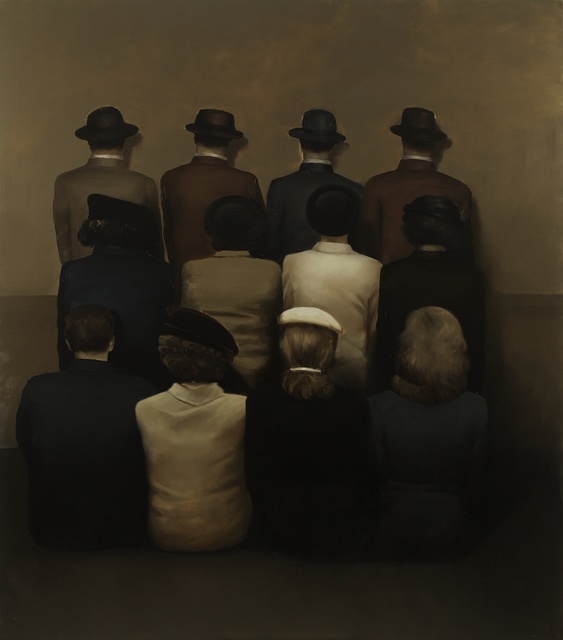 Slag Gallery is pleased to present The Fall, with recent works by Romanian artist Mircea Suciu.

A grim faced man perches precariously on a stepladder, leaning forward as if to dive toward the floor. A pair of women dressed in the fashion of the fifties stand with their backs to us, apparently engrossed by the blank gray wall in front of them. A man in a brown suit and fedora lies curled in a near fetal position on the ground. These scenes, the creations of painter Mircea Suciu, are realized with muted colors and presented in settings devoid of detail. The titles (respectively Final Speech, The Abstract Painting and Nightmare) are as enigmatic as the images.
The exhibition will include 13 of the artist's recent paintings on canvas. Mircea Suciu proposes a pictorial discourse extended into the meanings of a Camusian disenchanted world, in which the human order proves many times unjust and precarious.
Suciu notes that this body of work, with the series title The Fall, was inspired in part by the global financial meltdown. In keeping with the artist’s indirect approach, the current crisis of capitalism is evoked here less by specific references than by a general ambiance of failure and loss. Drained of color, affect, and immediacy, these paintings suggest a world in which the satisfaction of desire, that staple of capitalist economies, has become little more than an impossible fantasy or a distant memory. In this, these paintings express the great paradox of our age. Two economic systems, once separated by the iron curtain and framed as polar opposites, are revealed instead as two sides of the same coin. Equally bankrupt and equally permeated with empty promises, they leave behind a world bereft of warmth and hope.

An illustrated catalog including an essay by Eleanor Heartney will be published in conjunction with the exhibition.