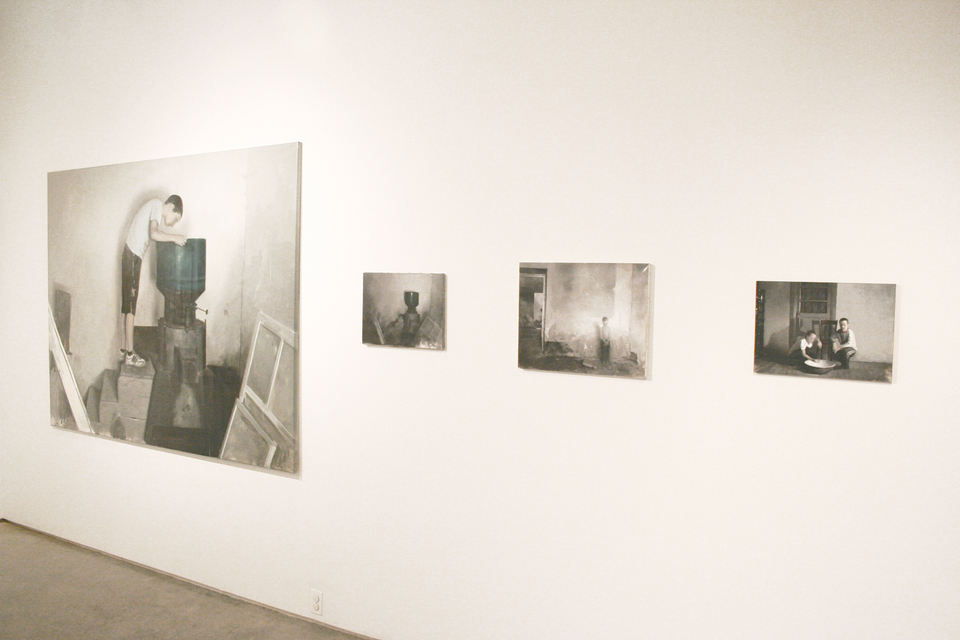 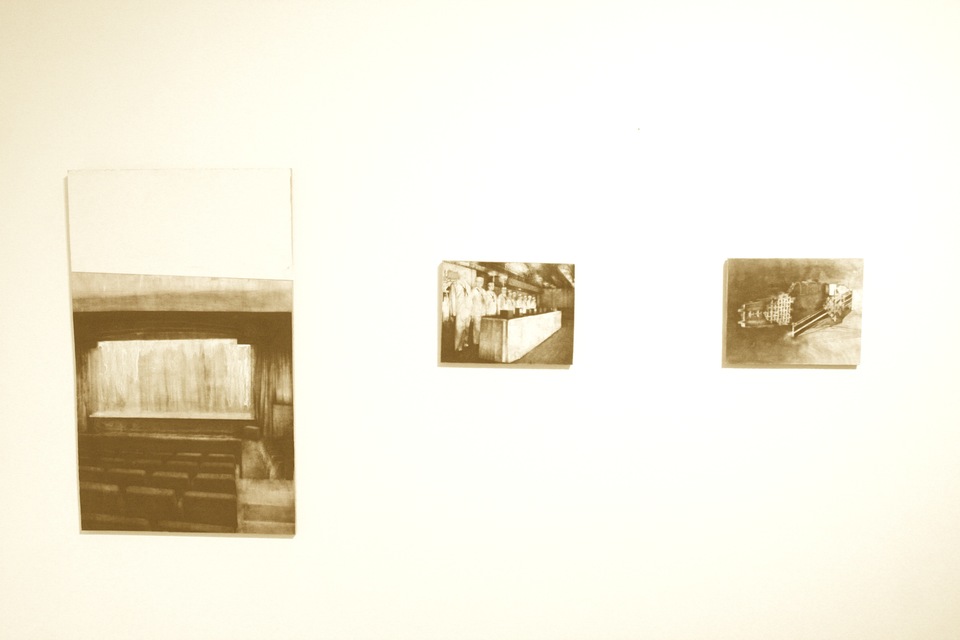 SLAG Gallery is pleased to announce REALM, an exhibition that attempts to uncover the imagination of four young artists, two from America, Erik Swanson and Max Dunlop, and two from Romania, Dan Beudean and Sergiu Toma.

All four artists use realistic imagery in their work, though the fragments of reality are often rendered against an otherworldly backdrop. The paintings and drawings in the exhibition often appear as though they capture a different time from our own, a memory perhaps, certainly something we can only access indirectly.

Dunlop, Swanson and Toma, focus solely on painting, and each reveals a willingness to utilize art historical approaches in their work, looking beyond the abstract work of the 20th Century to older styles of representation. Sergiu Toma in particular, who lives in Cluj, in northern Transylvania, cites historical painting as having influenced his work:

“ I was fascinated, since I was 14 and I started to paint, by the old masters of oil painting, especially in the Seventeenth Century, and this is obvious in a few of the paintings, especially the portraits where I was interested in creating spectacularly realistic images. However, lately I‘m more concerned with the atmosphere of my works, more interested in providing them with evocative power. ”

The titles of Toma’s paintings provide a clue to the nature of his inquiry, expressing a desire to enter some other dimension in ‘Time machine’ and “the Stage’, or simply make a journey in ‘bus school’. Recurring throughout Toma’s work is the reminiscence of childhood, capturing the essence of a realm from which we have emerged as adults, yet which we can no longer return to .

Dan Beudean’s work features mythic looking landscapes, whilst intimate drawings create the characters and creatures that might inhabit them. Beudean is currently working on a project titled, ‘Island of Beautiful Men, and in 2009 presented work at Romania’s influential Laika foundation that imagined an alternative Genesis, complete with new forms of animal life. In other, more realistic work, such as the drawings ‘House of Souls’ and ‘Givers’, Beudean shifts to more recognizable scenes, though an air of mystery and mysticism is still retained.

The large, colorful paintings of Erik Swanson, who was born in Santa Barbara and educated at LA’s Otis College of Art and Design, bring further layers of mystery to ‘Realm’, inviting the viewer to create a narrative for intriguing set pieces. Populated by characters who look as though they have stepped out of the novels of Dostoyevsky or Tolstoy, the paintings ‘Captain’ and ‘The Natural Scientist’ seem to provide an unexpected window on worlds that may not wish to share their secrets. Equally unnerving is ‘Gathering Storm’, which bears resemblance to the painting ‘If Not, Not’, 1975-6 by the late R.B. Kitaj. In that work, Kitaj had sought to reinterpret Renaissance paintings, transposing their subjects to a new realm influenced by the events of modern history. Swanson’s paintings express a similar merging of time periods, crossing the boundaries that divide them.

With his dark, foreboding paintings, Maxwell Dunlop is another artist playing with time. His work represents the present, yet it is rendered in a way that makes it appear as though it were a degraded photograph from the past. The realms he wishes to reveal to us are our own physical cityscapes, yet he must do so via the prism of his own perceptions and memories. The result is that the realm he opens the door to is that of his own head:

“Sitting in my studio, digesting The City. My sketches, photos, memories, and past paintings: the world becomes less external: It transforms into a symbol of where I am at that time: an open-ended metaphor with a fluid interpretation.”