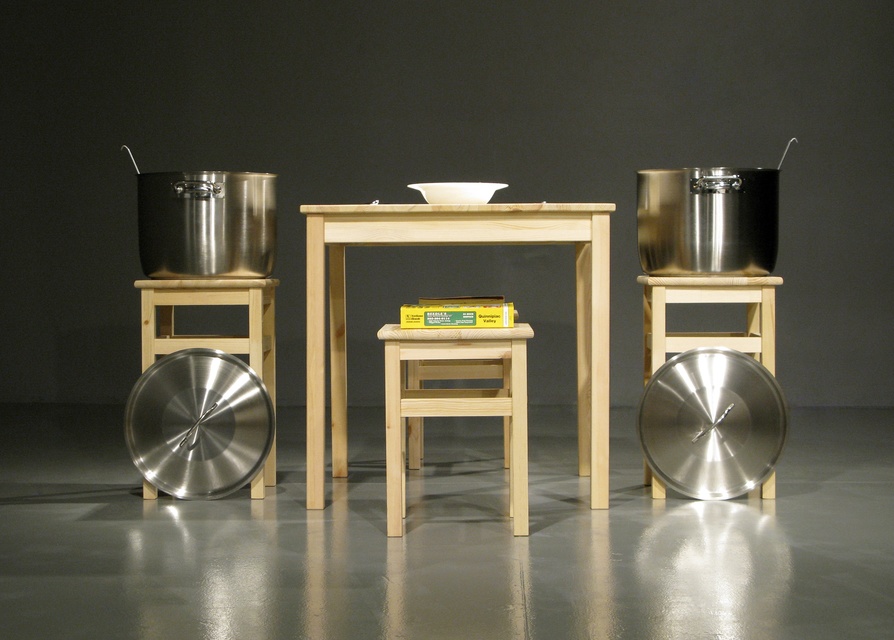 ‘Gogol, not Google’… and we laughed. This exhibition appropriates the name of the great Russian/Ukrainian writer to speak about the haunting appearance of physical objects and images in the present world, in which laughter (sometimes through tears) continues to serve as a potent agent of timeless sublime. Laughter keeps disarming the body and makes it invisible.

The time and the place of action should be considered irrelevant. ‘[I] t is as useless to look in Dead Souls’, as another giant Russian writer observed, ‘for an authentic Russian background as it would be to try and form a conception of Denmark on the basis of that little affair in cloudy Elsinore.’ Who doubts the existence of Dead Souls …

Post-Gogol: The Silent Absence of the Body is a micro-tribute to books, or rather to the book, not as a text, a pure artifact or a found object, but rather as an inspiration (direct or indirect) for the artist. By alluding to such loaded referents as Gogol’s stories, the artist acknowledges the rigorous yet evanescent power of poesis. However, none of the artists in this show illustrates Gogol; what they do, instead, they share ‘a Gogolian gusto of weird details.’

The artists in this exhibition represent different generations (the oldest one was born in 1939, the youngest in 1985) and come from different parts of the world: the U.S., Brazil, and the Ukraine. They are the hybrid and cloudy citizens of their countries: the native of Detroit, Jason Irla currently finishes an MFA program in Baltimore, MD (probably the most “Gogolian” of all American cities I know); Lina Kim of Korean and Brazilian family backgrounds, lives in Germany; Adam Niklewicz and Krzysztof Zarebski emigrated to the United States from Poland before the collapse of the Berlin Wall; the SOSka group consists of three Ukrainian artists born in their country before it ceased to belong to the Soviet Union. –Excerpts from Marek Bartelik’s introduction to the show.

This exhibition will present Irla’s digital video and C-prints The Past Has Made Us Apprehensive Of The Present , 2010; Kim’s photographs from the series “Rooms,” 2003-2006; Niklewicz’s multimedia installation My Dinner with Marian, 2009-2010; SOSka’s video Barter, 2007; and a selection of Zarebski’s recent sculptures and drawings. In addition, the exhibition will include a “pictogram” from 1983-90, by the late Polish artist Jan Tarasin (1926-2009).