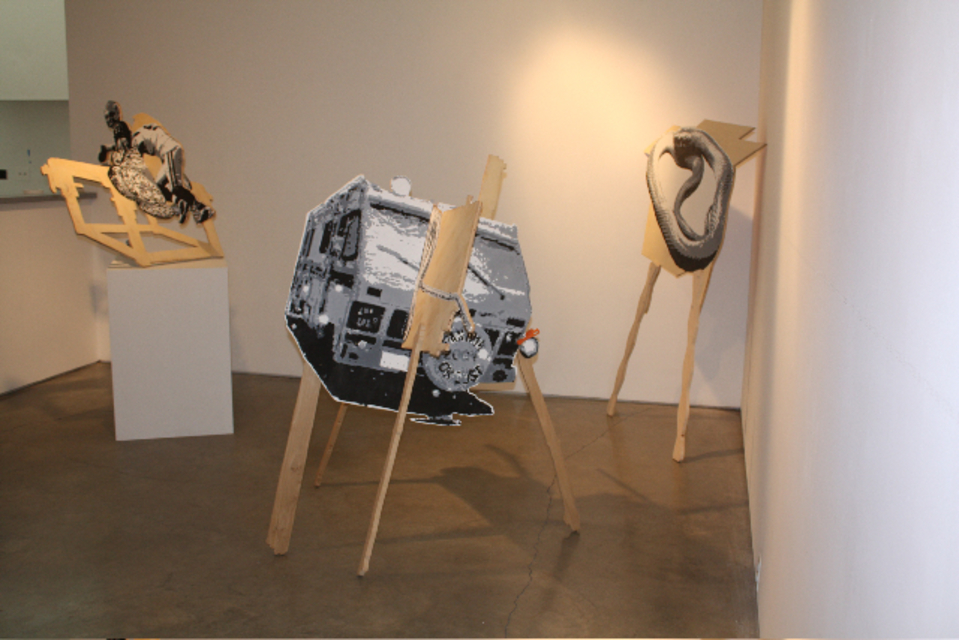 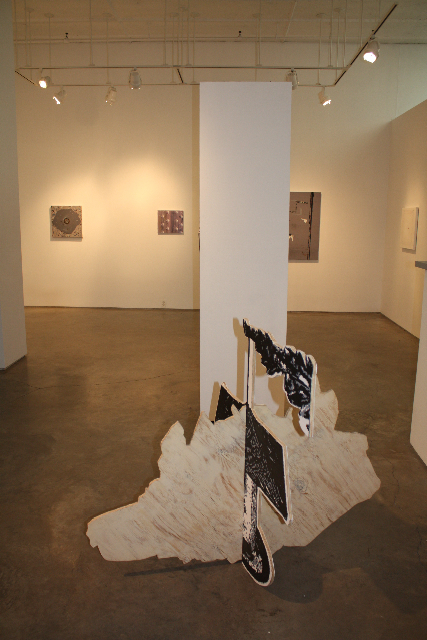 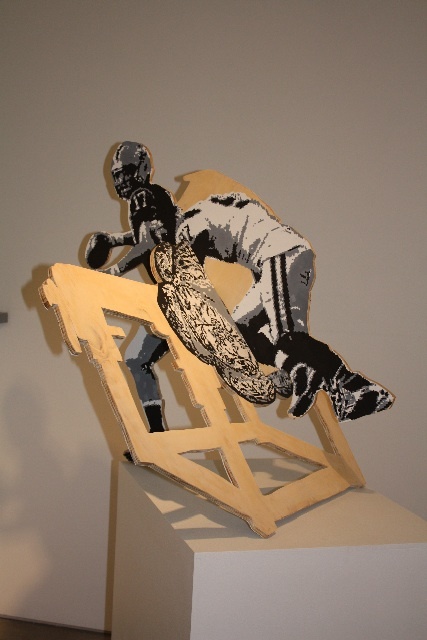 The new exhibition at Slag Gallery, Two Way Street presents two artists who isolate elements of the commonplace with a poetic simplicity that rises above casual observation.

In her paintings, Hannah Cole invites the viewer to rediscover his/her own surroundings filtered through the artist's own emotional prism. Taking randomly observed fragments of the urban environment, she composes works that flirt with the history of American abstract painting. Critic Cate McQuaid describes Cole as " a painter with a sharp visual curiosity and a perfectionist’s dedication to technique."

Nicole Stone creates surfaces that vibrate with energy.  She materializes subtle gestures into dynamic, multi-dimensional forms that derive power from layers of meanings and elegantly suggested ramifications.  With sensibility and exquisite craftsmanship, Nicole “endows” her work with various entry points inviting the viewer to create narratives for her intriguing pieces.

“Six Inches features hand painted images on large plywood sculptures and a repeating text border on the wall beyond.  Apparently unrelated recognizable objects like a crashed truck, a mushroom, and a Lego ball, are painted in digitized marks in black and white gouache on plywood. A Google image search using the phrase “six inches” as the keyword provides image content and a central theme.

Focusing on what the phrase “six inches” can mean to a person (sexual jokes?) compared to what it means to a search engine (Have you ever measured something and then written that measurement on the web?). Reflecting on being alive at a time when so much information is available, I am exploring the relationship between what we know, and what we think we know. Unlikely to be reconnected easily, images with phrase, and phrase with images, Six Inches manifests the differences between the associative processes of humans and of computers.

I am inspired by misunderstandings occurring across ways of communicating, such as word vs. image, computer vs. human, and written vs. verbal language. Developed from areas of interest such as advertising, geometry, construction, art history, and science, my language is a mash up of references and materials.”