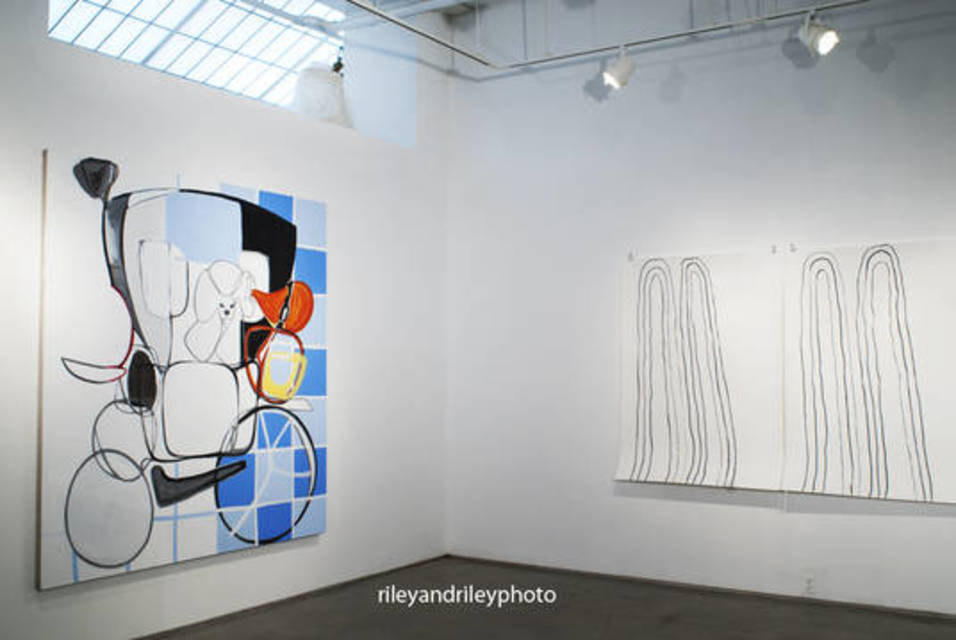 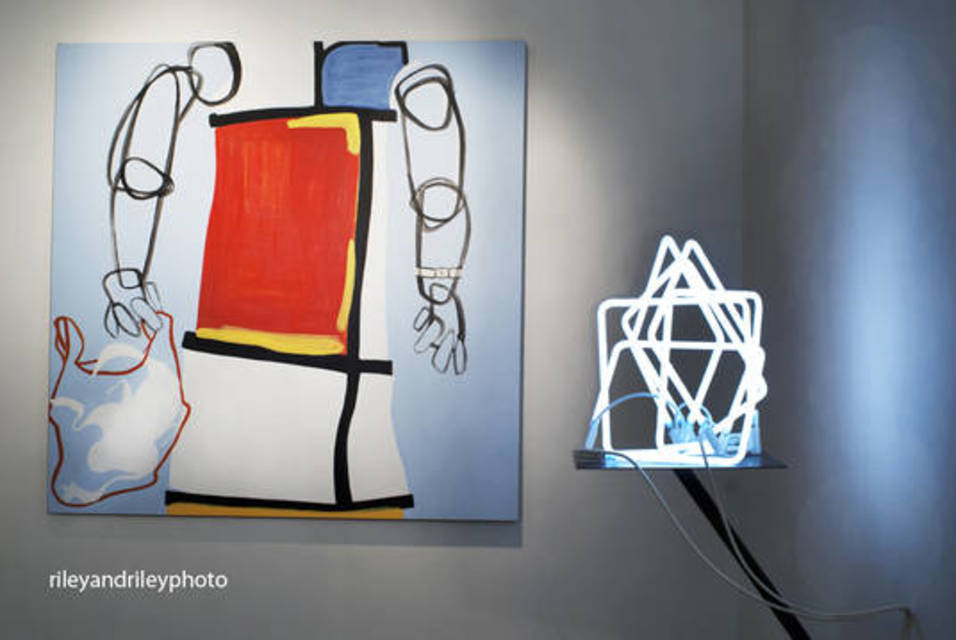 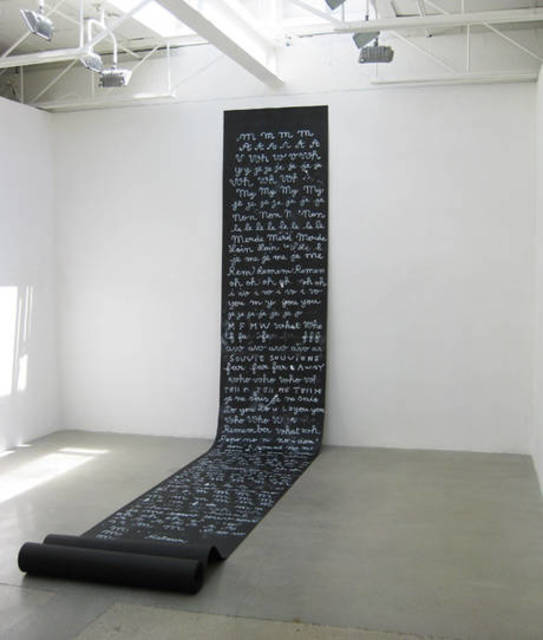 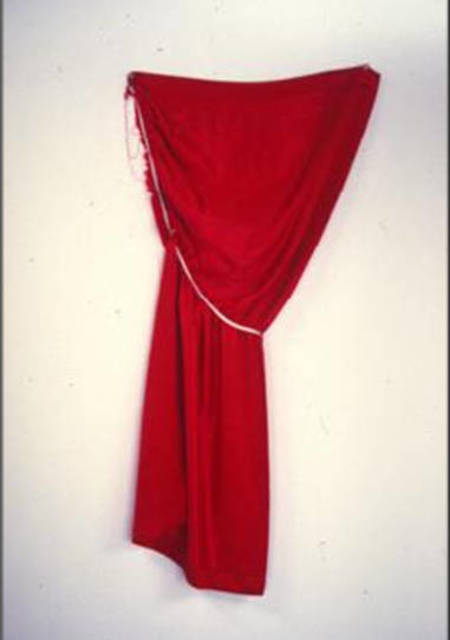 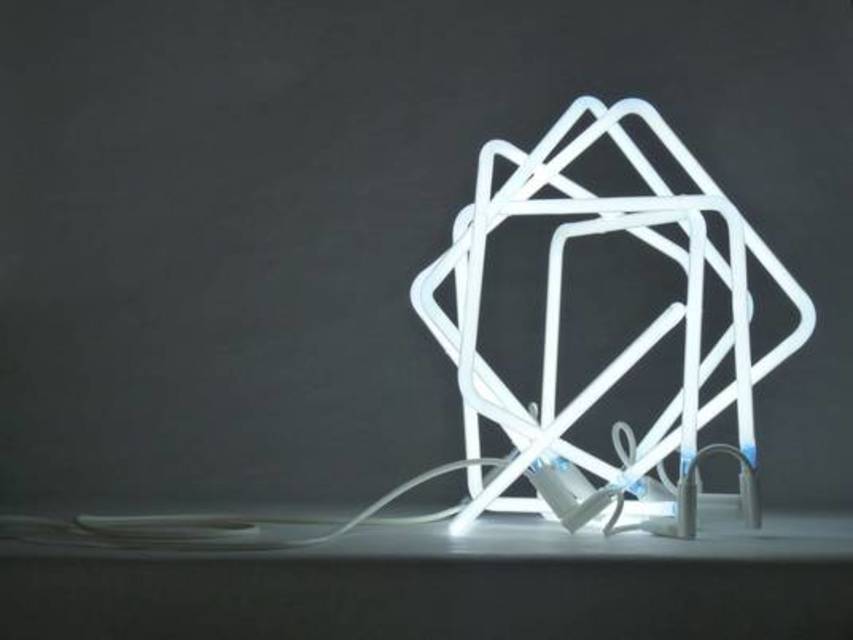 SLAG Gallery is pleased to announce the opening of OUT OF LINE, a group exhibition featuring work by Nils Folke Anderson, Anne-Lise Coste, Elana Herzog, Carin Riley and Molly Stevens, who is also the curator.

The conventional concept of line in visual art is bound to drawing on paper. In this exhibition, however, line is a presence, visible in movement and space, paint and electricity, language and metaphor. OUT OF LINE is a fresh look at a variety of line forms: fresh, meaning vigorous and immediate, but also meaning bold and cheeky. OUT OF LINE takes a risk and speaks its own mind.

Carin Riley ’s large-scale paintings from 2010 are the visual confluence of a personal vocabulary of images. Seemingly disparate elements cohere around fluid line work and a metaphorical logic that struts a bold attitude away from linear narrative.

Anne-Lise Coste ’s tarpaper scroll from 2009 is a bilingual stream of consciousness that is at once frenzied and hilarious. Line is text but also the loopy marks that form-handwritten letters and words.

Elana Herzog ’s effortless curtain from 1992 is at once mysterious and plain-faced, solid and delicate, decadent and frayed and, as such, reminds us that lines are not easily drawn. While the piece nods to Surrealism - and also to the Renaissance - it announces the artist’s rich involvement with textiles.

The electric lines of Nils Folke Anderson’s 2009 interlocking neon are bounded by form and released by light. This vibrant orderly disorder provides a model for the show as a whole.

In Molly Stevens’ surging 2009 ink mountains and cockeyed oil stick patterns from 2010, long currents rise up and down the page, lean into each other and draw apart to form vibrating and off-kilter landscapes.

On June 5 at 5pm, Stevens will present an artist’s talk called “Out of Line,” a subjective survey of what line is and has been in visual art and other domains, including sports, war, language and spiritual practice. The event is open to the public and is free of charge.

Donkey Trail , a yearlong blog of thoughts, images and interviews leading to this show, can be viewed at the desk or online at: trailofadonkey.blogspot.com.