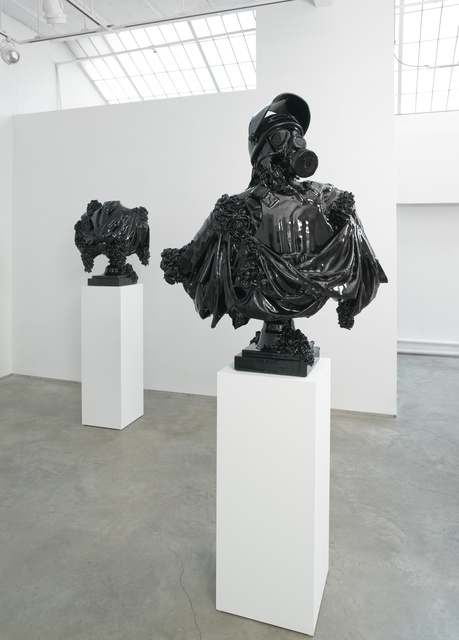 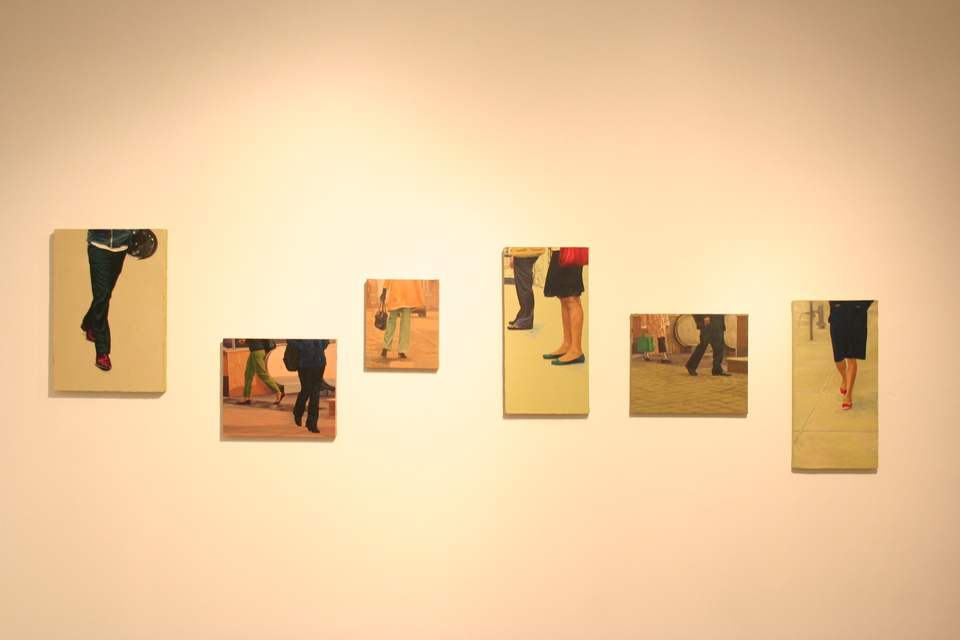 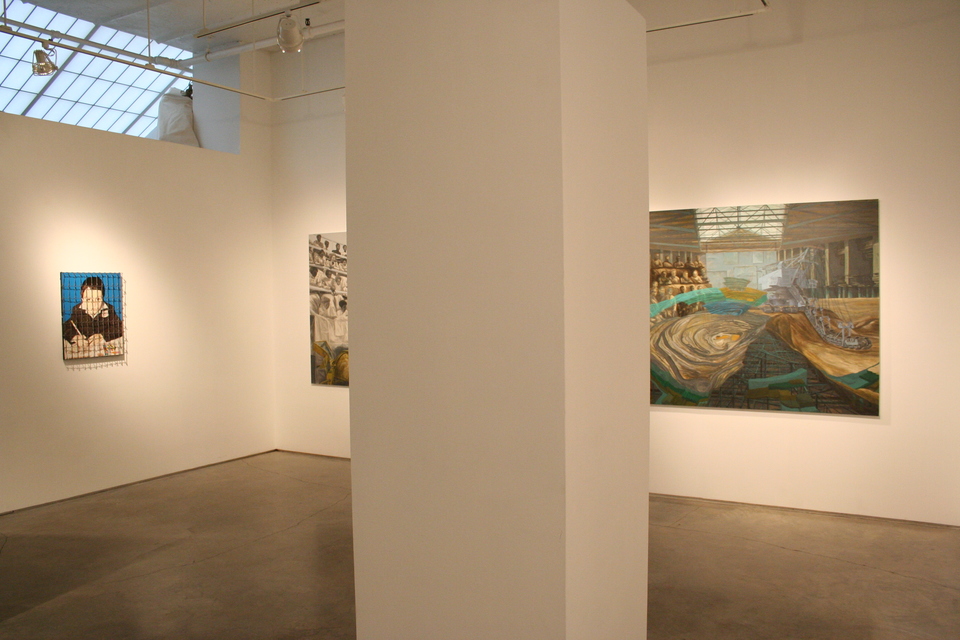 SLAG Gallery is pleased to announce the opening of In Between, a group exhibition featuring work by George Anghelescu, Ioana Joa, Kristian Kozul, and Stefan Ungureanu.

George Anghelescu combines classical techniques of painting, engraving and drawing with collages, stencils, and graffiti in an ironic way.  Through painting Anghelescu   creates a distorted copy of personal reality, a sort of mirror that reflects and traps his fears and desires.  “Using raw colors, free mixes of medias and a simple, primitive narrative form, I try to “annoy” the viewer, share and pass onto him my “existential dilemmas”, thus transforming my work into an universal mirror and my issues into the background fabric of humanity. This is my catharsis.”

In her paintings, Ioana Joa isolates bodies from the waist down and follows their steps of into the urban common-place with a poetic simplicity that rises above casual observation.  An intricate lattice of stories exudes from Joa’s proposal for portraying the contemporary man as a part of the whole.  “An image that allows one to see more than it shows, in my opinion, is a complete image”.

Kristian Kozul - the title of this series refers to the side effects – collateral consequences  – of fear inspired social and political agenda, which produced these recognizable avatars of diverse social strata, ranging from the mythical anonymous “background” businessman to prisoners devoid of any basic rights. The series captures the glamour of traditional sculptural glorification, appropriates its aesthetics and adds a twisted dark humor to it, creating the world of nameless anti-heroes captured in their moment of glory.

Stefan Ungureanu's body of work is generated by the concept of “construct of understanding” as a metaphorical view on how humanity witnesses, analyses and understands it’s accomplishments, through virtual reenactment or through a scaled build-up of a certain environment or mental realm, the main context for this being how man changes/shapes/reshapes matter or concept (as a virtual matter) to better suit humanity. The works are meant as a virtual space of involved witnessing of live/dynamic dioramas in which the present time of the audience precedes the time of the subject, the point of view works from past to present in contrast to how analyzing and classicizing a certain issue happens.