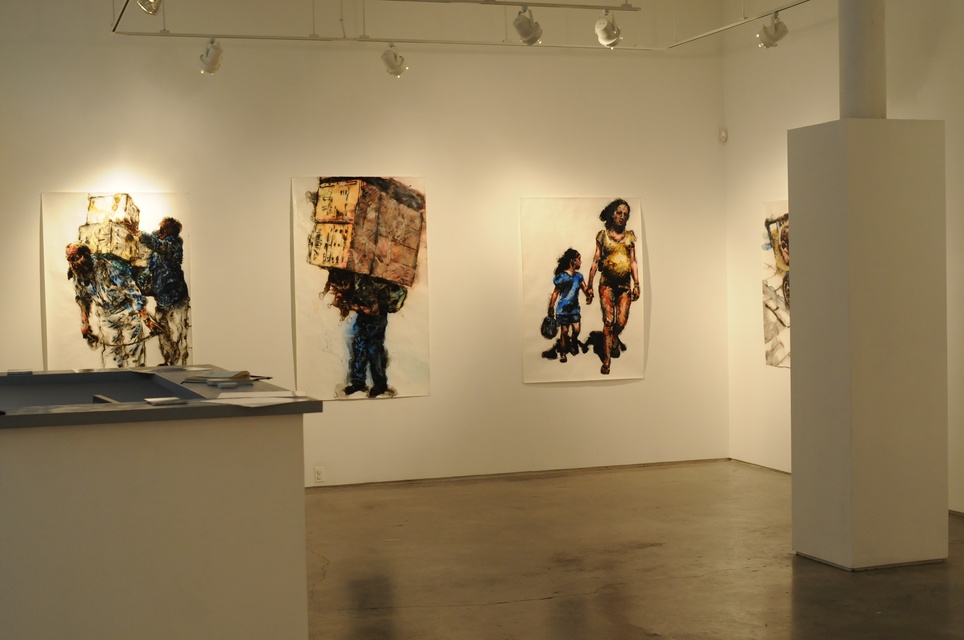 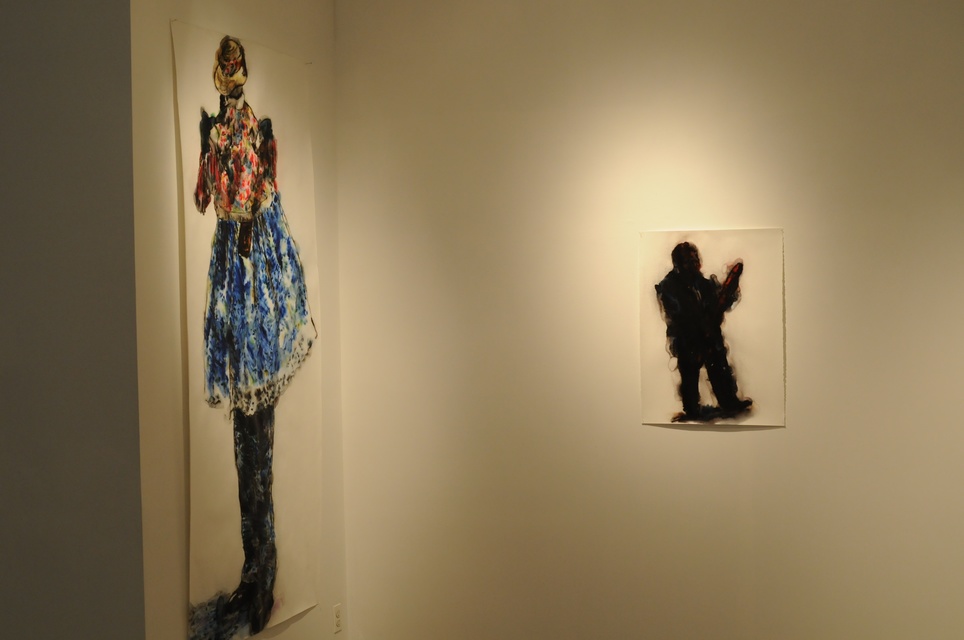 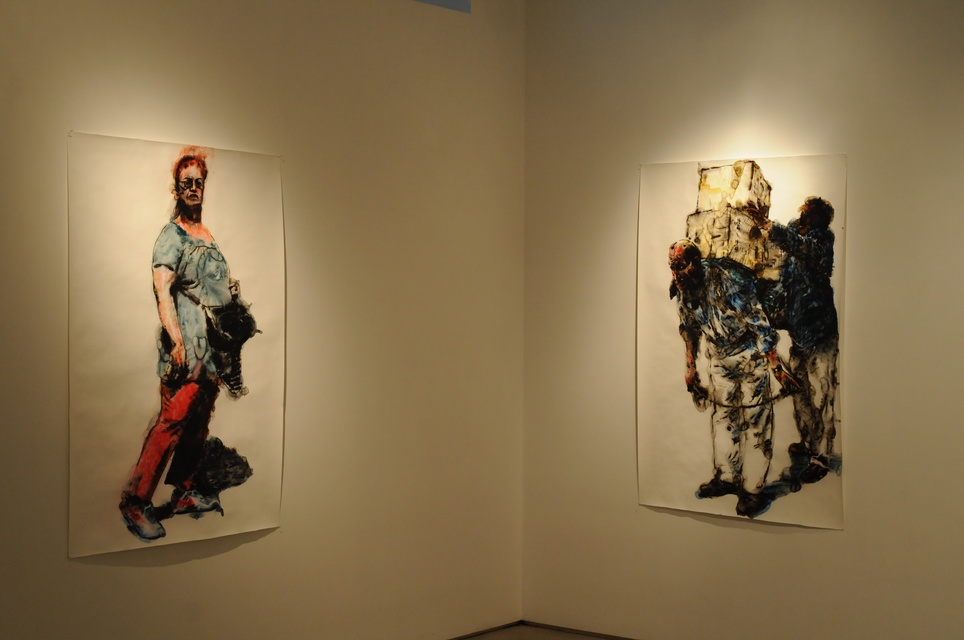 Slag Gallery is pleased to announce the opening of “Super C”, new works by Dumitru Gorzo.

With this new body of work, Gorzo continues to delve into the angst of human condition through the painterly examination of the fellow-creature.  Life size human bodies captured in the act of carrying something or somebody as sole resonating constant of the human existence, are inviting the viewer in the creation of the individual narrative.  In fact, Gorzo’s reveries are full of these bodies, and through their making, he plays his part in the abysmal search for the sense of life.