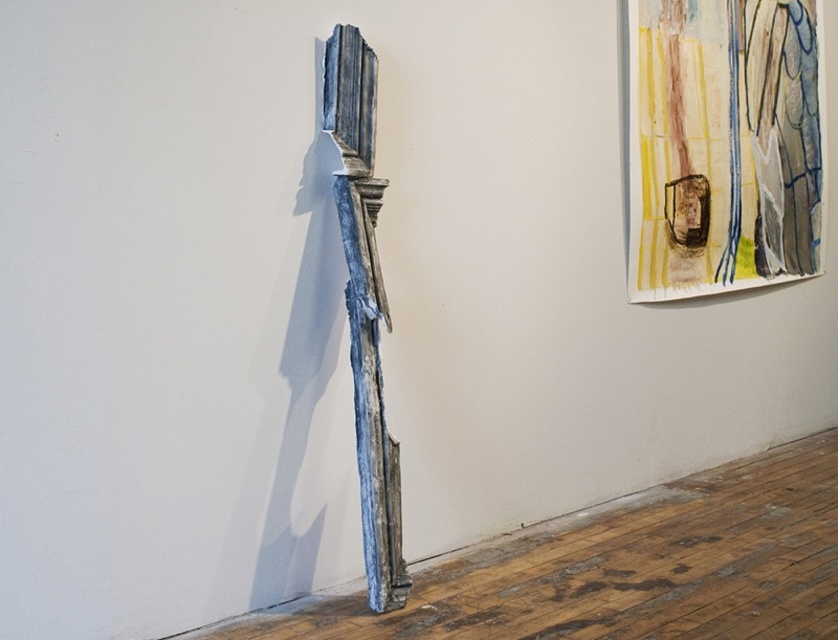 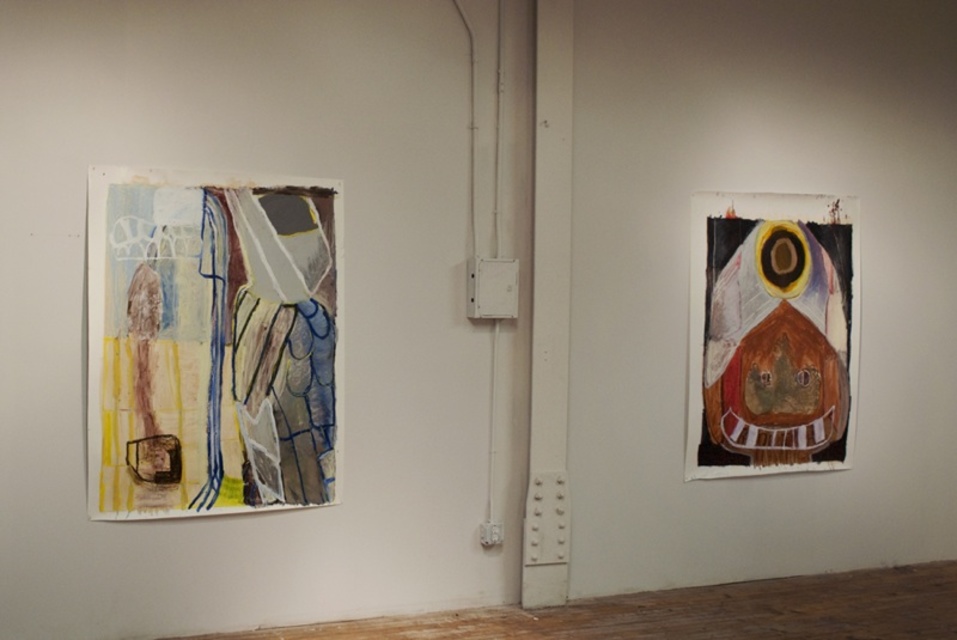 Undercover, at its most basic, means going under a cover. This can be a physical barrier or a metaphorical one, a persona you stand behind.
Going undercover implies danger. Sometimes it’s the danger from which you seek protection, the reason why you seek cover; other times it’s the danger that meets you on the other side. Both involve adventure, psychological confrontation, and, in our case, quite a bit of humor.

Once you start labeling sides - front and back, outside and in, the protected and exposed - you realize there is no difference. You’ve become your front. Your front is you.
This multi-approach exhibition is at times revealing, at times stealthy, at times both. Either way, the work goes behind, beneath and beyond in order to keep its truth covert or to blow it open.

Rebecca Goyette’s Bundling Bags call on participants to literally get under cover and hold hands. Based on the Puritan sacks used in coupling rituals, her contemporary version confronts the vulnerability of being present with one other person while in public. Throughout the duration of the exhibition, Goyette will inhabit the bundling bags, inviting viewers to participate in a bundling date with her.

Trish Tillman’s sculptural installations are double-dealing. Overhead, the looming Pajama Party with Murder Holes is a guillotine made from sleepover clothes, the taunting threat of metal and acid nothing more than wood and fruit juice. Night Talisman stands nearby, the lure of the exotic rendered with everyday tin foil and grammy’s crotchet.

Carin Riley’s diagrammatic mural Revolution represents underlying forces mapped according to ancient laws of fate and positioning. In responding to the exhibition space it becomes a personal drawing of lithe linework that sticks with you like an enigmatic lesson.

Joy Curtis creates not-quite relics that are familiar at first, but then catch you by surprise. Reminiscent of Romantic ruins or the detritus of science fiction, they are made of cast paper and hydrocal. Using the floor as a mold, each section is shaped quickly and with little predictability. As such, they are the history of themselves.