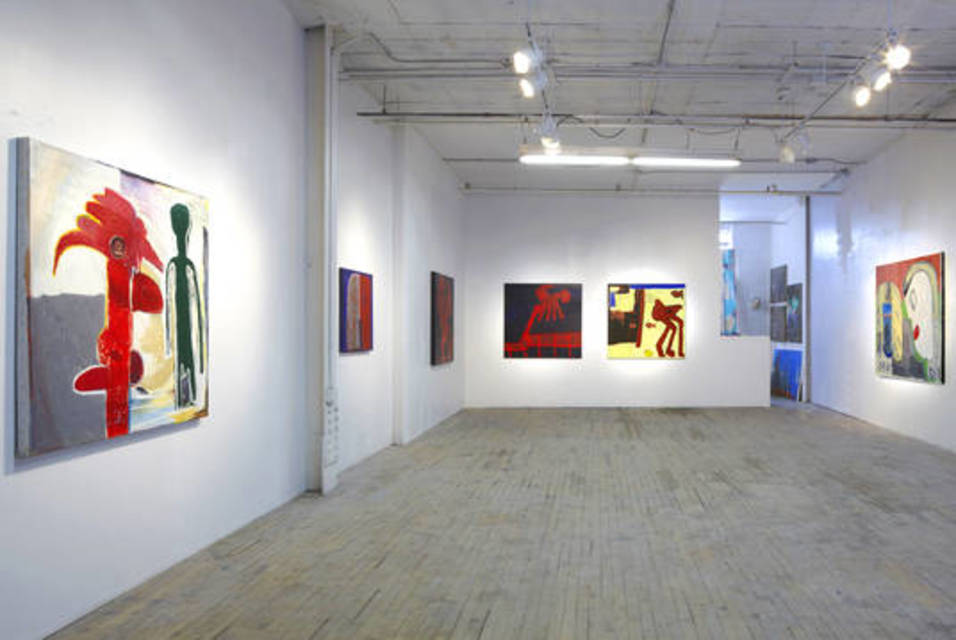 Slag Contemporary is proud to announce the opening of Lonesome George, featuring new paintings and drawings by Molly Stevens.

The works present isolation and its relief, the struggle for survival, the search for meaning and inevitable finality. It is all Lonesome George, the last remaining turtle of his subspecies living on earth. He was believed to be more than 100 years old when his caretaker of 40 years found him dead in 2012.

Lonesome George is seen here alongside an emblematic family, and he informs the nature of their relationships. In History, which is rendered directly, in the manner of early portraiture and Egyptian art, a child is on exhibit, watched over by a tender but also scrutinizing mother. A similar intensity is behind the staring face of Father Time, his wrinkles the ticking clock.

The inexorable solitude of the turtle is also found along the path of art-making and in the quest for liberation. And so Icarus is here holding the sun, having set out to reach the impossible in defiance of his family’s warnings. He falls into the sea, but happily. In Close to you, a red Bohemia bestows its secrets to a front-facing visitor painted solid green enamel.

Stevens’ execution is filled with moxie and humor. The surfaces of her canvas bear the texture of many layers and the marks of energetic stabs, meaty line work and bold decision-making. Her images are elemental and solid, functioning on the level of symbol and myth.

Lonesome George is Molly Stevens’ first one-person exhibition in New York. Her work has been shown in the United States, Europe and Mexico. Born in 1972 in Manhattan, she currently lives and works there too.