Gathered in the Square, Lost in the Hills 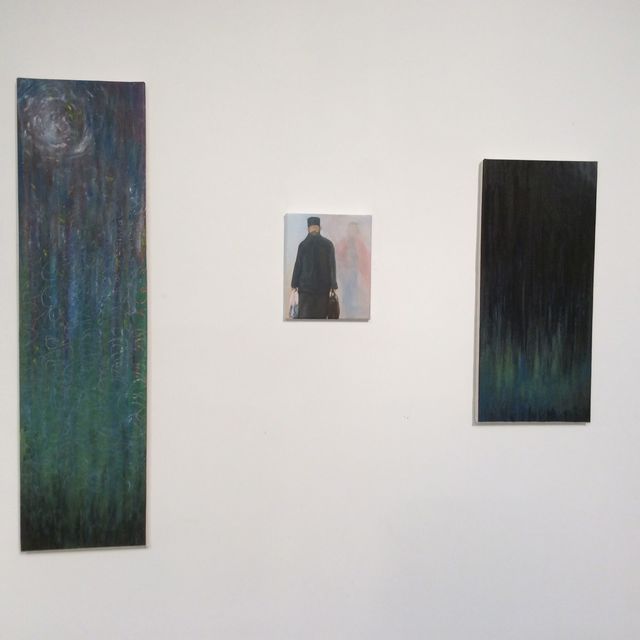 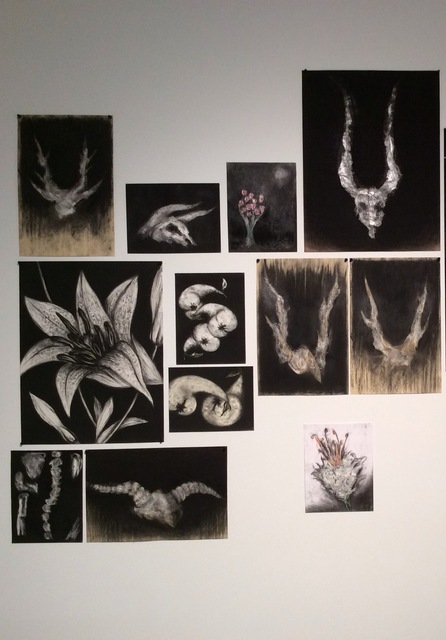 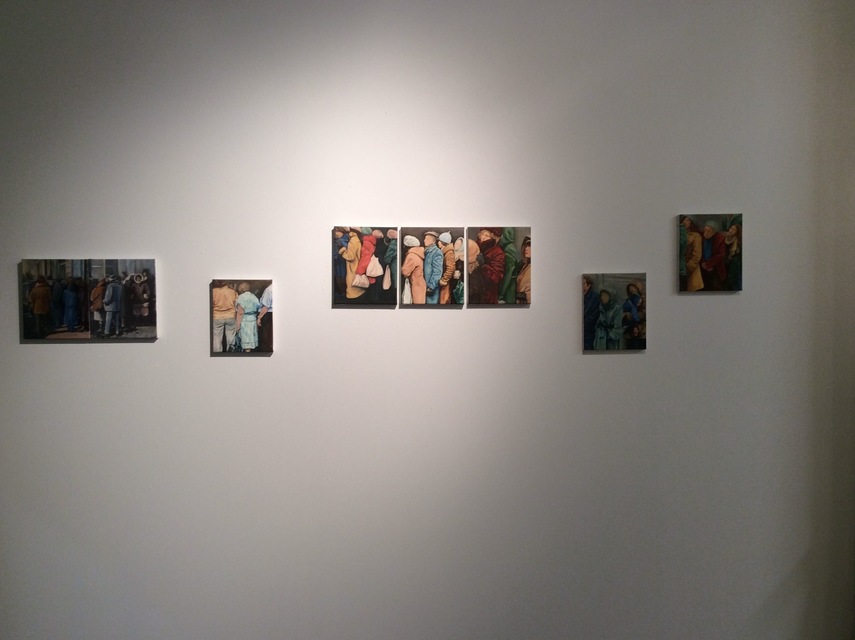 Slag Gallery is pleased to present Gathered in the Square, Lost in the Hills, a two artist show presenting recent works by Ioana Joa and Paul D’Agostino.

Small in scale yet huge in humanity, Ioana Joa's softly rendered oil paintings of at once individualized and anonymous townspeople conversing, convening and crossing paths in public, mostly outdoor settings—streets, plazas, courtyards, alleyways—are subtly naturalistic, pictorially neorealist and fundamentally, albeit quietly, politicized. Nearly audible, nonetheless, are the greetings, chatter and gossip in the air in these densely peopled squares—where someone becomes an everyone, where somewhere becomes an anywhere, where a heavily clad elderly woman in a remote village in Eastern Europe becomes a woman you know or have known, one you have seen and whose voice you've perhaps heard. She might be waiting in line for a loaf of bread you've tasted, holding a bag whose weight you can feel. That fleshy crease at her elbow evokes a familiar arm. You have embraced sturdy shoulders just like hers.

Paul D'Agostino's paintings and drawings in a range of media are generally bound by narrative structures or linguistic matters. Stories, protagonists and settings thus factor frequently in his works, and the visualized forms of the latter are most often rendered as variably abstracted landscapes—sylvan or marine, rural or urban, mysterious or mundane. These are generative realms for fables and myths, spheres in which heroes greater or lesser live and die, lands through which wanderers might both lose and find themselves en route to clearings in woods and unreachable skies. Meanwhile, hills themselves gain intrigue via valleys, and vice-versa, like trees voiced by the winds that rustle them. Humble flora might be disrobed with suggestive voluptuousness in such scenes. Perdition is but a path, after all, to discovery.

Paul D’Agostino is an artist, writer, translator and professor living and working in Brooklyn, New York, where he also operates an apartment gallery, Centotto, in the living room of his Bushwick loft. His mixed media, mixed aesthetic, variably language-based artworks have been featured in numerous group exhibitions in the US and abroad, mostly in New York. His 2012 solo exhibition at Norte Maar Gallery, Appearance Adrift in the Garden , was accompanied by Bodies, Voids and a Tale of Seas , a limited edition chapbook of the artist's original writings in five different languages. His second solo exhibition, Twilit Ensembles , was at Pocket Utopia Gallery, on Manhattan's Lower East Side, in the spring of 2013. Twilit Ensembles, accompanied by a book of narrative drawings called Floor Translations, was reviewed or featured in a number of different publications, including The New York Times , The New Criterion , Two Coats of Paint , Hyperallergic Weekend , and James Kalm's video series Rough Cut .