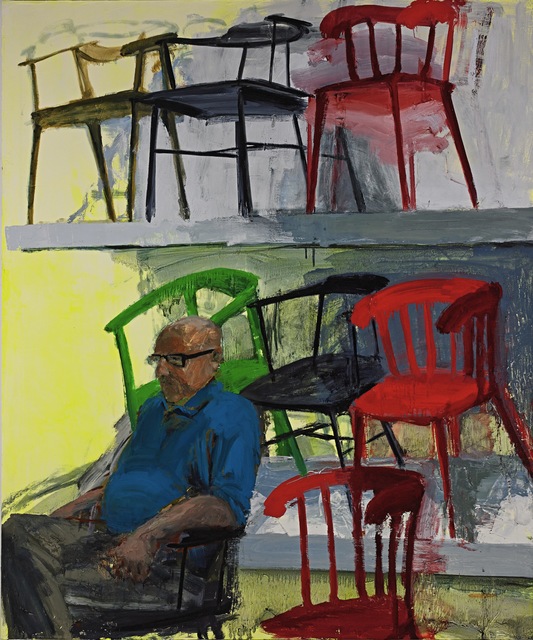 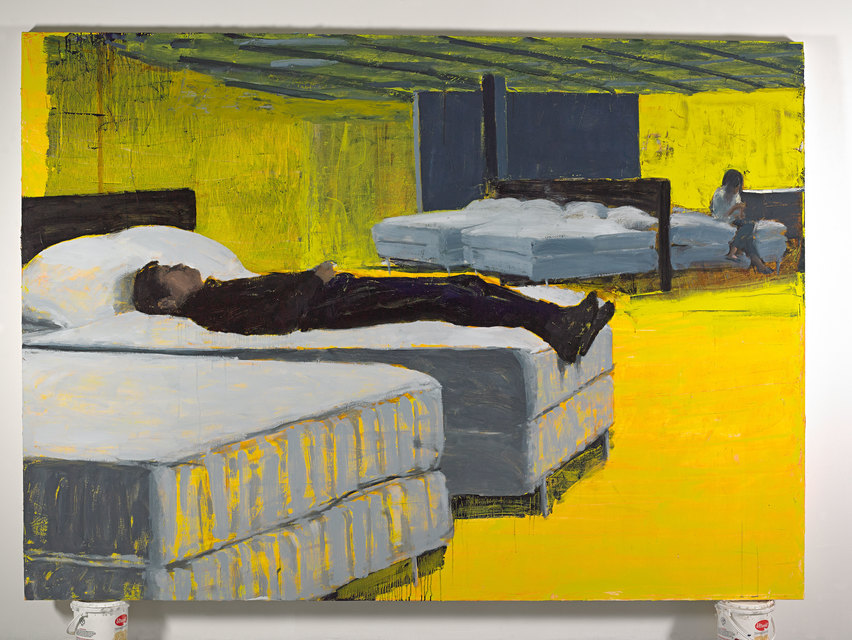 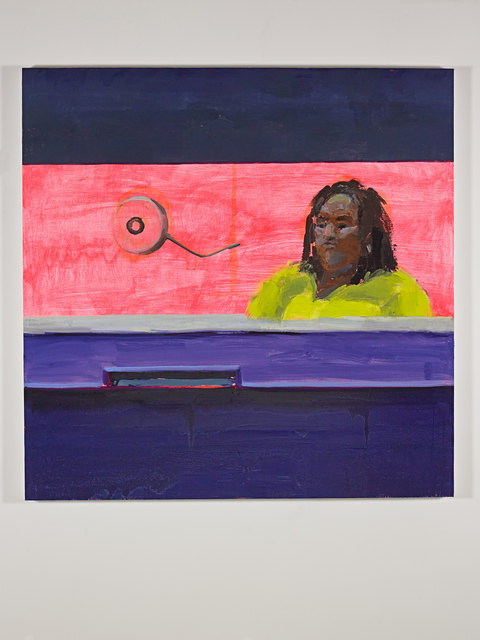 Slag Gallery is pleased to present THE LINE STARTS HERE, a solo show featuring the most recent body of work by TIrtzah Bassel.

Waiting in line, an act we practice daily at the supermarket, doctor’s office or subway station, is the theme that underscores Tirtzah Bassel’s solo exhibition. Alternating between frustration and resignation, composure and escapism, Bassel’s figures embody the challenge of negotiating these spaces of waiting and perhaps the desire to make meaning of a momentary relinquishing of control. Bassel enacts the art of painting as a confluence of deeply observed surroundings and the material exploration of the paint itself. Her work, so texturally rich, is given life dually by the expressive brushstrokes and the harmony of reds, blues and yellows. At times, the linear element becomes secondary and the glaring colors stand out against the background projecting both figures and objects into the foreground.

“ By depicting familiar situations I invite viewers to observe anew the nature of daily interactions in which they take part. I begin my process by drawing directly from observation. ‘Trader Joe’s’, a large-scale oil painting, began with some quick sketches as I stood in line at the overcrowded supermarket in Manhattan. I focused on the body language of waiting costumers, passive or impatient at the end of a long day. Back in the studio I used the bright red of the shopping carts and black coats typical of New Yorkers in winter as starting points for exploring color. I drip, smear, slash and stroke paint across canvas, juxtaposing the sensual qualities of oil paint with the mundaneness of waiting in line. The rows of shopping carts become both the formal building blocks for structuring the painting and a conceptual inquiry into the lines that shape the every day.”

Bassel studied drawing and painting at the Jerusalem Studio School in Israel and holds an MFA from Boston University.

Her work has been reviewed in Huffington Post, Hyperallergic, New York Daily Report, Speaker’s Lab, Ynet, The Forward and The One Way Ticket Show. Bassel is a member of the visual arts faculty at Brandeis Institute for Music and Art at Brandeis University and at the 92nd Street Y in New York. She is the recipient of a 2011-2012 LABA Artist Fellowship at the 14th Street Y in New York, was invited to the Sixpoint Asylum International Artist Retreat in 2013 and currently serves as a resident artist of the Chashama Visual Arts Program in Sunset Park, Brooklyn.