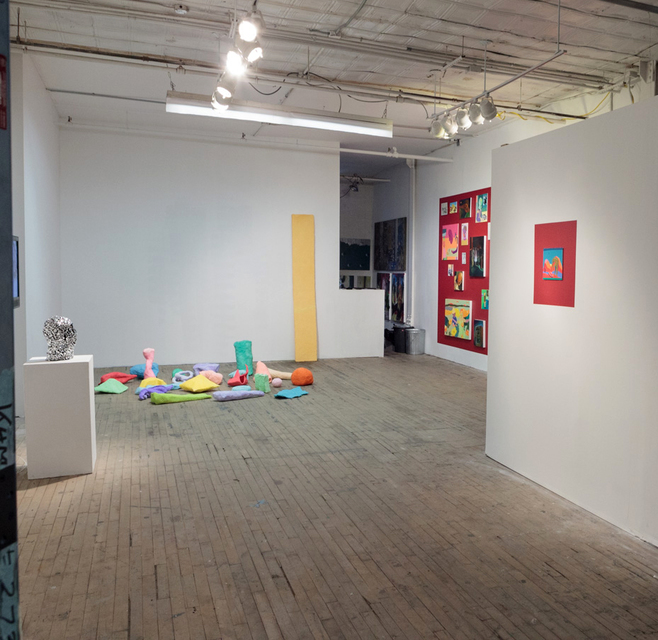 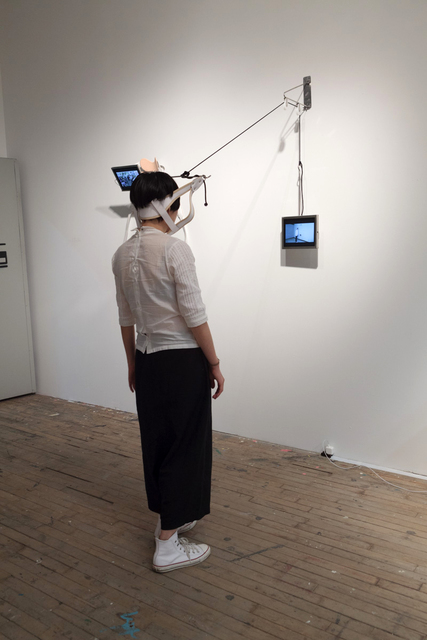 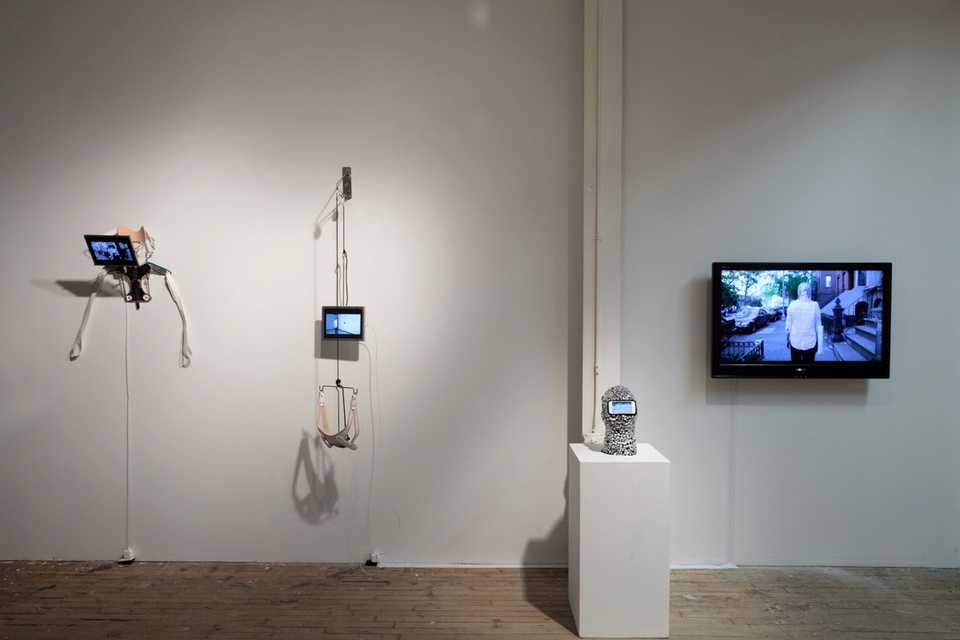 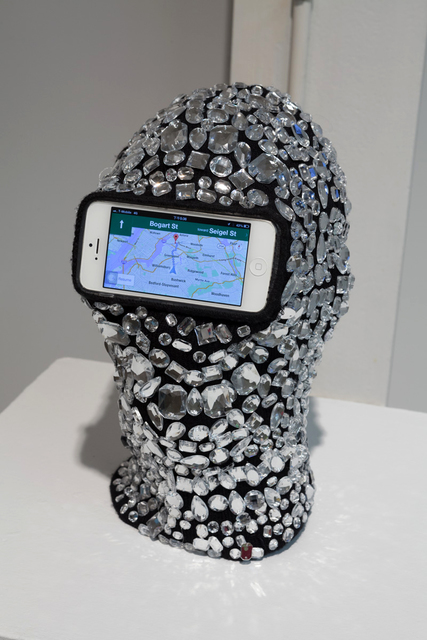 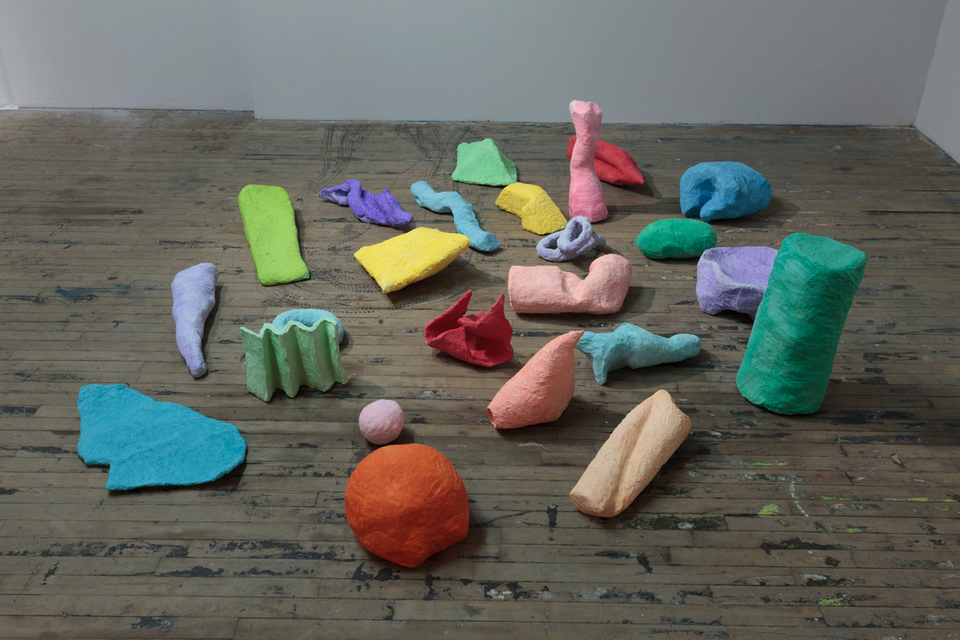 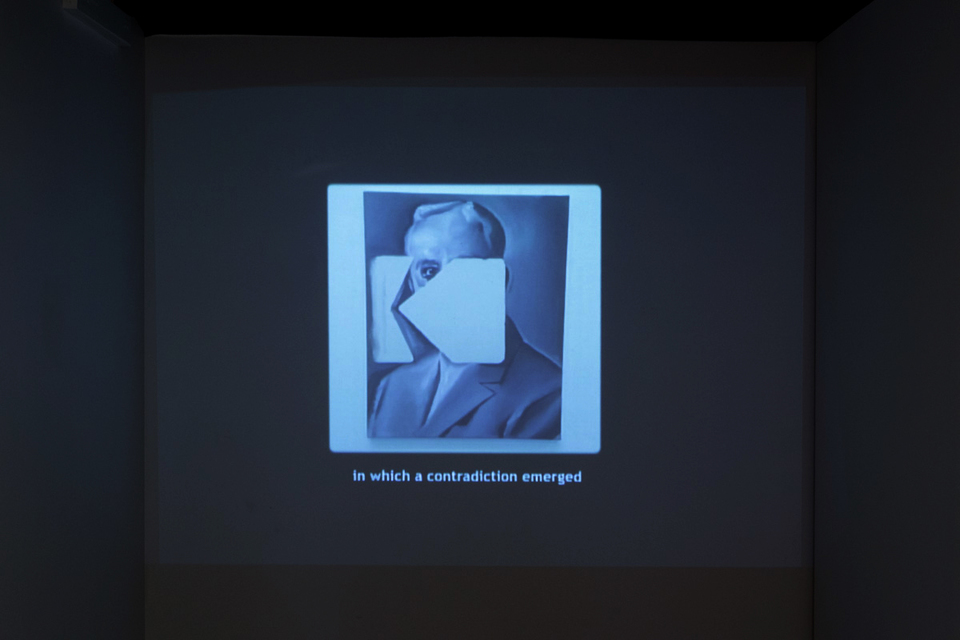 Curator and text by: Naomi Lev

Robert Musil writes “The apparatus was set up, and because it was there it had to function, and once it was functioning, it began to accelerate; once a car starts rolling in an open field, even if no one is at the wheel, it will always take a definite, even a very impressive and remarkable course of its own.” “Preliminary Study: RSI – T” is a group exhibition comprised of art works that explore the effects of technology on the evolution of the body, and consequentially, the mind. RSI, better known as “Repetitive Strain Injury,” is a clinical term for "injuries to the musculoskeletal and nervous systems that may be caused by repetitive tasks, forceful exertions, vibrations, mechanical compression, or sustained or awkward positions." In the last decade, technology has appeared in our lives in an extremity that has never been experienced before. The outcome of our excessive use of mobile devices, computers, and other tools of communication is not yet thoroughly detected or observed. Nevertheless, we are experiencing long hours of sitting in front of the computer screens, I-phones and I-Pads, and other operating devices (more recently Google glasses, Wii, and more). As in ancient days, when women and men were physically built to hunt and gather food, today our operating systems are being adapted to the increasingly growing technological demands.

In her work I Ting Hou raises questions regarding our daily technological repetitive habits and use of external references, reviews, and guidance to relieve social anxieties. In the series of works Hou investigates our physical correspondence with the surrounding and how our behavior and judgments are affected as we “immerse ourselves in the information systems provided by technology completely and methodically.”

Dov Talpaz’s ongoing project “Family Painting Album” consists of paintings, collages, and drawings that are created from personal memories and family photographs. Previously stored in traditional photo-albums, these photographs are gathered today in their masses on the computer, I-phone, or in social media accounts only to be abandoned and forgotten. What used to be a “memory keeper” and a sentimental ritual activity is now gone and substituted by endless, nameless photos. By giving a new interpretation to family photographs and to personal memories Talpaz creates a new “aura” by making a singular and meaningful reproduction of the past.

Budd Dees’ abstract figures are a metaphor of the dismantling of the body. The forms’ physical attributes become symbols of broken body parts. A deformed hand, leg, face, or neck are colorfully scattered on the floor while nearby a larger board leans on a wall as if resting. Its posture, failing to hold itself straight, becomes an empathetic wink towards human condition.

In her 28-minute video, TMWQ, 2013, Ann Oren reveals a contemporary take on Robert Musil’s unfinished novel “The Man Without Qualities.” The video captures an intuitive choice of still images from Instagram, each accompanied by a quote from one of the chapters in the epic book. Musil’s text, written over a period of thirteen years from 1930-1943, combined with fast-culture imagery shifts the context of the original text into a debate on society’s contemporary perspective.

The show will be accompanied by a catalogue and text during Bushwick Open Studios, and will later travel to Muskegon Museum of Art, MI, USA.

Budd Dees graduated from the MFA in Art & Technology department at the University of Florida in 2013. He is the recipient of the 2014 Joan Mitchell Foundation Award and his work has been presented in numerous group exhibitions in Berlin, Georgia, Florida, and California.

I Ting Hou graduated from the Fine Arts MFA program at the National Tainan University of Arts in Taiwan, in 2008. She has had numerous solo shows in Taipei, Taiwan and participated in group shows in Italy, China, Germany, and New York. Her works are in the While Ribbit Museum in Sydney Australi, National Taiwan Arts Museum and the Kuandu Museum of Fine Arts, Taiwan.

Dov Talpaz studied at the New York Studio School, where he received numerous scholarships and merit awards. He has presented his first solo show in New York in 2008, in Tel Aviv in 2011, and recently a two-person show during 2013 in Holland, Michigan. His works are featured regularly in group shows in Tel Aviv, New York, and in Michigan, and are a part of numerous private and public collections around the globe.

Naomi Lev is a curator and writer. She specializes in collaborative art events that connect artists, curators, scholars, and architects from around the globe. She has worked with artists such as Vito Acconci and Jonathan Messe and in institutions such as the Tel Aviv Museum of Art. Her writings appear regularly in major art publications such as ARTFORUM, Art in America, and BOMB site, among others. Lev Graduated from the MFA Art Criticism and Writing department at The School of Visual Arts, NYC.