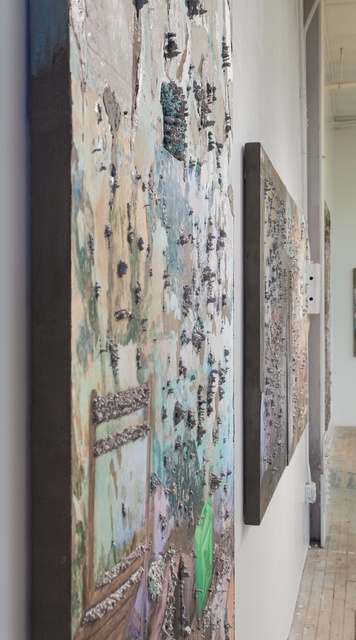 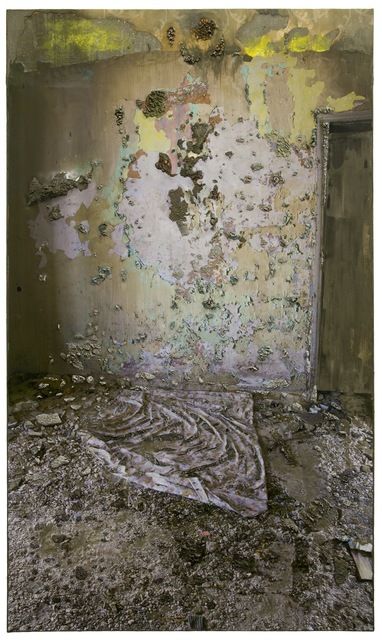 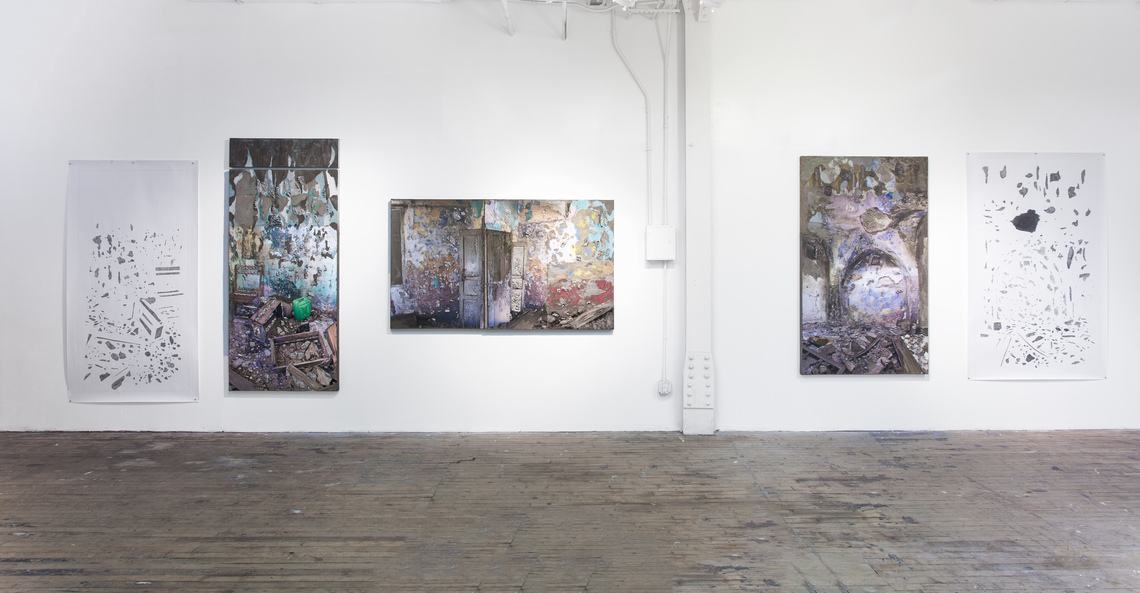 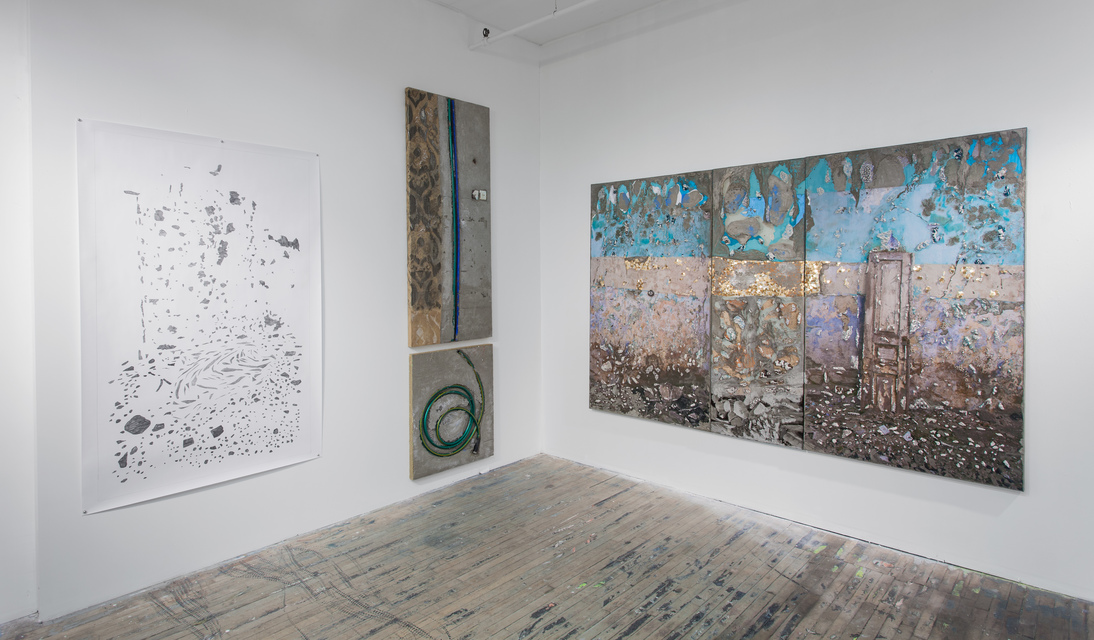 Slag Gallery is proud to present HARD TIMES: PAINTINGS, a solo exhibition featuring the latest paintings and drawings from Israeli artist Naomi Safran-Hon. To create these works, Safran-Hon returned to her hometown of Haifa to photograph places that have been abandoned for the past half-century following a mass Palestinian exodus—a migration whose causes and effects differ depending on the historical narrative to which one subscribes. But this work is far from an over-politicalized statement on Israeli–Palestinian relations or simple ruin porn. Rather, through her process, Safran-Hon’s pieces challenge the viewer to reconsider preconceptions about materials, the notion of home as a physical locus, and the role of destruction as a negative force.

Safran-Hon uses a unique process to transform her photographs into evocative paintings with strong impressionist undertones. Cutting holes in the pictures, she pushes concrete through lace and these empty spaces then paints on top of the work, imbuing each piece with a sculptural quality whose dimensionality causes the eye to stick in the nooks and crannies of the work, lingering over objects—some immediately recognizable, some requiring effort to piece back together. The objects that populate “Hard times paintings” are the quotidian signifiers of domestic life: simple doors and windows, soda bottles, a sheet stretched like a bed across the floor. Mixed with these, the ephemera of abandoned places pervade the works: chipped paint, empty boxes, old gas cans, and other rubbish. This duality of household items and refuse, the suggestion of livable spaces and the reality of abandoned buildings, is mirrored in the connection between the beauty of the works themselves and the destructive process used to create them.

In the end, these pieces reveal the fragility of human experience and the complicated nature of one’s home. Destruction—both intentional, at the hands of the artist, and incidental, as the result of time and desertion—recasts the viewer’s notion of the show’s titular subject, “hard times,” in terms of geopolitical conflict, irresolvable nostalgia, and the personal struggle to find one’s place in the world, both physical and psychological.