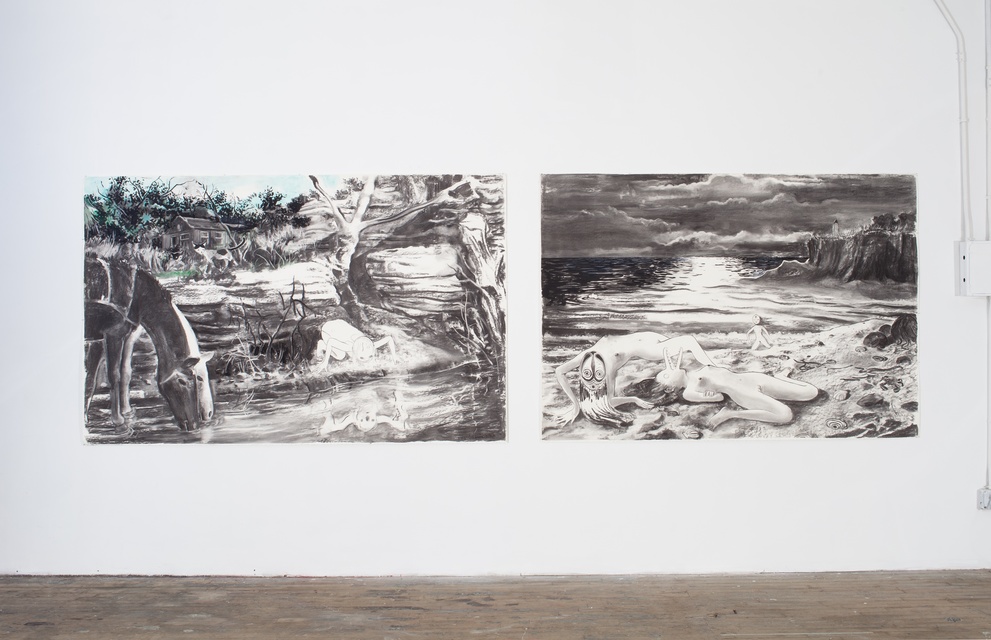 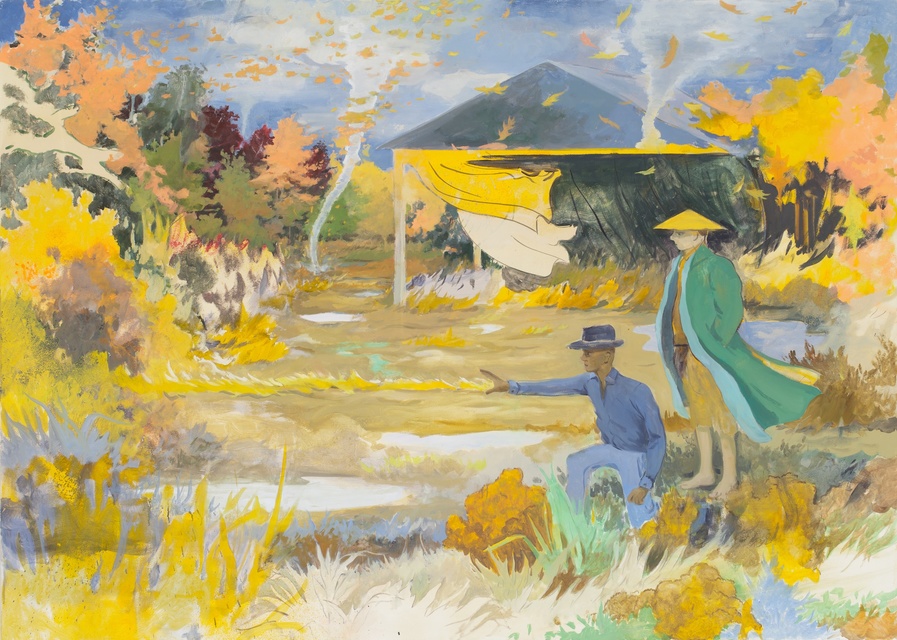 Slag Gallery is pleased to present Cut Down Timber, featuring the latest works of Leipzig-based and Arno Rink-taught Tilo Baumgärtel, who presents a combination of large canvases, as well as charcoal, pastel and ink drawings.

Baumgärtel's works are characterized by a frozen, poetic, even haunting sensibility. The artist succeeds to reconfigure the conventional idea of time and space, creating an ambiguous spatiotemporal relation and making possible the coexistence of various levels of meaning on a single pictorial plane. Elements that are intelligible as independent entities become ambivalent on the level of composition.

Baumgärtel developed a provocative and suggestive pictorial syntax inciting investigation of imagery and emotions, and cleverly creating a specific climate in which these works exist. A recurrent element in Baumgärtel works, the forest, is both enchantment and torment with an inauspicious aura permeating the ambiance that appears to be calm and reflective. There is a Beckettian sort of tension to Baumgärtel characters who seem intrinsically trapped between silence and words, stillness and movement, comedy and tragedy.

“I chose to name the show Cut Down Timber because in the beginning I have to clear a path through a dense forest of conjectures, the initial sketch of my thoughts on paper has to form a language which in turn prompts the next lines of a visual script…beyond that is pure feeling, my figures are actors in a single scene suspended somewhere in time, detached of mundane contexts in an attempt to keep things open.”

“The pictorial spaces that Baumgärtel creates are like memories and fantasies torn from their proper homes, offering visions of incipient decay or a looming downfall - we can't help but feel we are looking at the visualization of someone's worst-case scenario. This unsettling world is one of beguiling possibilities - of the dark, of threatening incidents, or of the menace of something unforeseen that enshrouds the figures in their post-catastrophic surroundings. Baumgärtel's paintings have considerable affinity with the great decades of the late nineteenth and early twentieth centuries – the spirit of Max Klinger; Arnold Böcklin and Edvard Munch with a leavening of Giorgio de Chirico. The contemporary relevance of his work is anchored in his respect for tradition and in a sense of rootedness within it. He has thrown the window of memory wide open and made the past contemporary.” - Christoph Tannert: Tilo Baumgärtel,Vitamin P2. New perspectives in painting, 2011, Phaidon, 48-49-.

Born in 1972 in Leipzig, Tilo Baumgärtel is one of a few representatives of what is increasingly known as the New Leipzig School of painting in the same generation as Neo Rauch. Baumgärtel completed Master Studies in painting at the Academy of Visual Arts Leipzig, Prof. Arno Rink and he has been honored with the Sachsen Kunstpreis award.