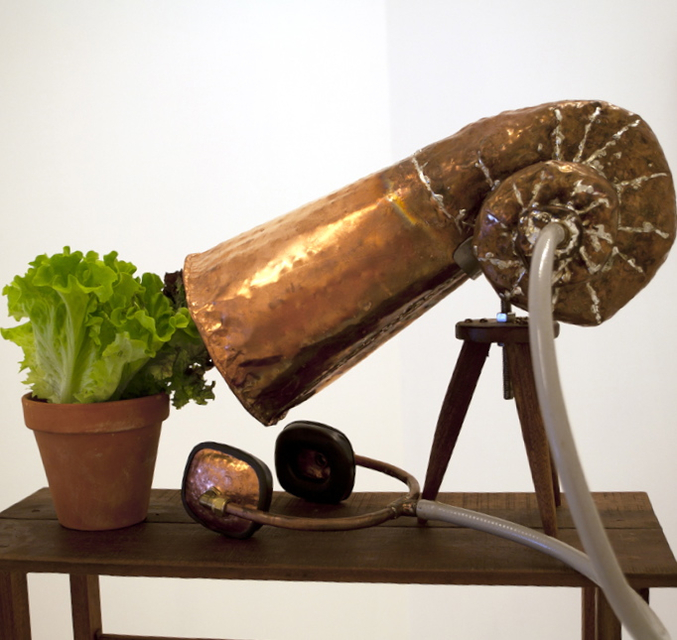 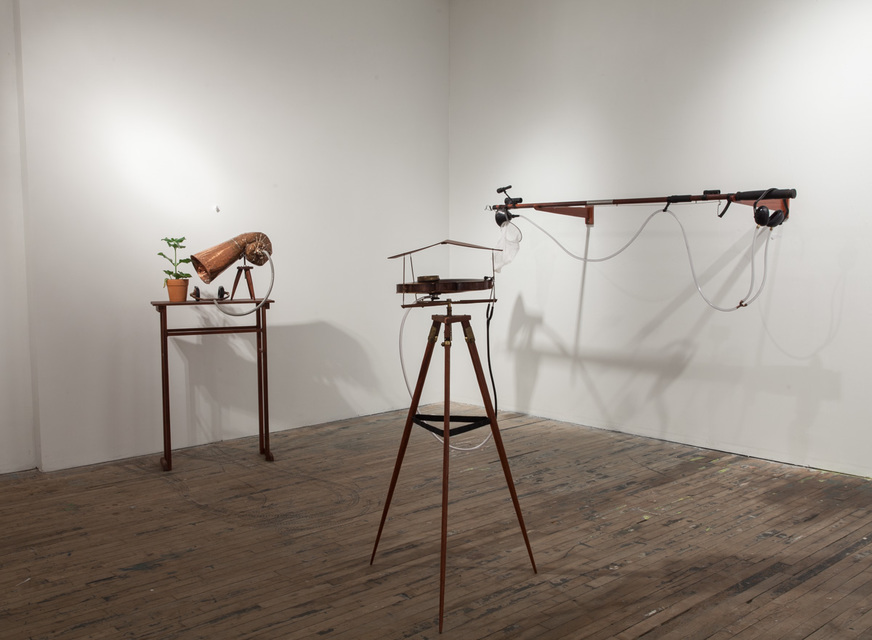 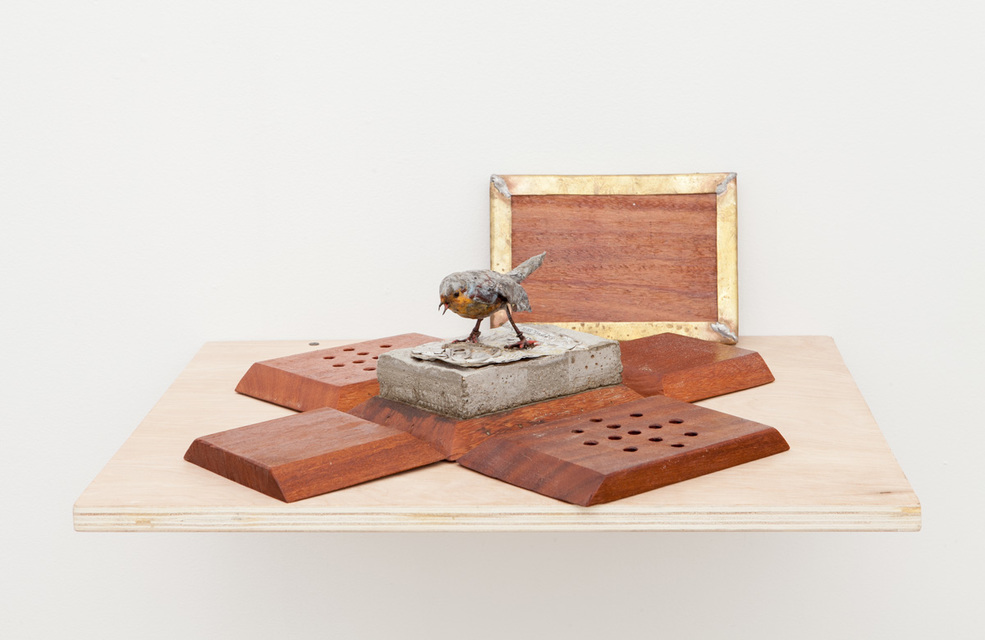 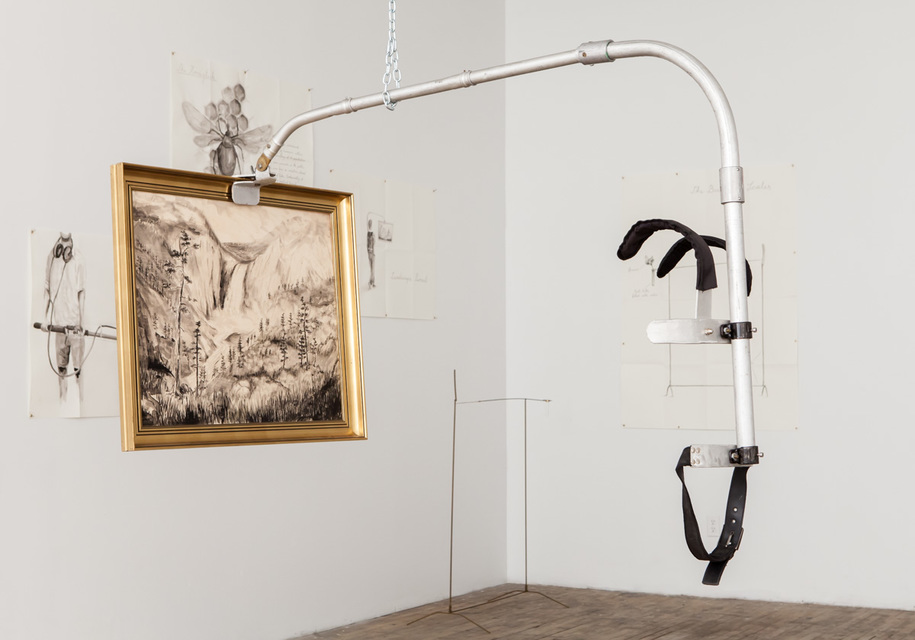 Slag Contemporary is pleased to present STARLINGS OVER YELLOWSTONE, an exhibition of sculptural assemblage by Hartmut Stockter. This will be the artist's first solo show in US.

In 1871, a rather overly enthusiastic group of wealthy New York residents released a variety of European songbirds in Central Park: chaffinches, skylarks, Japanese finches, and over one hundred European starlings. It is a matter of historical debate as to whether the birds released by the self-titled American Acclimatization Society were the result of an ill-advised attempt to populate the New World with every bird named in the works of Shakespeare, but it is ecological fact that the society’s wildest “success” was the starling. By the early 21st century, more than 200 million raucous European starlings had spread throughout the United States, Mexico and Canada, forcing out native bird species and distributing invasive plants. A 2007 article in the San Francisco Chronicle called the society "the canonic cautionary tale of biological pollution."

In Starlings over Yellowstone, at Slag Contemporary, Hartmut Stockter will present a number of his naturalist-inspired “day trip” contraptions and zoological sculptures. A German living in Denmark, Stockter is no less curious about the American landscape, and some of the work presented has been inspired in part by peculiar, forgotten tales such as that of the starlings, which proved fodder for his life-size bird sculptures made from discarded materials. This is not Stockter’s first appearance in New York, as he has previously made a name for himself in Brooklyn with his quixotic, pseudo-scientific sculpture works; most notably an installation on Governor’s Island in 2008 (In Site, Portable Rat-Converter) and a collaborative, floating installation on the Gowanus Canal (Gowanus Haven) in 2009.

Stockter often works in the context of a landscape, with nature as a thematic focus. Some of the sculptures exhibited are designed for use within a specific type of terrain, whether rural or urban, while others are easily portable in order to allow usage at different sites. Practicality and functionality take a backseat to a tongue-in-cheek look at how the contemporary West interacts with nature - Stockter’s fantastic objects poke fun at the treatment of the outdoors as yet another niche area for marketing absurdist commodities, as if nature were a thing to be improved upon, or a room to be looked into. All satire aside, the instruments succeed in projecting an ironic exaltation of the urban wayfarer, and are designed to turn a trip into the backyard, the next park, or brownfield site into an adventure.

Hartmut Stockter (1973) was born in Wilhelmshaven (DE), lives and works in Copenhagen (DK). He graduated from Hochschule für bildende Künste Braunschweig in 1998, and received his MFA in 2002.