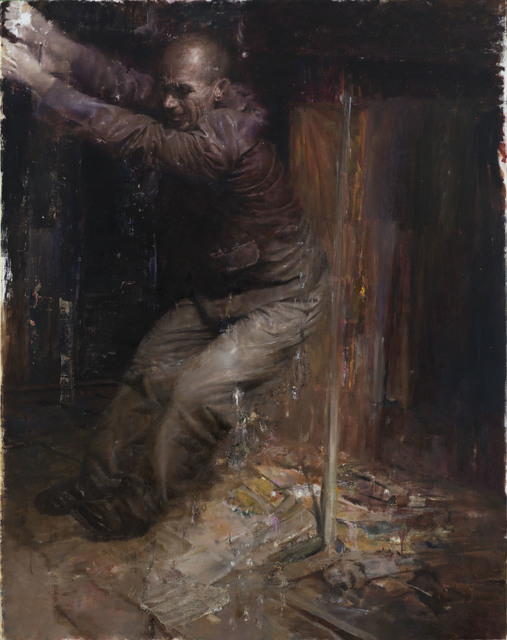 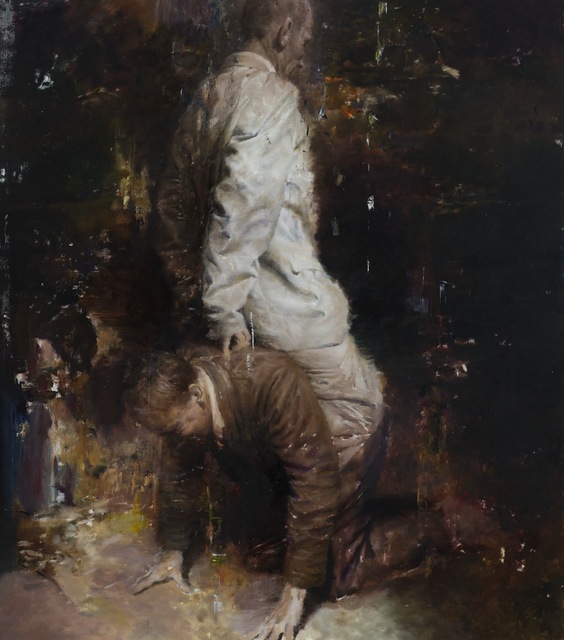 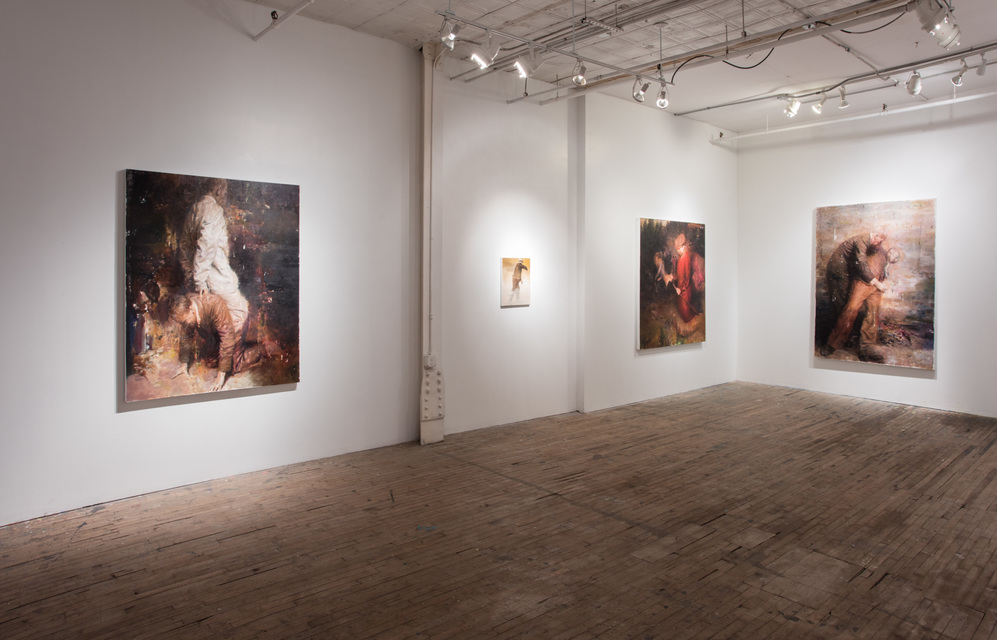 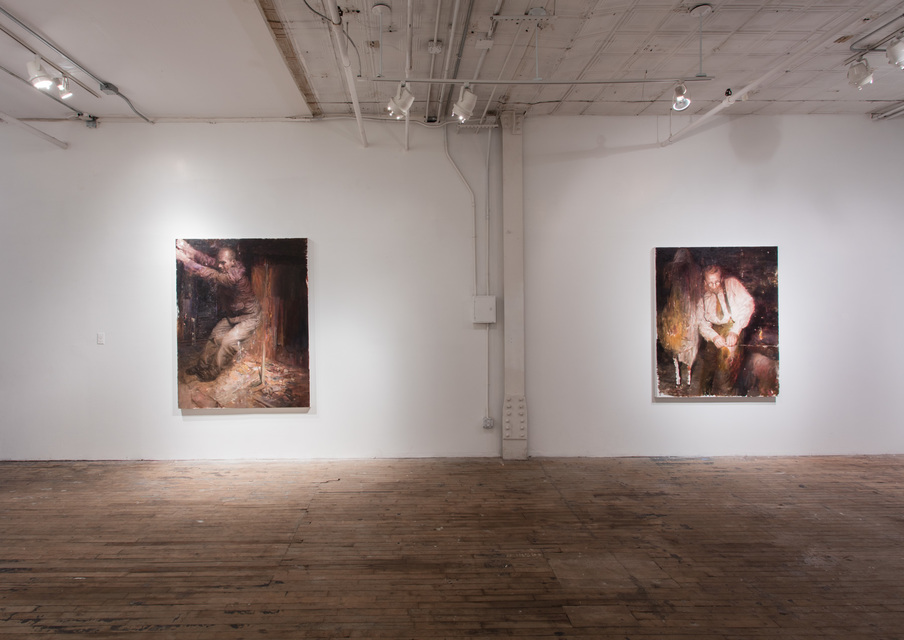 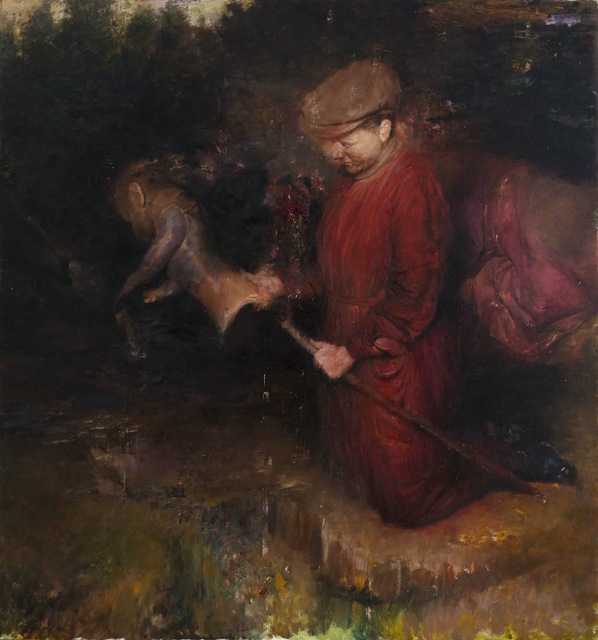 Slag Contemporary is pleased to present Absently Yours, an exhibition of paintings by Romanian artist Dan Voinea. This will be the artist's first solo show in US.

In Absently Yours, Romanian artist Dan Voinea has created a human menagerie of characters with unclear, diffused identities. They belong to a schizoid world of Voinea’s creation, trapped in spite of their attempts to escape death. For Voinea, these characters occupy and fill the pages of what he calls his “family album”, comprised entirely of strangers without biography, childhood, or even birth.

Voinea used live models when painting the works in Absently Yours and directed them to behave and move “against logic” to create unsettling and atonal compositions. The foreboding images nearly manifest the fragmented, inconsistent nature of dreams, and combine precise realistic detail with contemporary abstraction and absurdity.

An artist with a keen attention to detail, Voinea favors a dense, heavy style - coats bleed into the skins of the figures who wear them, while white shirts cover darker wounds of his hapless characters. In spite of his skill as a painter, the most fulfilling aspect of his work for him is the imaginative work that precedes the physical act of painting. As he says, “I get attached to the creative process for each work, but not to the works themselves, for as soon as they are completed I feel that they do not belong to me anymore. My favorite canvas is the one I have not painted yet.”

Dan Voinea has exhibited in a number of solo and group exhibitions in Europe and US. In 2014/2015, Voinea’s work was exhibited at Boulder MoCA as part of the group show Defaced curated by Mardee Goff. Solo exhibitions include A Momentary Rise of Reason, Beers, London, UK, East Wind ‘Les Cordeliers’ Romans Sur Isere , France; Finish the Poem, ‘S.A.N’ San de Senart, France; Heroes and Judges, Carturesti Gallery, Bucharest. Voinea currently lives and works in Bucharest, Romania, and is a graduate of the National University of Art Bucharest.