Memory, Perception, and Other Forms of Misdirection 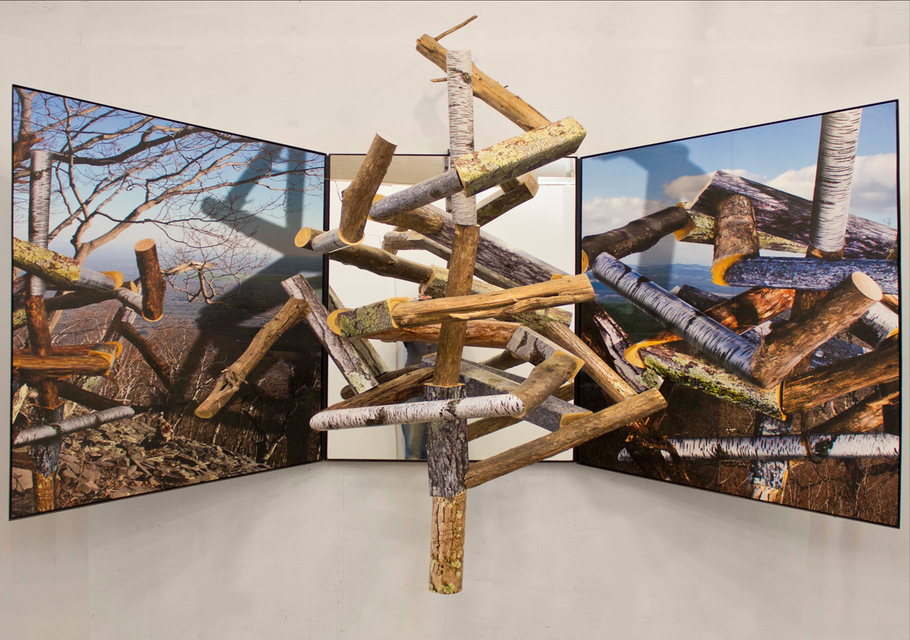 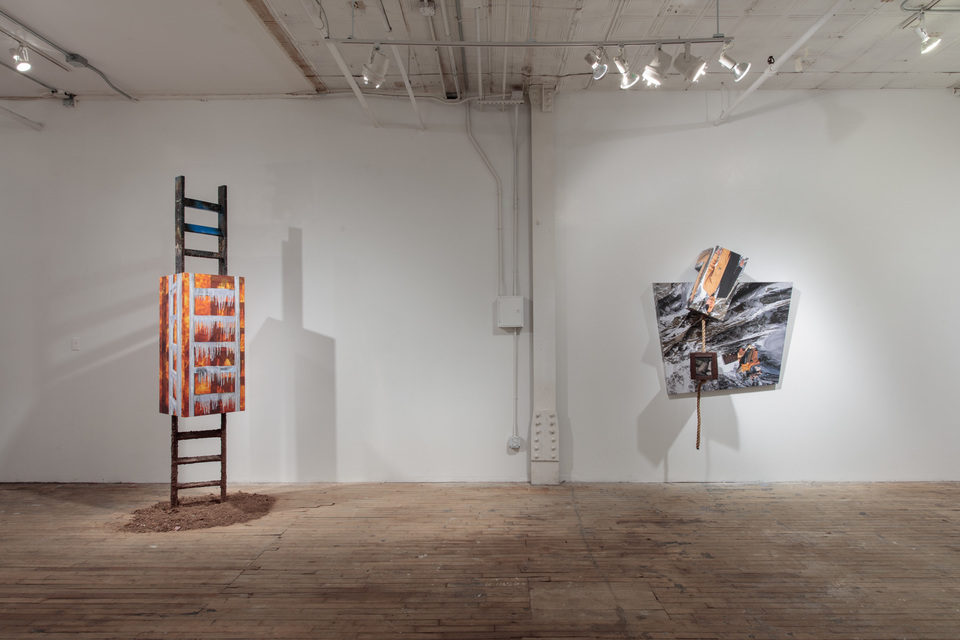 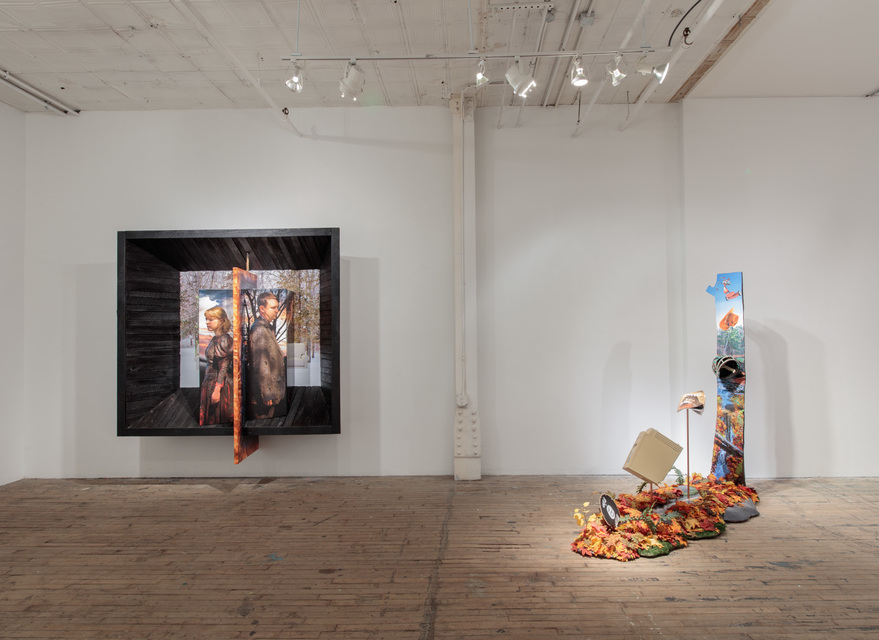 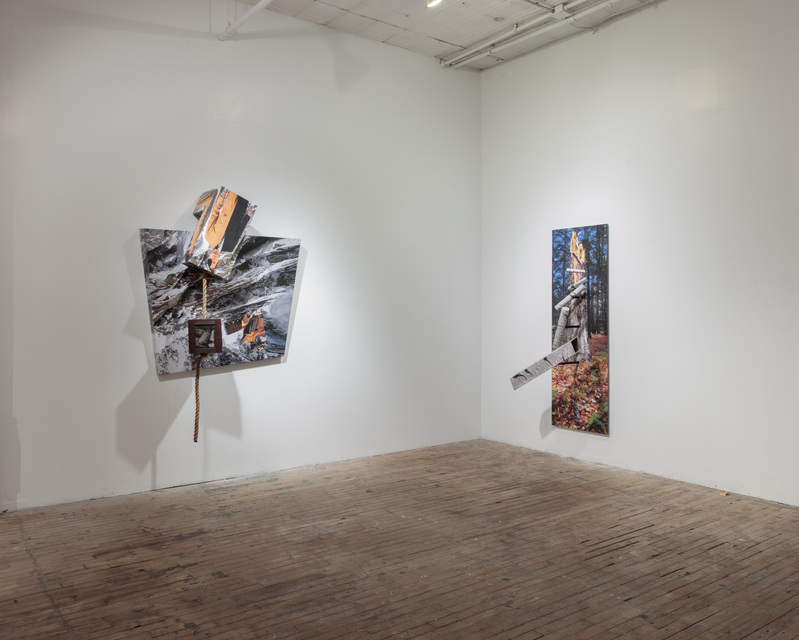 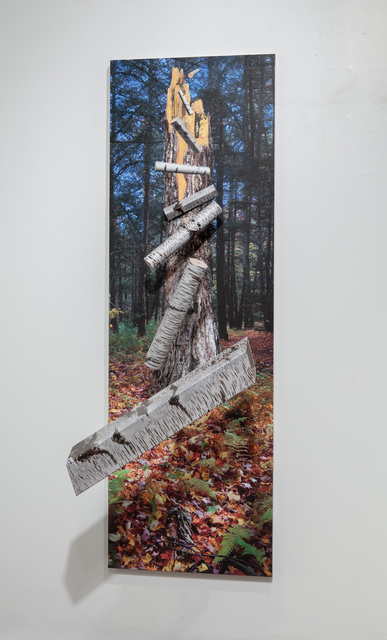 Slag Contemporary is pleased to present Memory, Perception, and Other Forms of Misdirection, an exhibition of work by New York-based artist Bennett Wine. In this work, Wine focuses on our varied relationships to perception and memory, while toying with the line between sculpture and photography.

Wine has used a variety of materials in his investigation and explication of these themes: photographs, charred wood, dirt, tree limbs, and rope - emphasizing their identities and the diversity of connotations we have about them. With a keen interest in temporality and consciousness, Wine is fascinated by the transmutable concepts of cognizance and connotation, and the grey areas and boundaries possible in both. In Memory, Perception, and Other Forms of Misdirection, the artist plays with shifting perspectives and tiered layers of meaning, instilling the viewer with a physical sense of the phenomena of experiences. Wine has fabricated artificial forms of the same substances in order to layer their depicted reality with actual reality, insofar as the latter exists.

He writes, “In the past year there have been numerous incidents which have spoken loudly to issues of perception, memory, and the manipulation of both: The failure of grand juries to indict police officers for the deaths of black Americans in the face of videoed evidence; The denial of climate change by all of the Republican candidates for president; The accusations of bias in the media by leading politicians in the face of proof by the media of the false statements by those politicians.

Research has shown that memory is far more elastic, fungible, and unreliable than we would like to think. When you couple this concept with the fallibility of perception, or worse, the conscious manipulation of perception, you enter into an area that I find both intriguing and frightening.”

Working with the eyes of architect and the hands of a woodworker, the physical negotiation with materials is central to Wine’s artistic practice. Different jumbles of logs hover in the air in a manner both relaxed and precise in execution, photographs jut out from one another in a refraction of perspectives and content. Simultaneously delicate and unwieldy, Wine’s unusual pieces feature lively colors and bold gestures, revealing stories within stories to present the viewer with contrasting outcomes and truths.

Bennett Wine’s childhood was divided between Worcester MA, where he was born, and the suburbs of New York City. He went to Antioch College, studied in Italy, London and was given a guest fellowship to the Danish Royal Academy of Art in Copenhagen. He received an MFA from Columbia University. Following graduate school, he moved his studio to Harlem where it slowly became an architectural woodworking shop. He had his own company for 12 years based on egalitarian values and poorly conceived business principles. Following this, he closed his business and worked as a project manager in some of the city’s foremost woodworking shops. In 2008, after living in NYC for his entire adult life, he moved to the Catskill Mountains and concentrated full-time on artwork. In 2012 he was a Skowhegan Fellow. His public work has been shown throughout the east and the Midwest.