In and Around Water 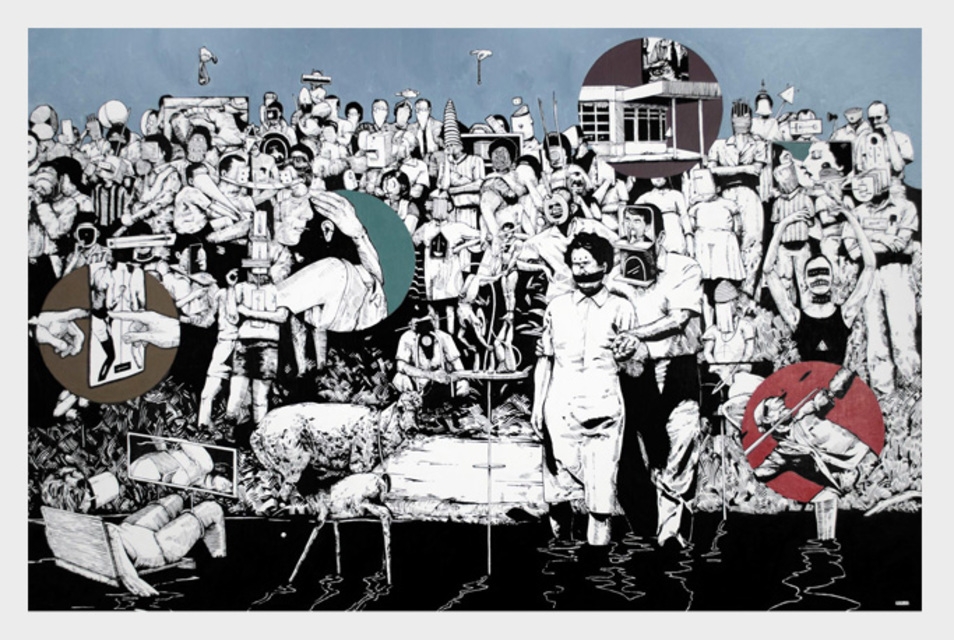 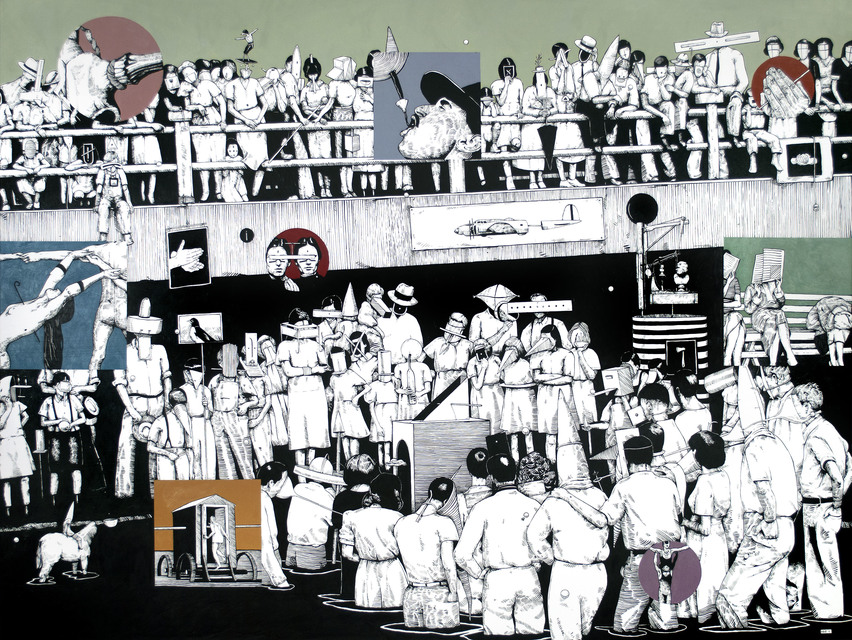 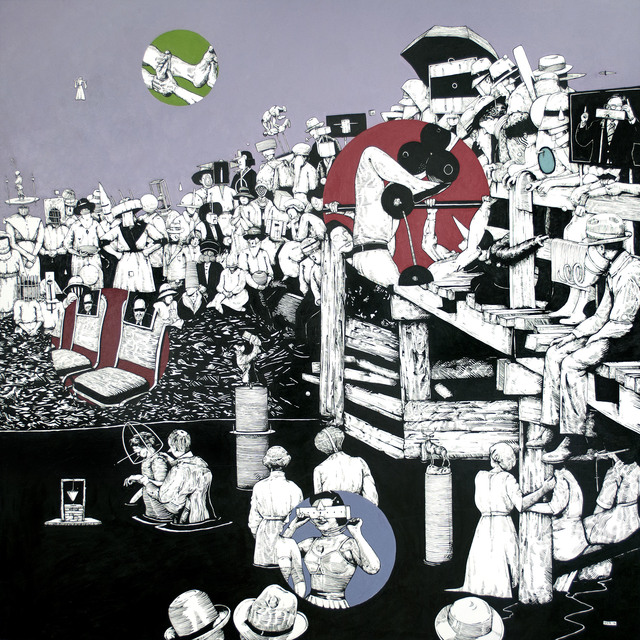 Slag Contemporary is pleased to present the show IN AND AROUND WATER, which exhibits the latest works by New York-based artist William Buchina. Once more, Buchina’s crusade to unpack his own creative process results in a successful body of work, in which the primary sources are rephrased and reutilized by the artist. The process of making these pieces is central to the storyline of the works. The artist elaborates: “In making them I imagine a lost ritual, emulated over time again and again so that its purpose and logic is lost, and new, random and unrelated elements take over.”

As Buchina has mentioned in the past his practice follows a long tradition of process based artists like Ray Johnson and Henry Darger, as well as those of the surrealists. The process of finding pre-existing images and the reworking of these treasures is a fundamental part of Buchina’s manner of working that allows for the construction of the chimeras that can be found in his work. In pieces like “Before the First Meal of the Day” and “During the Warmest Hours” the dystopian qualities of these visual tales come forward thanks to the expansion of the found material, the formulation of new narratives and the artist’s ritualistic behavior. Buchina explains: “these found and decontextualized images are woven into a narrative scene that is at once bizarre…scenes that are both commonplace and somehow still imbued with mystery.”

Moreover, IN AND AROUND WATER encompasses a series of mosaic ideas that converge in intricate and densely packed canvas panels. The dramatic scenes in these works demand extreme attention from the viewer in order to access their plot; as it is the small vignettes and the fields of color that act as an interlude. For Buchina this body of work is his “vision of commemorative images, created to capture a moment of a once-familiar ceremony, now reenacted as something absurd.” This can be particularly experienced in his piece “While All the Others are Working”, showcased for the first time in this exhibition.

William Buchina holds a BFA from the Pratt Institute, New York. He is the Co-founder of THAT Magazine, in partnership with Colors Magazine. He has exhibited his work at venues such as Garis & Hahn, New York; National Arts Club, New York; Sinejan Kilic, Istanbul; the Burçak Bingöl and the Goethe Institute, Ankara, among others.