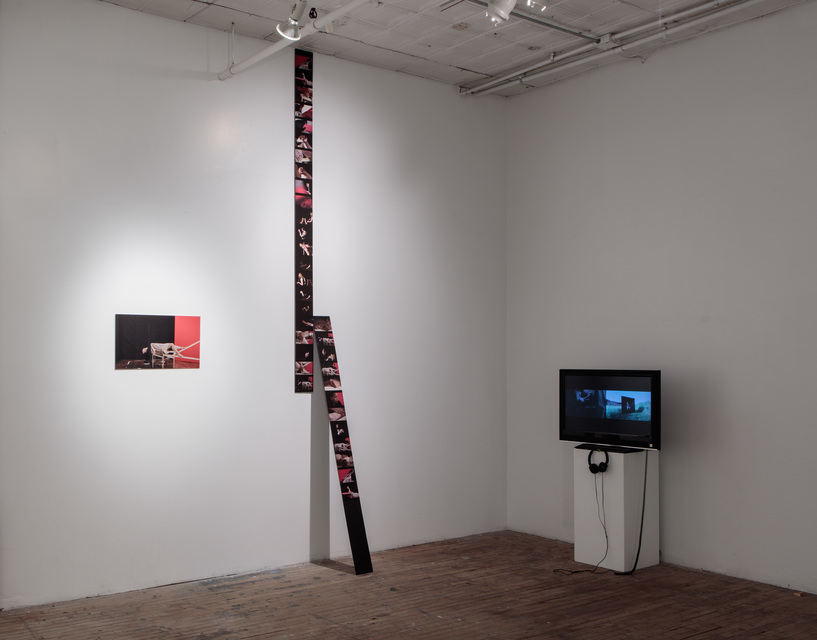 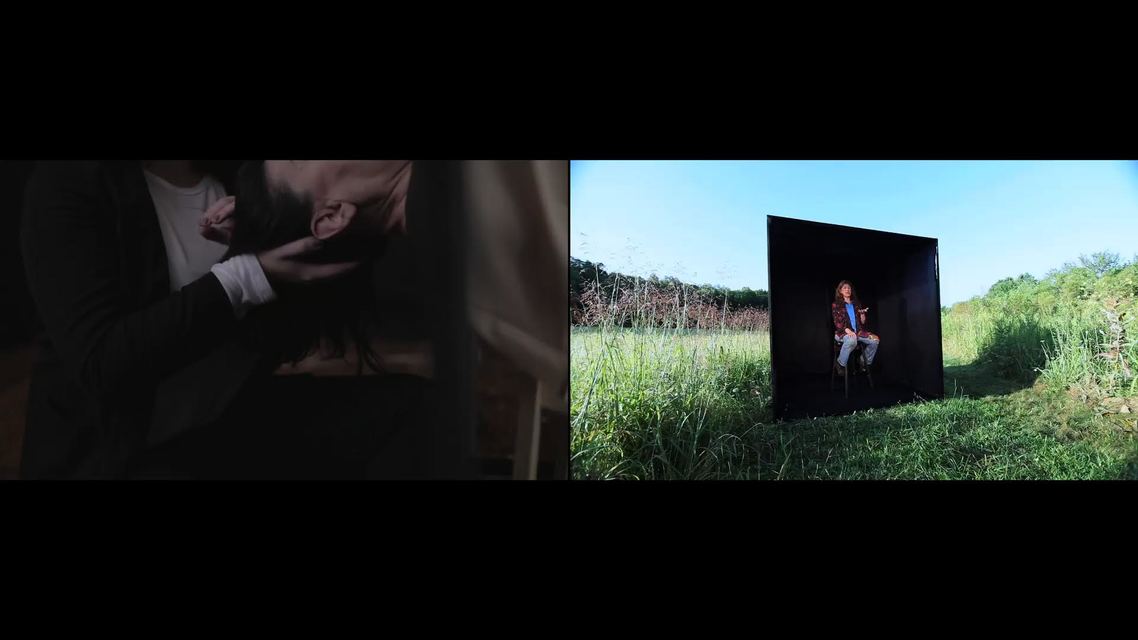 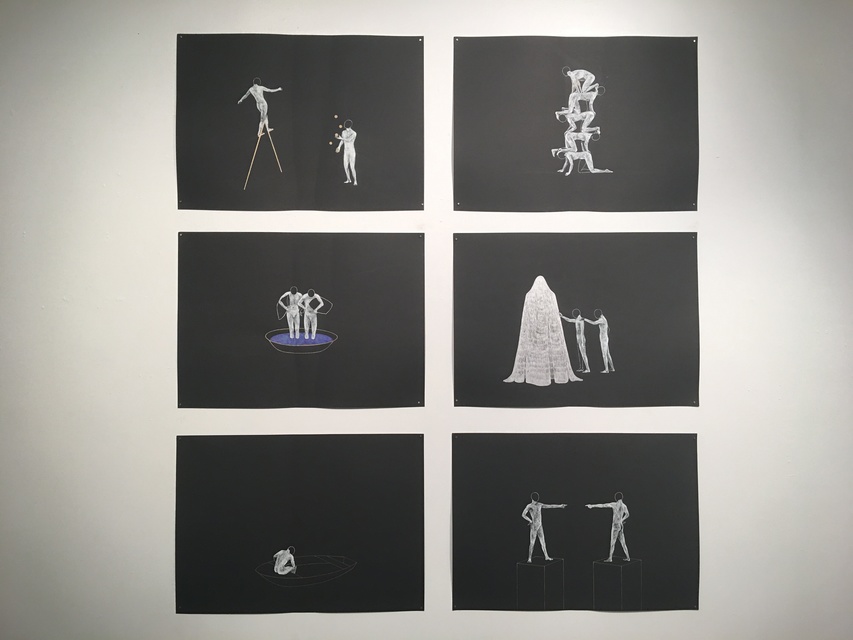 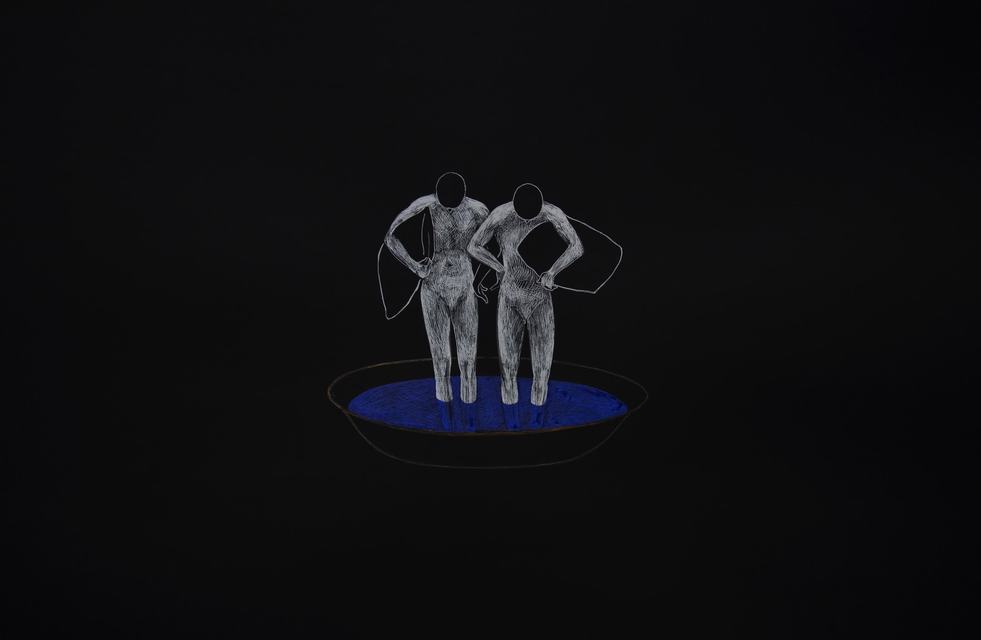 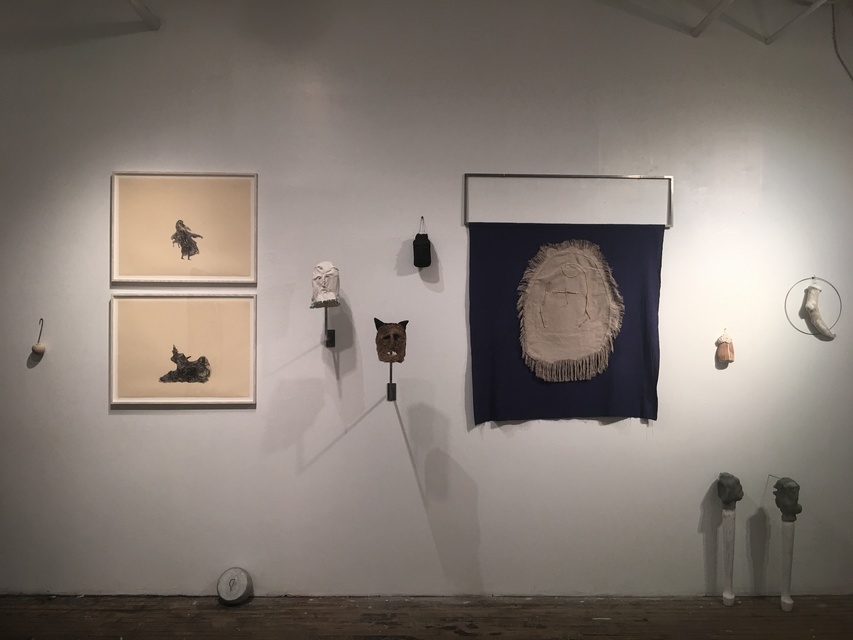 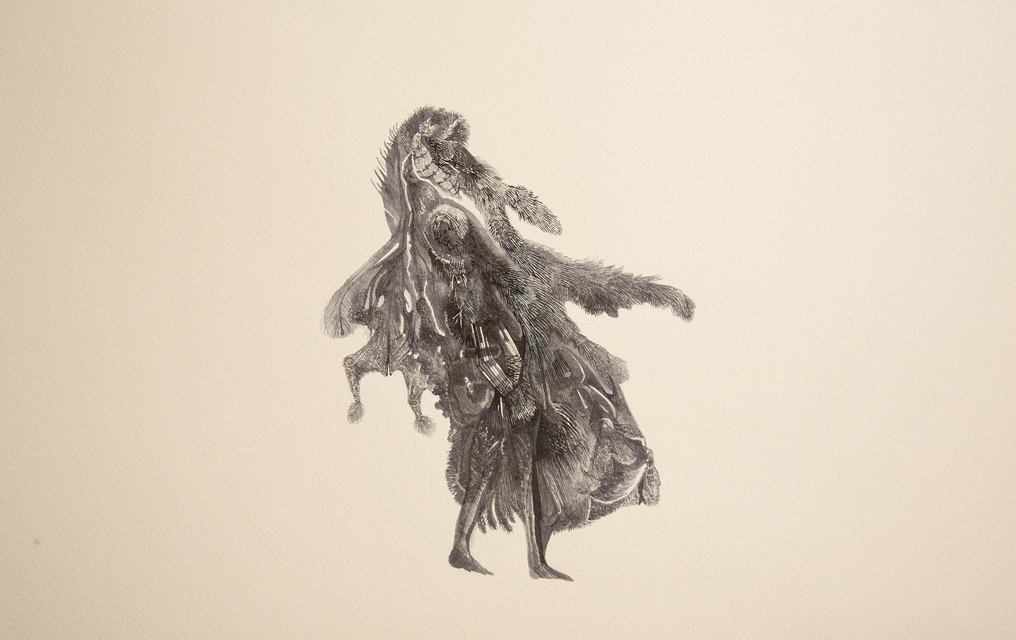 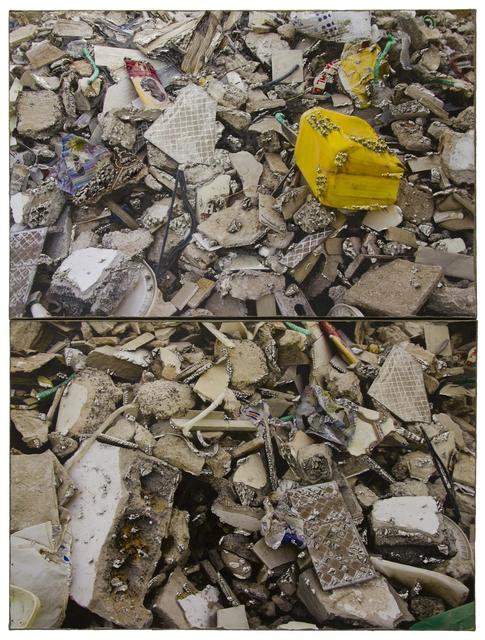 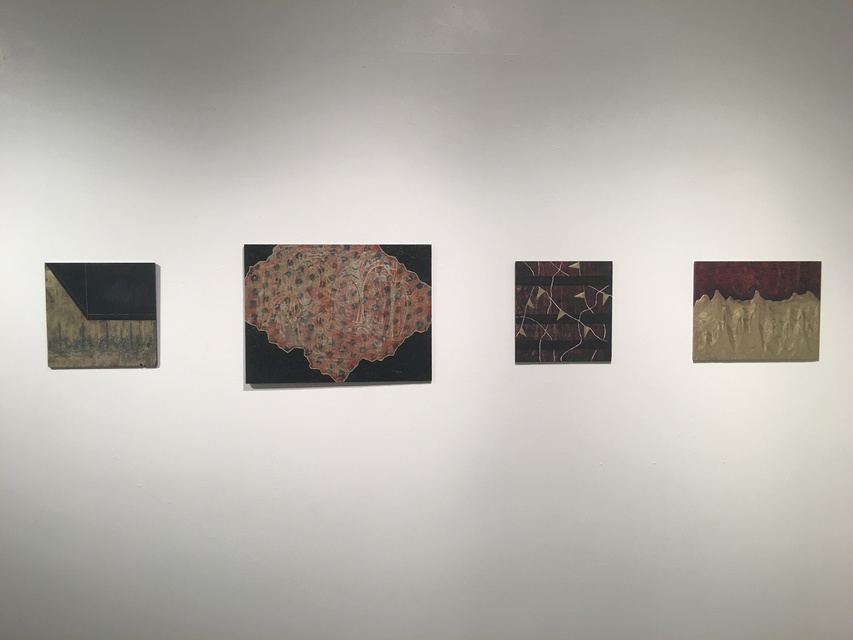 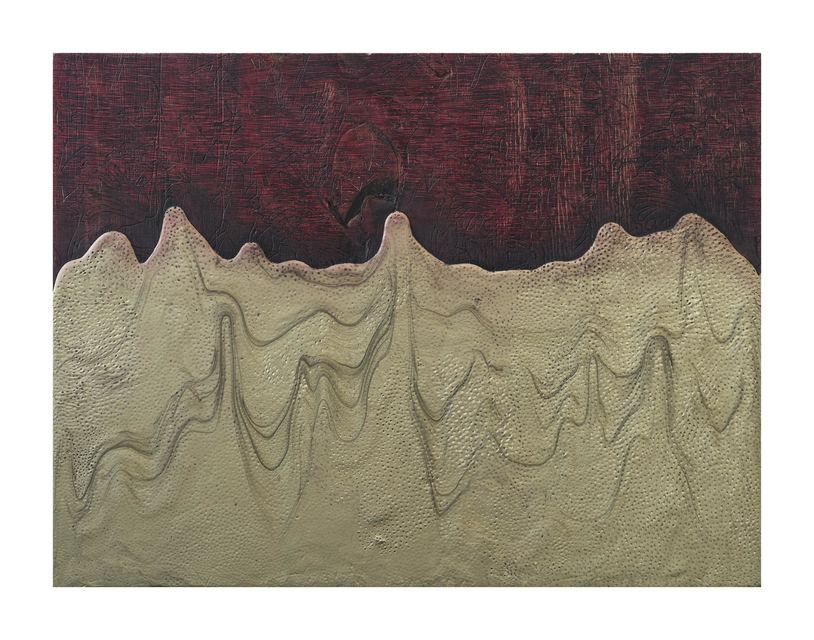 Philosopher Simone Weil writes: “Human existence is so fragile a thing and exposed to such dangers that I cannot love without trembling.” Weil describes a delicate condition in which intimacy and sensitivity evoke compassion.

Defined as “sympathetic consciousness of others’ distress together with a desire to alleviate it,” compassion is a complex and dynamic term that incorporates many other notions and circumstances within it; passion for example, is a criteria for compassion. In Western philosophy as well as in religions, passion is considered a primitive and an instinctive state of being that is the basis for deadly sins. Contemporary philosopher Roberto Mangabeira Unger, however, rejects the idea that the passions must be tamed in order to be productive, and suggests that passions are raw responses that can also act in the service of reason.

Masha Zusman works laboriously with ballpoint pens and mixed media on found plywood. She manipulates religious icons and cultural forms from her upbringing and recent surrounding to create a new-world synergy, bringing to the surface repressed qualities that tend to be overlooked. The elements in her works are based on quotes and borrowed images including: Byzantine Iconographies, Eastern European Jewish paper cutouts, Russian Modernism, and Israeli paintings. By combining these different cultures and beliefs through abstract forms, Zusman invites a view into our multilayered society. She creates from diversity while accentuating an intimate symbiosis.

Erika Baglyas ’s drawings bring forth interactions between people. Drawing with pen on black paper, she creates unisex figures that are in constant strife and power struggles. The delicately tailored figures, centered in a black dark void, are fragile entities assertive yet vulnerable. These somewhat severe works show the hardship in humankind, and allow an observation of our weaknesses.

Naomi Safran-Hon creates intricate works made of fabric, cement, and acrylic paint. Her images and inspiration come from the situation in her homeland, where she photographs ruined and abandoned homes, later to reconstruct them using domestic as well as construction materials. Her work is an attempt to identify with, and suggest creativity and growth as a means for compassion to ongoing human struggles.

Through experimentation Alisha Wessler creates alchemy between opposing parts. Her detailed objects are made from various materials and often inspired by small readymades she collects. Based on personal and collective memory Wessler investigates intimate features in the evolution of human kind – either of what they have left behind, or what they might leave behind. Stimulated by superstition and ceremony, these delicately executed artifacts connect the physical, the emotional, and the devotional.

Working in film, photography, and performance, Jody Wood often collaborates with willing participants from her community. Here she presents a new video titled In the Black Box, (Looking Out), 2016, alongside a stills-installation piece. Manifested through performance combined with documentary-style film, the video explores the notion of empathy through secondary trauma. Here she emphasizes the importance of preparation and disengagement from roles of care-work, and reveals the interdependent nature of trauma and time.

The notion of passion evoked in the title signals its semantic root in struggle and deep visceral engagement with the world. Consequently, compassion is understood here as a stimulated interaction with others. Thus, the title “With Passion” refers to the artists’ engagement with their practice as well as with the audience. These works have in common a wish for empathetic viewing. If compassion is an ethical duty, how is the audience’s responsibility provoked by these works, and how does it translate to the audience’s experience outside the gallery? The exhibition hopes to draw on the ethical consequences of an aesthetic experience – the repercussions of a simple act of viewing.