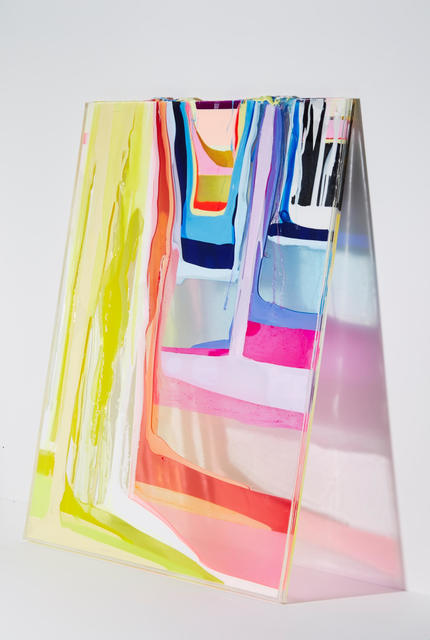 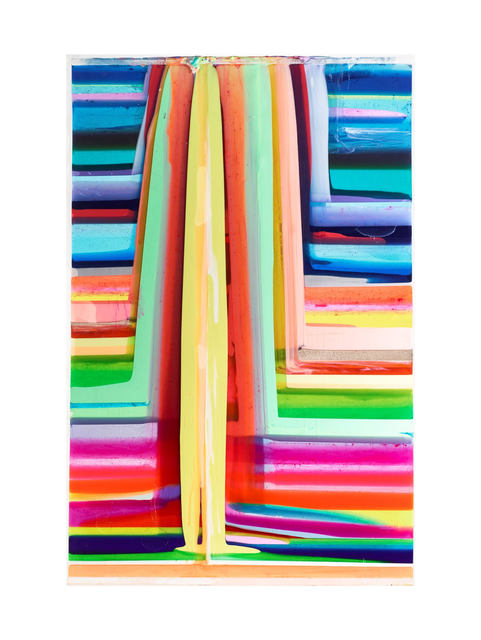 Palm Dessert Breaze (No Matter What We Get Out Of This I Know We Will Never Forget), 2016 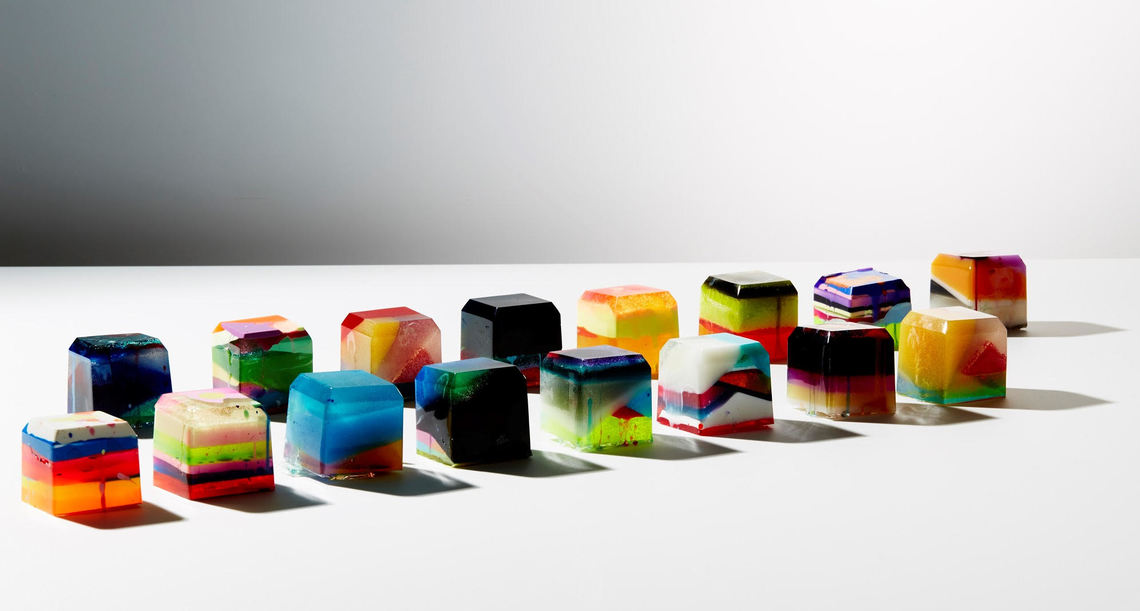 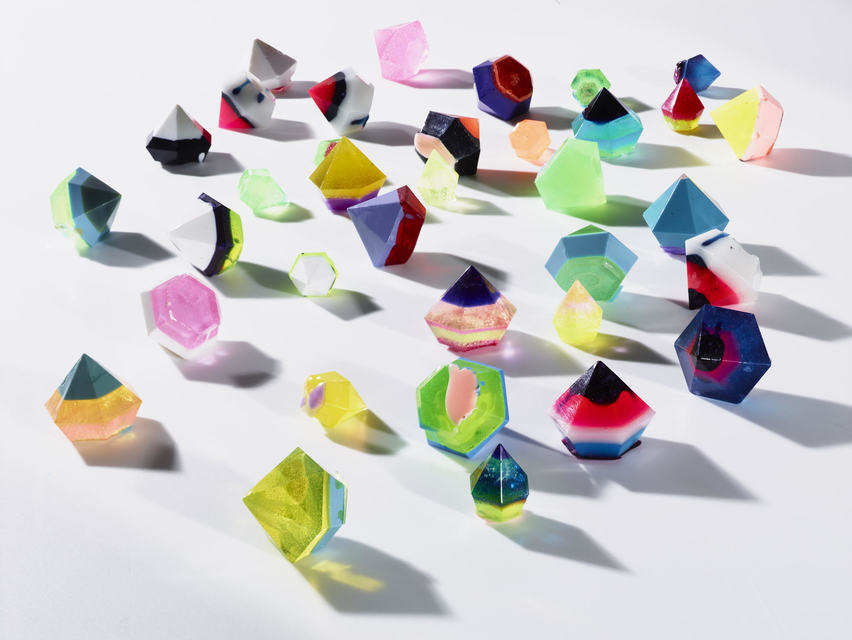 Slag Gallery is pleased to present Brooklyn artist Ben Godward’s first solo show with the gallery. In this exhibition of recent work Ben Godward explores holographic realities, constraint and transparency. The show consists of two bodies of work. On the walls are panels of hand-pigmented urethane resin along with resin tchotchkes on the table in the center of the room.

Godward creates painterly compositions of the resin panels through gravity, Pouring the resin into thin five sided acrylic boxes that give the poured material structure. The pours create a layered matrix that reveals complexity within the simple system. “They are still objects, I see them as really thin sculptures, all five sides give information but also function as images or paintings with primacy given to the ‘face’,” Godward explains. “Once condensed into this graphic picture plane, the act of the pour can be expressed in full.” This flattening to create order and simplify is rooted in physics theories of a flat universe, holographic simulations that we may be currently living in and philosophy going back to Descartes’ evil demon thought experiment.

Godward’s saturated objects conjure familiar carnival-like explosions of color, tempered with moments of fog like whites and voids of complete transparency. The work recalls the color field painting of Helen Frankenthaler and Louis Morris, specifically the color blocking and strata reminiscent of landscape.

Alongside the panels are the Tchotchkes, vibrant cubes and “diamonds” made from casting resin into a variety of ice cube trays, reflecting the commercial mass-production and ephemeral nature of consumerism. While Godward’s pieces easily read as a critique of American superabundance, there is no self-aggrandizing manifesto the works ascribe to; they exist instead as growths of the world around them. Drawing inspiration from his own surroundings in New York, Godward’s work tackles the vibrant toxicity of American consumerism with his neon, varicolored sculptures. “My sculptures respond to the slick and saturated media of the world we live in. They are reflections of myself, contradictory and impulsive.”

Ben Godward was born in Indianapolis, grew up in St. Louis, MO and received his B.F.A. at Alfred University and an M.F.A. in Sculpture from the University at Albany. After Albany, Godward moved his studio to Brooklyn, where he currently lives anf works. He has shown extensively in NYC including at Sardine, Fortress to Solitude Lesley Heller, Moti Hassan, The Laundromat Gallery, Pocket Utopia, Centotto, Famous Accountants Gallery, Way Out Gallery, NYCAMS, Norte Maar, Storefront Gallery, Factory Fresh and Orgy Park among others. Ben has also completed large outdoor public art projects at Franconia Sculpture Park in MN and Socrates Sculpture Park in Queens, NY. Ben’s work has been featured in The L Magazine, The Brooklyn Rail, Sculpture magazine and on WNYC Radio.