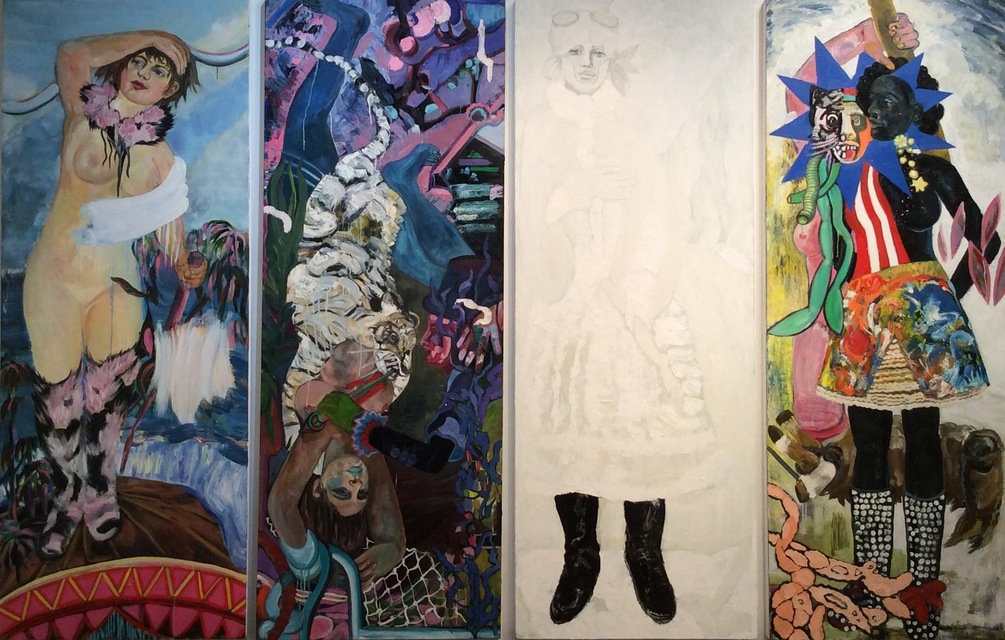 Marie Peter-Toltz is best known for her rich oil paintings reflecting fictional narratives of filial relationships, sexuality and extreme emotional states, offering viewers a direct connection to their own psychological complexity and history. For Mes Prédatrices, Peter-Toltz strives to encapsulate the tempestuous reality concerning the multiple aspects of one character painted in an oneiric environment – allowing the painting to become the canvas of humanity. Deeply influenced by Greek myths – in particular to the Moon Goddess and night hunter Artemis – her new body of work navigates between the myth’s emotional content combined with the artist’s personal iconography.

Peter-Toltz often utilizes the female as an archetype - a way of exploring human consciousness through our socio-cultural understanding of female identity today. The female figures in her paintings poetically search, agonize, and conquer in a lost paradise. These forms found in Mes Prédatrices are found yearning and chanting, the imagery oscillating between mythical wars, murders, and intertwining love stories and battles. Through Peter-Toltz’s energetic brushwork, one witnesses the agony of the human condition while rejoicing through the tales of survival and hope.