The Tale of a Found Dimension 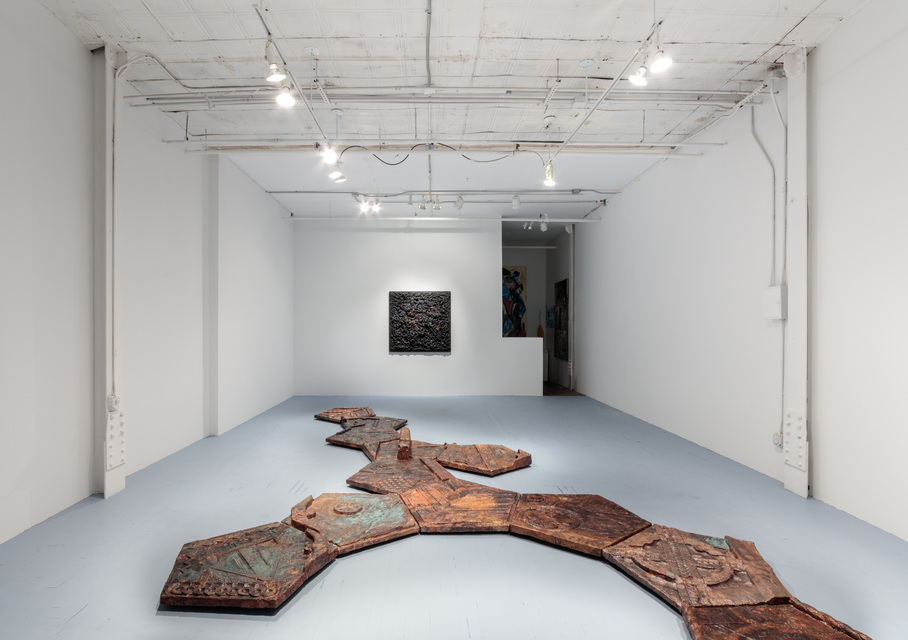 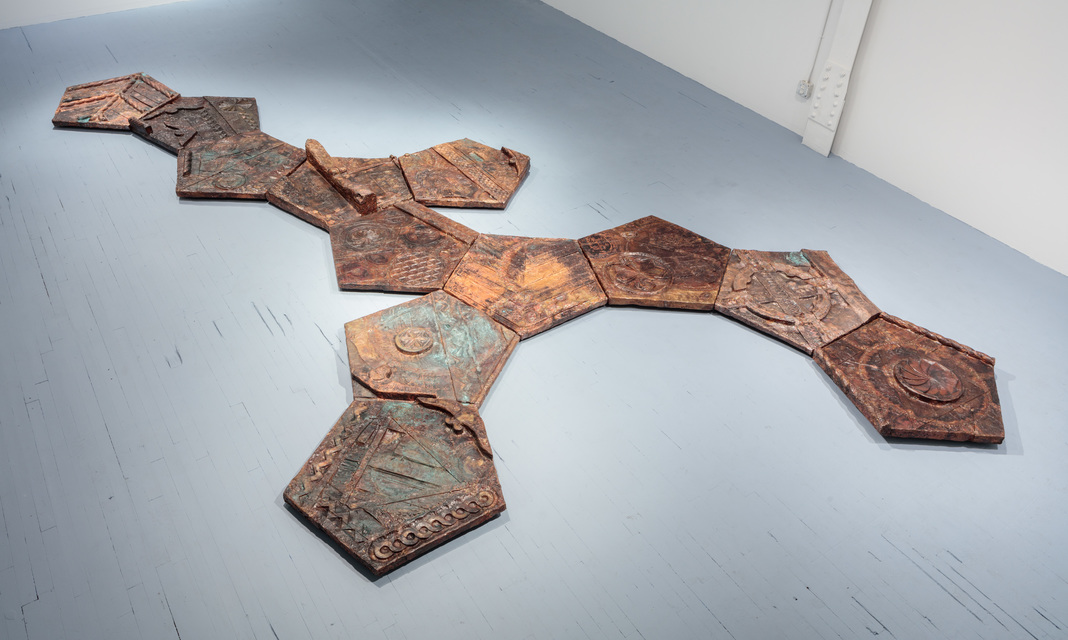 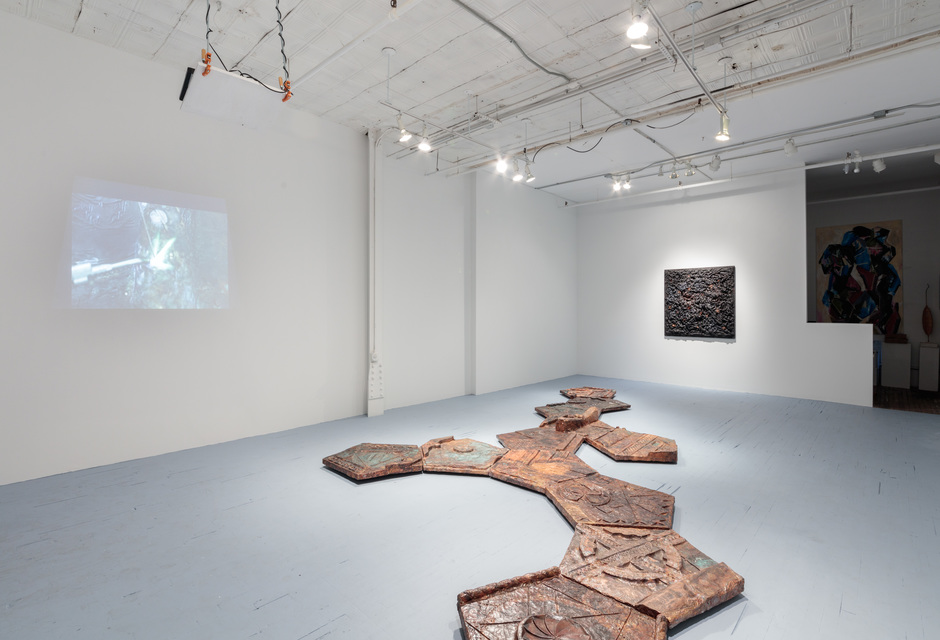 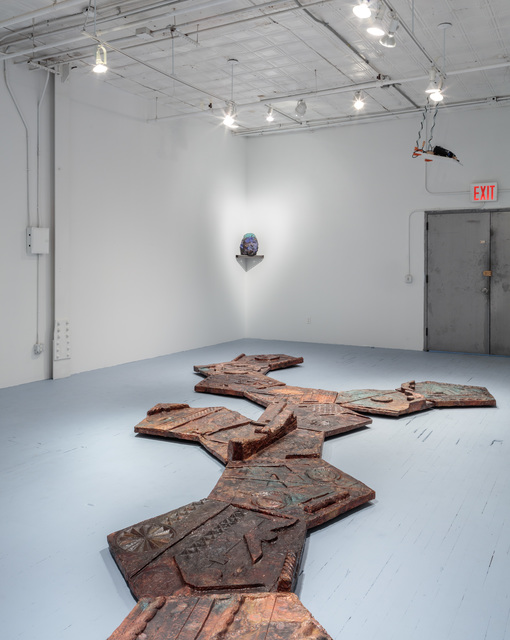 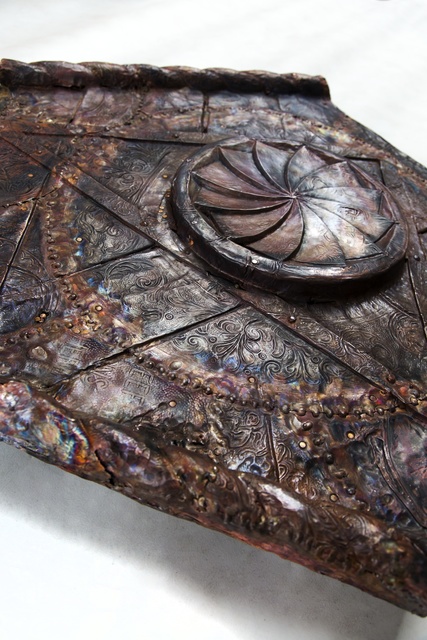 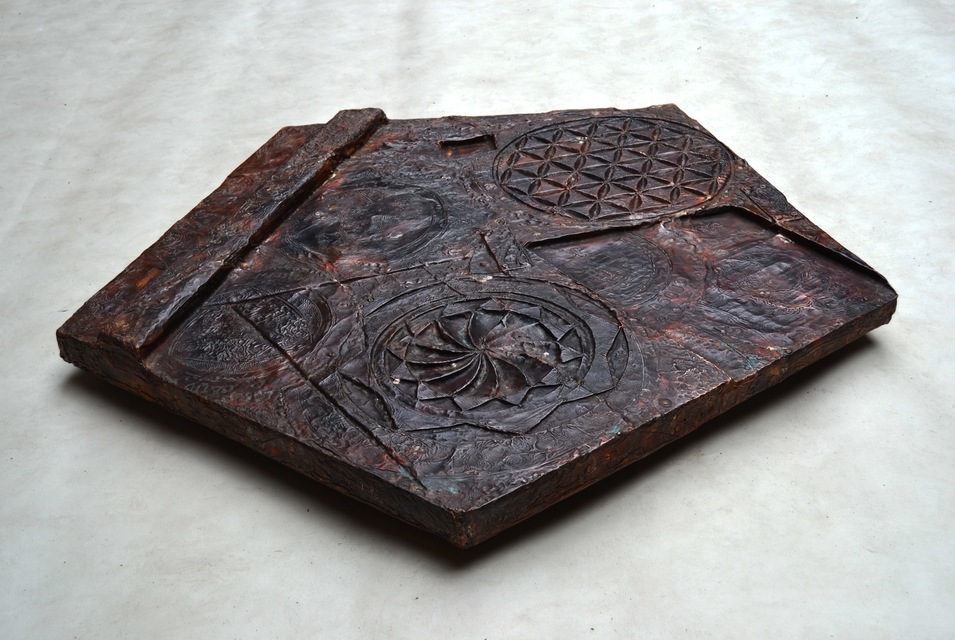 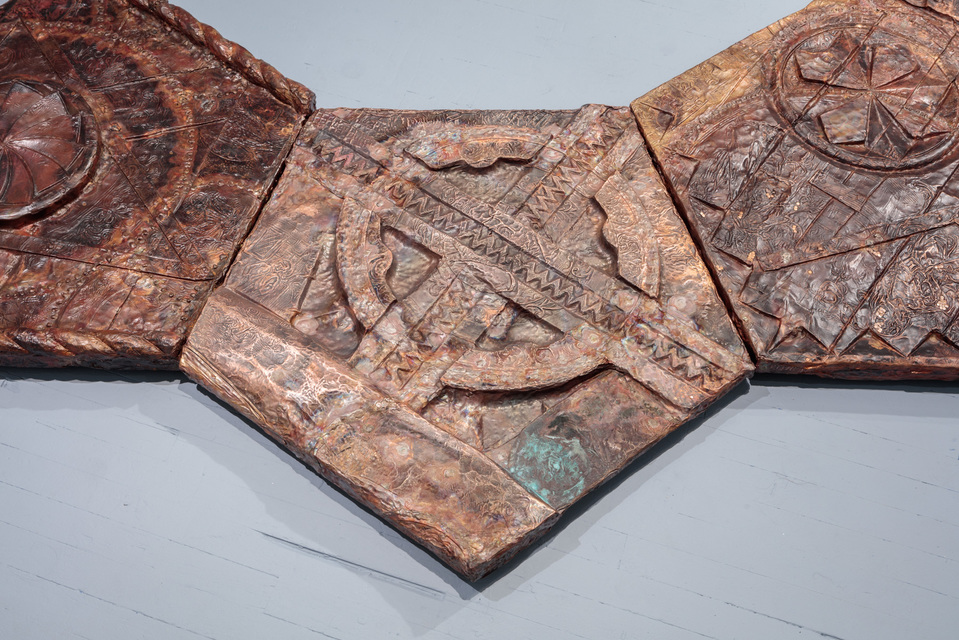 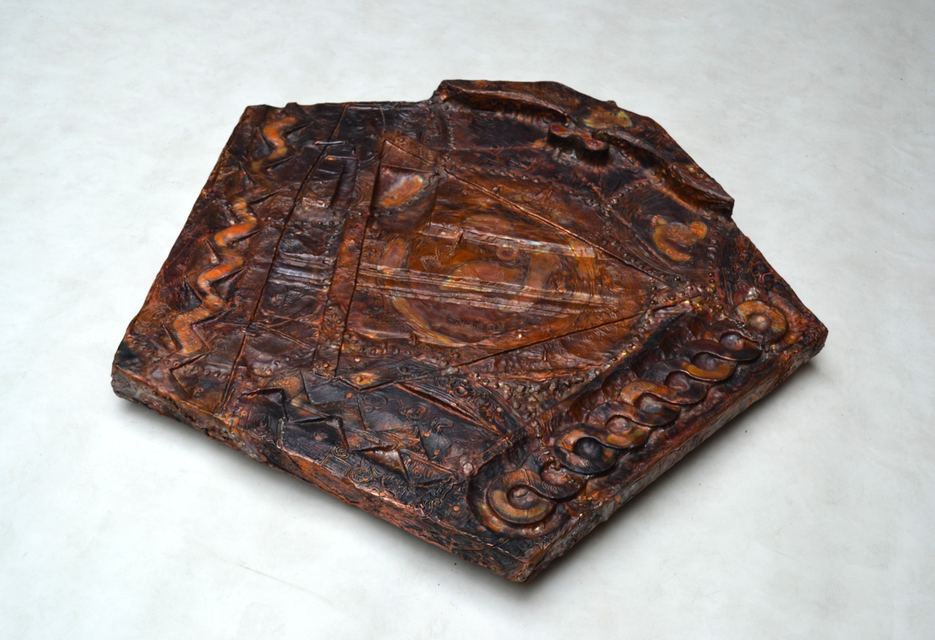 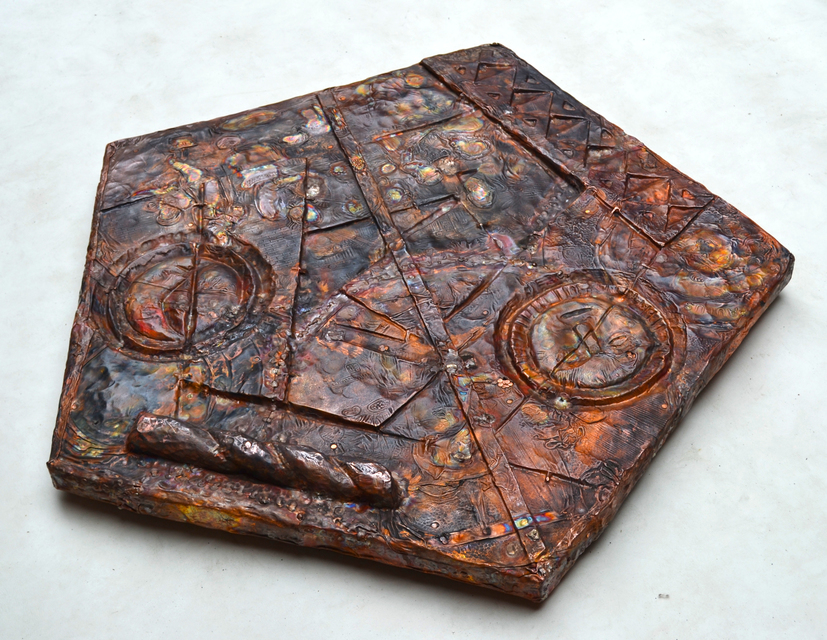 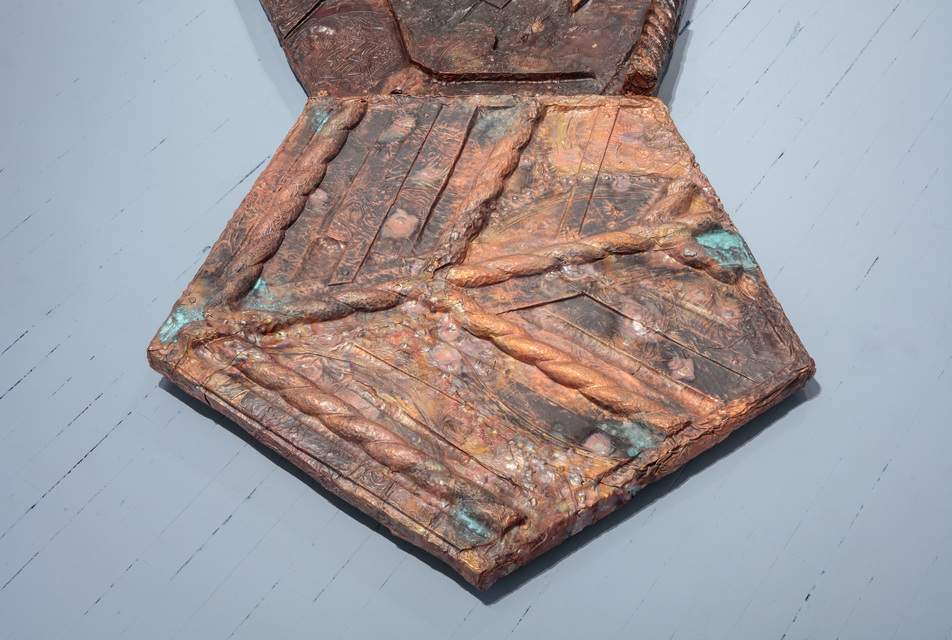 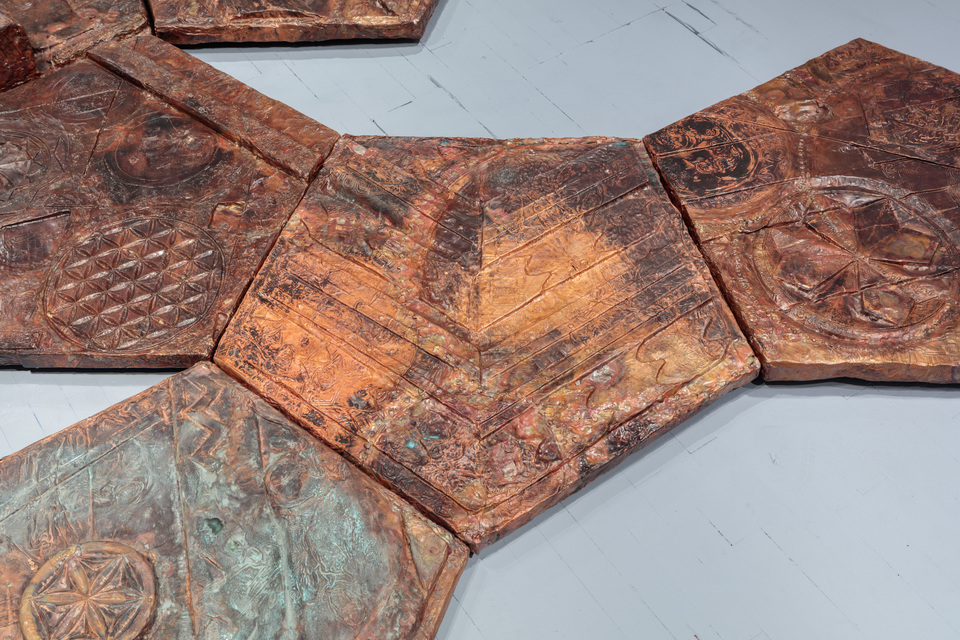 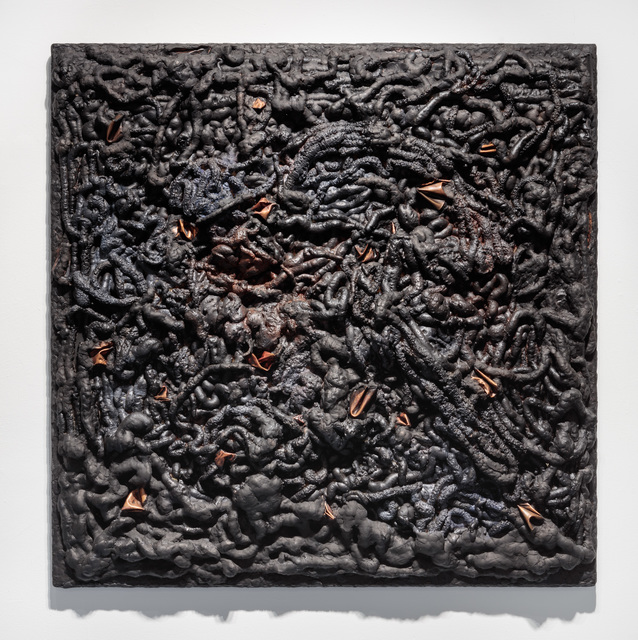 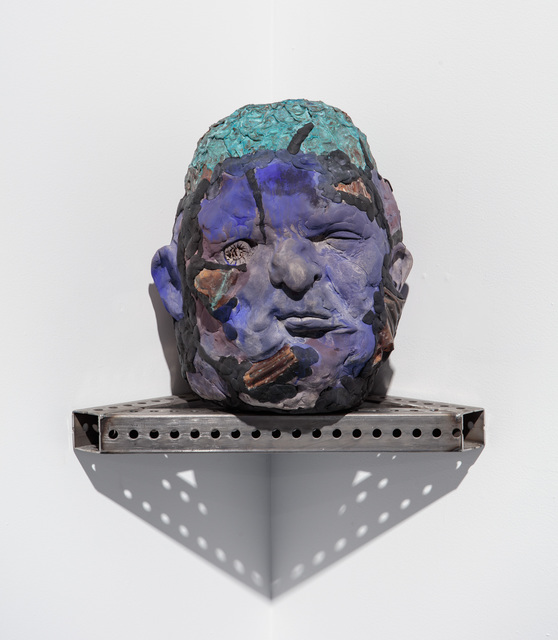 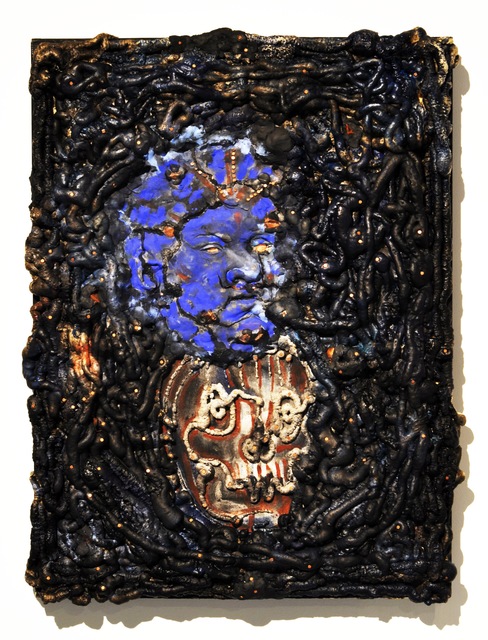 Slag Gallery is pleased to present The Tale of a Found Dimension, a new body of work by Marius Ritiu.

Marius Ritiu’s oeuvre is personal yet universal, intimate yet foreign, disparate yet connected, historical yet fictitious, global yet local. His work is contradictory – as creative work so often is – steeped in themes of travel, heritage, cultural origin, migration, and space. As a Romanian artist whose own migration story to Western Europe has informed and anchored the topics in his work, Ritiu seeks ways to express the universal humane through the personal or particular, the familiar through the alien, the planetary through the local.

He implies that culture, religion, nationalism and race are segments of a wider need for creative expression of the human condition, yet more often than not they become borders, symbols, ideologies and categorizations that divide and inhibit, rather than unify and inspire. In Ritiu’s viewpoint, these particularities of creative expression should be celebrated, but without over-idealization. As a traveling artist and an immigrant from an Eastern European country to a Western European country, he has a sense and knowing for changing cultural expressions, which deepen and infuse his identity as a Romanian artist.

Ritiu believes in the concept of a “global consciousness” and that it is imperative to create a “planetary society” in order to protect the “pale blue dot” that is Earth, and seeks ways to emphasize this concept through his work, reinforcing the importance of art and science as doorways for truly seeing our inherent interconnectedness.

He uses sculpture as his means to physically transcribe and articulate this universal form, and employs the Platonic solids as his theoretical foundation for creating the 12 pentagons featured in The Tale of a Found Dimension. Although each of these pentagons can stand on their own, when together, they create a dodecahedron, a solid referred to by Plato as the quintessence of the Universe.

Marius Ritiu collected hand-carved wood from Maramures, Romania (his birth country), which he later covered with hammered copper plates from Belgium (his adoptive country).   Maramures is now a UNESCO protected region known for its uniquely carved wooden houses and churches. However, much had been previously demolished due to industry intrusion, and it is here that Ritiu gathered his fragments of carved and un-carved wood, which he later brought back to his studio as materia prima for this body of work.  Pre-Christian symbols, such as the Rope, Sun, Rosette, Tree of Life, Flower of Life, and Wolf Teeth adorn the found carved wood – their ancestral goal meant to transcend the “house” beyond the confines of geographical markers and thus the village could become part of a global community and universal mythology. The unmarked wood was carved with Ritiu’s own hand, and so each new piece is an mélange of found and newly carved wood – two hands, two voices. Ritiu then cut the wood to reassemble 12 pentagons, and later, used a unique and old Tzigani method for superimposing the traditional decorative copper hammered plates he had gathered in Belgium onto the newly created pentagons.

Ritiu treats found objects as tools; their former lives, aesthetic, craftsmanship, symbolism and history provide an anthropological and sociological insight to his finished pieces. The ancestral techniques he applies and redefines in his work also reinforce this, transcribing the historical into contemporaneity, the culturally specific into ubiquity. Meanwhile, it is his merging of two disparate cultures with his hand – from east and west – while still allowing the original voices to breathe through, which whispers The Tale of a Found Dimension.

Marius Ritiu holds an MFA  from the Royal Academy of Fine Arts Antwerp, Belgium, as well as an MFA
in Classical Sculpture from the Art and Design University of Cluj, Romania.  He left Romania in 2010 together with his colleague and friend,Cristian Bors. Subsequently, Bors & Ritiu worked as an artist duo from 2010 until 2017.  Marius Ritiu has shown in numerous international group and solo shows including, the Bucharest Biennale; Middelheim Museum, Antwerp, BE; Independent Art Fair, Brussels, BE; Volta, Basel, CH; Open Source, New York; cutlog Art Fair in Paris and New York; the Museum of Contemporary Art, Bucharest, RO.  He has also been awarded scholarships and residencies including the ARTE/cutlog Prize; the Verbeke Foundation Residency, BE; and most recently, the Kunsten en Erfgoed Grant for the ISCP.  He is currently an artist-in-residence at the International Studio & Curatorial Program in New York (ISCP).  He lives and works in Antwerp, Belgium.