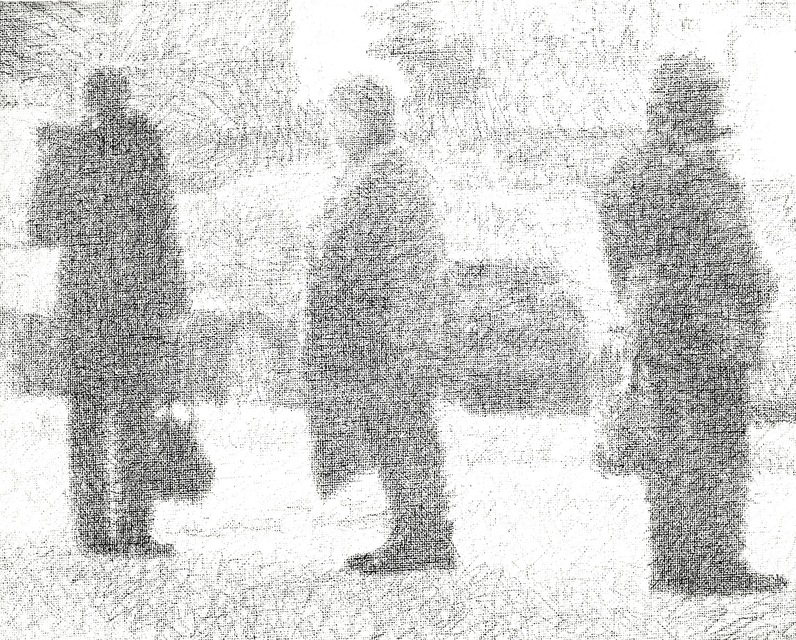 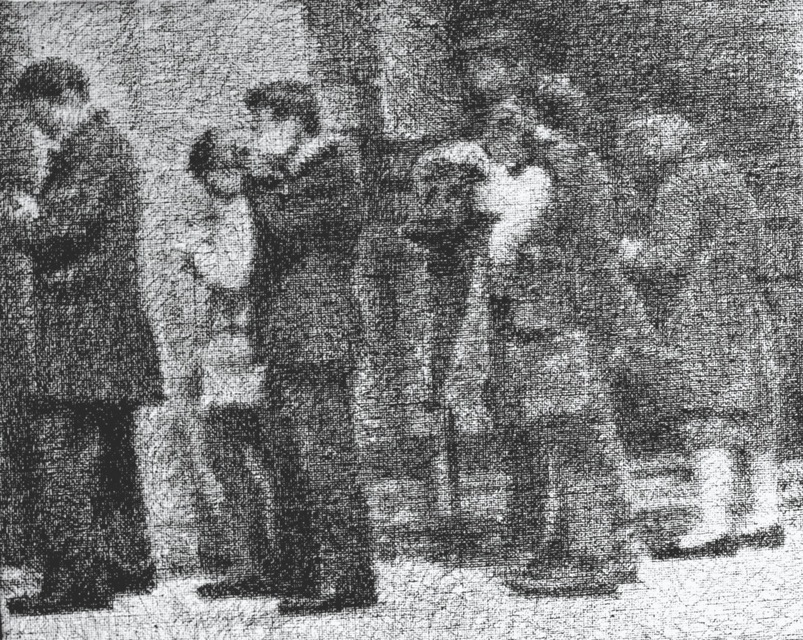 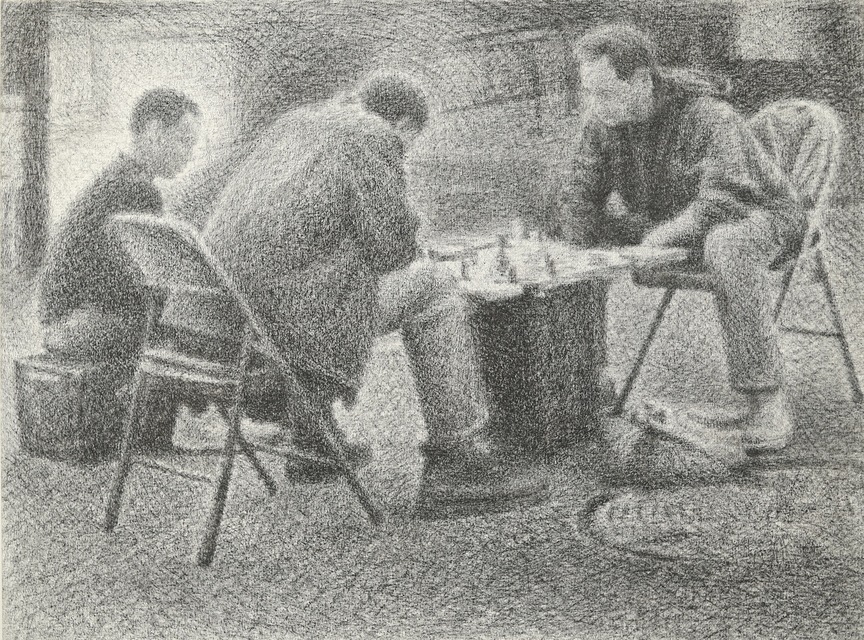 Slag Gallery is pleased to present a solo project of new works by Ioana Joa.

In Spatiality of Light, working on themes of solitude and light, Ioana Joa created a series of black-and-white drawings of fleeting encounters populated by protagonists of a familiar yet non-specific urbanity.

Joa illuminates to understanding an aching loneliness that prevails despite the many opportunities to connect. Joa's visual lexicon renders her subjects as each equally breathing life into the situation thereby created, a situation whose under-realized vitality and magnificence are nevertheless captured in the unifying light the artist sheds throughout.

Spatiality of Light implies a seeming paradox and a resolution of it all at once: Light reveals all; we are blind without it. Light coalesces; yet, here we are, alone despite it.