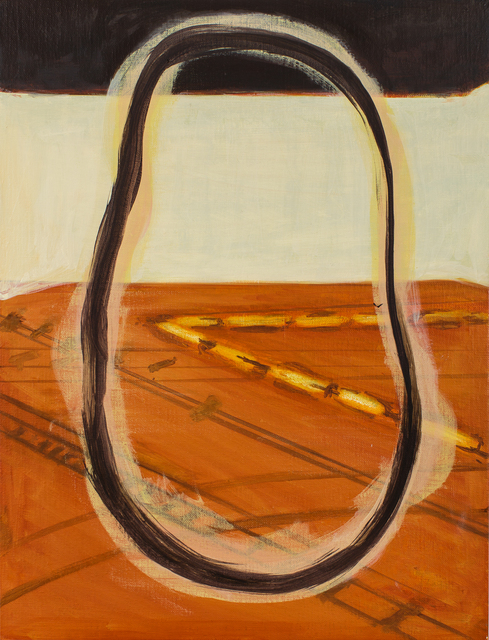 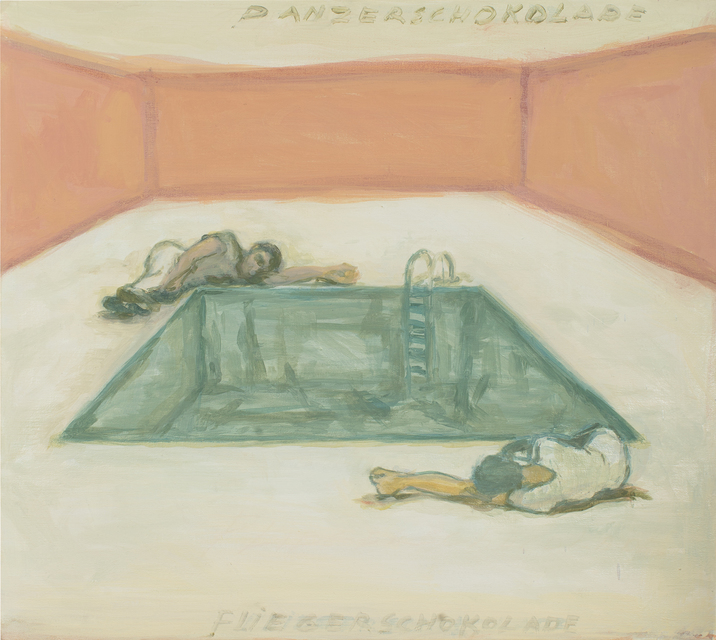 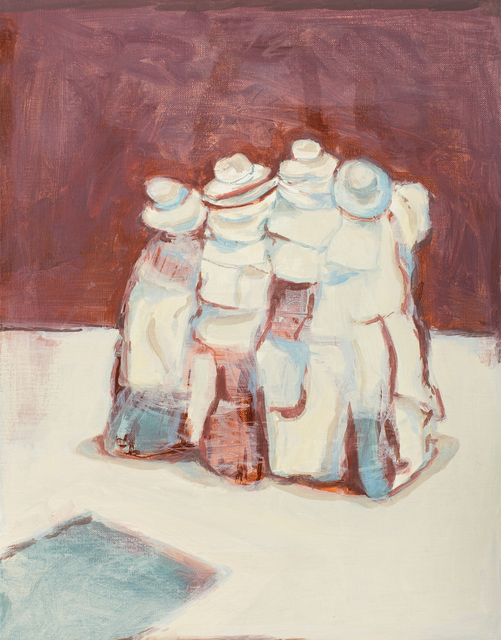 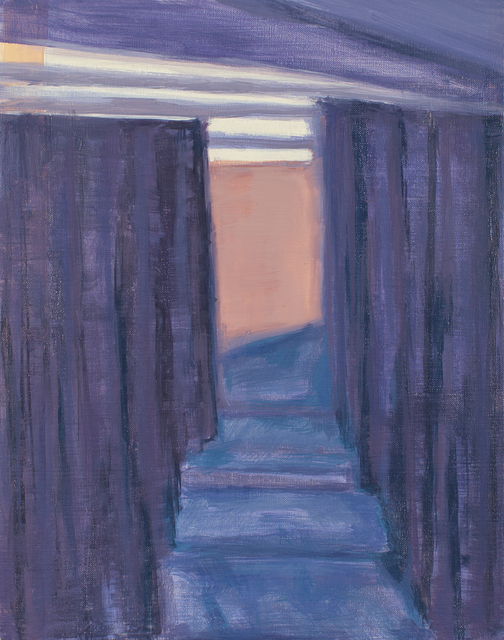 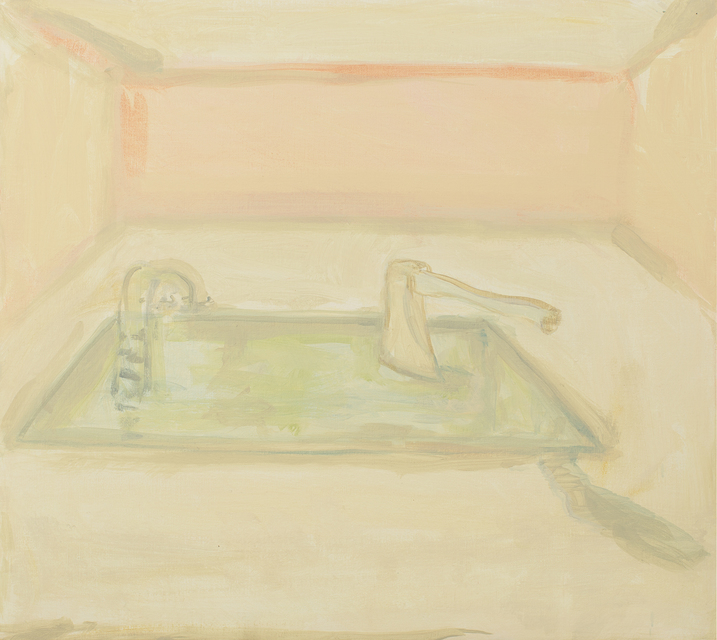 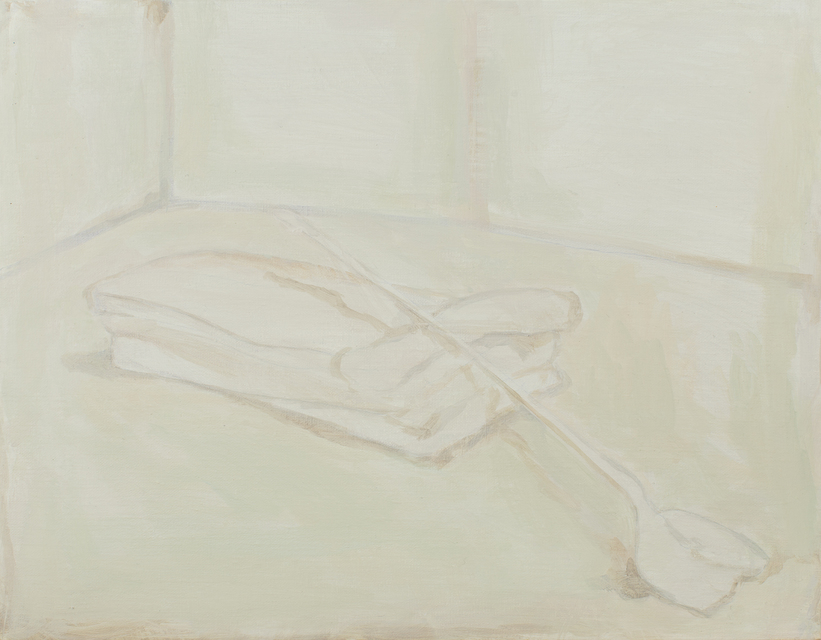 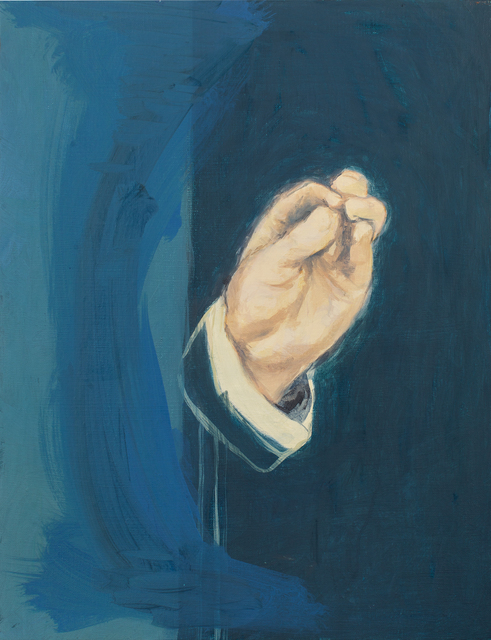 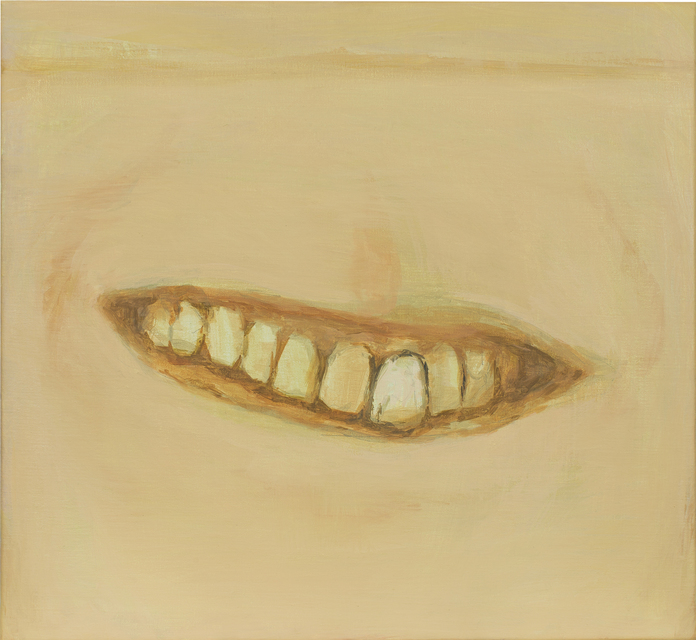 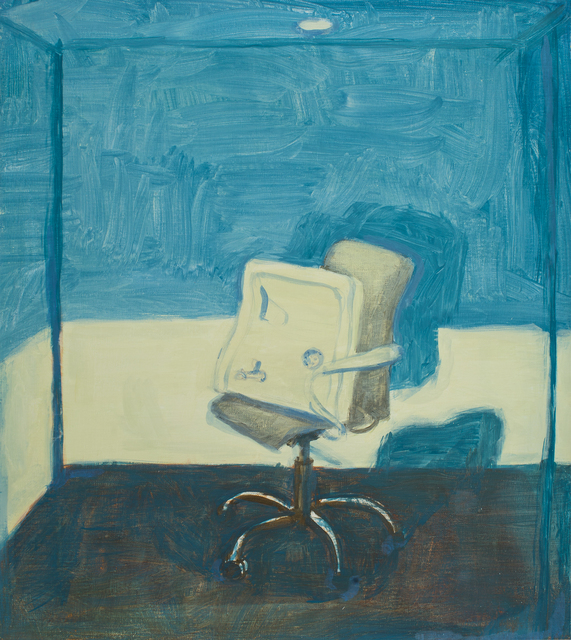 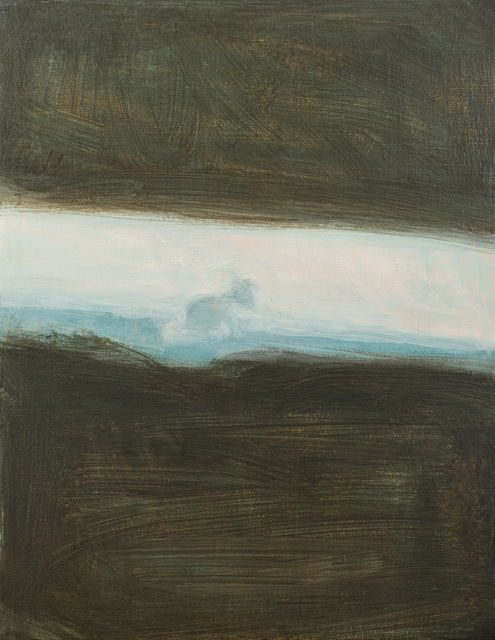 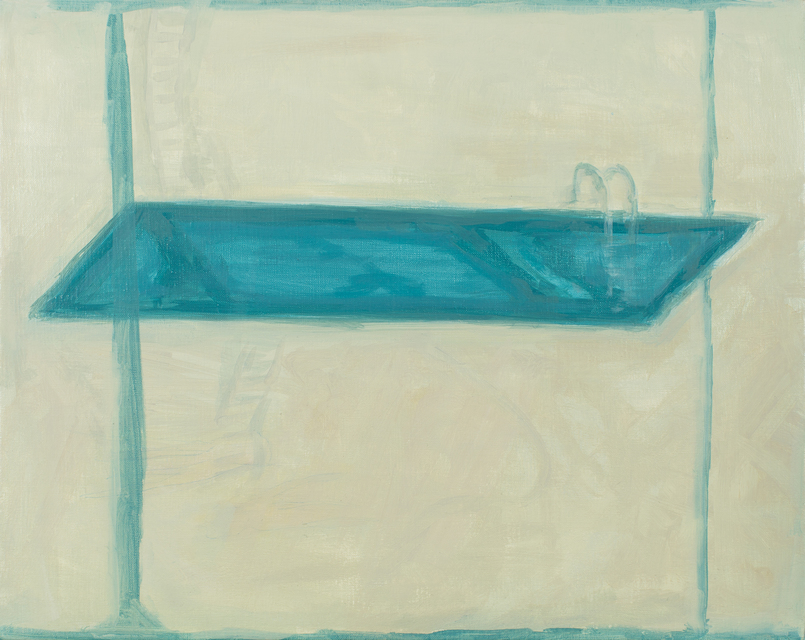 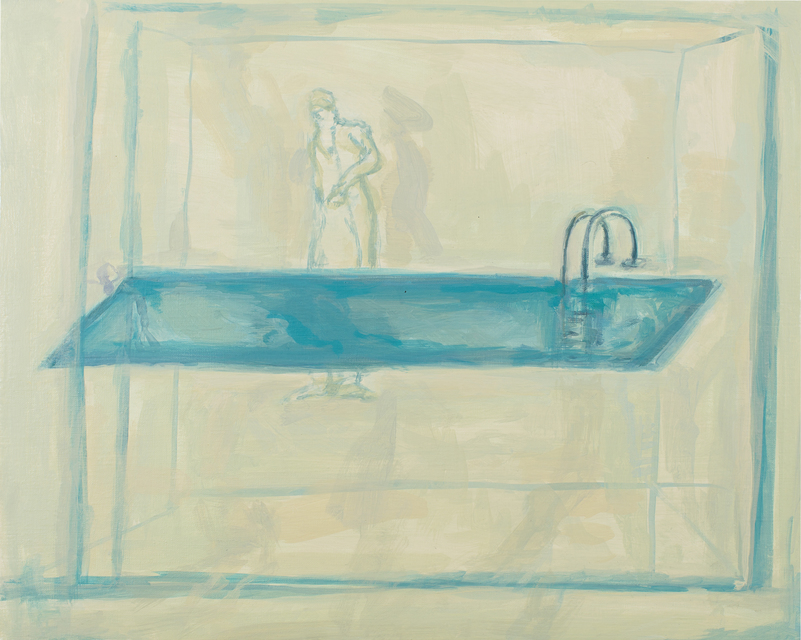 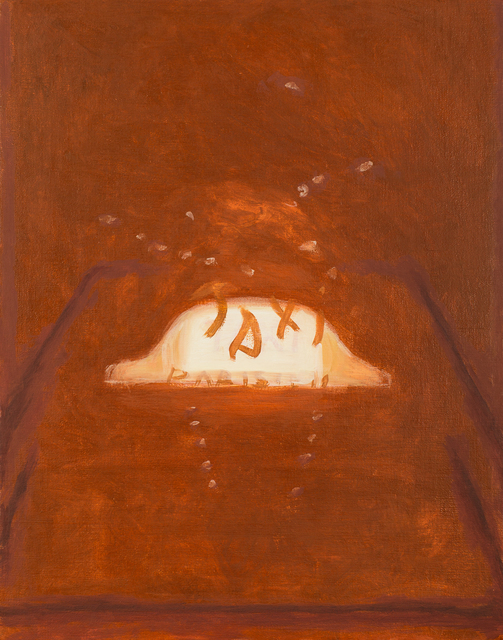 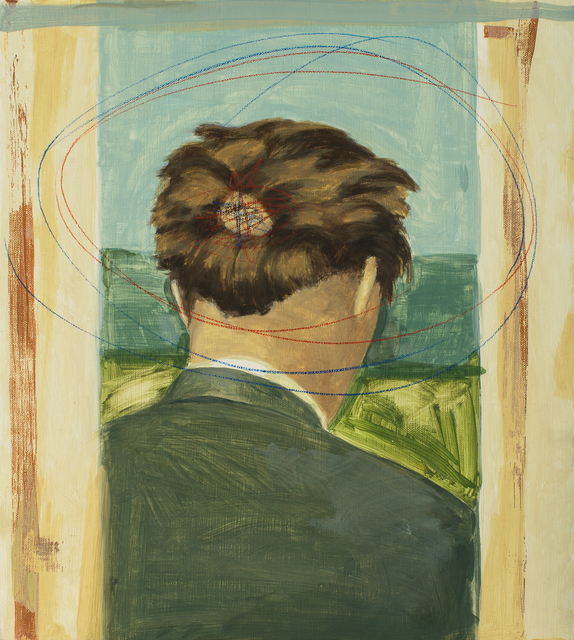 Guy Van Bossche’s art is to be situated within a select group of Belgian painters such as Luc Tuymans, Bert De Beul, Marc Vanderleenen, locally known as ‘The Grey School’.  During the early 90 ’s these painters returned to figurative painting and introduced a modest and sober art by using small size canvases and minimal colors, whereas the international art scene was dominated by large size, colorful abstract painting.  Using photography as a point of departure for his compositions Van Bossche doesn’t focus on the reality of the photograph, but rather, his modus operandi is one that seeks "signals which in the act of painting he converts into images that vibrate with life."  By doing so, a painting of Van Bossche will never be a mere copy of a photograph, but a fragmentary image created by implementing subtle changes, an image which translates his fascination with human fate, an image which captures moments of quietude at the intersection with uneasy oneiric elements. Working to meta-expressive ends - sociological, political and philosophical -, Van Bossche's work possesses the extraordinary ability to plunge the viewer into the undependable world of reflections. The penetrating profundity of his work rewards deep viewing.

Guy Van Bossche has exhibited extensively throughout Europe and he is represented by Mulier Mulier Gallery (Belgium).  This is Van Bossche's first solo show in New York. He lives and works in Antwerp.