Main Gallery: Blindscape: There from Where Nothing Can Be Seen // Project Room: Hyper Prismatic Mesh

Click for more information on Adam Brent or Dan Voinea 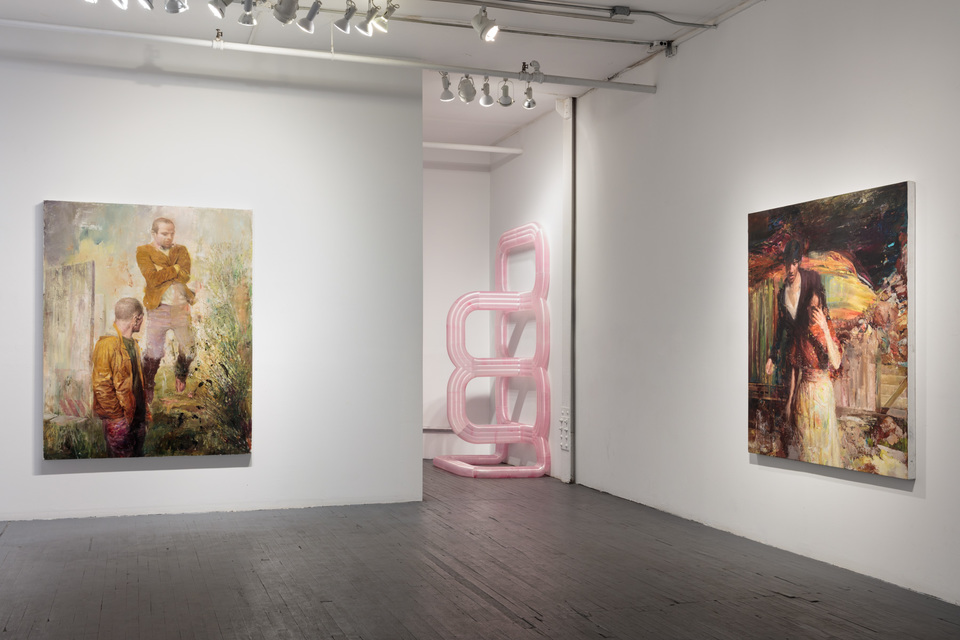 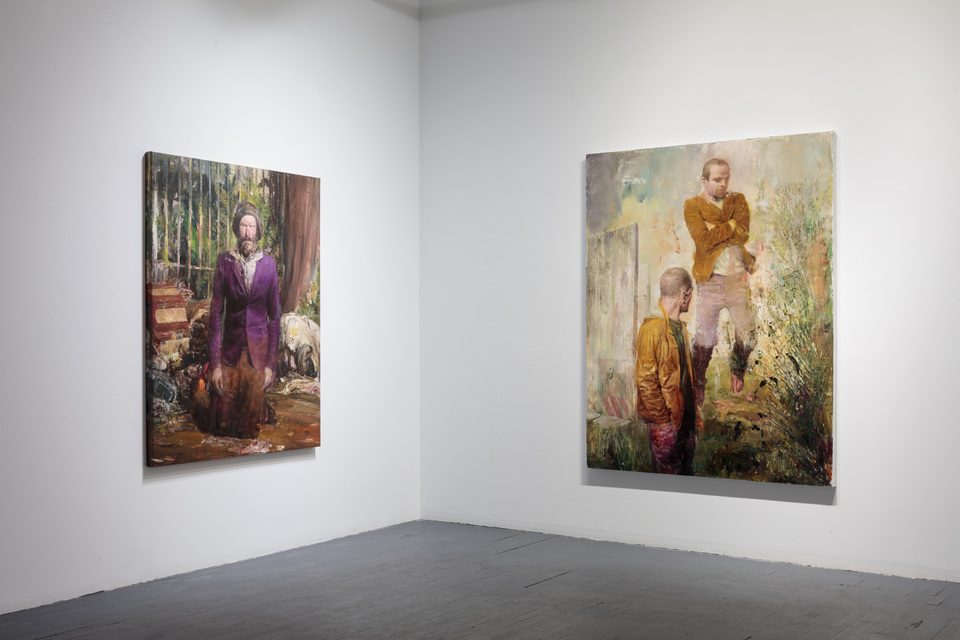 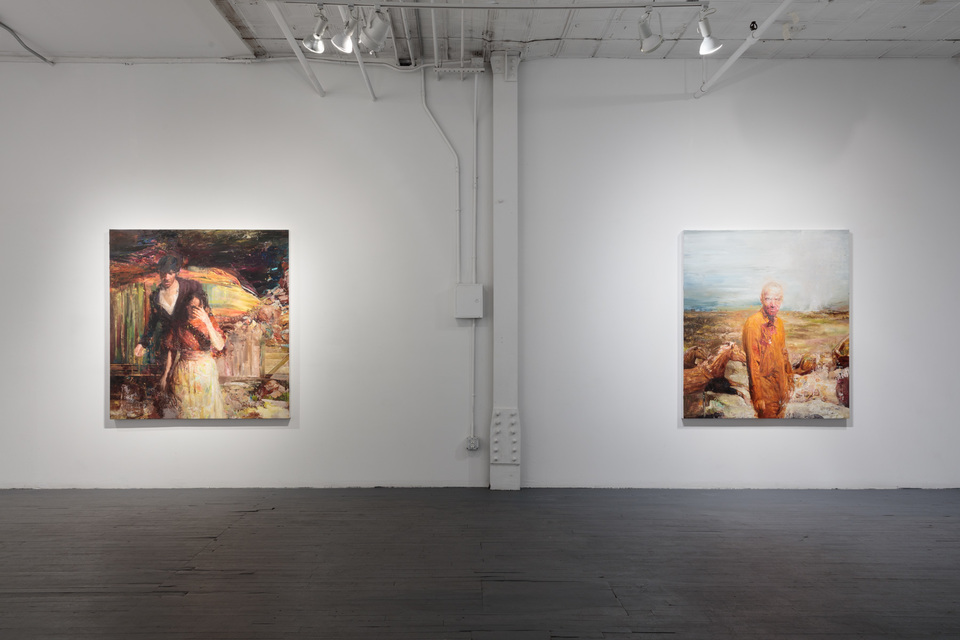 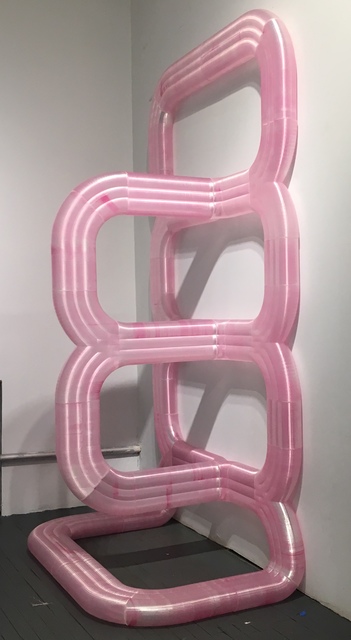 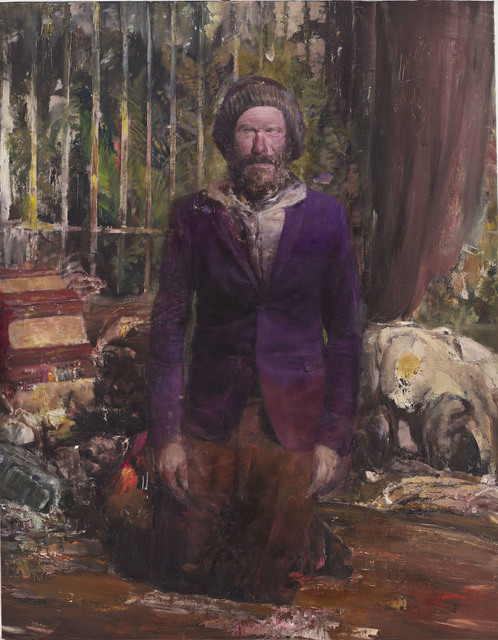 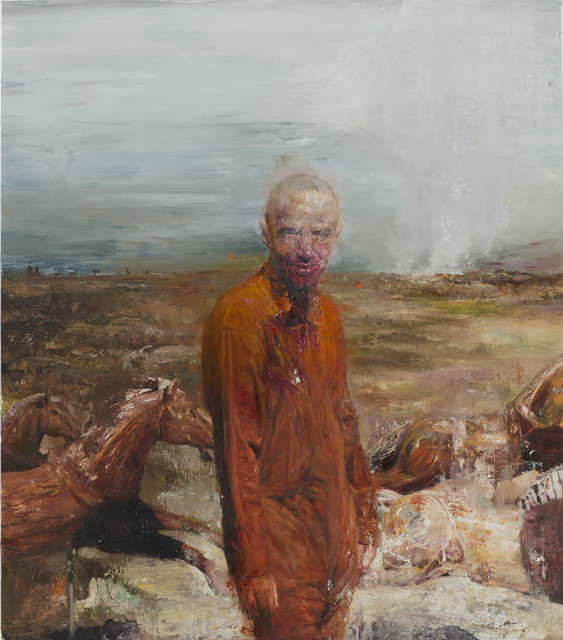 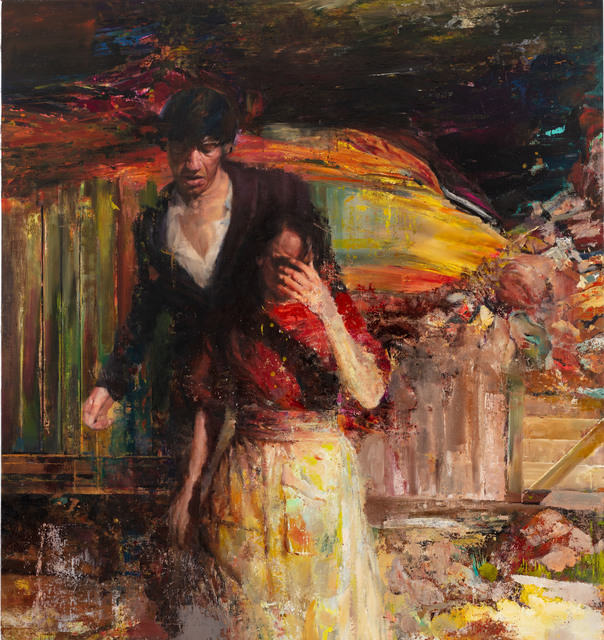 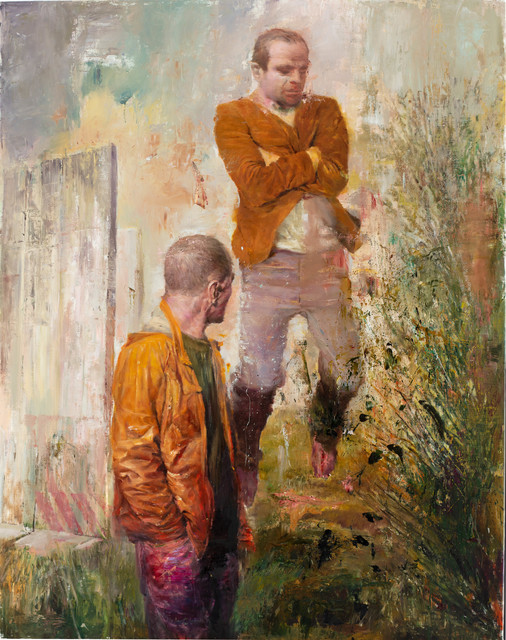 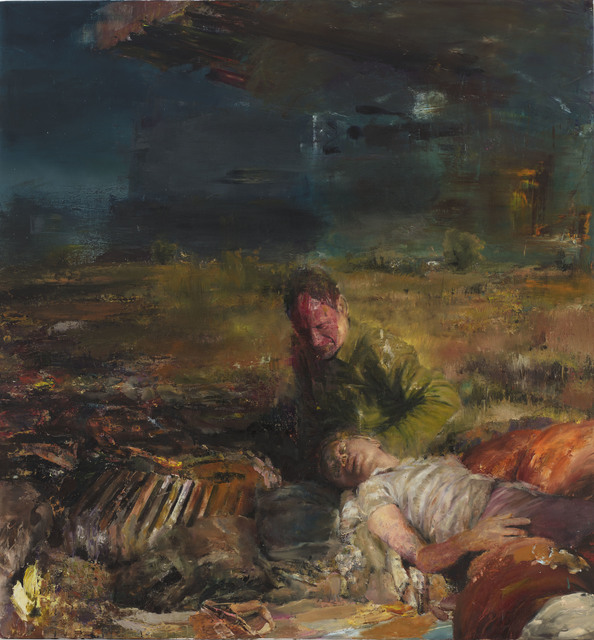 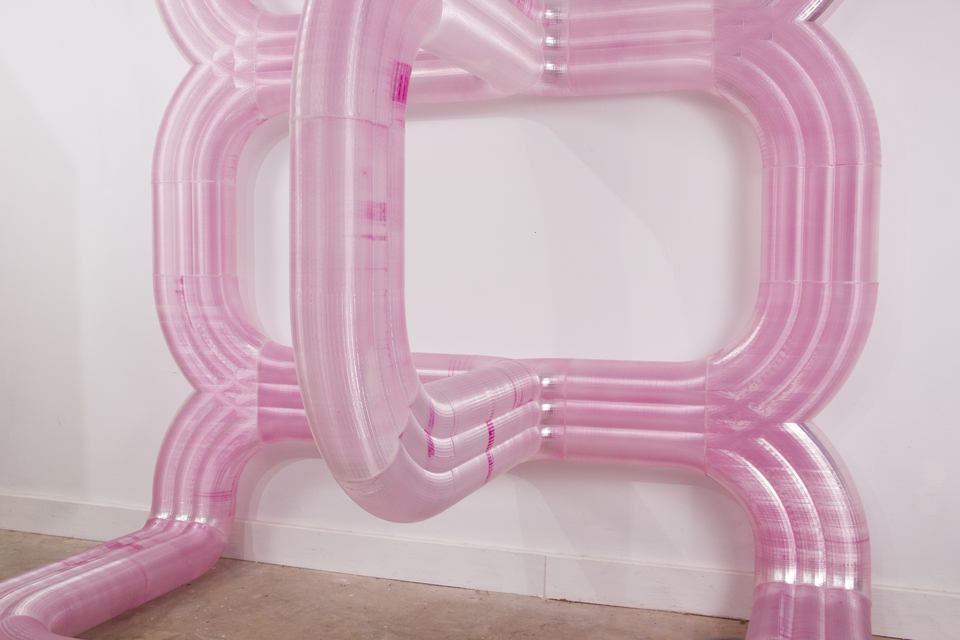 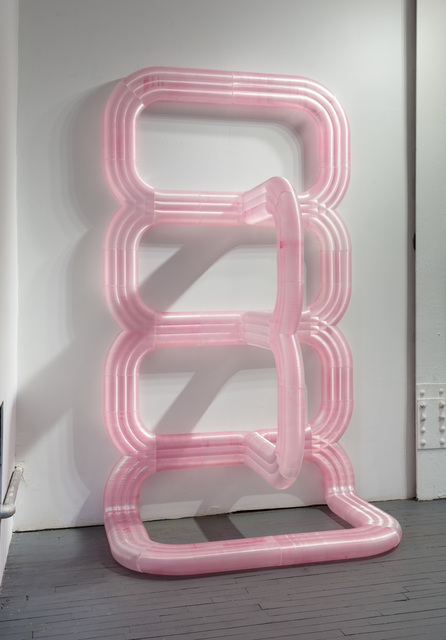 Blindscape: There from Where Nothing Can Be Seen

Slag Gallery is pleased to present in the main gallery Blindscape: There from Where Nothing Can Be Seen, a new series of works by Dan Voinea.  In this body of work, Voinea addresses photophobia as an allegory of a crisis of the sight - as confusion syndrome: inability to focus a reality. The sight no longer has a point of support. The world has become an informal and confusing magma of suggestions, impressions, concepts, and sensations. Photophobia also alludes to the runaway from visibility and to the anxiety resented in contact with a disturbing, discordant, atonal and inconsistent reality, in which man no longer finds a vital center.

Dan Voinea paints invisible spaces and a state of existential baffling. It refers to the condition of the contemporary man, in permanent transition between various realities and media, captive without a goal in a progressively relative, volatile world, which lacks a primordial nature. The Simulacra, according to Baudrillard, replaces all the layers and sublayers of the world; we live in conceptual fields, and the representation successfully blocks almost all the access paths to what was once called "being" and what was called "world." They supported each other through a mutual epic that merged fiction with biography, yet that has vanished nowadays.

Voinea's characters are touched by sleepwalking. They are and are not present; they are disconnected from the space in which they appear. The style evokes the contours, the morphology and the dynamics of palpable reality and the impressionistic dissolutions of the image - which seems to break into emptiness - relate to the ambiguity of purely mental representations whose vision is blurry, diffused, interrupted by shadows.  The protagonists in Voinea's works are captive in an objectless narrative, frozen in the void. Their identity is as imprecise as the connection with the vague space in which they are placed. They have strange, sleepy appearances and seem to be touched by a state of consciousness' blindness. Seemingly depersonalized, they float themselves in virtuality. The rupture between consciousness and the environment - exposed elliptically and in a chromaticity suggesting noise and disorder - shows the confusing and problematic connection the contemporary man has with a world that is becoming more and more prolix and inconsistent. Face expressions allude to Robert Musil's "Man without Qualities," a man whose identity is exposed to a continuous erosion process. "Is not the only spiritual deficiency that the spirit is spiritless?" Musil asks.

Slag Gallery is pleased to present in the project room Adam Brent's most recent work, "Hyper Prismatic Mesh," a monolithic wall to floor sculpture which unfurls with winding grace, offering a sleek aesthetic to the artist's motley visions. Inspired by Julio Le Parc's seminal work La Longue Marche, Brent's sculptural assemblage combines new technology and a range of mediums to explore issues of nature, reflection, relationships, and structure.  The work's sinuous form is made out of extruded, and refractive 3D printed translucent plastic pipes which explore three axes via a seeping pallet of pink and magenta translucent acrylic stains. "This work is as much about new aesthetics as it is about intense material exploration," Brent explains.

Whether it is printing at different settings, painting the inside of freshly printed objects with custom-built tools and brushes, or utilizing a blowtorch to melt off areas for texture - Adam Brent's experimentation of this virtually unexplored medium has resulted in a body of work which pushes technology to its limit.  Brent imbues a sense of mystery in the material, to feel less mechanical and more dynamic as sculptural potential.

About the artist, Dan Voinea

Dan Voinea was born in Brasov, Romania.  He received a fine arts degree, painting section, from the National University of Art in Bucharest, Romania.

Dan Voinea's work has been exhibited in a number of solo and group shows, both nationally and internationally. In 2017 Voinea had a highly acclaimed solo exhibition at Kunsthaus Worms, DE and in the same year, his work was featured at ART@SAP, Waldorf, DE.  In 2014 Voinea's work was presented at Boulder MoCA, Colorado.  This exhibition is Voinea's second solo show at Slag Gallery.  The artist lives and works in Craiova, RO.

About the artist, Adam Brent

Title: Dan Voinea: Blindscape: There from Where Nothing Can Be Seen