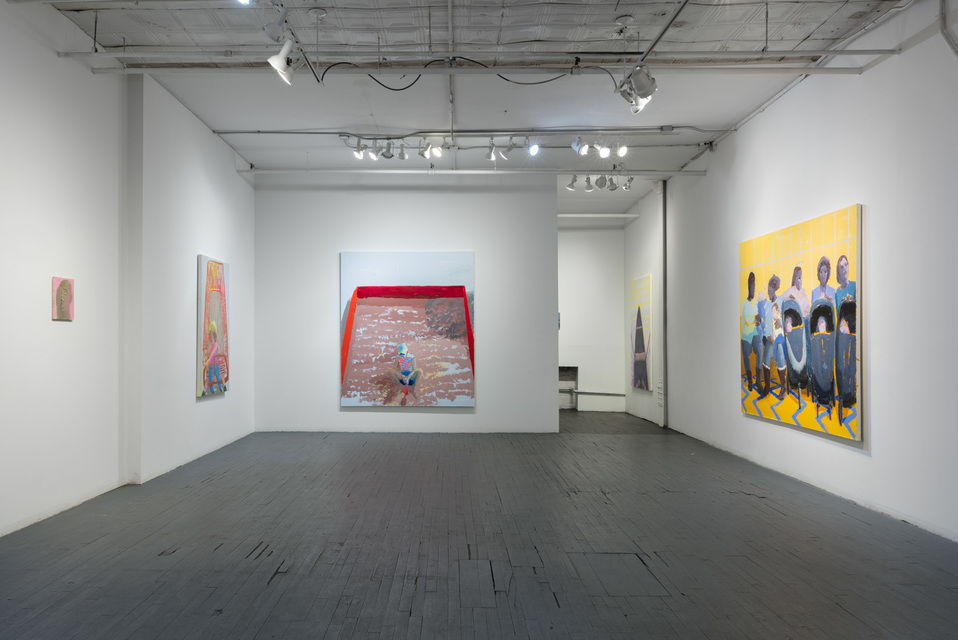 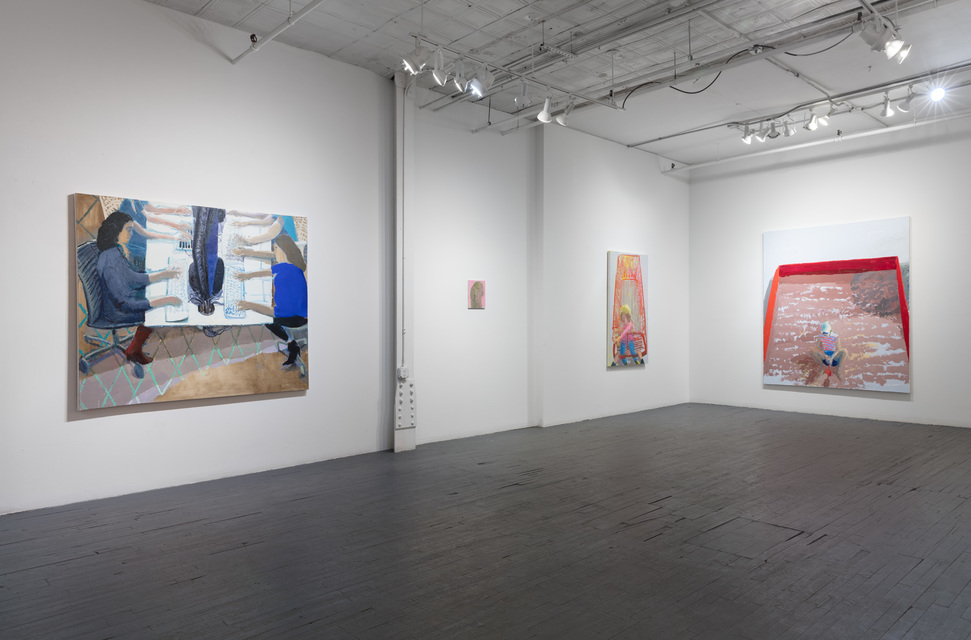 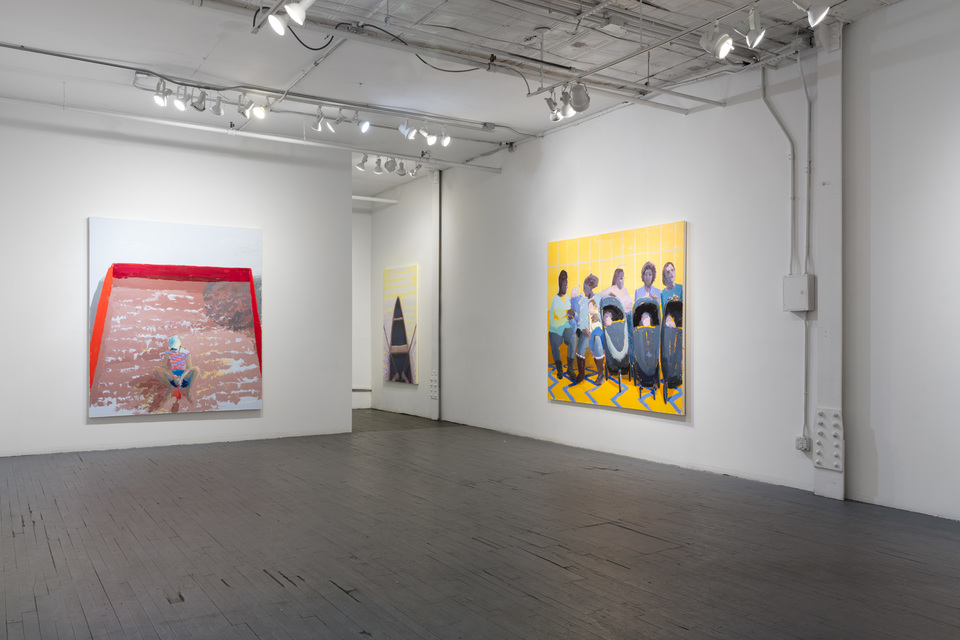 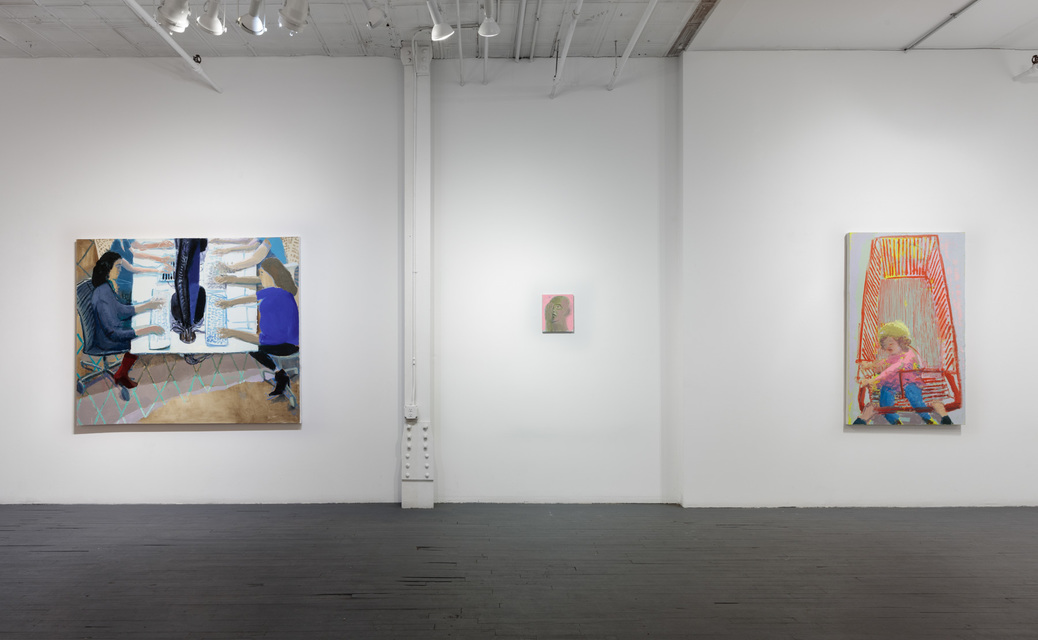 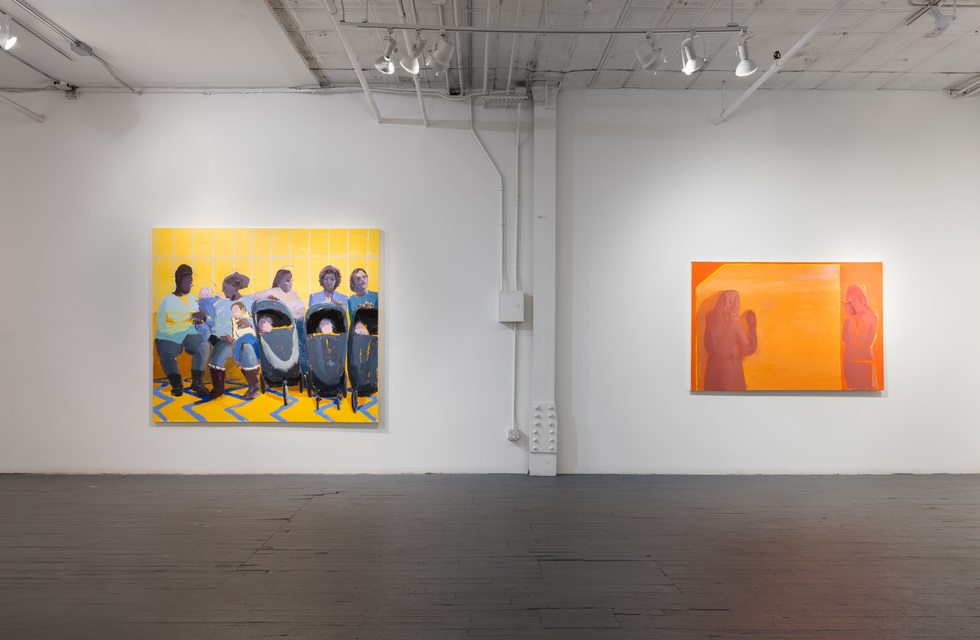 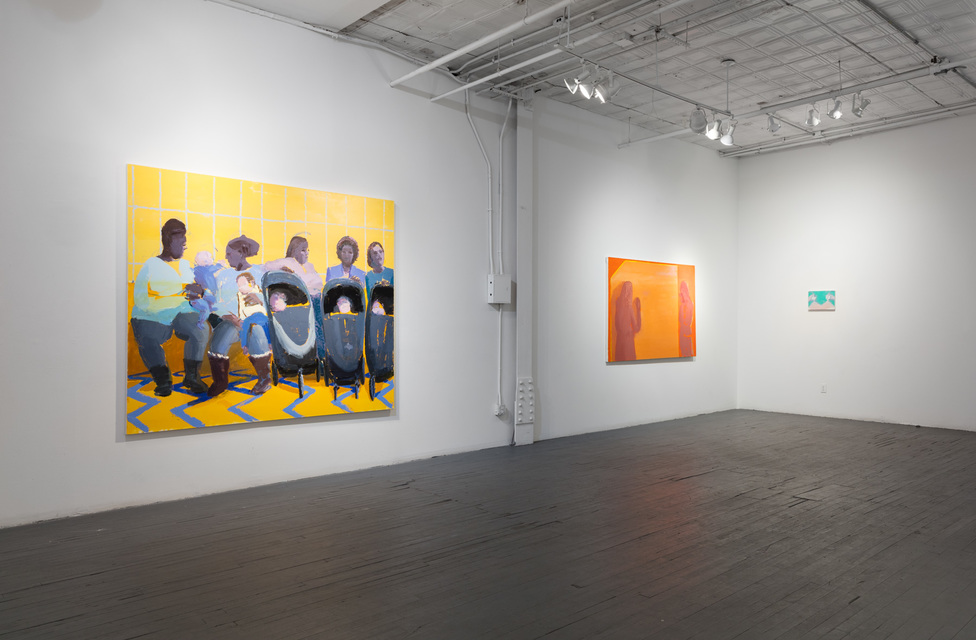 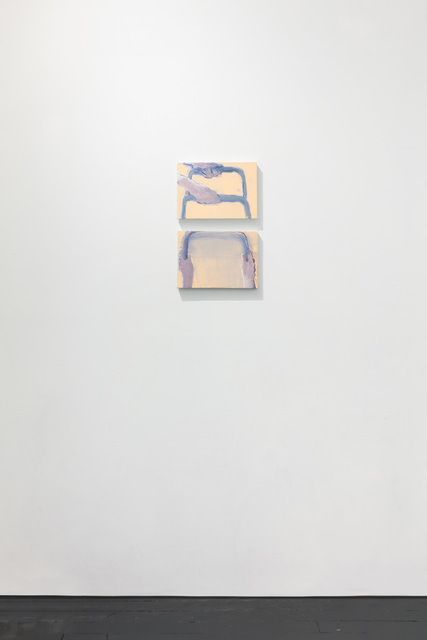 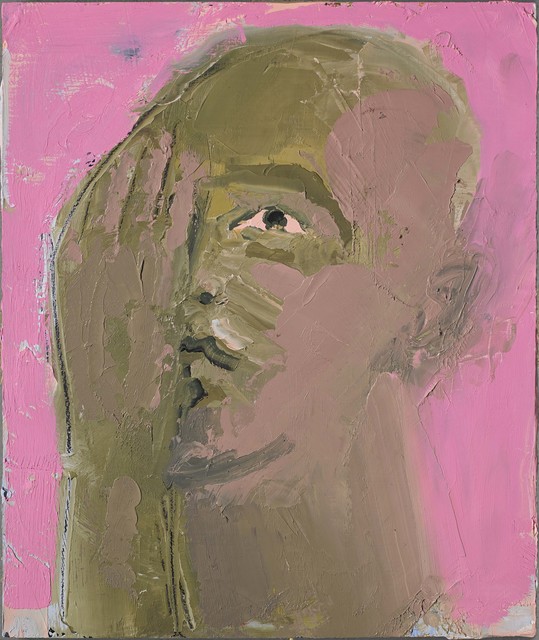 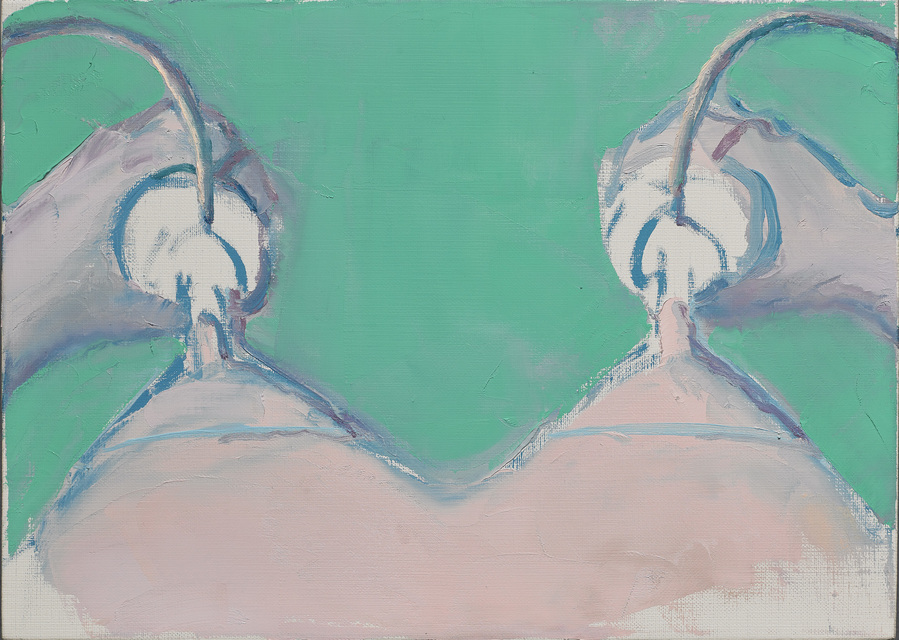 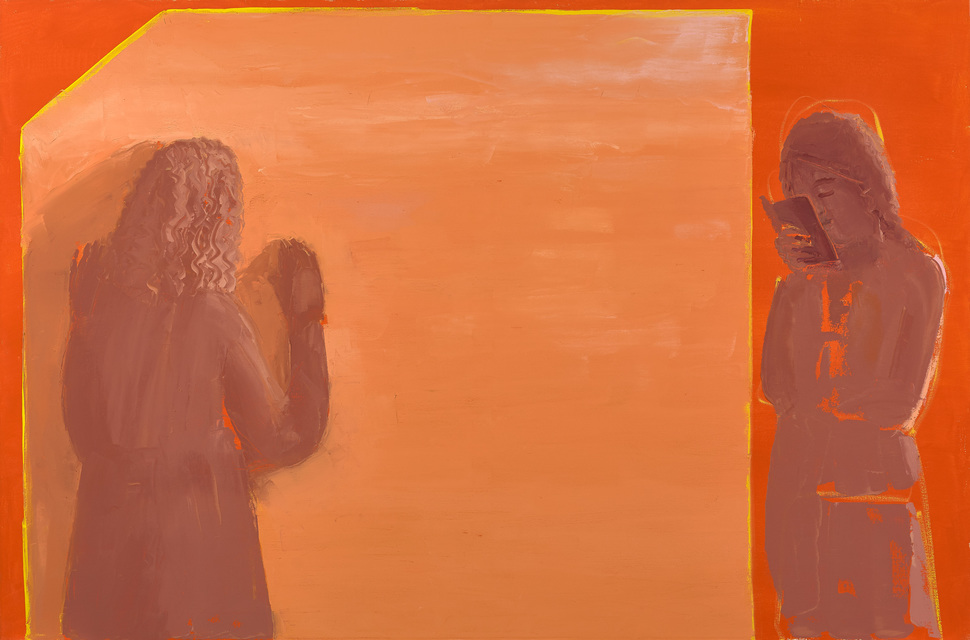 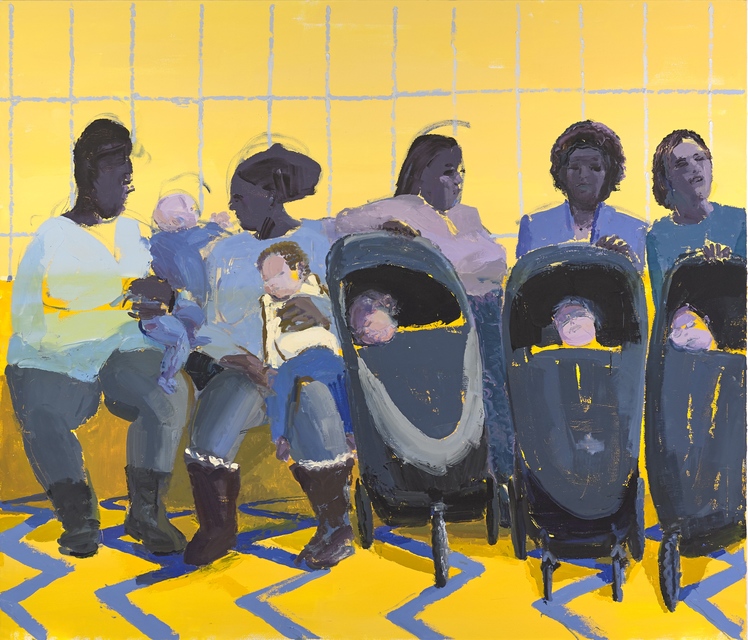 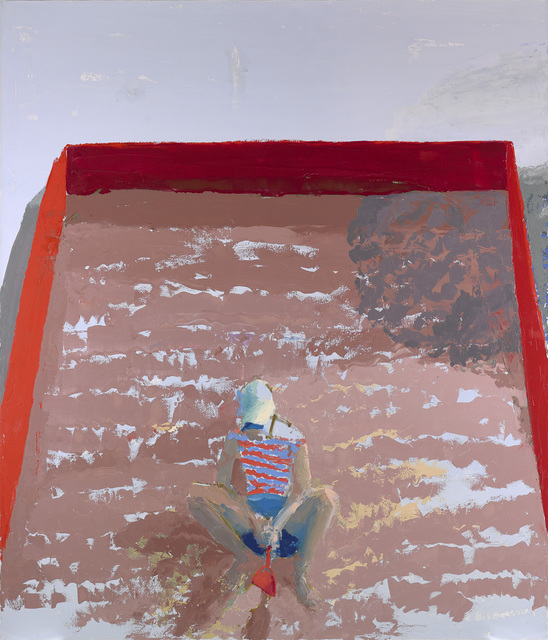 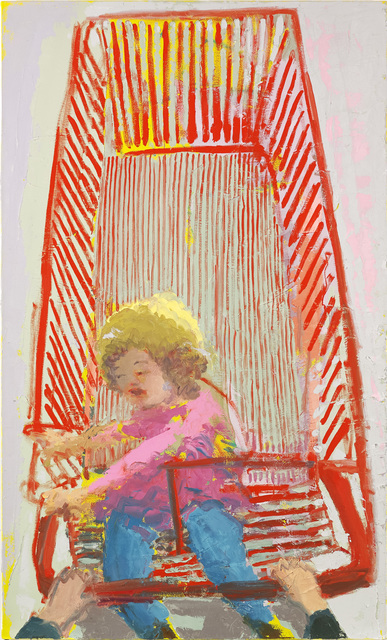 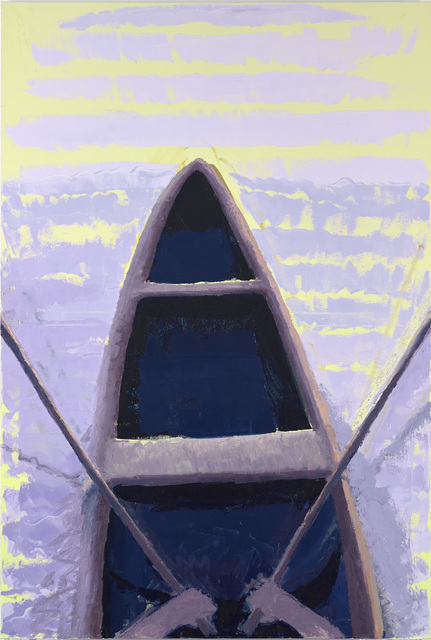 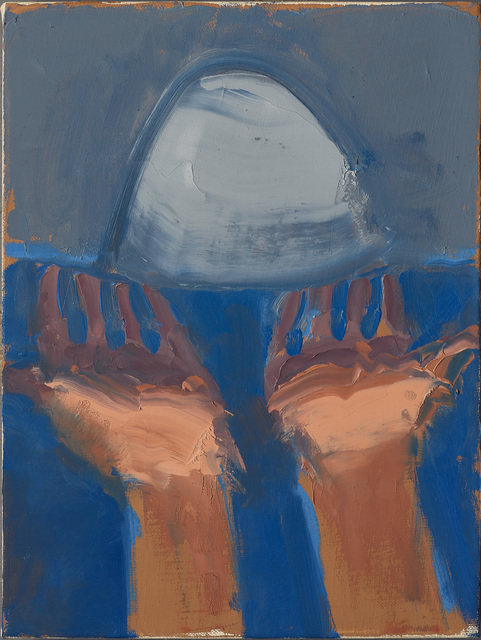 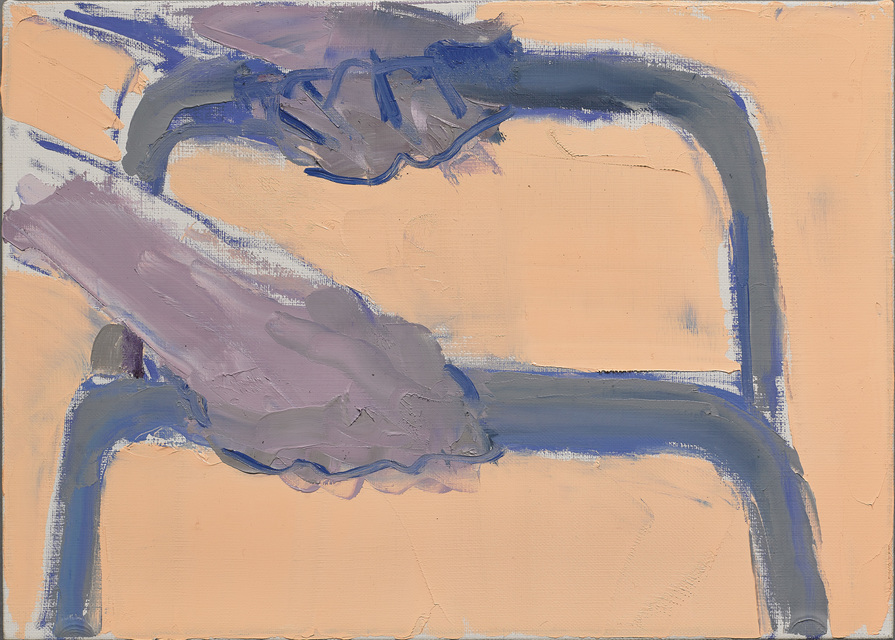 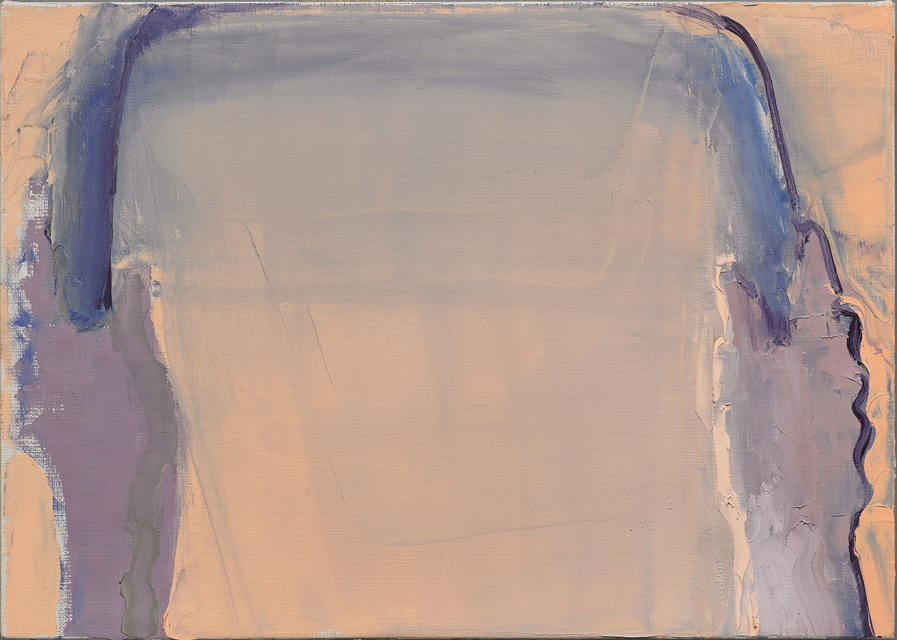 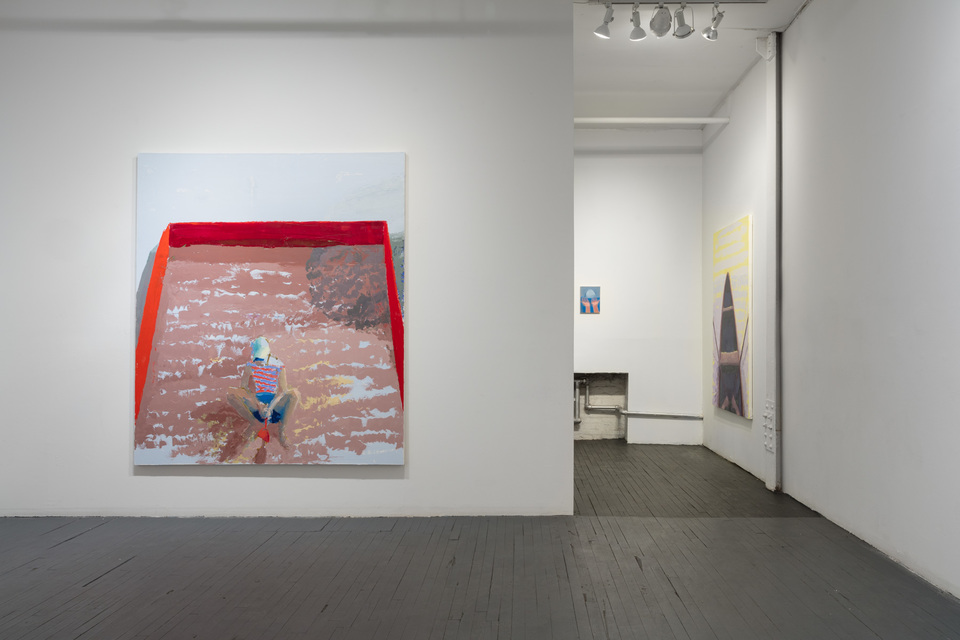 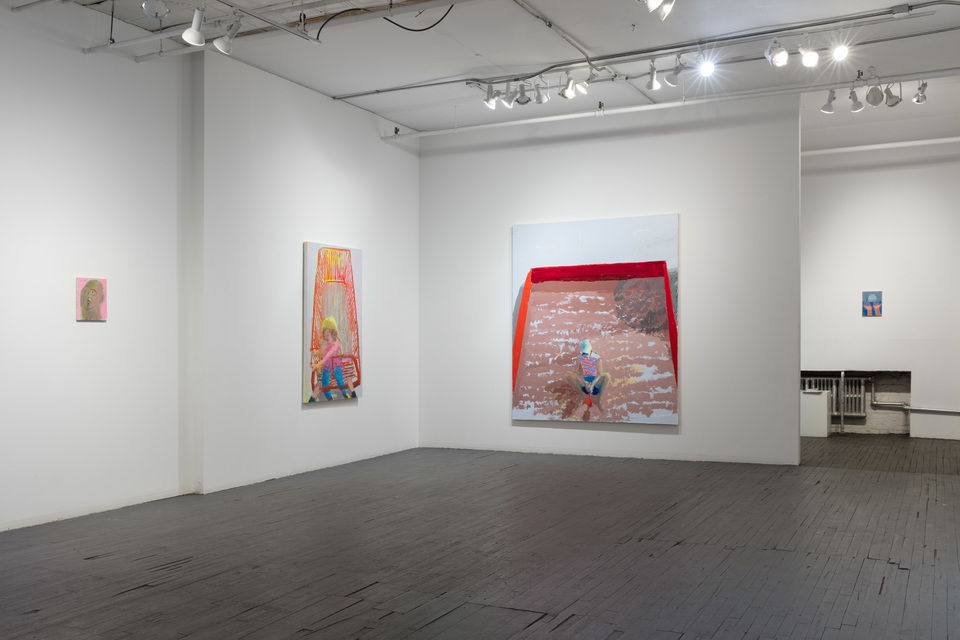 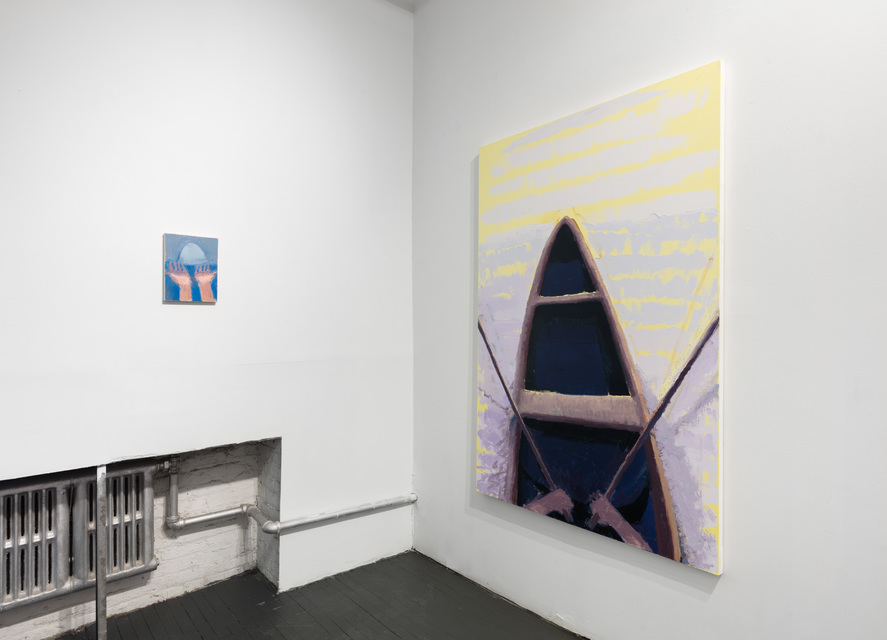 Slag Gallery is pleased to present Close One Eye, a new body of work by Tirtzah Bassel. This exhibition is the artist’s second solo exhibition at Slag Gallery.

Tirtzah Bassel’s paintings are glimpses of life in public that concentrate the politics of space. In the works featured in Close One Eye, the artist renders ideology and power through color and composition with candid, humanistic depictions of everyday actions in shared spaces. Conceived through observation, they reveal their energy through disparate color juxtapositions combined with perspective shifts and figuration that redefine the viewer’s connection with the works’ subjects.

In each painting, Bassel portrays or alludes to a “non-place,” a constructed space that exists for people to occupy temporarily. She is drawn to the proclivity of these spaces to dissolve the line between the concepts of public and private. The inhabitants of a “non-place” seem anonymous, yet their individuality is made vulnerable by their use of the space, a concept that Bassel has previously examined with depictions of airport security checkpoints. In Close One Eye, however, the premise of her work becomes more personal: A shopping cart will fill with personal effects; a search on a library’s computer may reveal one’s interior life; a visit to a holy site bares a spiritual need. Bassel takes these and other locations, instinctually employing her painting knife in both broad and fine, deft strokes to capture her subjects. Limiting her palette and eschewing strict perspective, Bassel uses unalloyed color to produce her clashing fields of paint that command the viewer’s gaze.

The title work, “Close One Eye,” depicts the face and neck of a man as he covers his right eye with his right hand. Comprising only two colors, Bassel had sketched the moment while watching individuals take eye exams at a governmental office, their biometric information probed in a public space while they unselfconsciously expose a potential vulnerability. In “Grand Army Plaza BPL,” a group of five black women attired in hues of blue sit hip-to-hip on a bench, each one minding a pink baby. Bassel enclosed the tight space with a bright yellow backdrop and floor, the repetitive arrangement of the women and their wards pointing to a larger pattern that continues well beyond the borders of the canvas. In these two works as well as the others, the artist’s striking and expressive style distills the emotional composition of the scenes they capture. In so doing, she repositions her subjects in relation to their surroundings and invites the viewer into a new relationship with what they see.

About the artist, Tirtzah Bassel

Tirtzah Bassel is an artist based in New York. Her drawings, paintings, and site-responsive installations explore the relationships between power and space, and the permeable borders between public and private domains. Recent exhibition venues include Galerie Thomas Fuchs, Stuttgart, Germany (2018), Kunstverein Worms, Germany (2017), Volta NY (2017), FOR-SITE Foundation, California (2016), BRIC Arts Media Center, Brooklyn (2016), The Visual Arts Center, New Jersey (2015),  Slag Gallery, Brooklyn (2014, 2015), Open Source Gallery, Brooklyn (2015),  The Firehouse Plaza Art Gallery at Nassau Community College, New York (2015) and Volta Basel, Switzerland (2015). Her work has appeared in Frieze Magazine, Hyperallergic, The Boston Globe, KQED, San Fransisco Chronicle, The Art Newspaper, Huffington Post and Arts in Bushwick, among others. Tirtzah Bassel holds an MFA from Boston University and she studied drawing and painting at the Jerusalem Studio School in Israel. She is a faculty member in the Visual and Critical Studies Department at The School of Visual Arts in New York and a resident artist in the Chashama Workspace Program in Sunset Park, Brooklyn. Bassel is represented by Slag Gallery in Brooklyn and Galerie Thomas Fuchs in Stuttgart, Germany.

Slag Gallery is committed to present work by emerging artists and to support and sustainably nourish their careers.  With this at its’ core, the gallery’s efforts concentrate on local and international exposure of works by artists in its’ roster, by providing the cultural exchange with art institutions and organizations, publishing catalogues, collaborating with other galleries, and participating in Art Fairs.