We Are Invisible Here 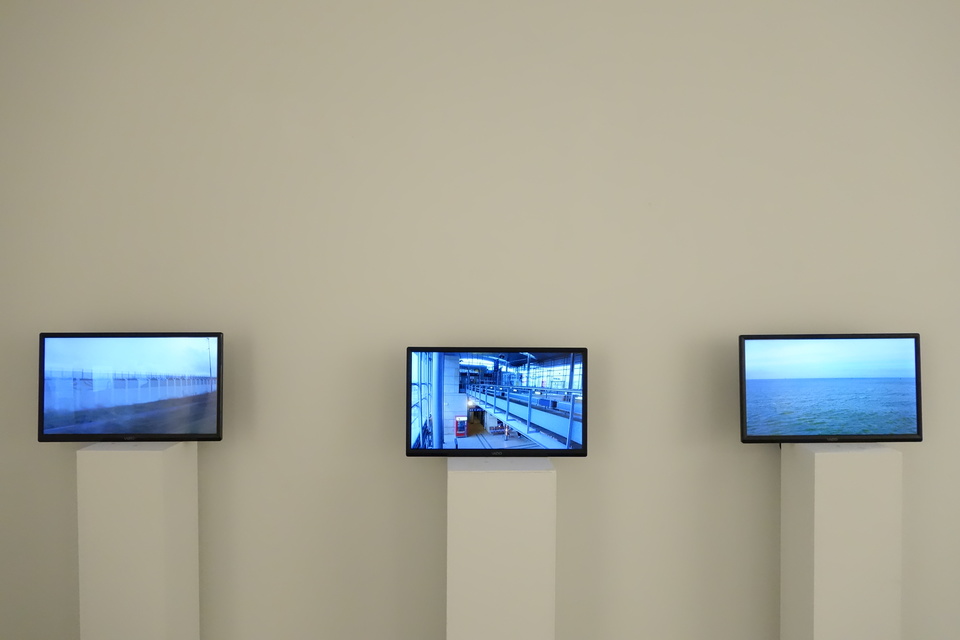 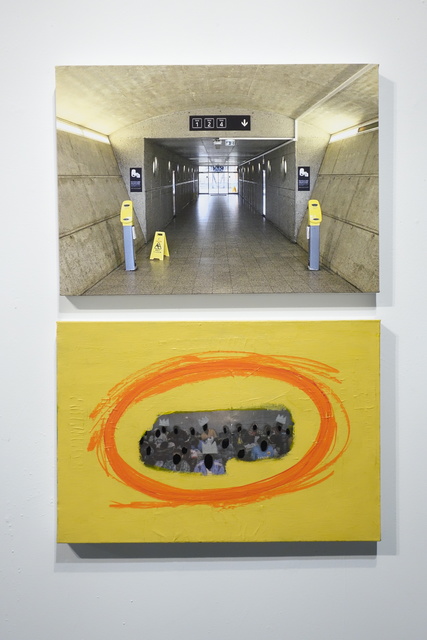 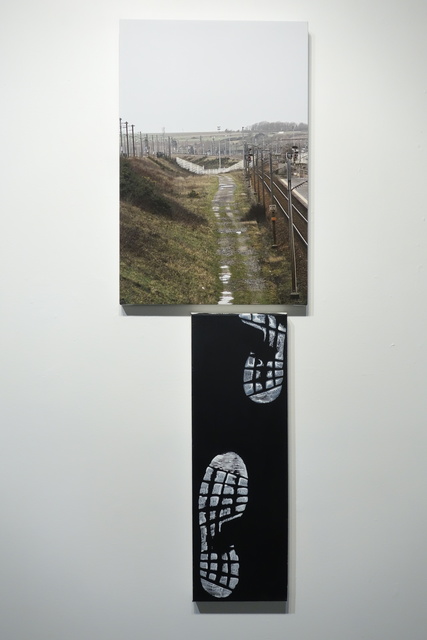 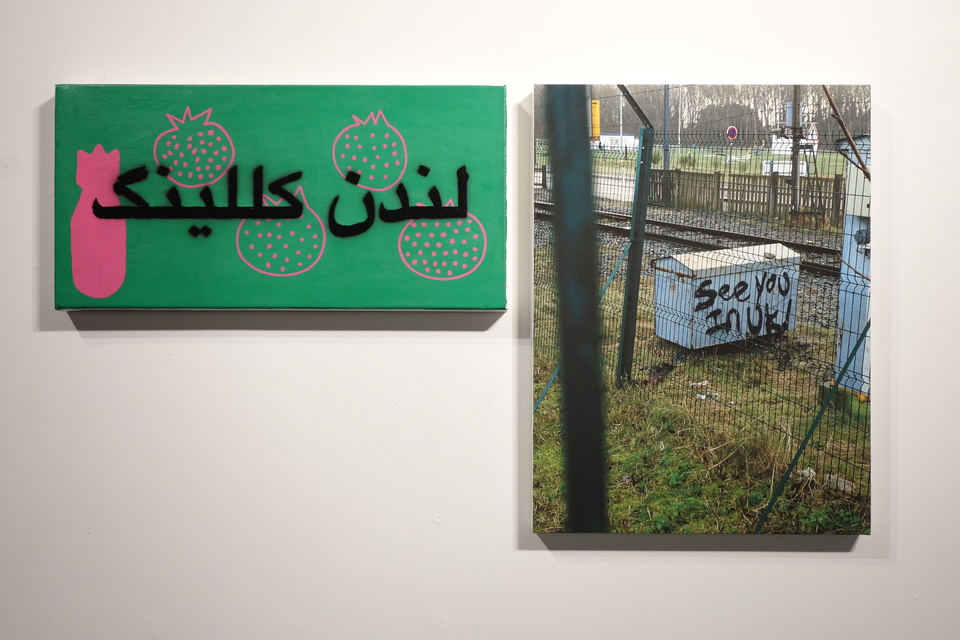 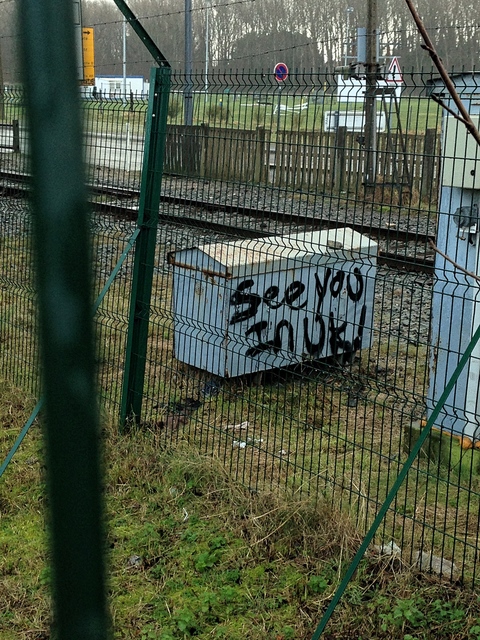 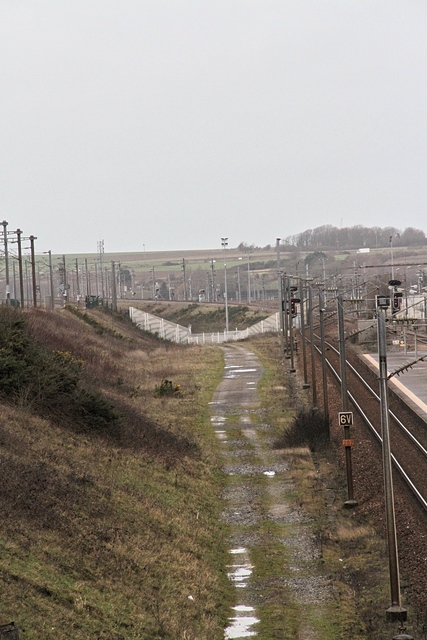 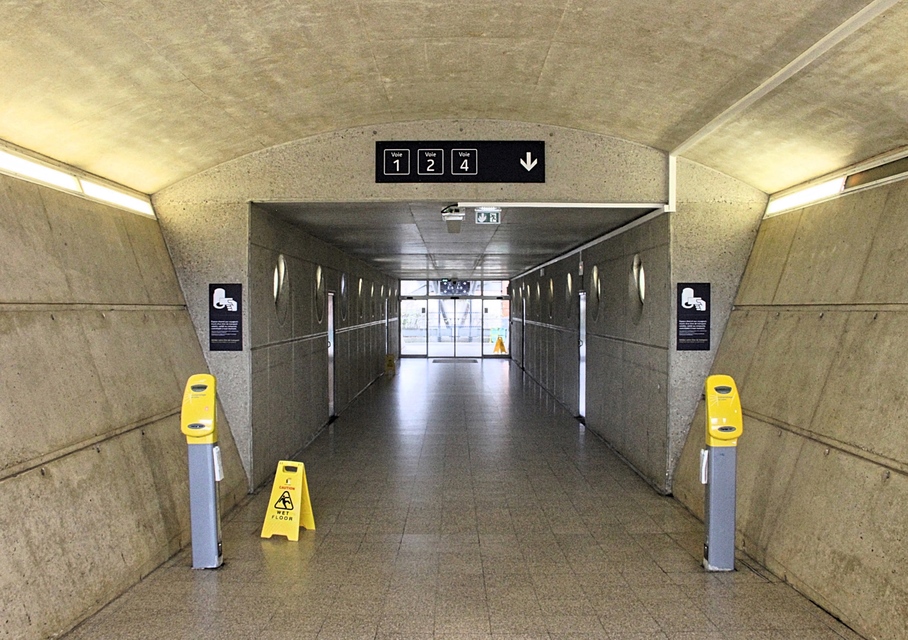 the processed
Previous Next

Slag Gallery is pleased to present We Are Invisible Here, an exhibition of paintings, photographs, and videos from a new body of work by Afghan-American artist Amanullah Mojadidi. This is his first solo show with Slag Gallery.

Amanullah Mojadidi recognizes the power of storytelling in forming our identities, communities, politics, and anxieties. In We Are Invisible Here, the migrant encampment the Jungle, in Calais, France, becomes the setting for the artist to challenge popular narratives of migration. With an official population count surpassing 8,000 migrants and refugees from Africa and the Middle East when French authorities destroyed it in October 2016, the Jungle had captured the attentions of political demagogues and media outlets that had reduced migrants to avatars of either criminality or suffering. It was and remains “an essential place” in the migration history of Europe, Mojadidi says, but he leaves migrants and refugees out of his works, instead looking closely at the site itself. Walls, fences, and other barriers guide migrants’ paths across Europe, and these structures form the distinct lines that comprise the artist’s compositions. His photos and videos of the in-between spaces demarked by these arbitrary obstacles capture the tension, hope, despair, and ambiguity experienced by the individuals that pass by or through them, disappearing into a society that, without the rights and agency of citizens, they experience as a dystopia.

While more intimate in nature than Mojadidi’s earlier bodies of work, the six pieces in We Are Invisible Here build on the subject matter of his previous works. His oeuvre of performances and site specific installations are ethnographic experiments in which he deploys his training in cultural anthropology: As both a collector and adaptor of both personal and paradigmatic narratives, he utilizes a variety of media, disciplines, and genres, from academic practices to subversive, prank-like performances that don’t exploit their participants or audiences, but rather disrupt the histories that inform their fears and identities. He has set up a medical clinic to inoculate people against racism (Immunization Clinic,” 2016), impersonated a Kabul police officer to pay “reverse bribes” to Afghani citizens (“Payback,” 2009), and recently installed pay phones in Times Square that he repurposed to ring and play 70 stories collected from each of New York City’s five boroughs, from individuals originating from 26 countries (“Once Upon a Place,” 2017).

The intimacy of the works in We Are Invisible Here results from Mojadidi’s finer focus on aspects and anecdotes of individual migrants’ experiences as well as his own history; the artist calls himself Afghan-bred and American-born and lived in Afghanistan for 12 years after the Taliban government fell, establishing both a place in its arts scene and lifelong relationships. For the three diptychs he developed for the show, the artist has paired three photographs from Calais with three paintings he created in reaction to each photo, each one informed by his interviews with Afghan migrants he’s met in his current city of Paris. In the “The Horizon” (2019, photo, acrylic on canvas) a symmetrically composed photograph guides the viewer’s eye down a desolate path along a railroad until the path is abruptly severed by a fence. Its companion painting is constituted by the worn sole prints from sneakers that an Afghan migrant wore on two failed attempts to reach his wife in Germany. In “The Song” (2019, photo, acrylic on canvas), Mojadidi finds parallels between the Soviet invasion of Afghanistan in 1979—a war resulting in the deaths of 163 of his family members and which he entered briefly as a teenager in 1990—and the condition of Afghanistan 40 years later. A recent graffiti tag in a photo of empty Calais train tracks reads “See you in UK!”—evoking The Clash’s 1979 album, “London Calling,” a record that marked the artist’s youth. For its companion painting, Mojadidi stenciled “London Calling,” transliterated into Arabic, along with bomb symbols in the colors of the album cover.

While the migrants within Mojadidi’s works are either obscured or altogether missing from the sites featured in the works, they remain the gravity around which the narratives within the works form. The locations that the artist features are the settings for the migration stories that political leaders and the media tell the public, but the settings for these simplistic and narrow narratives are only a template, a template the artist fractures with the works in this exhibition, elevating the migrants’ humanity above the tropes that desensitize the public to the migrants’ experiences. These works exist as pathways into their lives that are not corrupted by paradigms of the migrants’ ostensible trespasses or miseries, nudging the viewer toward alterative narratives of the migrant and refugee experience.