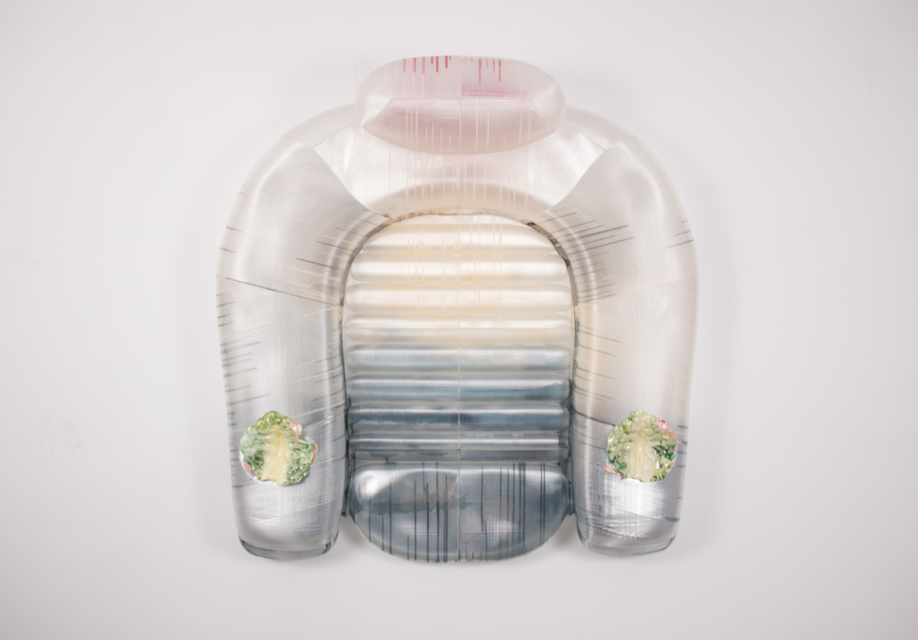 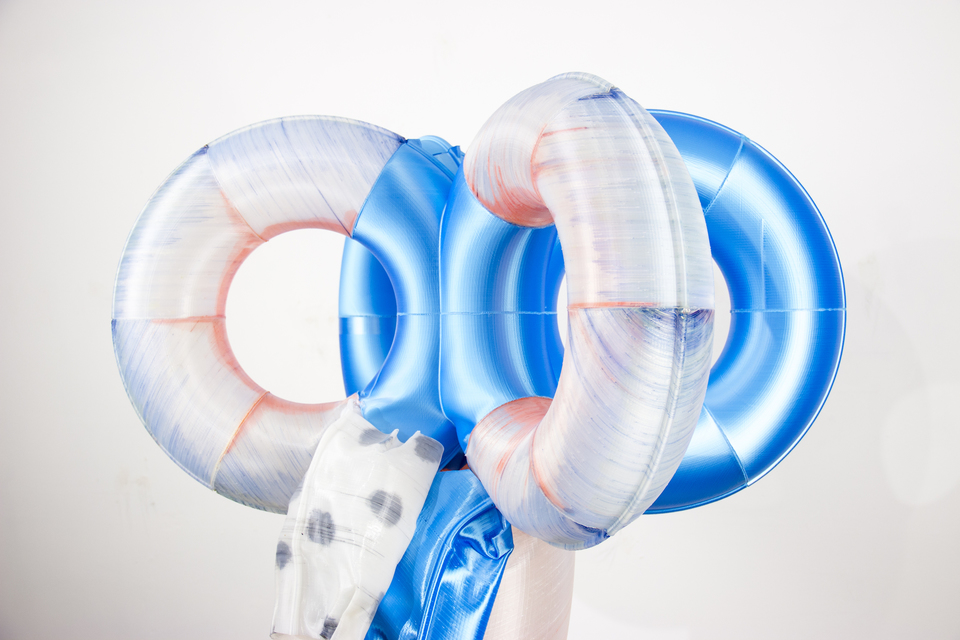 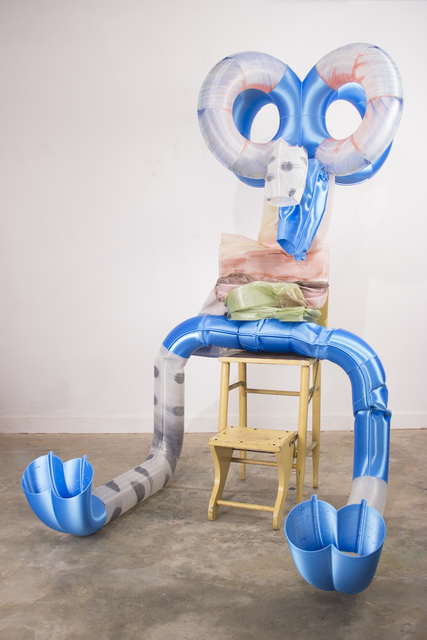 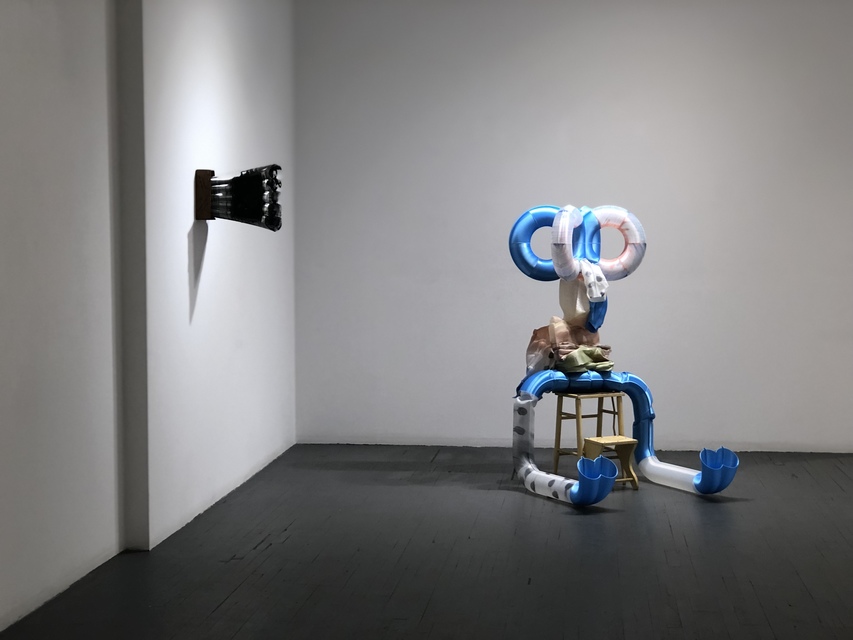 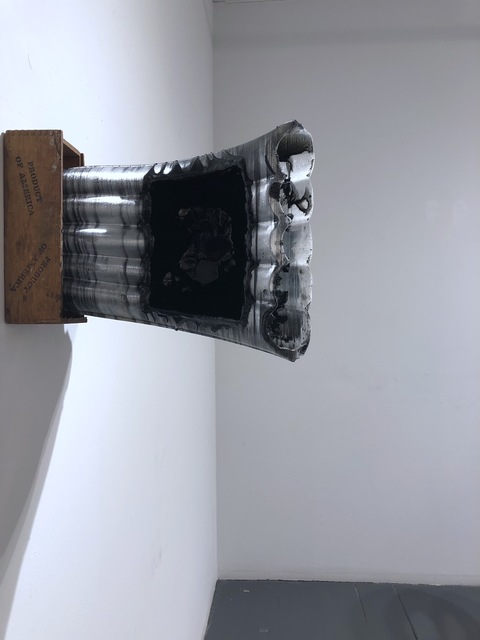 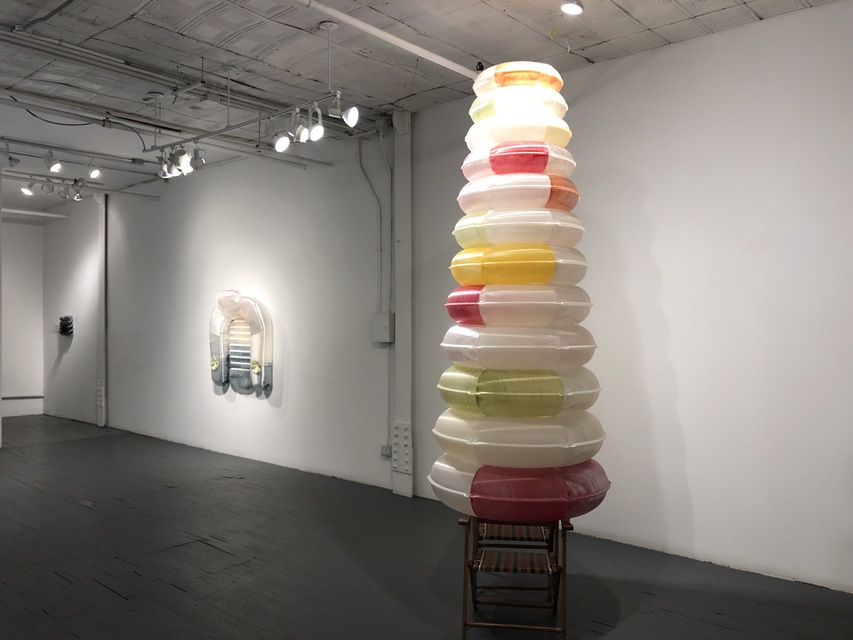 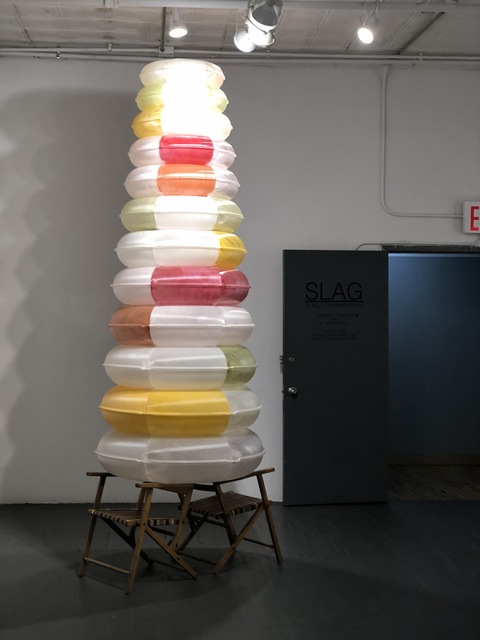 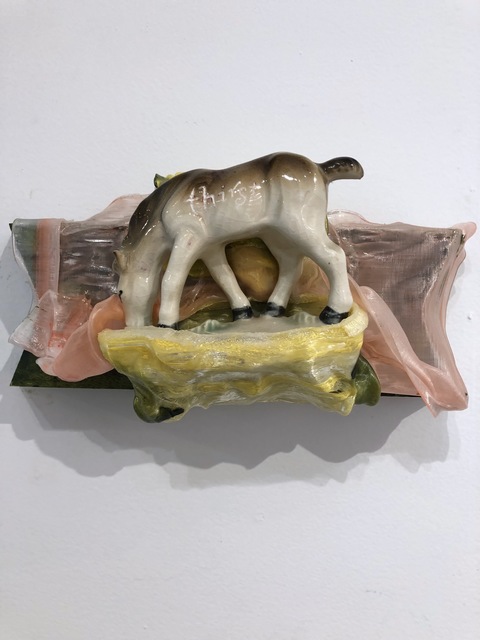 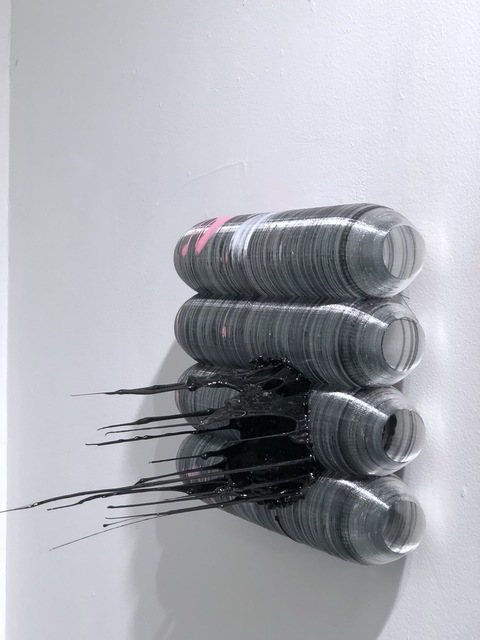 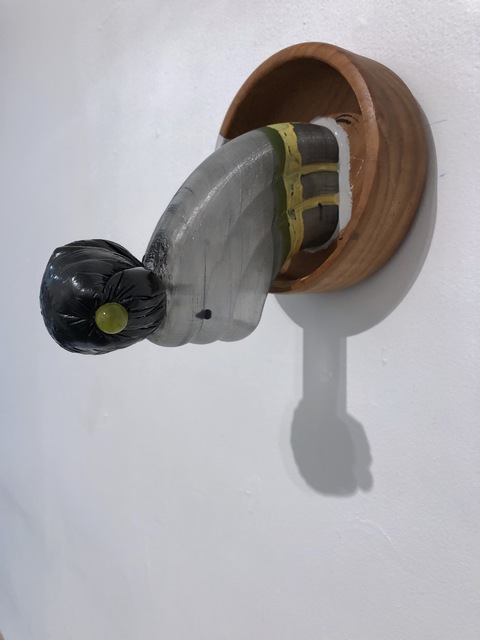 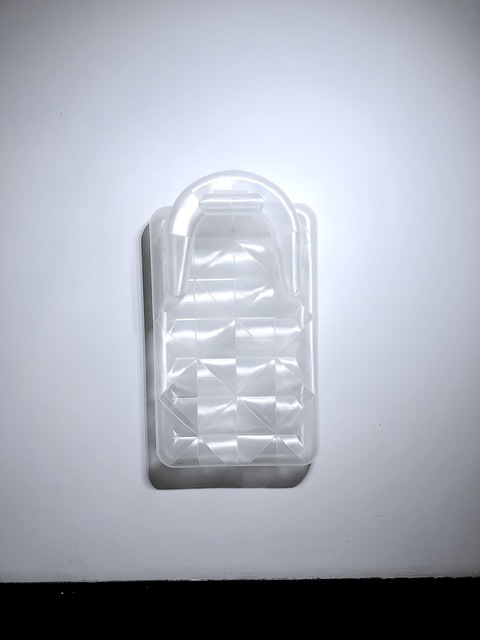 Slag Gallery is pleased to present Adam Brent's Preserver, a solo show which consists of new work from the past year as well as a series of collaborations with the artist Jamison Carter.

In this exhibition, Brent’s second solo show at the gallery, the artist pushes both scale and process in his one of kind 3D printed sculptures and assemblages that continue his exploration of nostalgia mixed with technology. The dimension and buoyancy of these works—forms found in common pool floats and rafts, each reinterpreted and meticulously modeled with a CAD program—conduct both the viewer’s gaze and movement throughout the exhibition, while his collaborations with Carter bleed together via the high sheen and dark reflections of the plastic materials of which they are composed. Fastidiously assembled, this series of freestanding and wall sculptures seem to push the structural limitations of plastic 3D printing beyond its perceivable limits, the titular central sculpture spanning nearly 11 feet.

Brent began his exploration of the forms found in pool floats because of the lightness and joy associated with these seemingly innocuous objects. With his current work, these forms have come to reveal themselves as deflated and deformed, and both his individual and collaborative works seem to betray seeming hopelessness, the oozing colors of the glossy dark volumes coalescing into melancholic ripples and wrinkles. In contrast, the freestanding sculpture “Hope Floats II” ascends to 11 feet, narrowing as it reaches towards the ceiling, tightening its aperture and pointing to a hopeful vision and the prospect of the formal column’s end.

“I have increasingly used a parametric CAD application to develop completely novel forms as bodies for painting, since in 2012,” Brent says. “Painting inside these bodies emphasizes the materiality of the 3D printed PLA plastic surface and provides me with a technical and volumetric place to apply my paint. As I've become more familiar with the endless tech associated with 3D printing and digital modeling, I've come to think of this manner of painting as my unique and open zone in which anything that can be visualized can be realized—an essentially endless studio, so to speak, where I can create entirely new forms and bodies unknown to the world.”

Jamison Carter and Adam Brent met at Nova Noah’s Ark Project in 1997 where they risked their lives daily as well as fabricated and installed many humongous sculptures designed by the artist Nova Mihai Popa.

About the artist, Adam Brent:

About the artist, Jamison Carter:

Born in North Carolina, Jamison Carter is an artist living and working in Los Angeles. His work includes sculpture, installation, painting, drawing, and printmaking. Generally working in various materials in purposefully mediated ways, the current body of work is drawing on the mediation between material and maker, process, and intervention.

Jamison has shown widely throughout Southern California as well as New York, Miami, and Italy.  He received his MFA from Cranbrook Academy of Art in 2001 and currently teaches Sculpture and 3D Design at Los Angeles Valley College.  Jamison Carter is represented by Klowden Mann, Culver City, California.