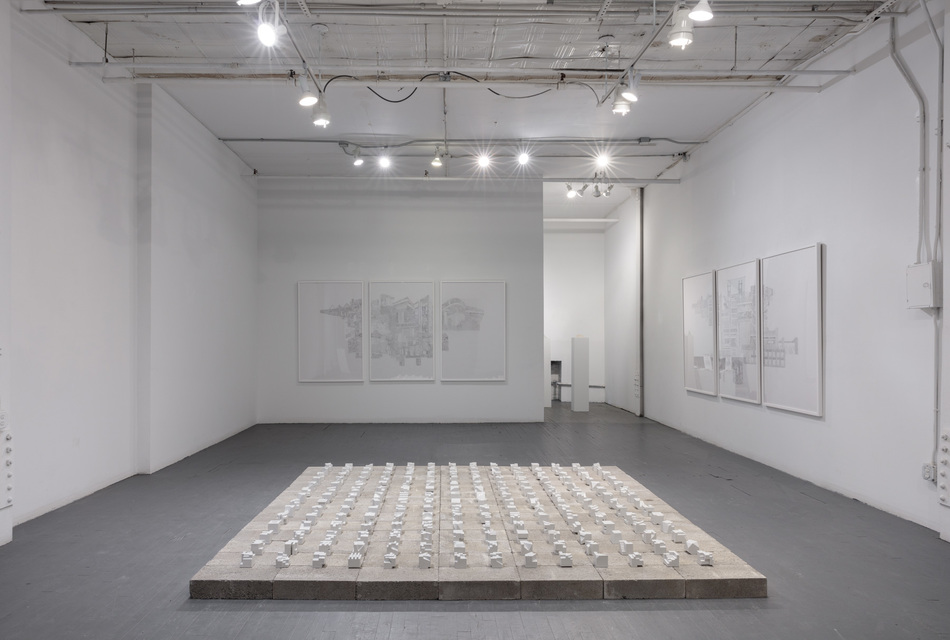 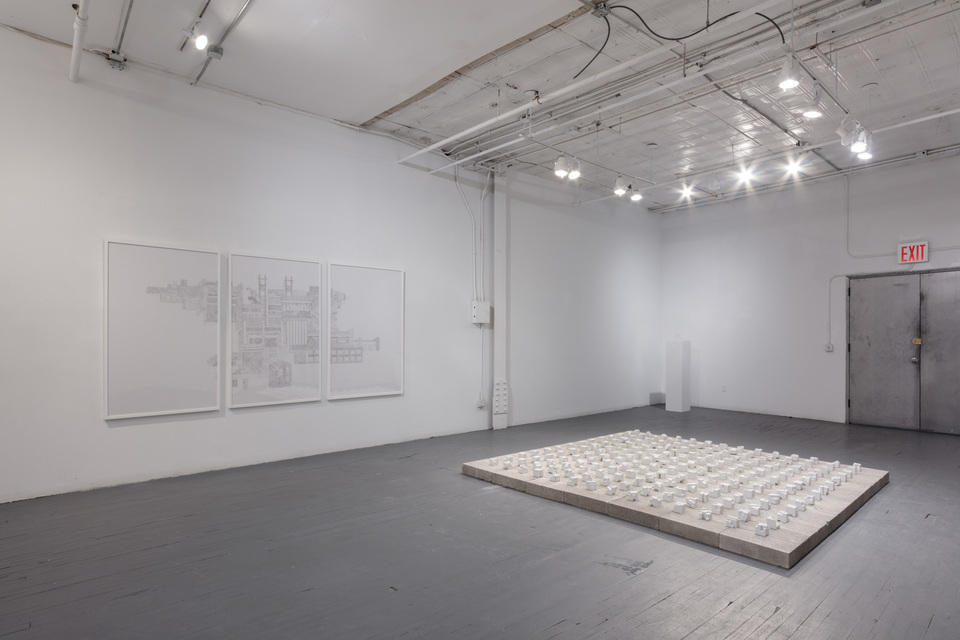 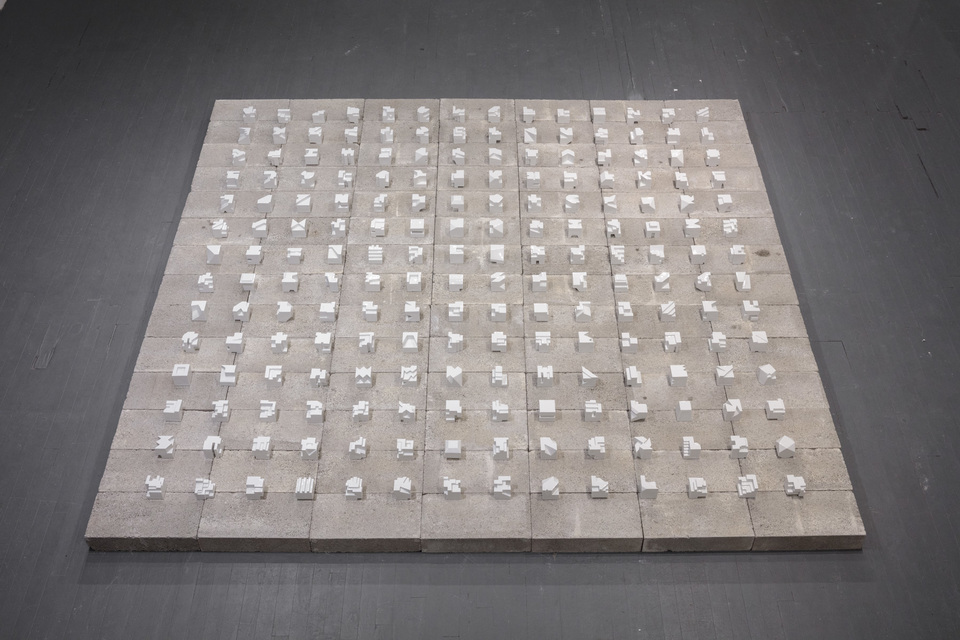 Installation of 196 objects made of hard paste porcelain, 2019 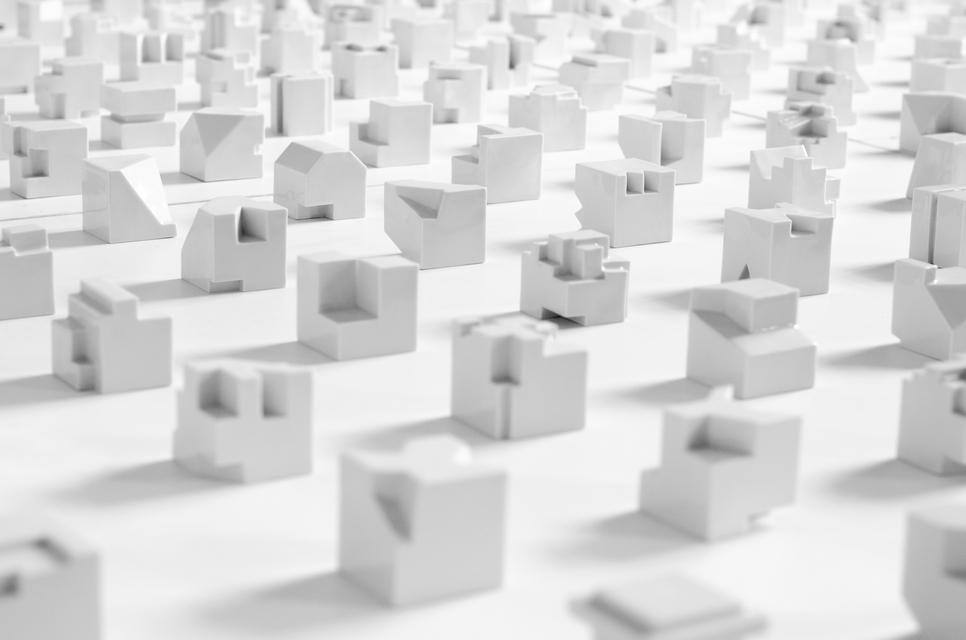 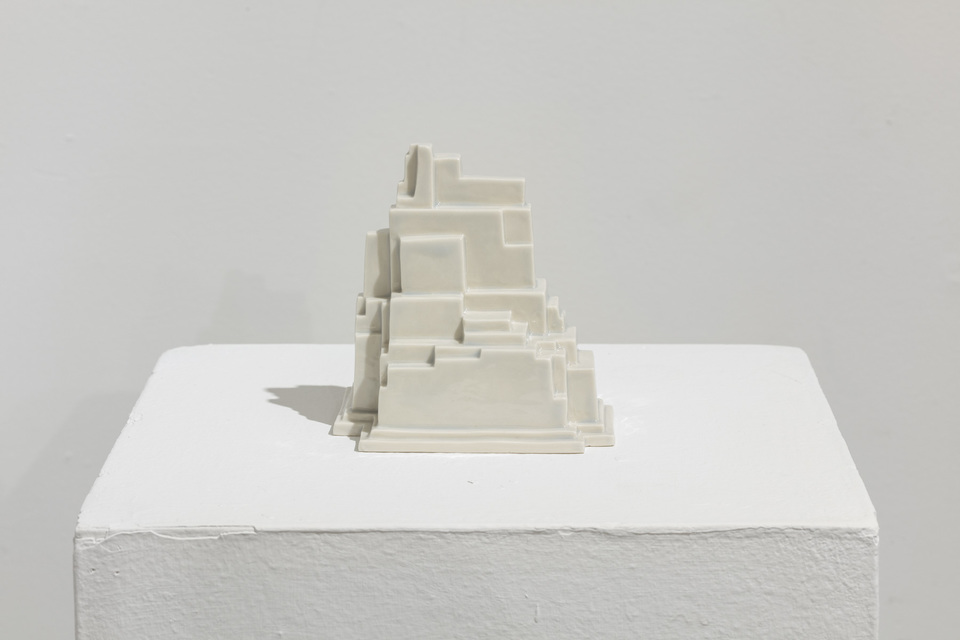 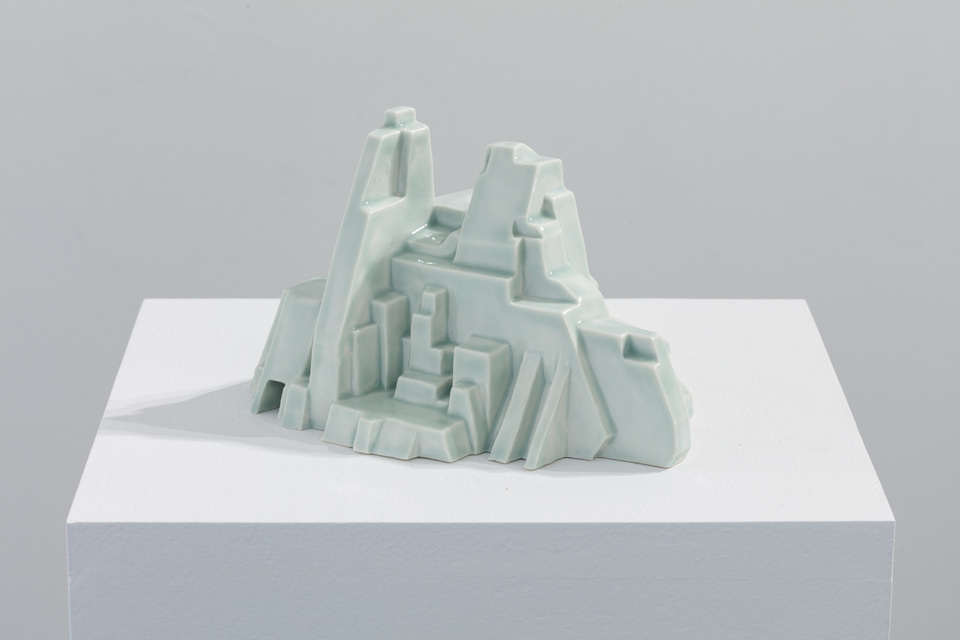 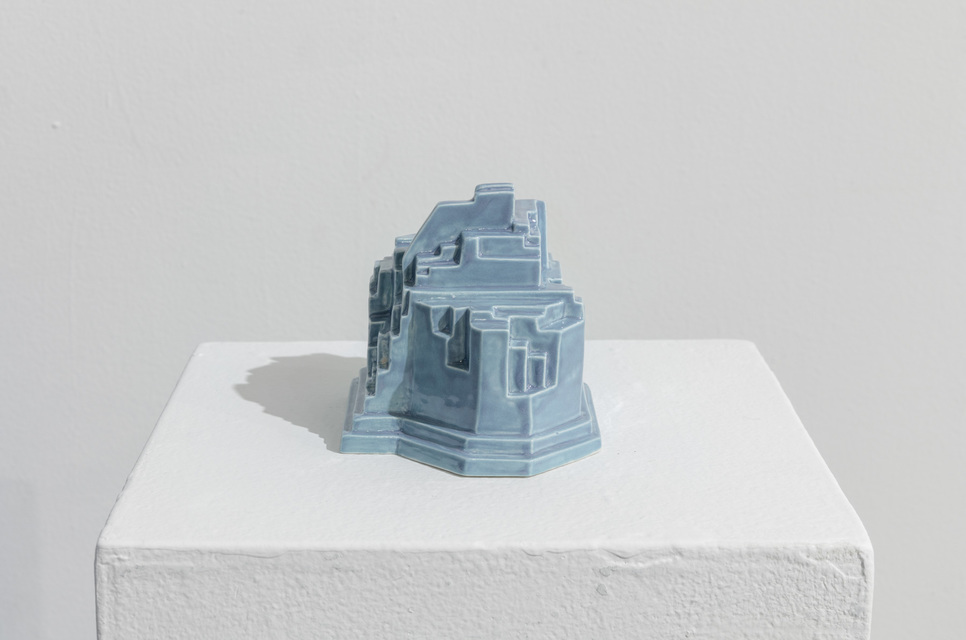 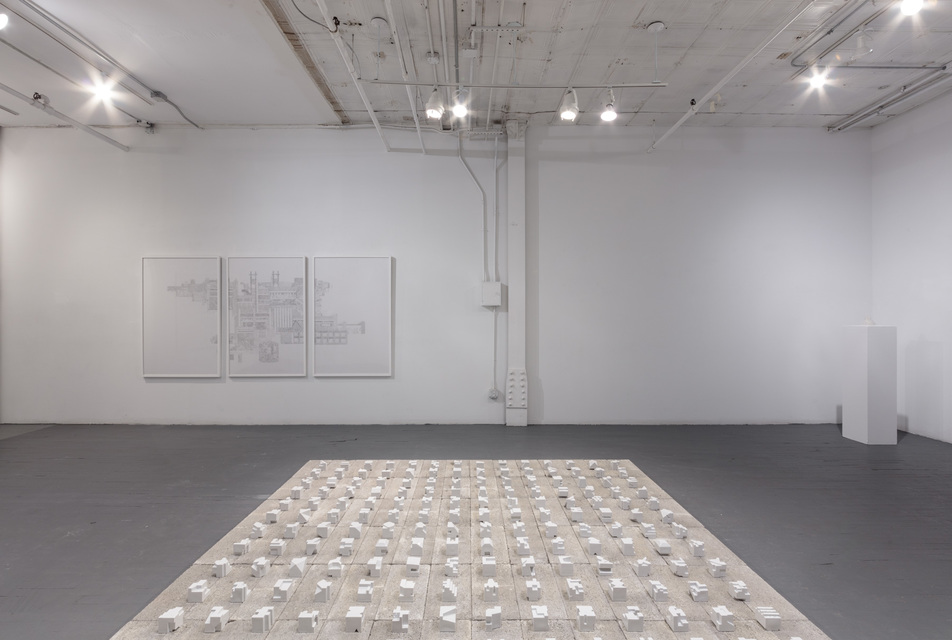 Slag Gallery is pleased to present Utopia, a solo exhibition by Japanese artist, Yumiko Ono.
In this exhibition, Ono’s first solo show at the gallery, the artist continues her exploration of utopian architecture. Ono's view on Japan, her native country, as a place suspended between East and West, is reflected in the work she creates.

With a national preference for the formal, ritual, and societal standardizations, Japan and the former Eastern Socialist states exhibit similarities in both societal norms as well as architecture.

The work Utopia, inspired by Soviet architecture was produced at the Imperial Porcelain Factory in Saint Petersburg. The installation consists of 196 pieces of
abstract objects, each with the same weight of 181g (0.39lb).  Ono created 196 different objects each as a symbol of every country in the world. By making all
the objects of equal weight, Ono recreates a world in which the power is equally distributed to all its constituents.

The drawings of the series, Pavilion, as well as the porcelain series, Pan-City, are influenced by Brutalist architecture in the USA. By utilizing elements from
both the East and the West, Ono attempts to create a place where spatial and temporal indicators are fused "nowhere".

About the artist, Yumiko Ono:

Slag Gallery is committed to present work by emerging artists and to support and sustainably nourish their careers.  With this at its’ core, the gallery’s efforts concentrate on local and international exposure of works by artists in its’ roster, by providing the cultural exchange with art institutions and organizations,
publishing catalogs, collaborating with other galleries, and participating in Art Fairs.
The artists of Slag Gallery have been included in a number of internationally recognized exhibitions, such as the Venice Biennale (2001), the Istanbul
Biennale (2011), Prague Biennial (2011), along with exhibitions at museums and institutions such as PS1 in New York; The Drawing Center, NY; Brooklyn
Museum, NY; Marina Abramović Institute, San Francisco; Kunsthalle Budapest (Mucsarnok); MODEM Modern and Contemporary Art Center, Debrecen;
National Museum of Contemporary Art, Bucharest; MKM Museum Kuppersmühle, Duisburg; Kultur Fabrik, Luxembourg; Brukental Museum, Sibiu;
The Museum of New Art, Detroit; NJMoCA; Herzliya Museum of Contemporary Art, Israel; Queens Museum of Art, NY; Birmingham Museum of Art: Boulder
MoCA; the Islip Museum of Art, NY; Marfa Contemporary, TX; Kunsthaus Worms, GE; Kunstverein Viernheim, GE.

Slag Gallery was inaugurated in June 2008 in Chelsea, NY, and in 2012 the
gallery moved to Bushwick.